The material culture of Lunenburg County reflects strong links back to decorative folk arts and crafts as practiced in the German principalities at the time of emigration to Nova Scotia. Among the holdings at the Nova Scotia Archives, for example, are numerous examples of German penmanship, or Fraktur, created by the early settlers. The decorative folk art known as Fraktur has been well described by Michael Bird and Terry Kobayashi:

One of the most distinctive and recognizable types of Pennsylvania-German folk art is manuscript illumination; known more familiarly as Fraktur. Developing from an earlier period in Medieval Europe when the flowing Carolingian cursive script was replaced by a more ornamental lettering (called loosely, 'gothic', 'black-letter' or Fraktur), this decorative printing flourished in Germany, Switzerland, and later, Pennsylvania. In addition to hand-lettered texts, there appeared many hand-drawn decorations: hearts, stars, tulips, birds, and other elements. Appearing originally as book margin decoration, these motifs eventually became as prominent as the text itself and in many cases overpowered or even replaced it altogether.

Another outstanding example is the Fraktur created by Henrich Moser — his name is usually anglicized to 'Henry Moser' — who was born in Switzerland, but immigrated with his parents and siblings to Nova Scotia on the Speedwell in 1751. As part of the 'Foreign Protestant' migration, the family initially settled in Kingsburg, Lunenburg County; some forty years later, however, in 1796, Henry purchased land and moved to Necum Teuch Harbour in Halifax County. Both the river which flows into the harbour and the community which grew up around the river, came to be known as Moser River.

The individual panels of Moser's Fraktur form an immigrant's lament for family, friends and homeland left behind, and as well, an affirmation of belief in God's sustaining presence:

Oh my God, yes you have separated me
from my loved ones so very far apart.
They do not know what is happening
to me, although I am always with them
in my heart and thoughts.

I still am surrounded by God's love.
May it last furthermore. So if I am in
a foreign country, away from my
people, even in the last place of the
world, God's kindness will protect
me, as it pleases Him.

Other examples of Germanic folk art are found on early nineteenth-century gravestones in Lunenburg County; as Deborah Trask has explained in her study of Nova Scotia gravestone carvings, "These stones are generally of slate, roughly quarried, and very crudely carved with simple hearts or plants."

Notable twentieth-century Lunenburg artists include Joseph Purcell and Earl Bailly, whose paintings are held internationally, in both public and private collections. The Nova Scotia Archives does not hold any representative works by these artists, but instead maintains photographs and background information documenting their careers. 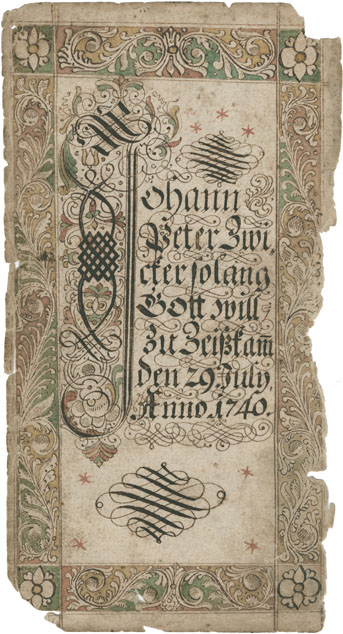 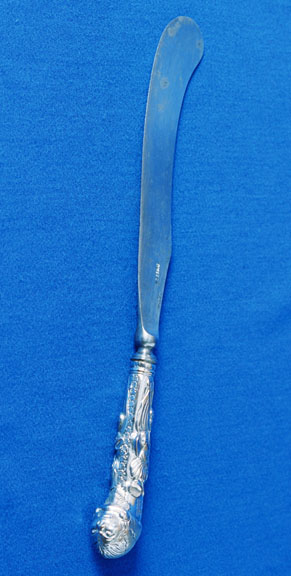 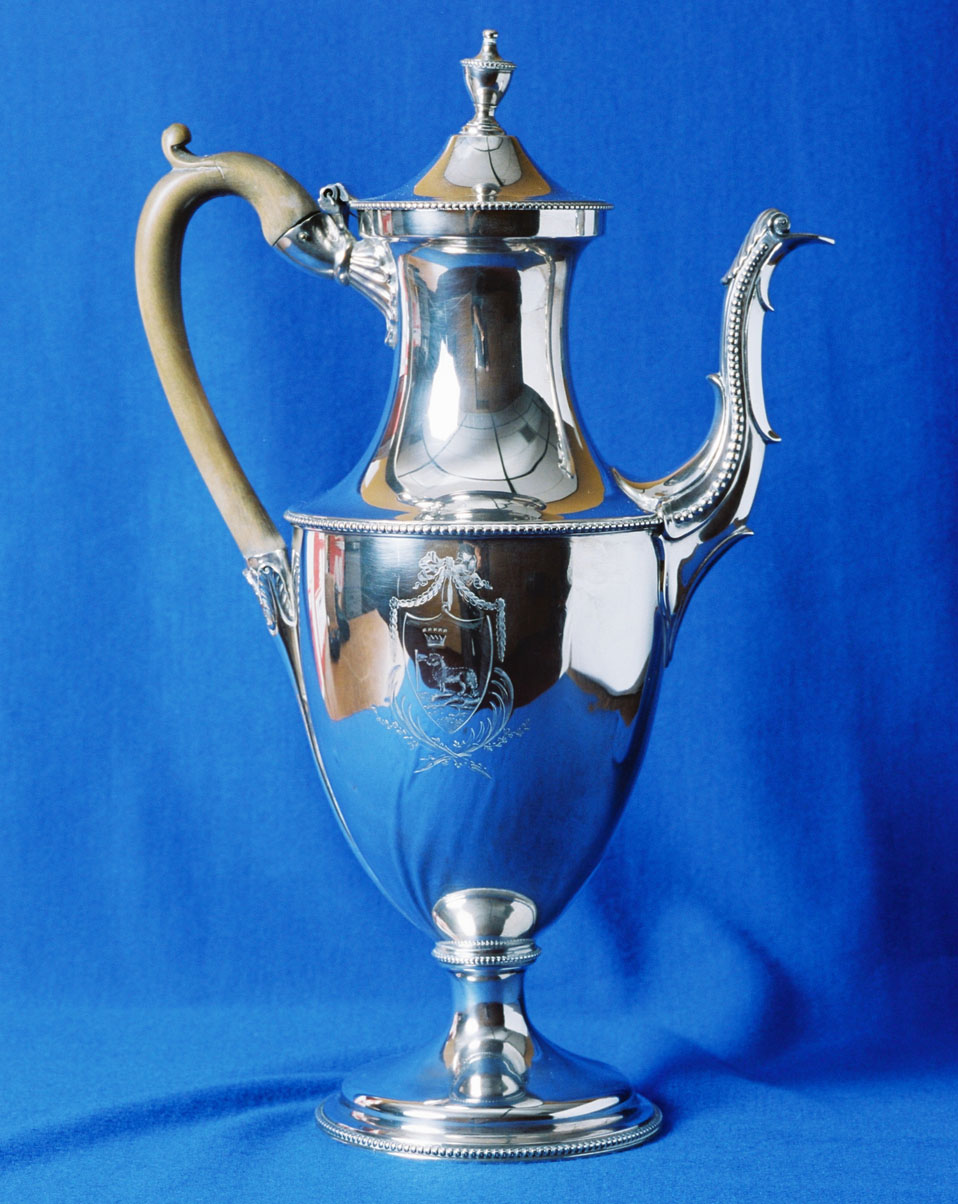 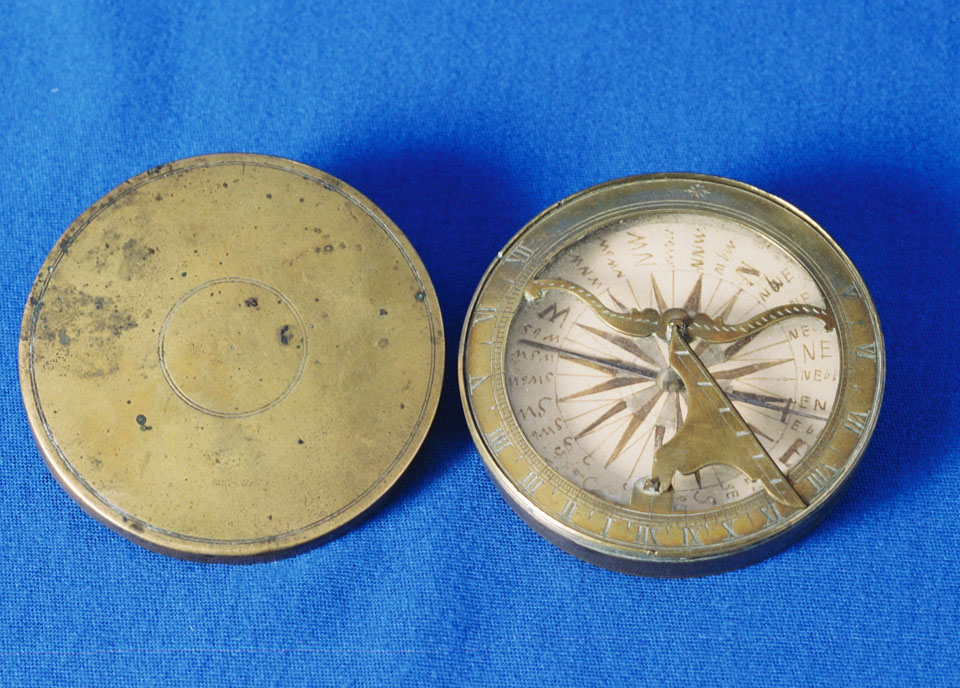 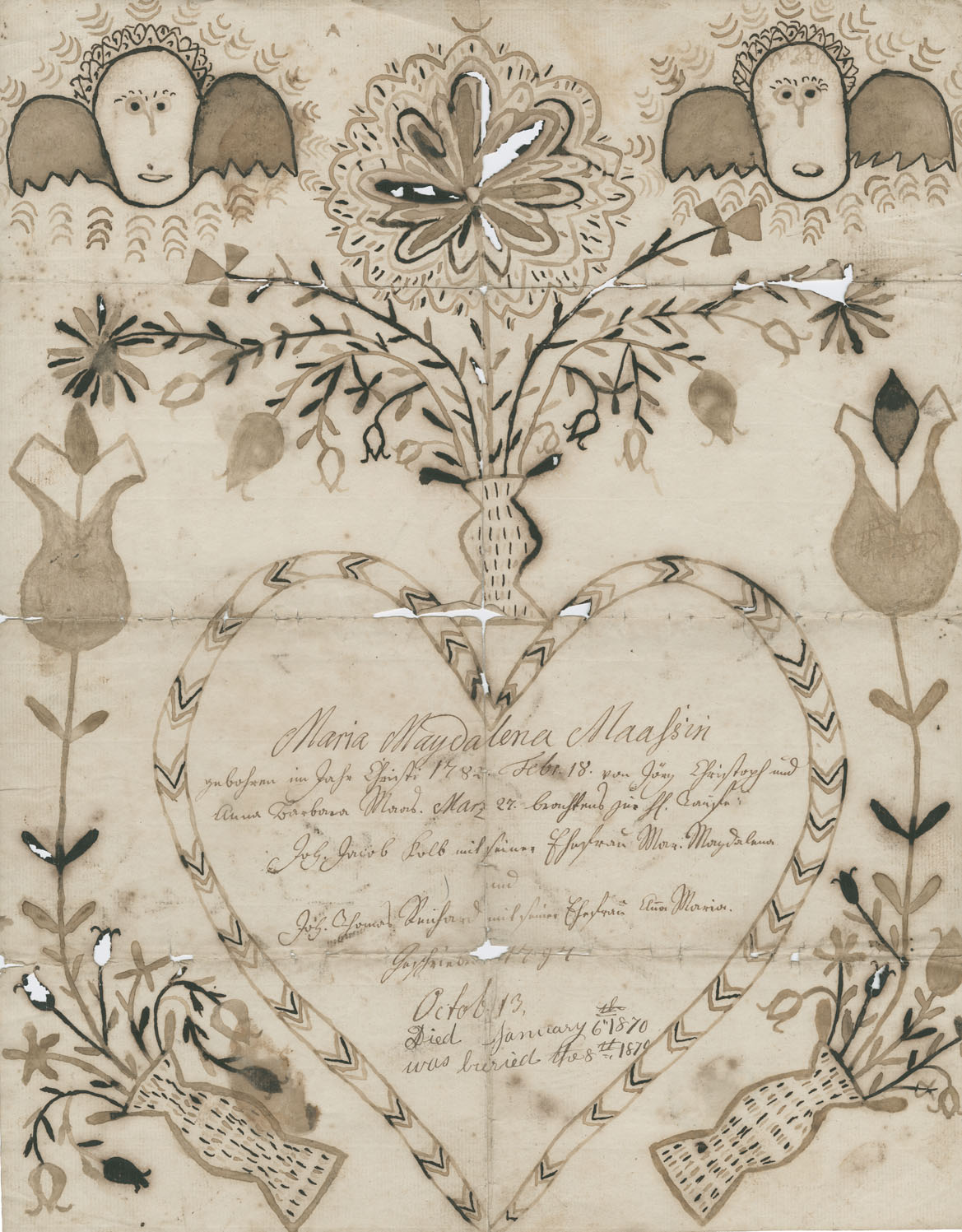 Format: ink and watercolour on paper 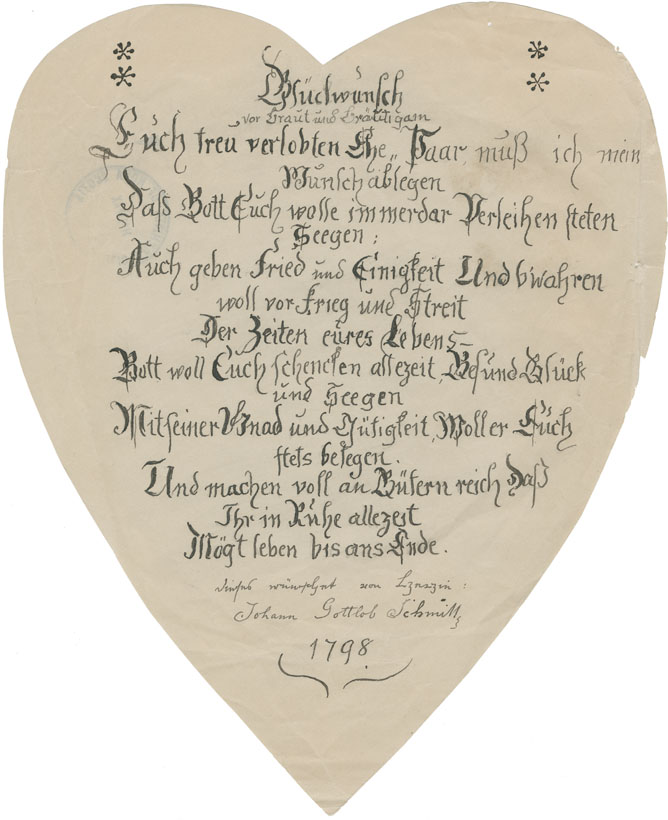 Good luck wish to the bride and groom 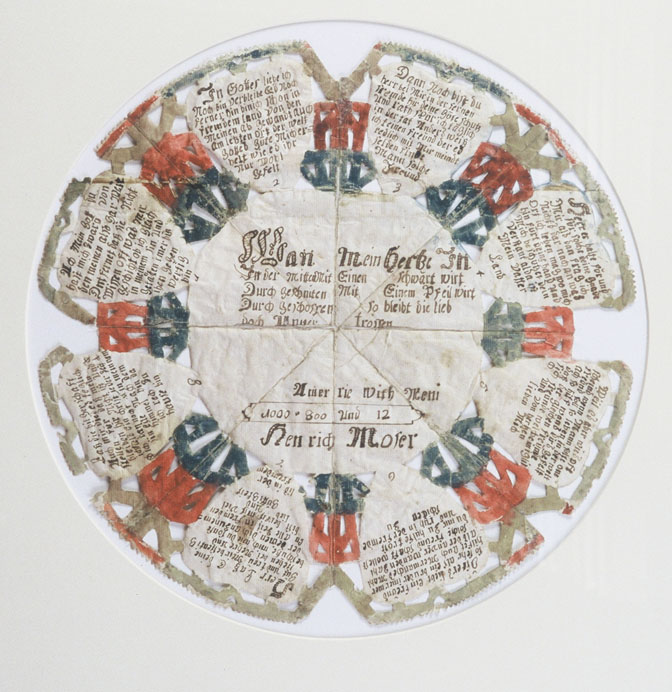 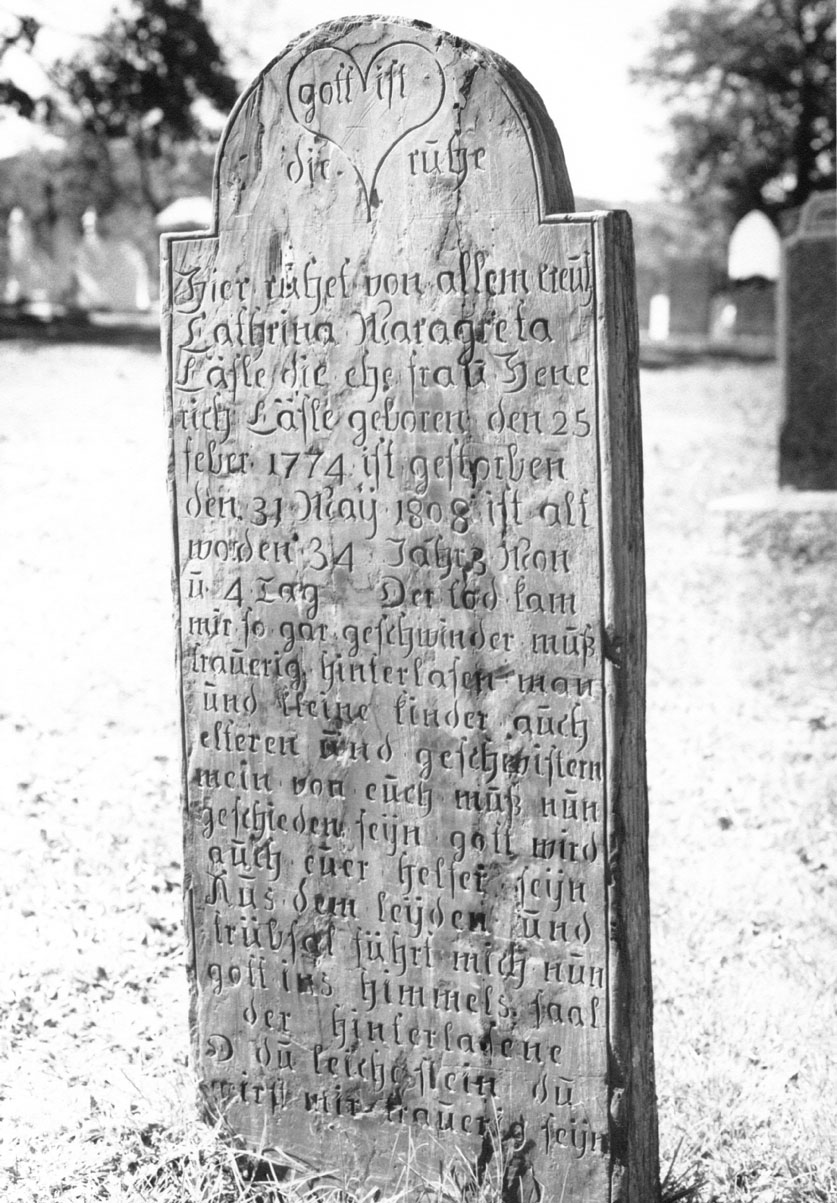 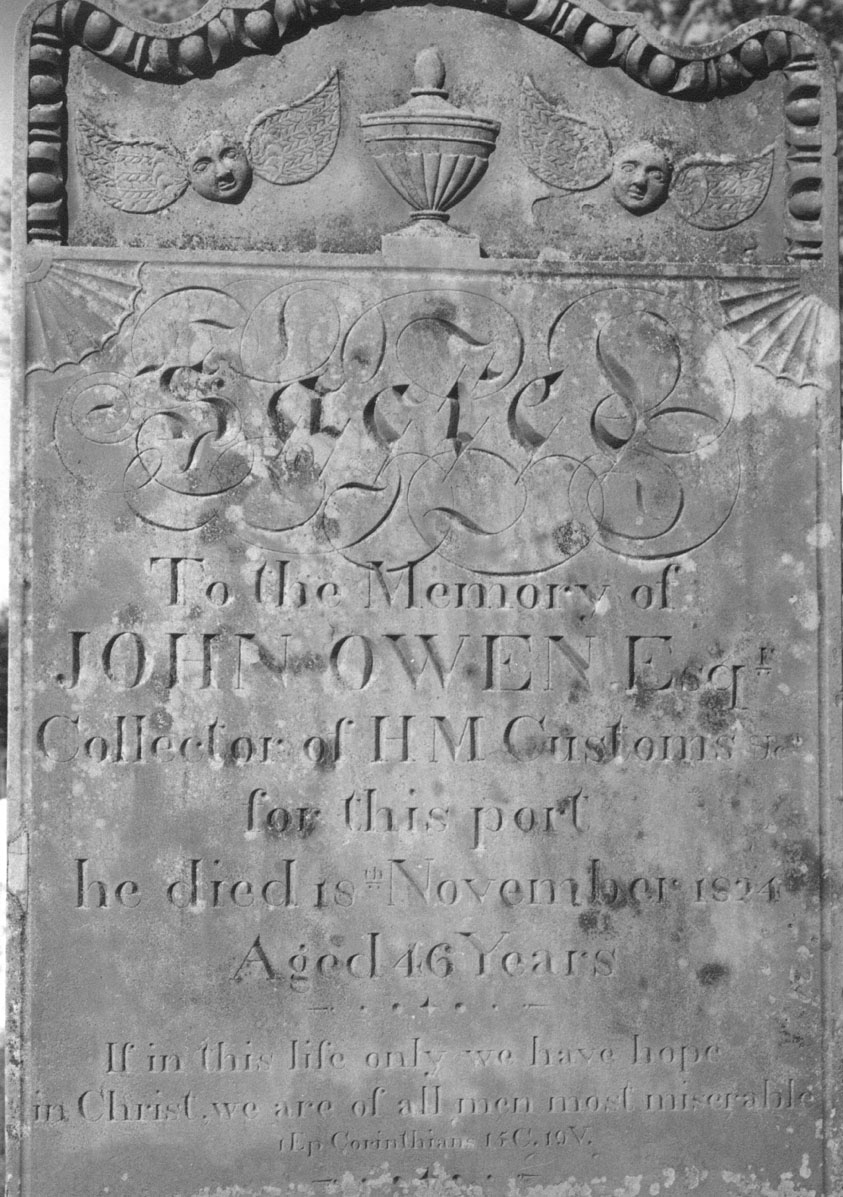 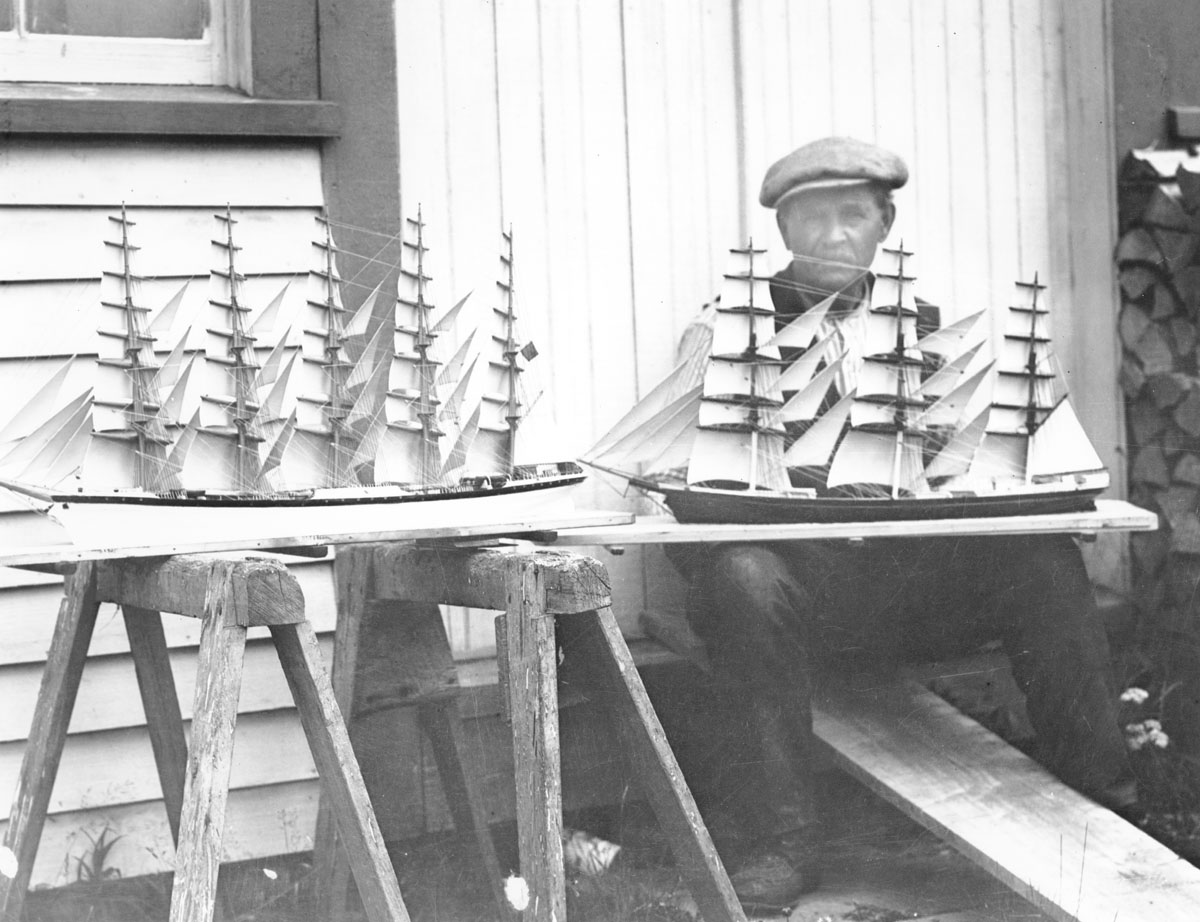 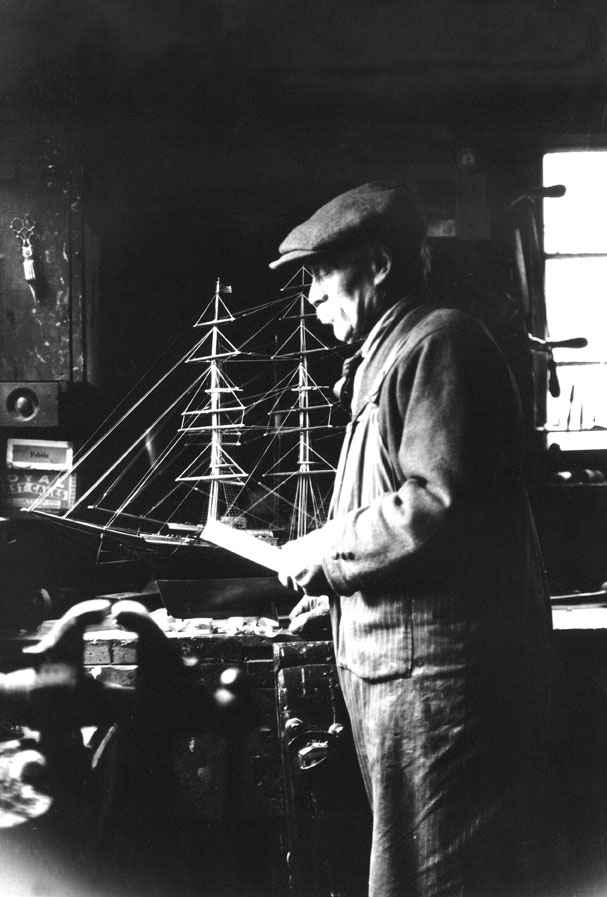 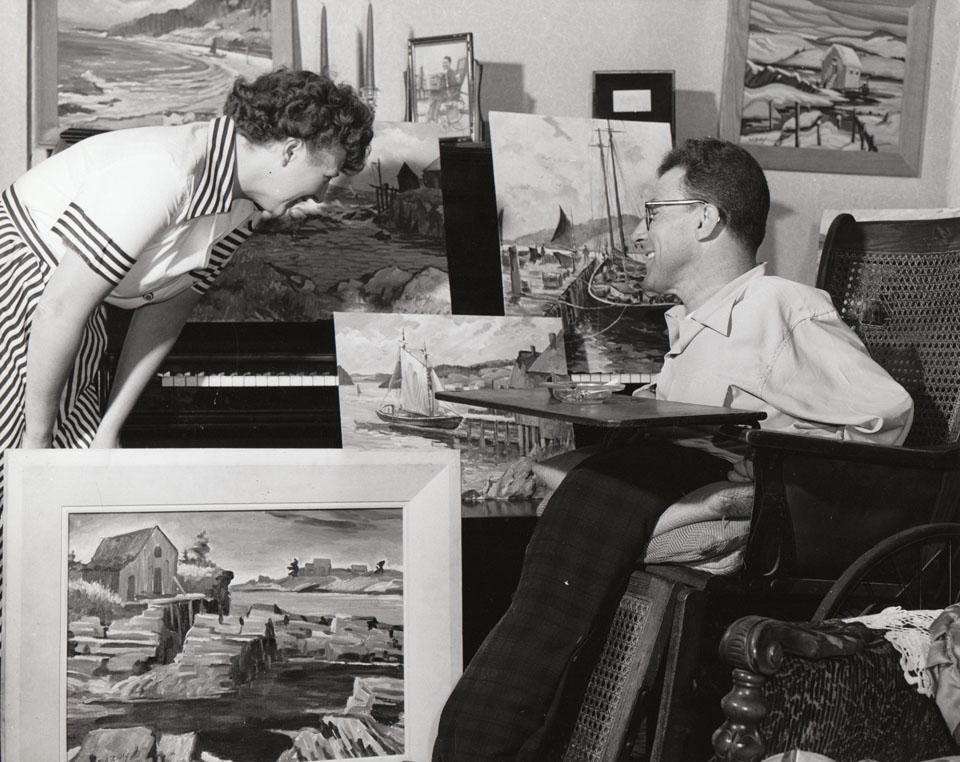 Earl Bailly discussing a point of art with a visitor to his studio. 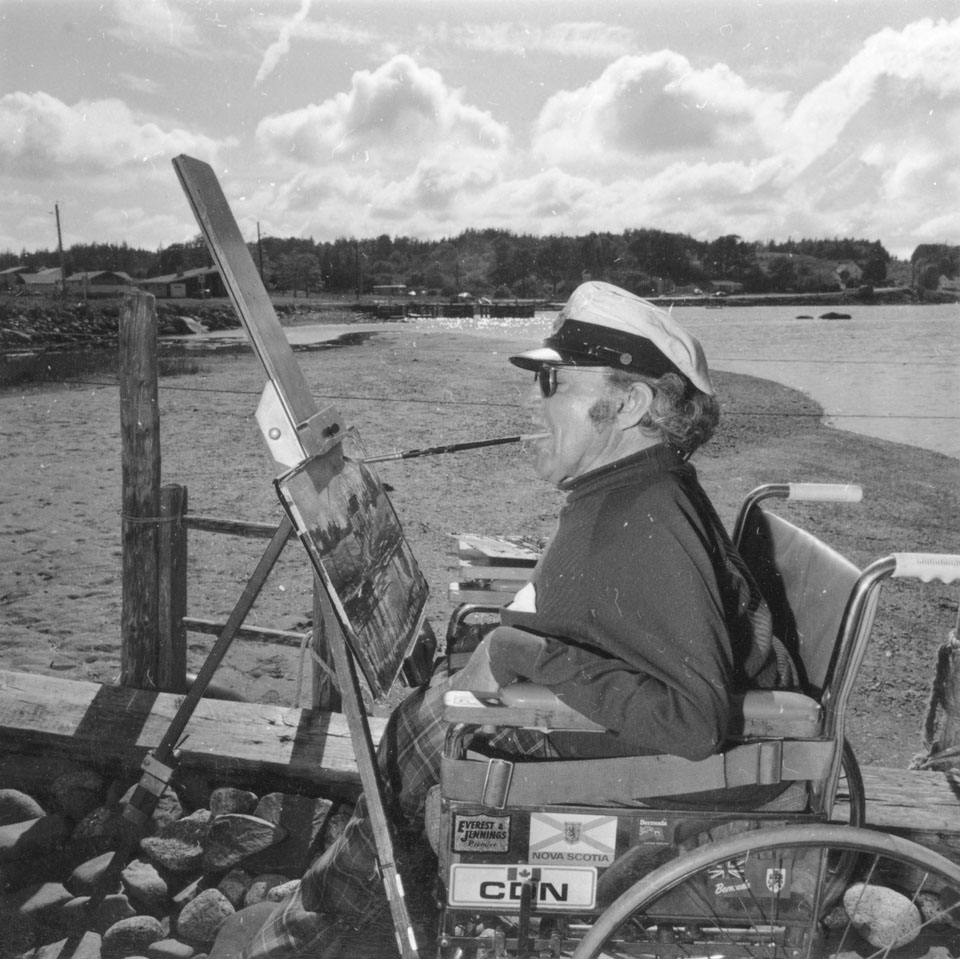 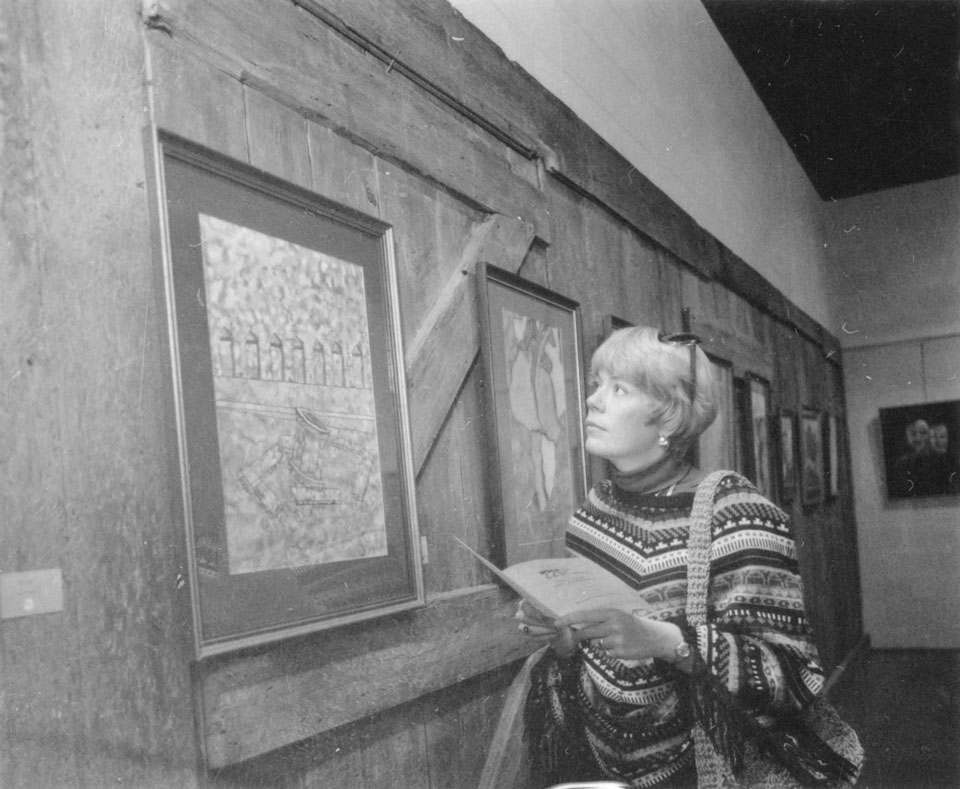 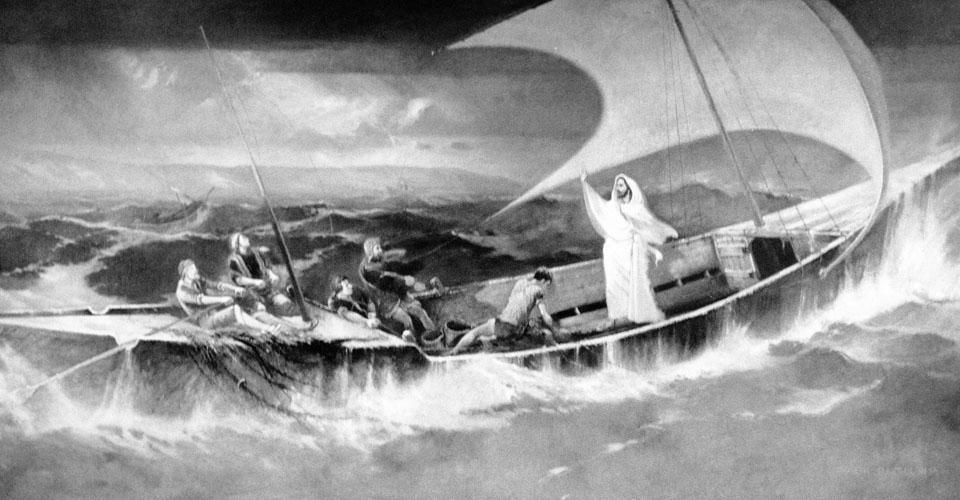