St. John's Anglican, the finest and most famous of all the Lunenburg churches, burned in a spectacular blaze under mysterious circumstances on Hallowe'en night in 2001, throwing the community into stunned dismay. The response, however, was typical of Lunenburg — the decision to rebuild was almost immediate, and St. John's is presently under reconstruction and restoration.

Various church schools, several private schools and the Lunenburg Grammar School, all maintained and supported by private funds, operated in the town prior to free education, which began in Nova Scotia in 1864. In that year, Lunenburg residents decided to build an Academy; until this new structure opened the following year, free students were taught in the Temperance Hall. The original Academy was located in Jubilee Park between Cumberland and Townsend streets, east of the present Town Hall. Fire swept through the wooden structure on 28 September 1893; fortunately the principal, teachers and students safely evacuated without injury.

The present Lunenburg Academy is the town's most prominent landmark. Built on top of Gallows Hill in 1894-95, each floor of the Academy has six entrances, six classrooms and six staircases up to the next floor. The Academy became exclusively an elementary school after the new Lunenburg Junior-Senior High School opened in 1966. 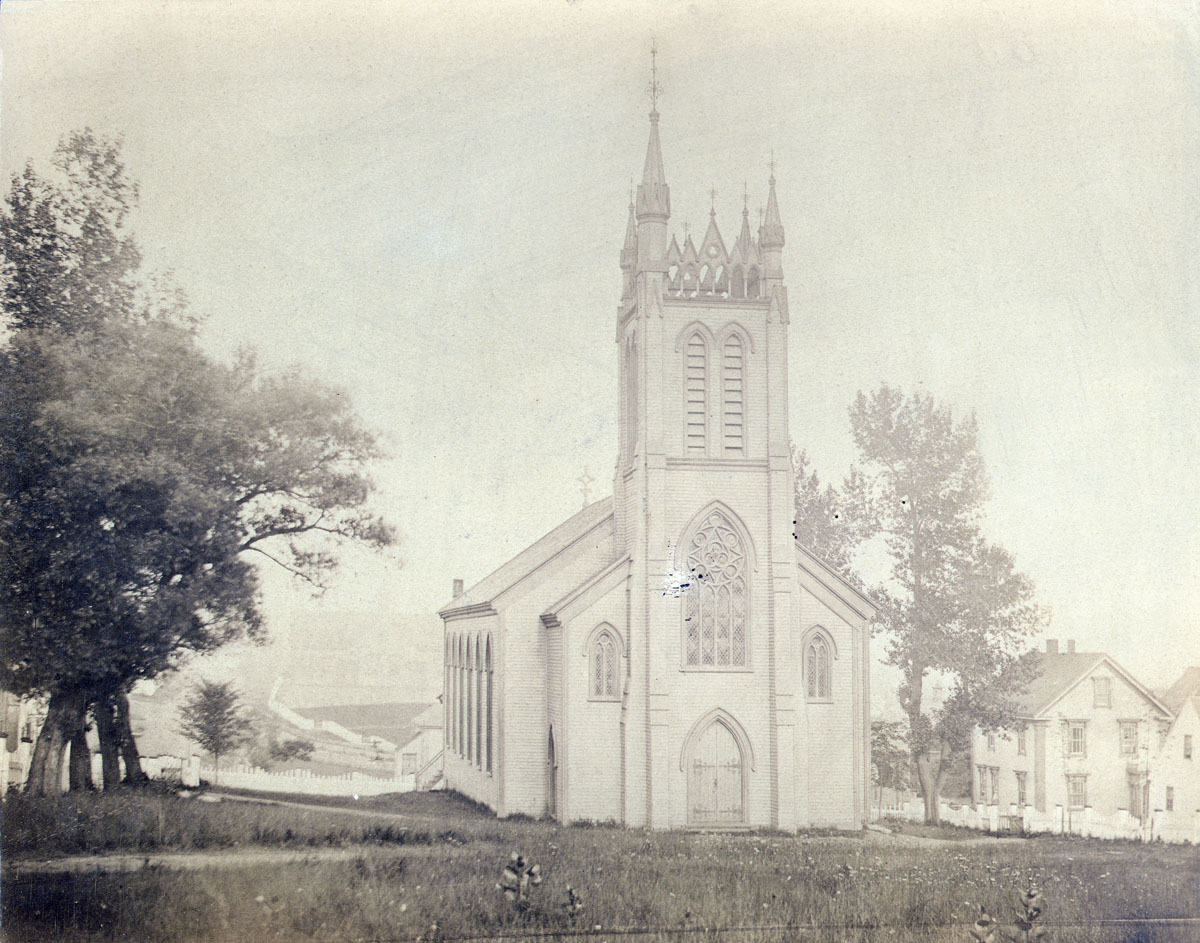 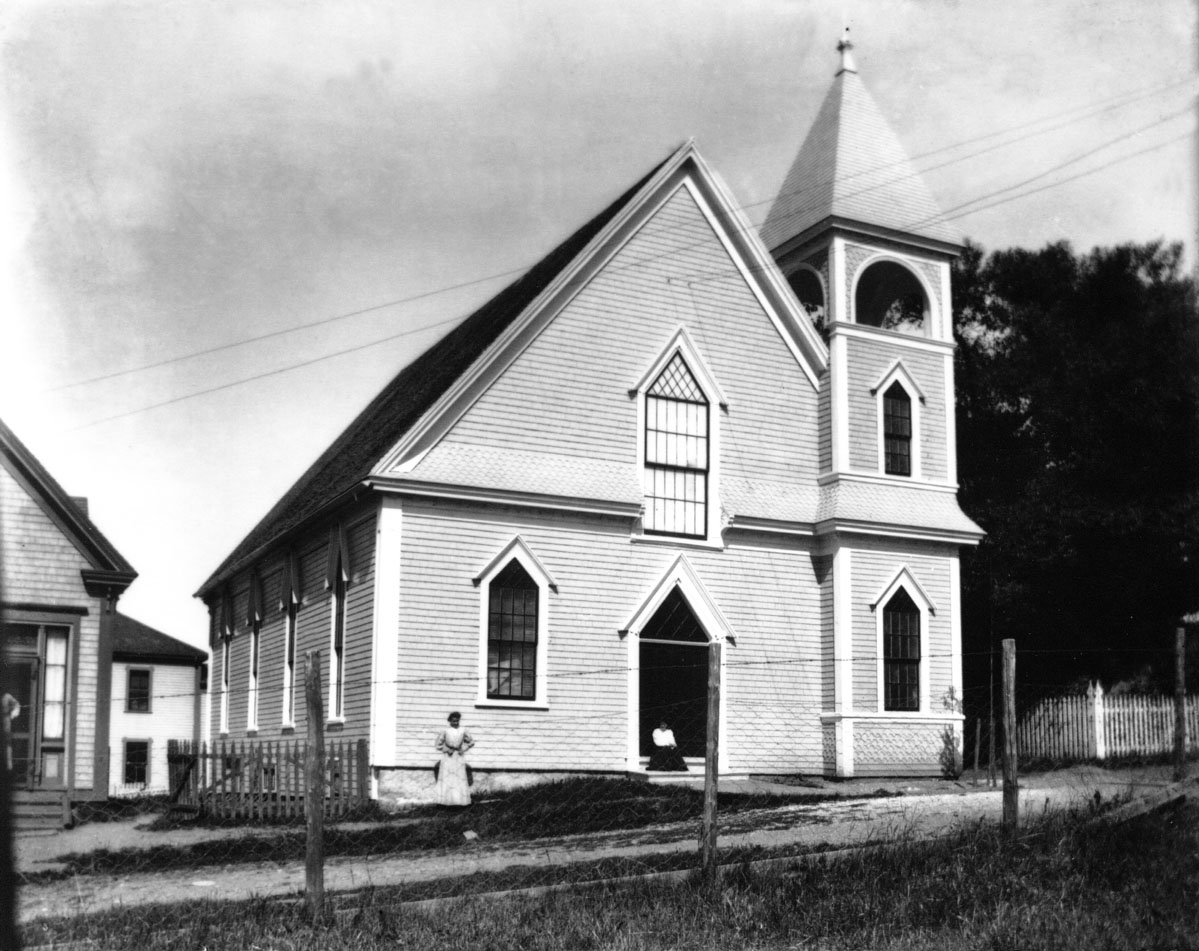 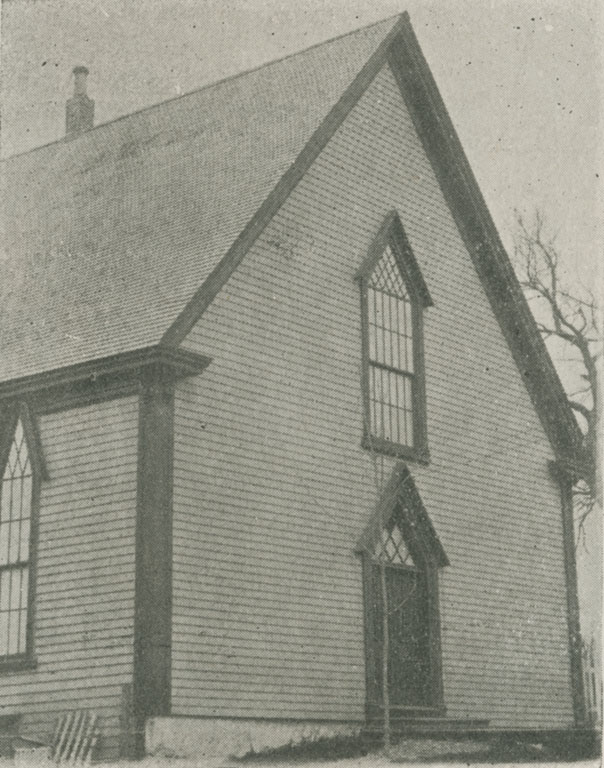 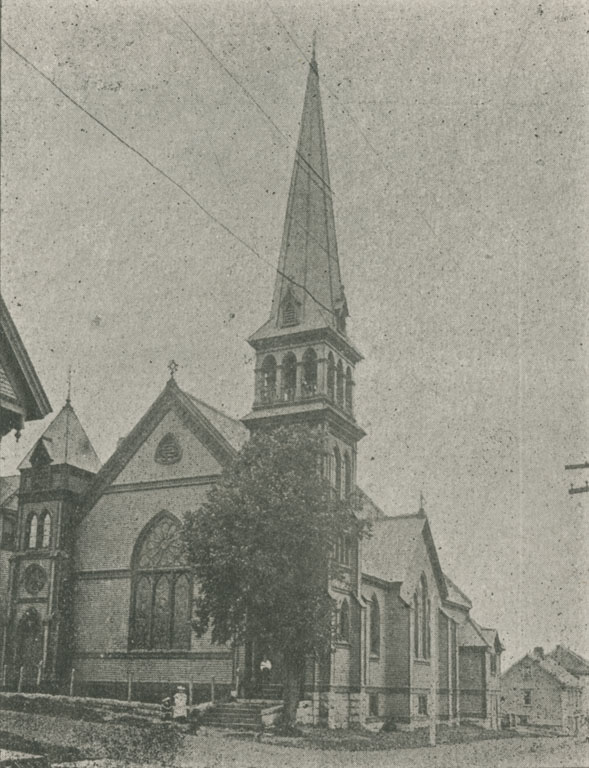 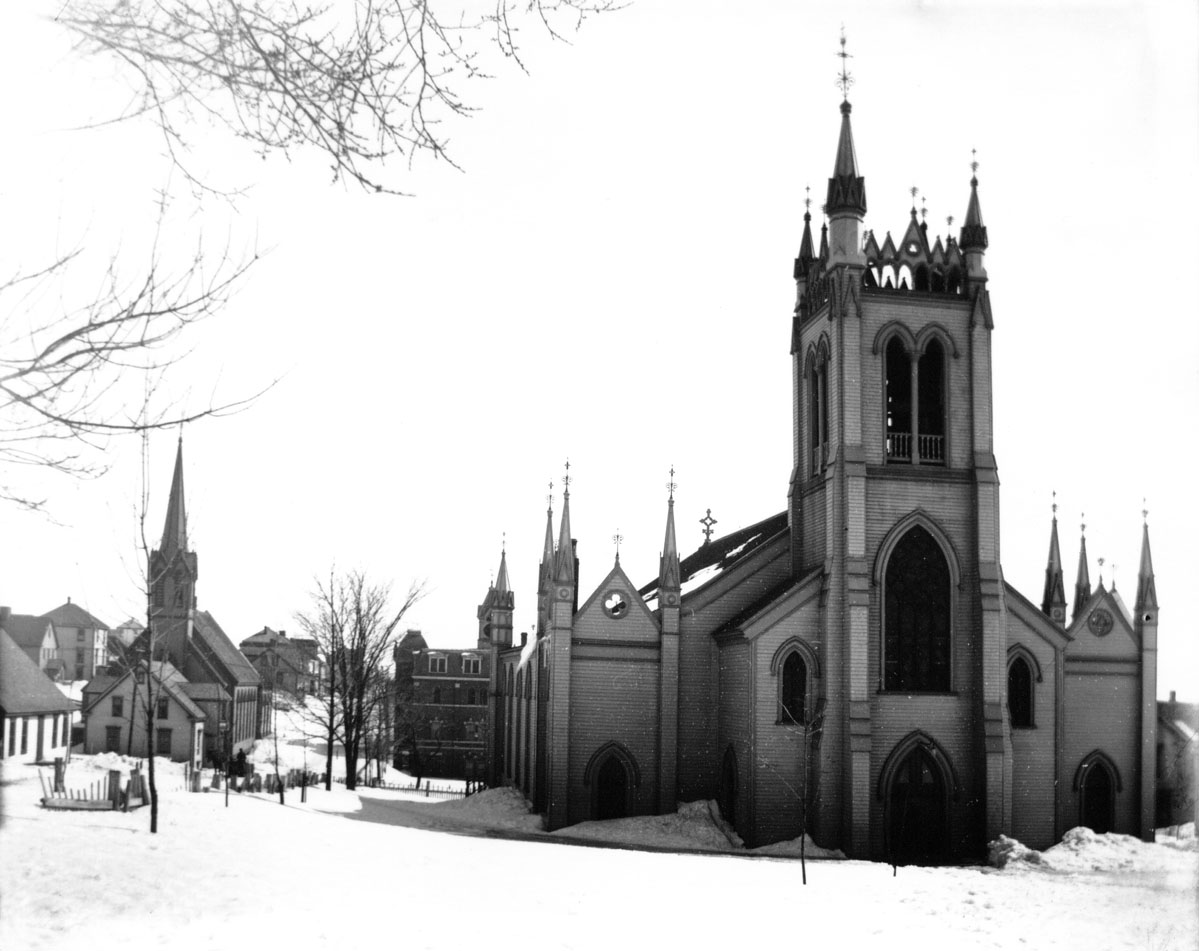 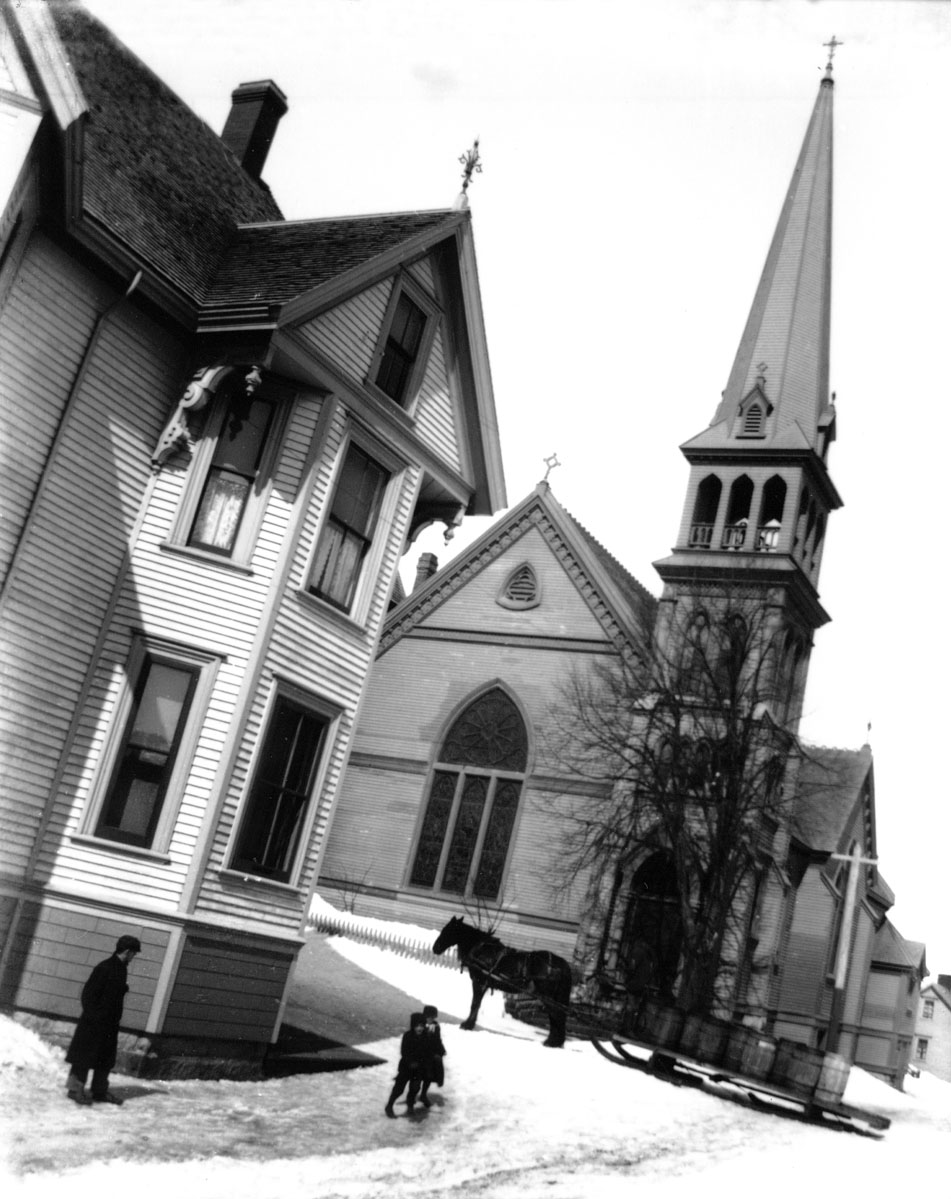 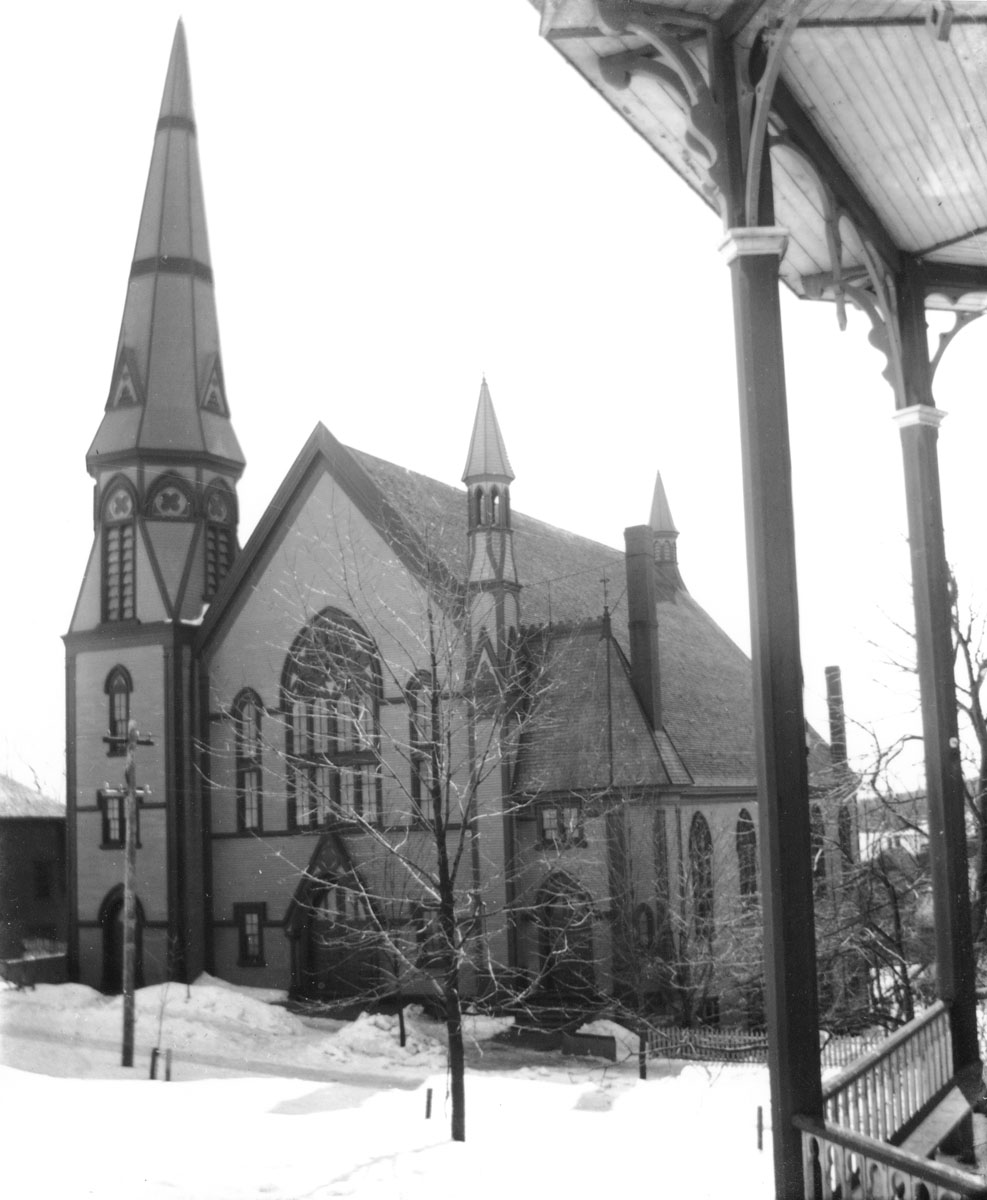 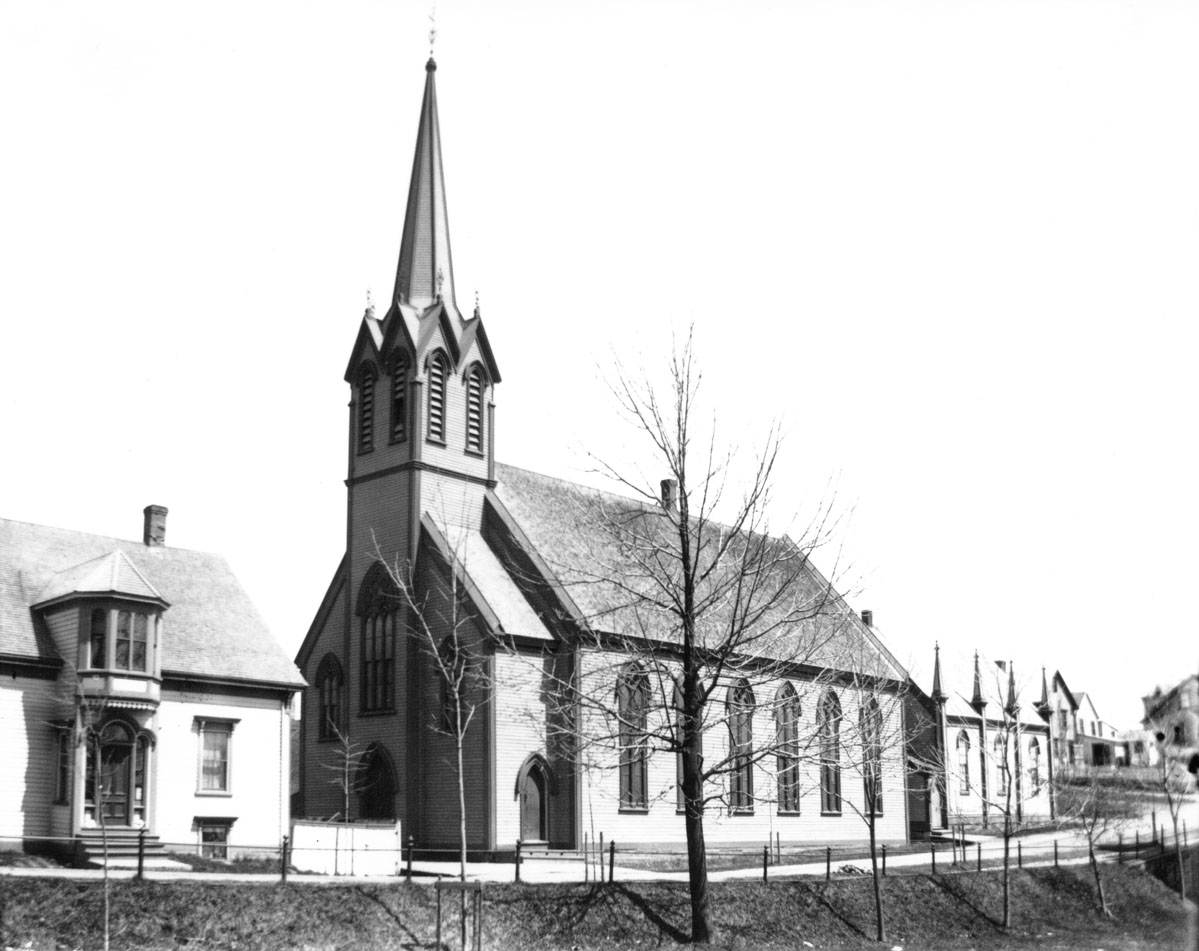 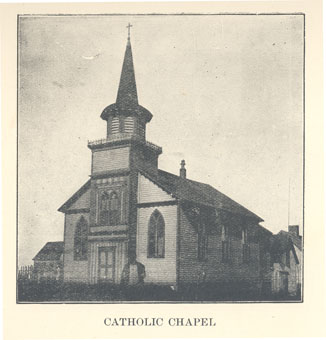 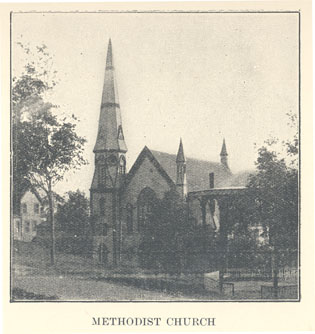 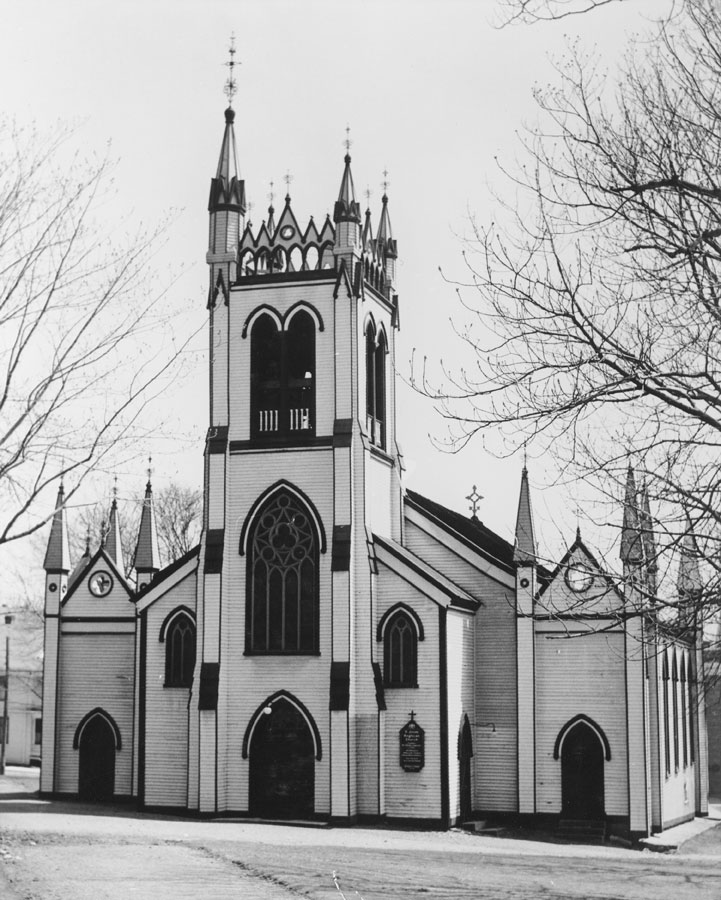 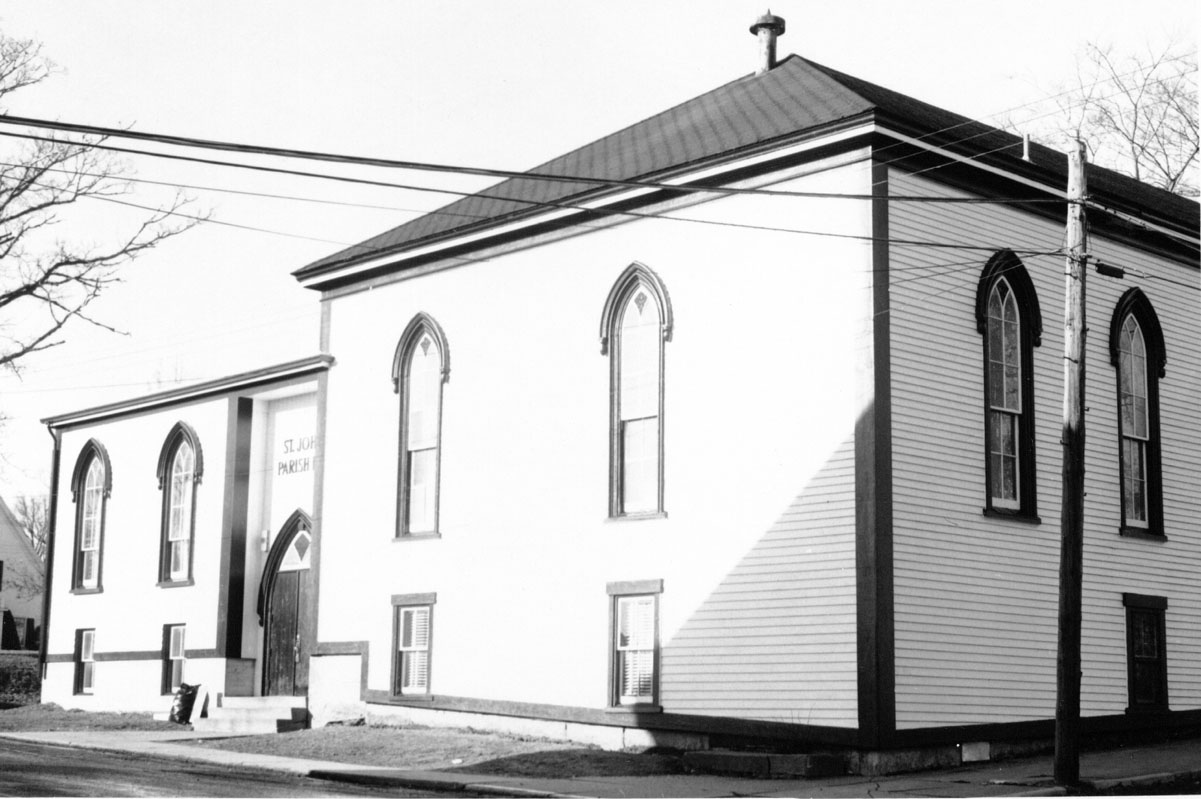 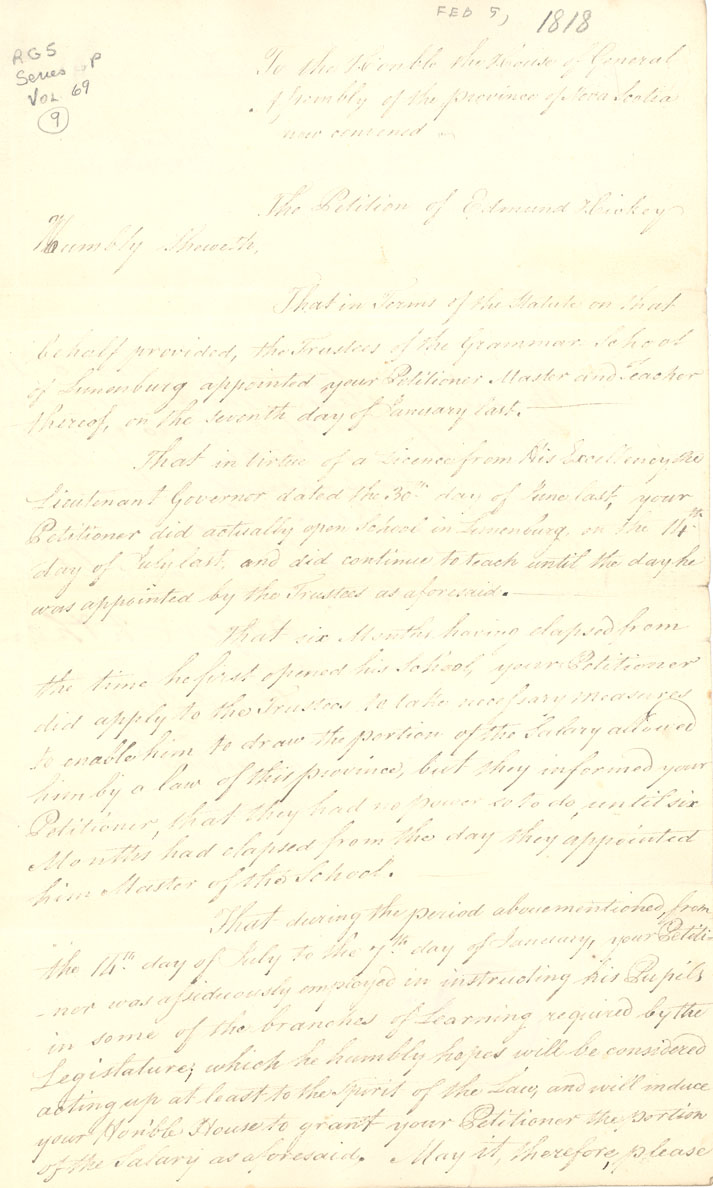 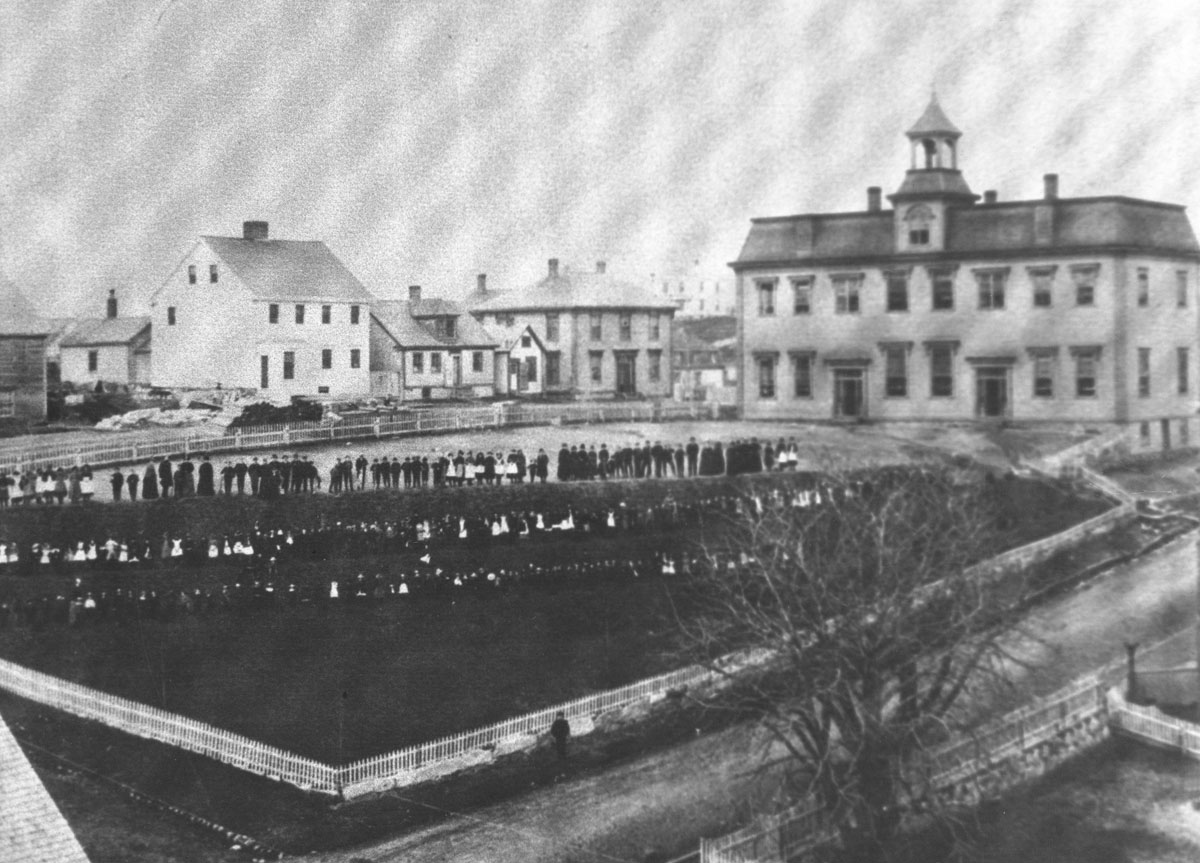 Lunenburg Academy with students on schoolground