Harry W. Hewitt, writing during the 1920s in his unpublished 'History of the Town of Lunenburg', noted that it was "strange indeed that a town settled by Germans and other foreigners should have its street nomenclature so distinctively English":

To the streets were given names of Englishmen, Cumberland and York, in the public eye at the time of the settlement, either at Halifax or in England. Cornwallis, Lawrence and Hopson streets commemorate successive Governors of Nova Scotia. Duke, King and Prince Streets bear names given in compliment to Royalty. Fox, Townsend, Lincoln, Pelham and Montagu commemorate British statesmen or towns.... Lincoln Street was destined to become the business street of the town, Pelham to be an auxiliary to Lincoln Street, Montagu was destined to become the street devoted to commerce and industry.

In 1966, Canadian-British Engineering Consultants, commissioned to carry out an urban renewal study of the community, gave high praise to Old Town Lunenburg, which they said "represents a gem of colonial town planning and as an example of urbanity in civic design...has perhaps never been surpassed in wooden architecture in Canada." The community's eclectic mix of old and new, commercial and residential, hilltop and waterfront, was the secret to its enduring charm: "In Lunenburg there are smithies in the housing areas; there are mixed areas of taverns, shops, craft industries, and all manner of jumbled uses, and they all work and are harmonious and beautiful in their result...." 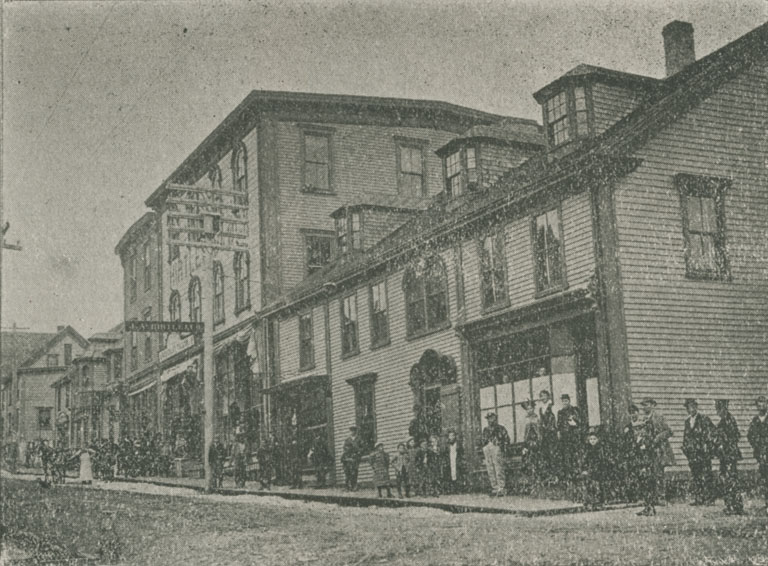 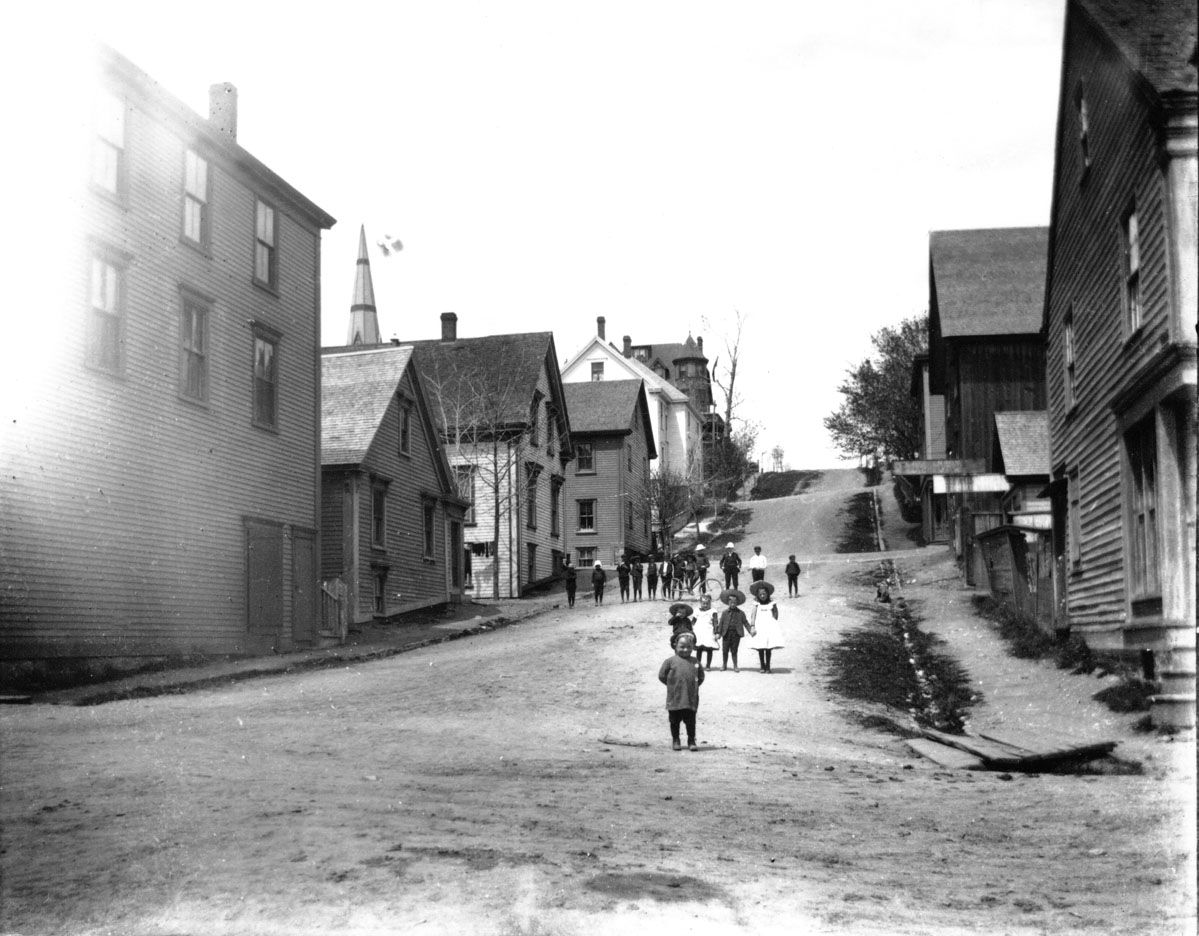 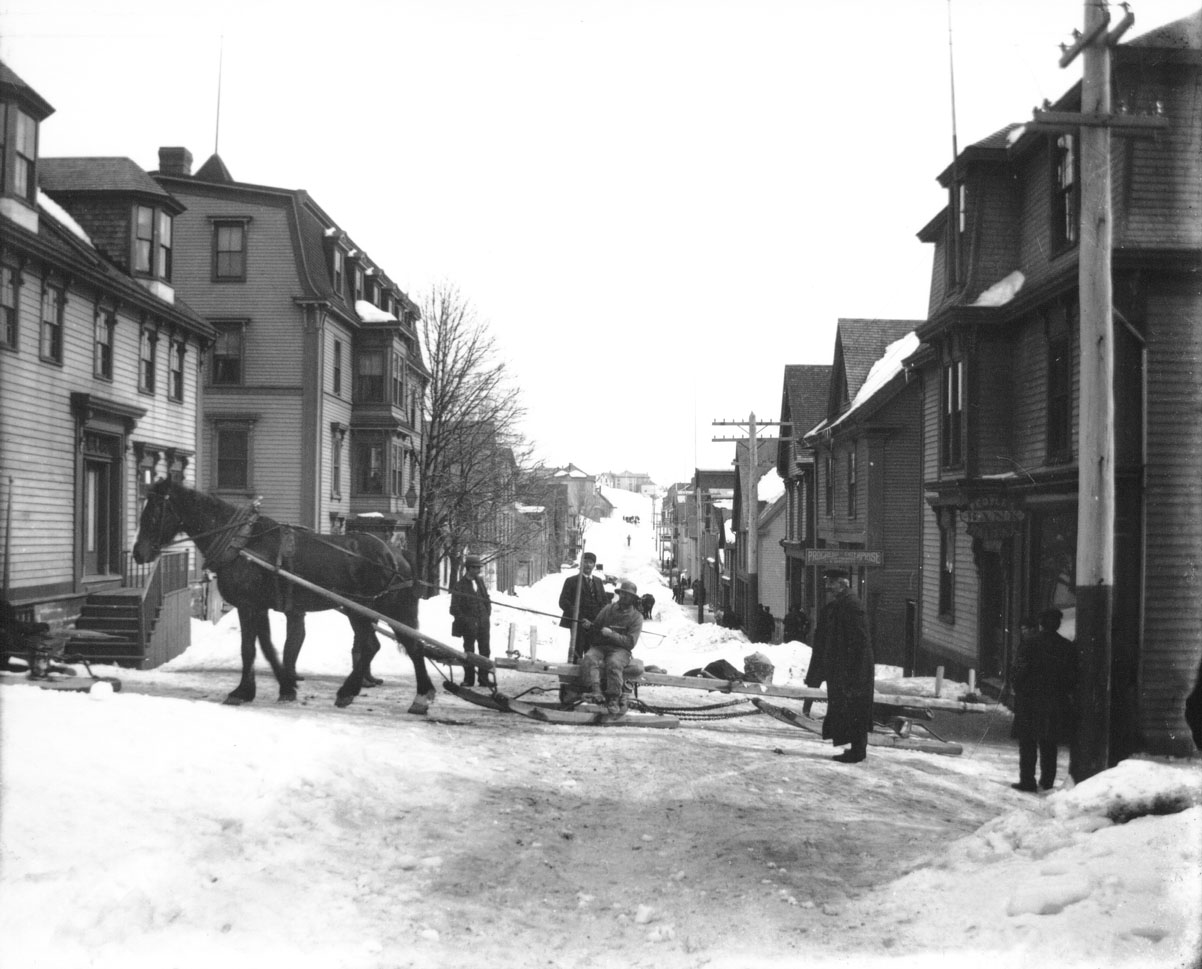 Montague and King Streets with horse and sled in winter 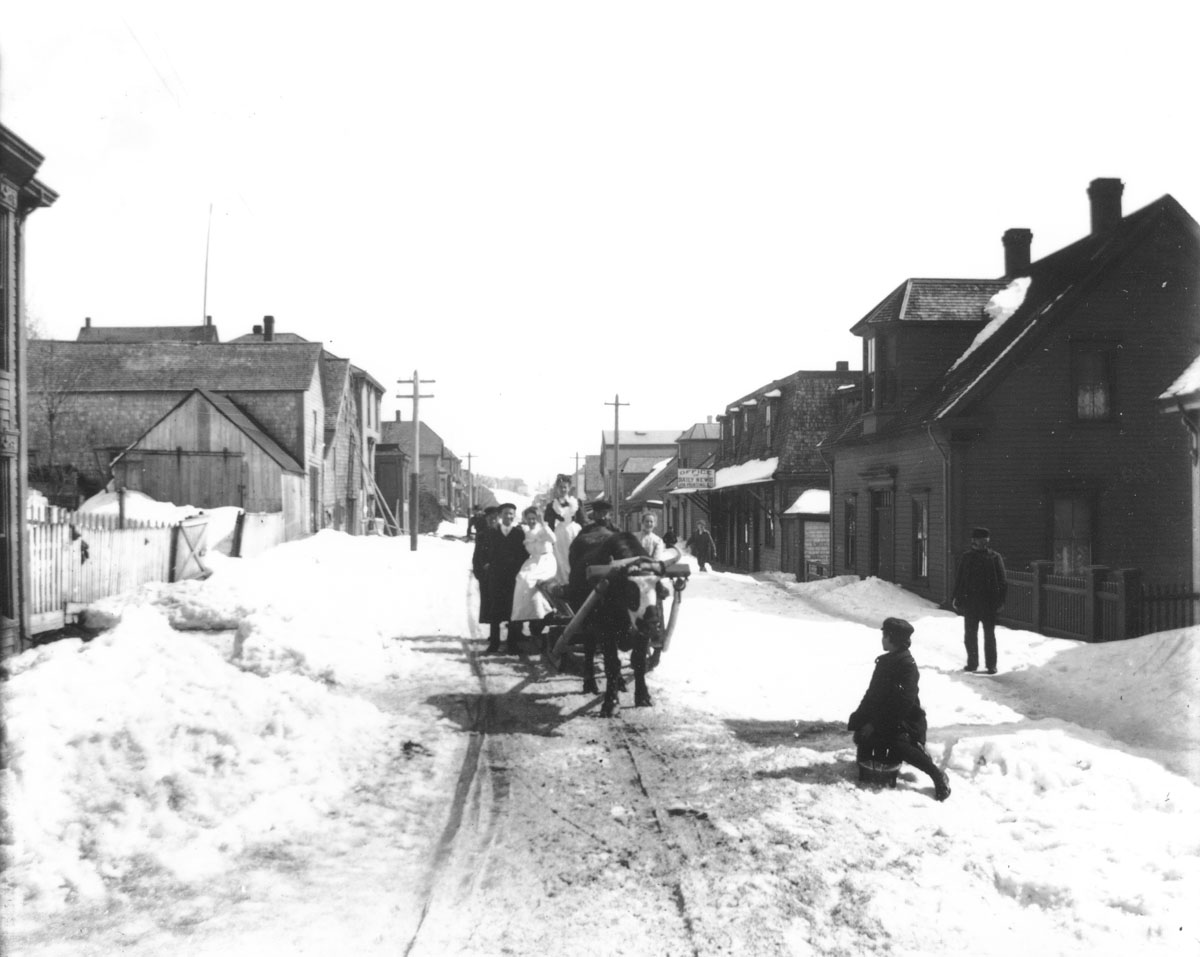 Pelham Street with children in winter 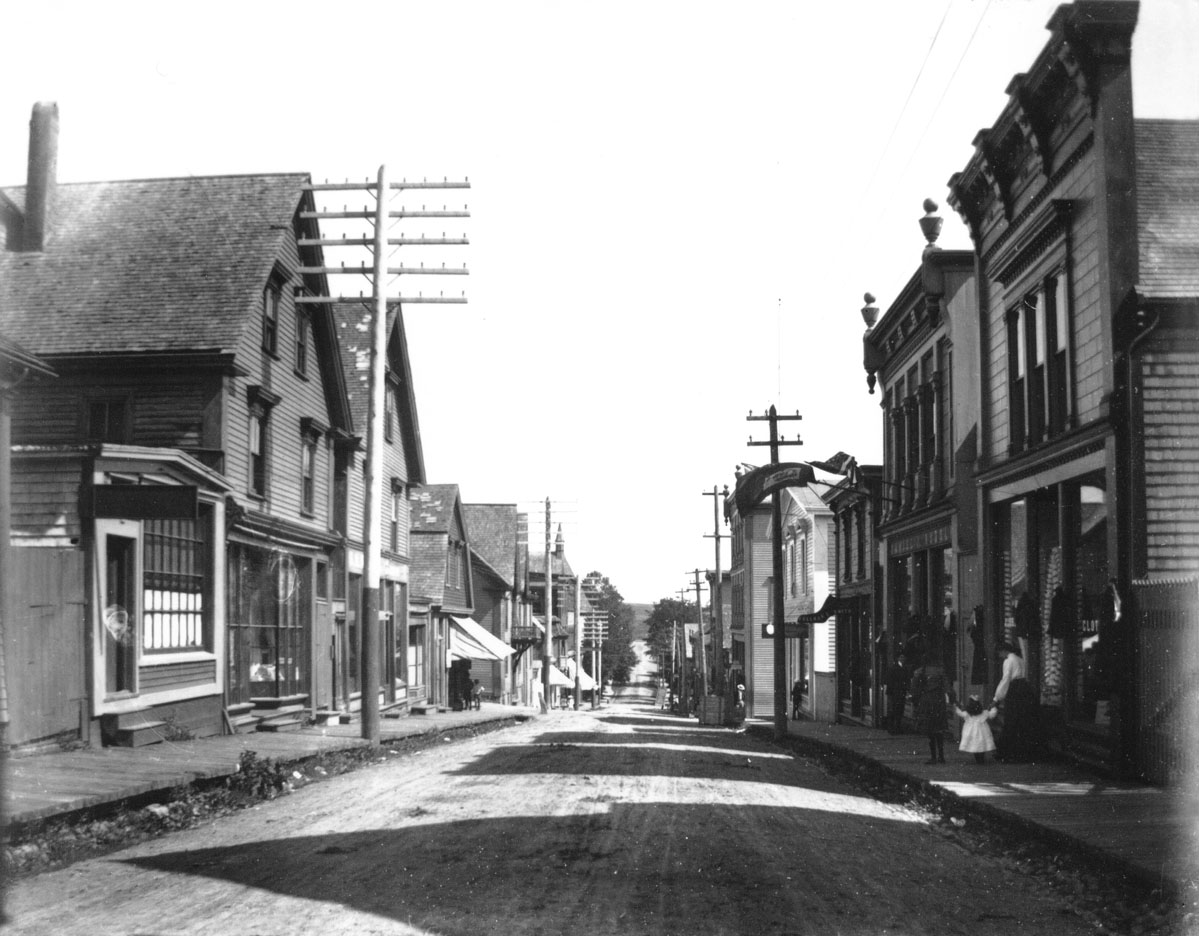 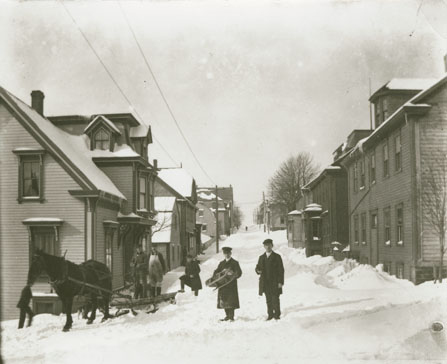 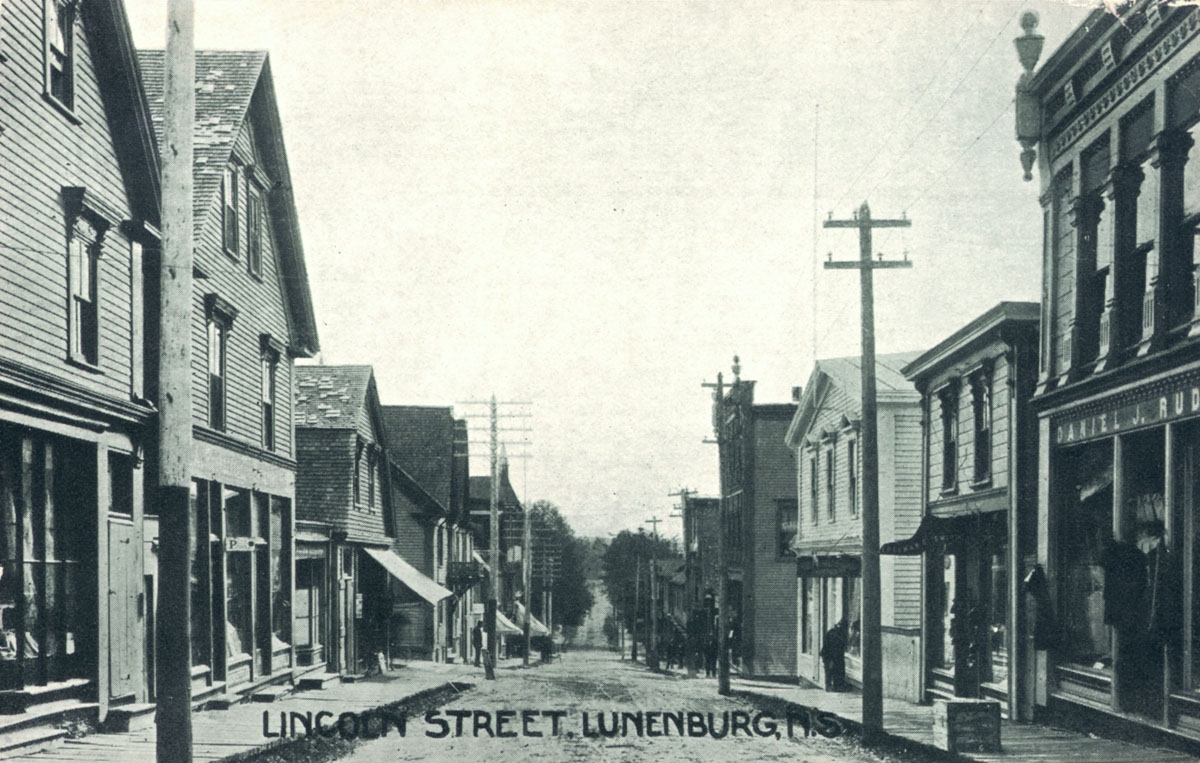 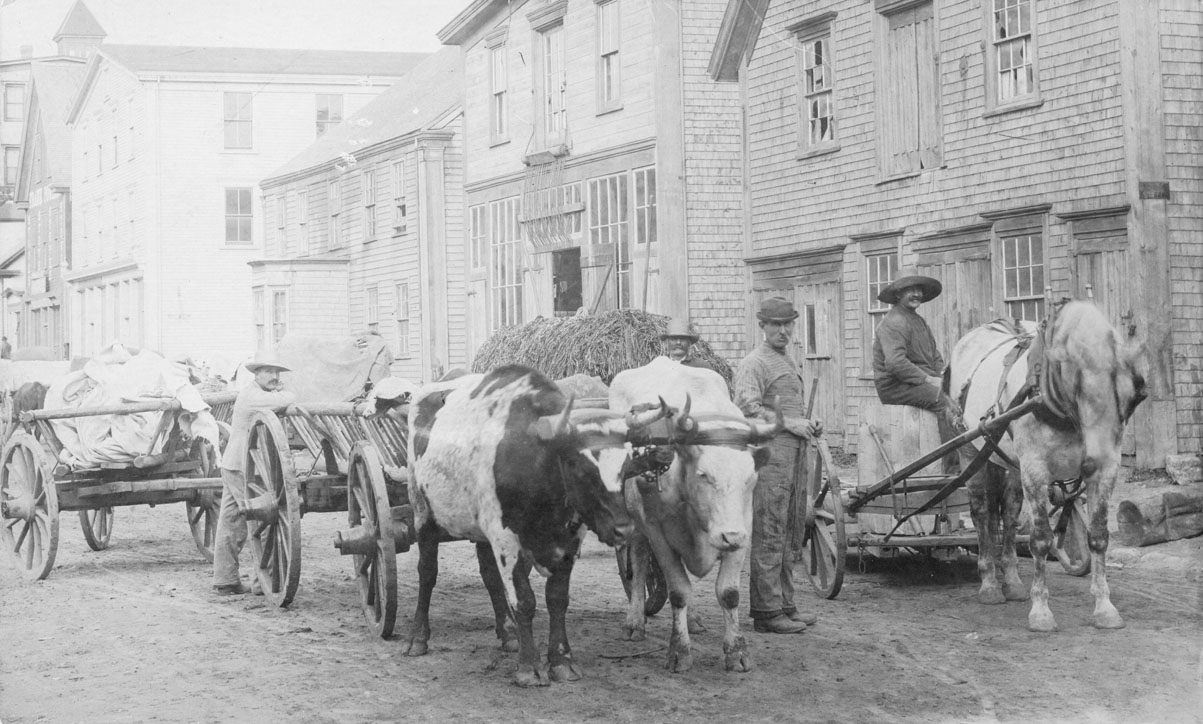 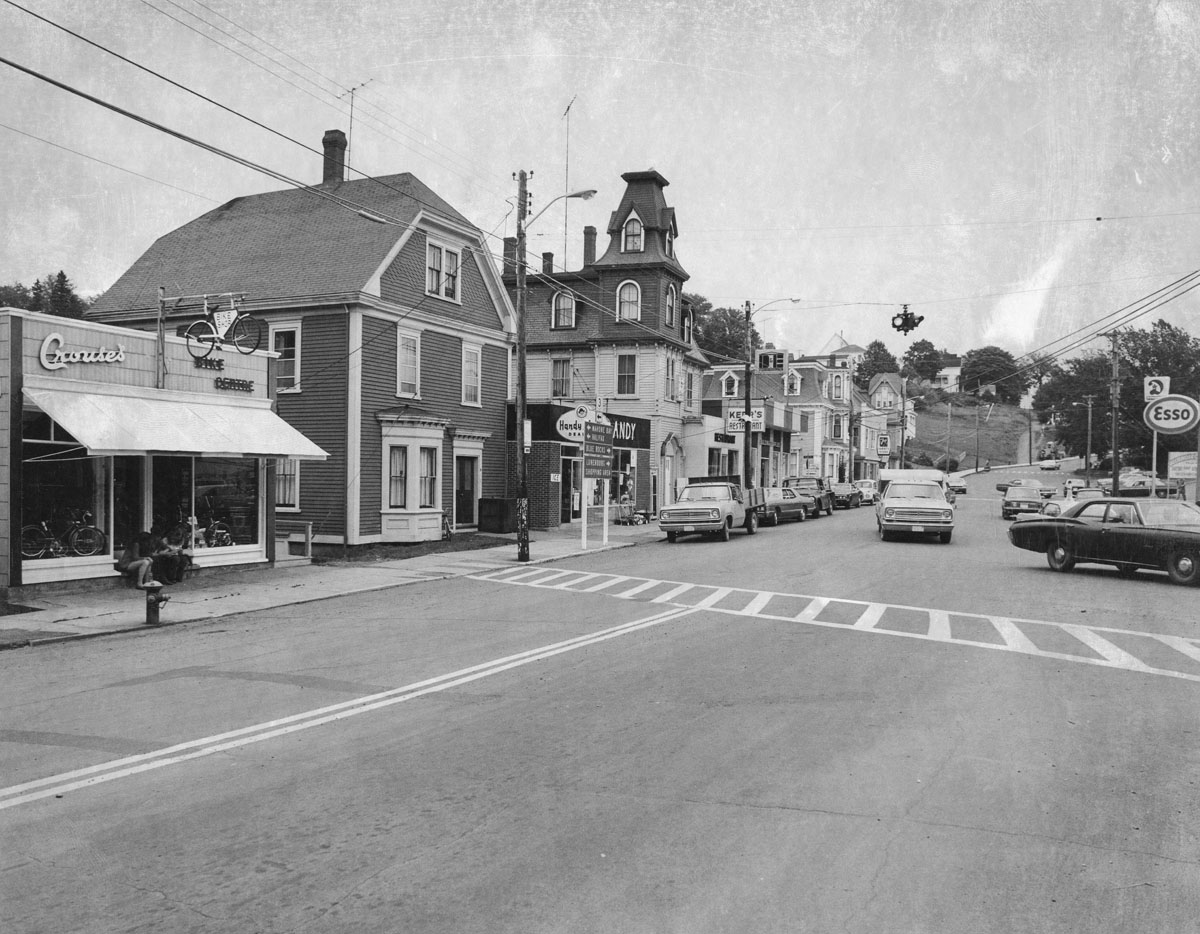 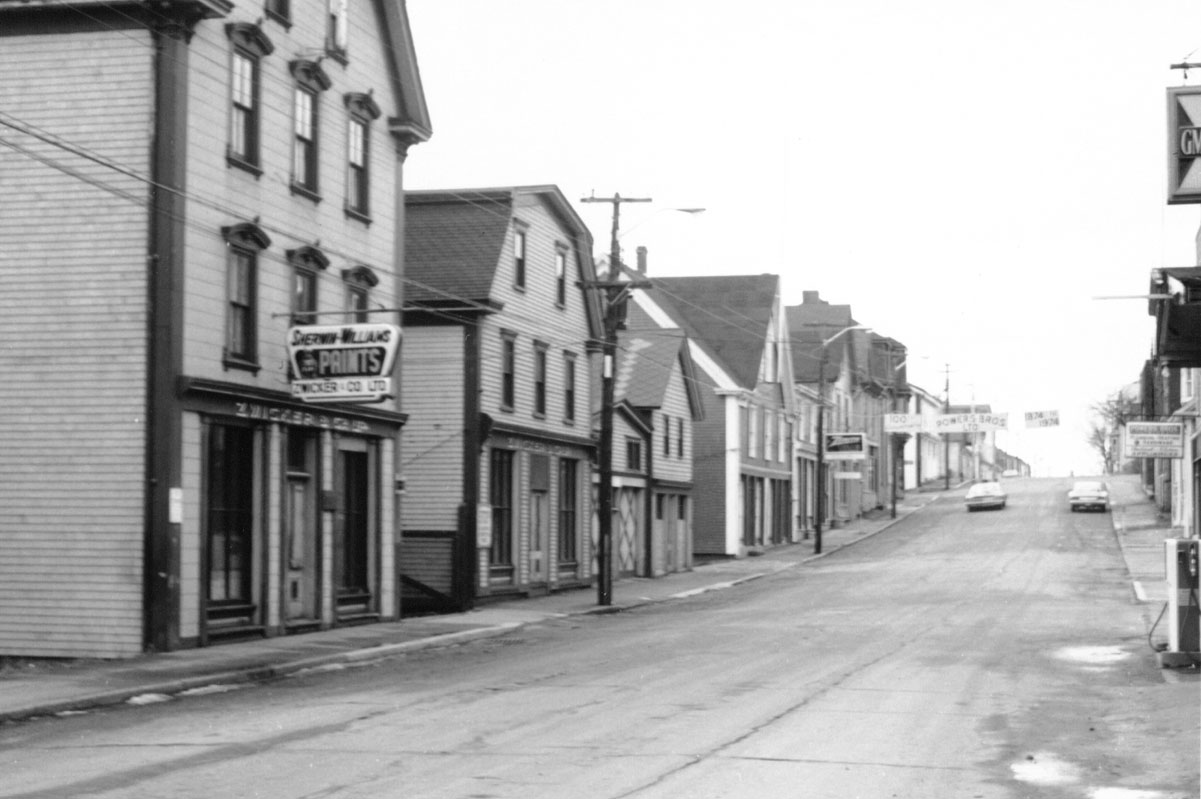 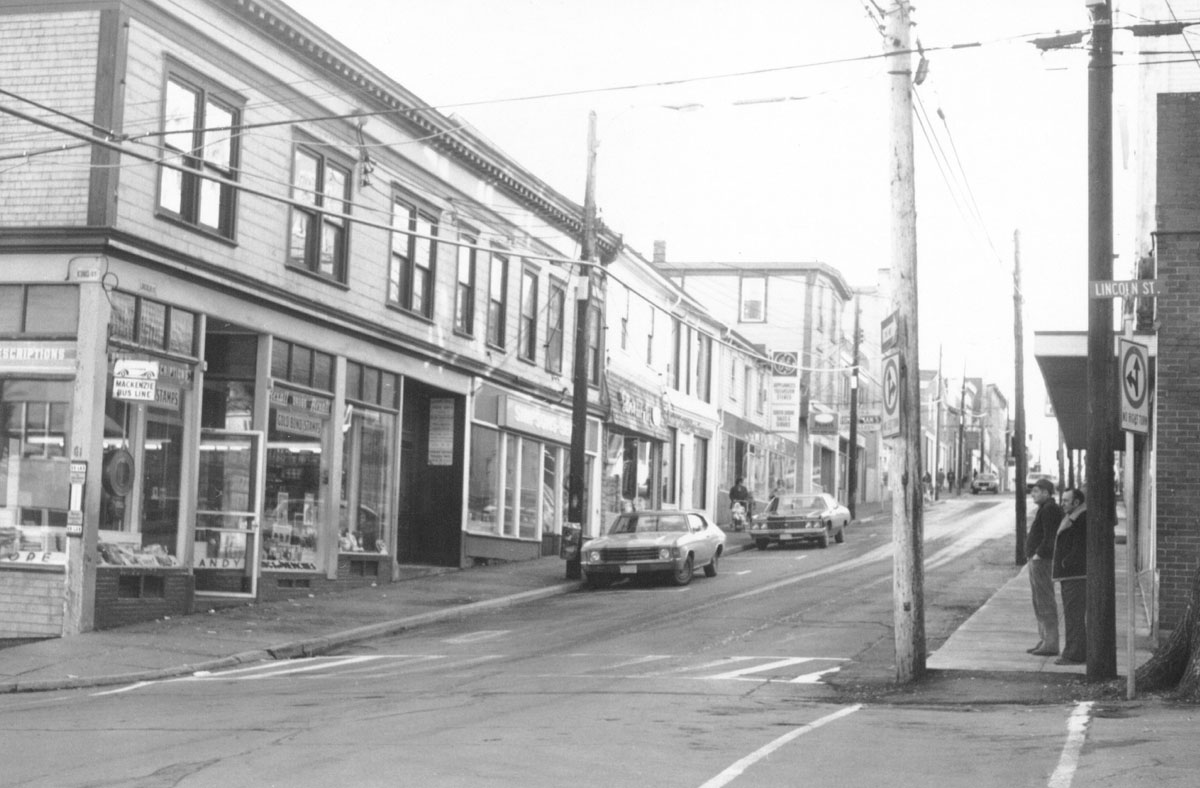