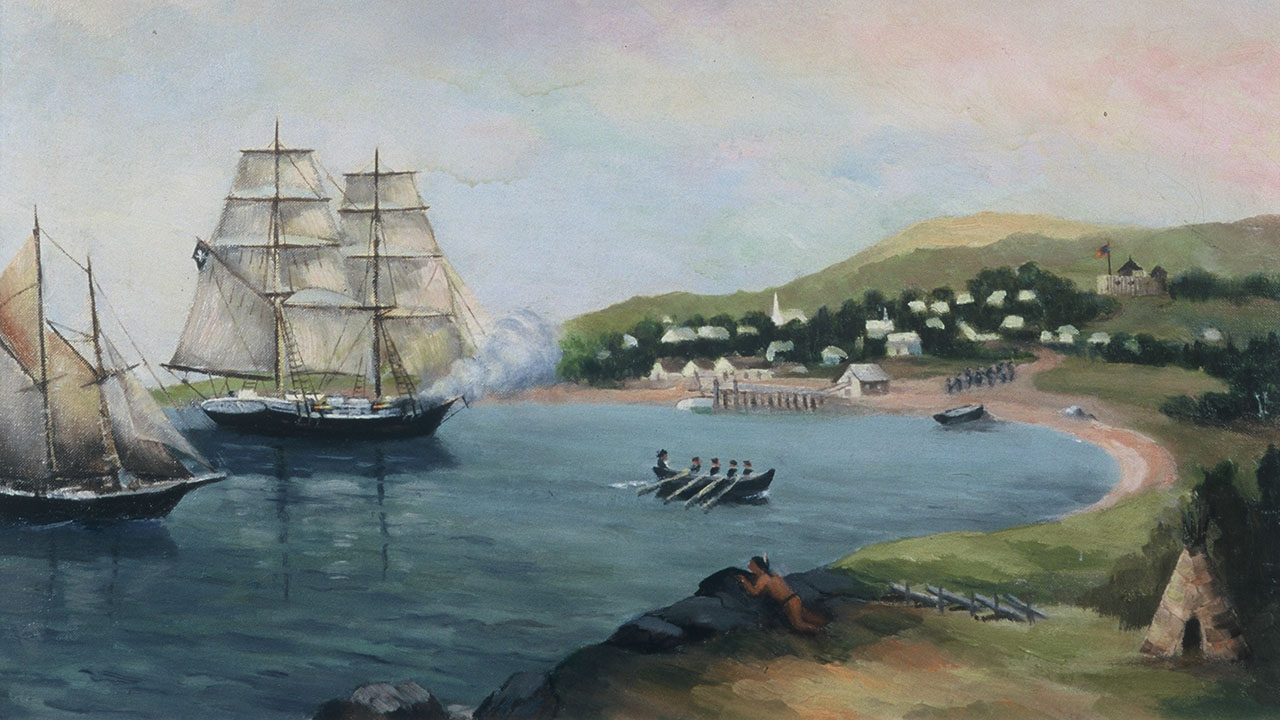 250 Years of Challenge and Change. The story of Lunenburg is a remarkable one. The first settlers in 1753 participated in a formal lottery, choosing cards to determine the plots of land upon which they would settle and build. Just as the founding families accepted the verdict spelled out by the cards, so too have their descendants accepted and mastered, in the 250 years since then, the assorted card hands dealt to them by geography and nature, the passage of time and the changing economic landscape.

A community shaped entirely by the dialogue between land and sea, Lunenburg has always displayed a healthy understanding of itself and a creative approach to its survival. Across two-and-a-half centuries, the community has faced adversity many times, always responding with resiliency and adaptability. When threatened with change and decline, disaster and loss, Lunenburg has simply re-invented itself — on several occasions — and moved on.

Thus immigrant European farmers, faced with rocks, stumps and stubborn soil, became rugged North Atlantic seafarers within two generations. Through the nineteenth and well into the twentieth centuries, enterprising local entrepreneurs seized the opportunities of the Grand Banks fisheries and built sizeable fortunes in shipbuilding, repair and provisioning, fish processing and the fish export trade. Townsfolk who did not go to sea found employment in land-based marine industries, or in the many infrastructure services needed to support a community dependant on the sea.

When the fish disappeared and the maritime-based economy foundered late in the twentieth century, Lunenburg re-invented itself yet again, this time diversifying into heritage tourism, capitalizing on its unique location and character, built heritage and cultural legacy. In 1995 the town was designated a UNESCO World Heritage Site, and Lunenburg thus sailed into the millennium with both an old and new identity, complete with international recognition and a fresh lease on life.

The photographs, documents, maps and assorted artifacts which make up this Virtual Exhibit commemorate Lunenburg's rich heritage, and are drawn almost entirely from the holdings of Nova Scotia Archives. We've also included a complete online version of Lunenburg by the Sea: Views of Lunenburg Nova Scotia, a promotional booklet published about 1896, as well as a brief bibliography for anyone interested in reading more about Lunenburg.