Captain Moorsom, writing in the 1820s, was surprisingly forthright in many of his observations regarding Nova Scotia and its colonial population. At a time when cultural standards were different and less stringent, pointed — even unflattering — comments were frequently made in praise of specific characteristics seen to be ethnic in origin. Thus Moorsom, going much further than today's observers ever would, paid Lunenburg a high but somewhat back-handed compliment when he wrote that:

The inhabitants and country people of the neighbourhood are evidently a race widely differing in features from the generality of Anglo-Nova-Scotians. Germany is stamped upon their broad features and high cheekbones, and Helvetic origin shows itself in the florid complexion, and forms more square and bony than that of the lathy saplings we usually see reared in the hotbeds of America.

Moorsom observed that German was spoken as frequently as English by rural inhabitants, and that a number of Lunenburgers still retained the language almost exclusively. He further noted that "the accent is universally foreign, the pronunciation hard to an English ear." In the early decades of the twentieth century the use of German still lingered — but mostly among older folk who used it to discuss matters they did not want their grandchildren to understand.

Seventy years later, Lunenburg by the Sea (1896) used glowing adjectives and the Victorian phrasing of the time to celebrate early Lunenburgers — "brave, stout-hearted pioneers...their lofty courage, their faith, their toil," and their legacy of "hardship and heroism." With a note of ambiguity, the author observed that their descendants were "now reaping the harvest they [the immigrant generation] sowed in tribulation and watered with their tears. Between then and now how vast the difference."

By 1953, the Lunenburg Bicentennial Committee took a more measured and progressive approach to the community's collective inheritance. In dedicating their commemorative booklet, they singled out "those courageous men and women who founded Lunenburg 200 years ago. As one of the oldest communities in British North America, we are proud of their contribution as an ethnic group of virility and imagination to the stream of Canadian nationhood." 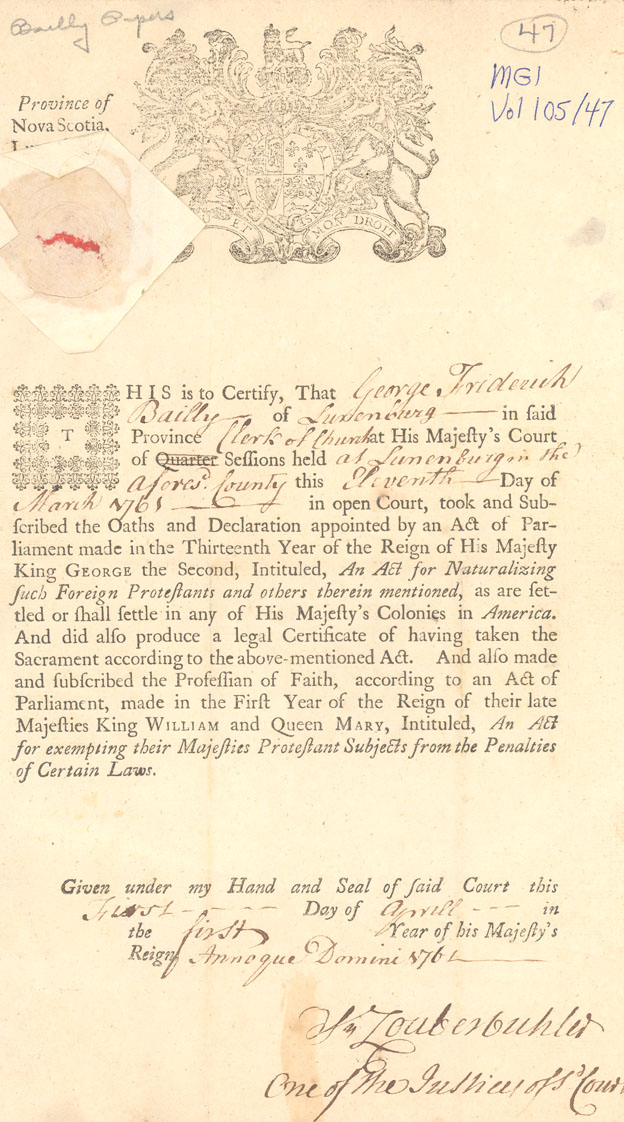 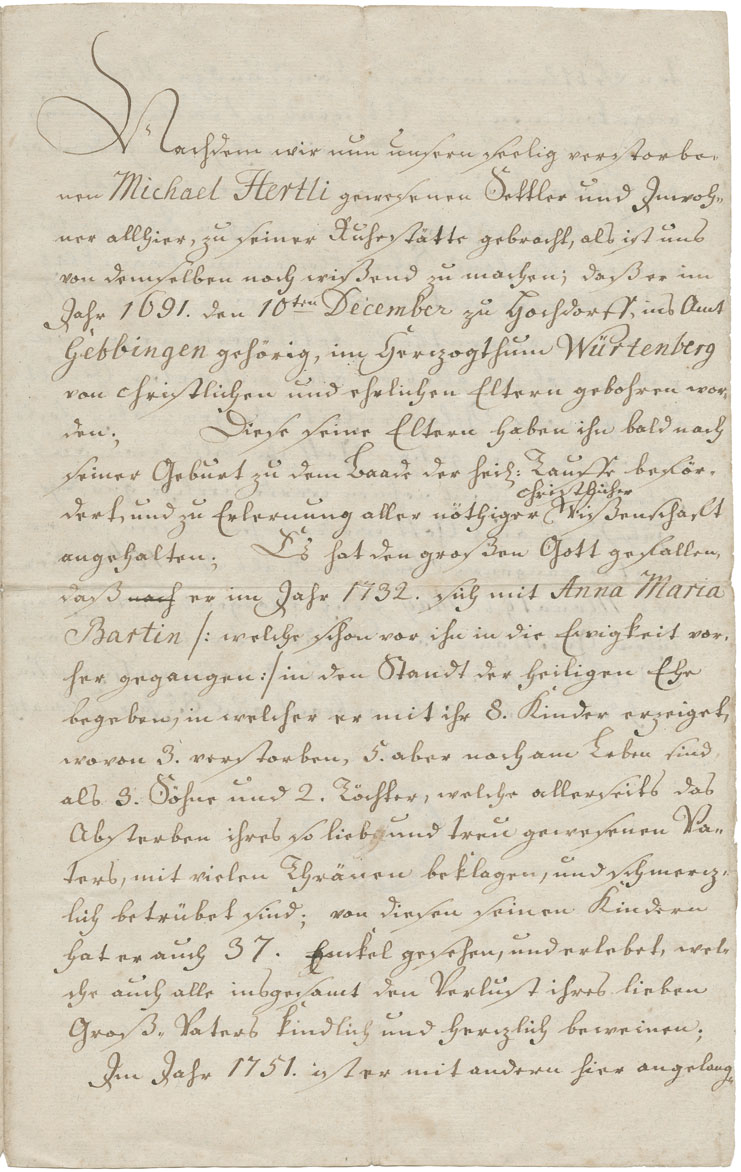 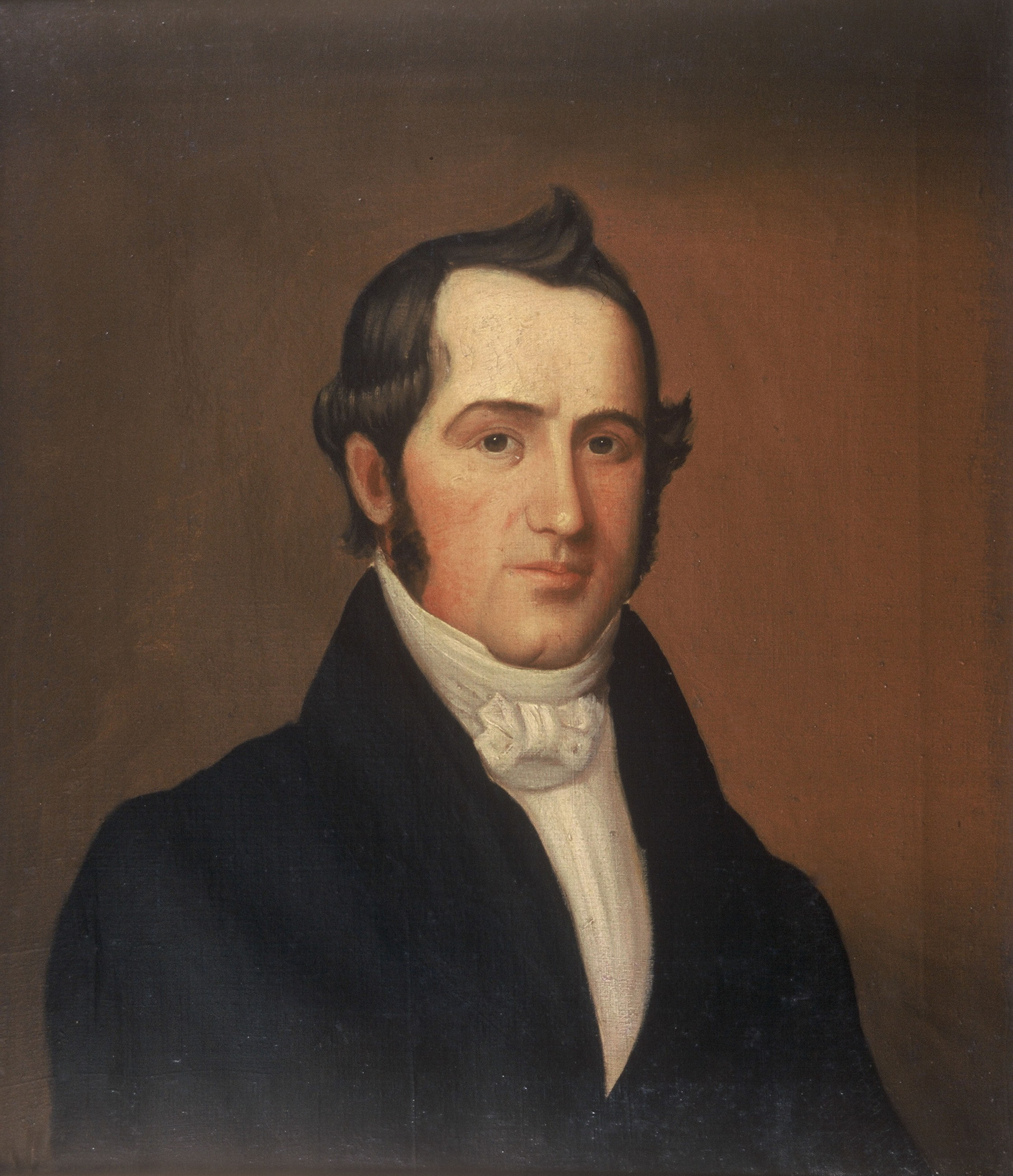 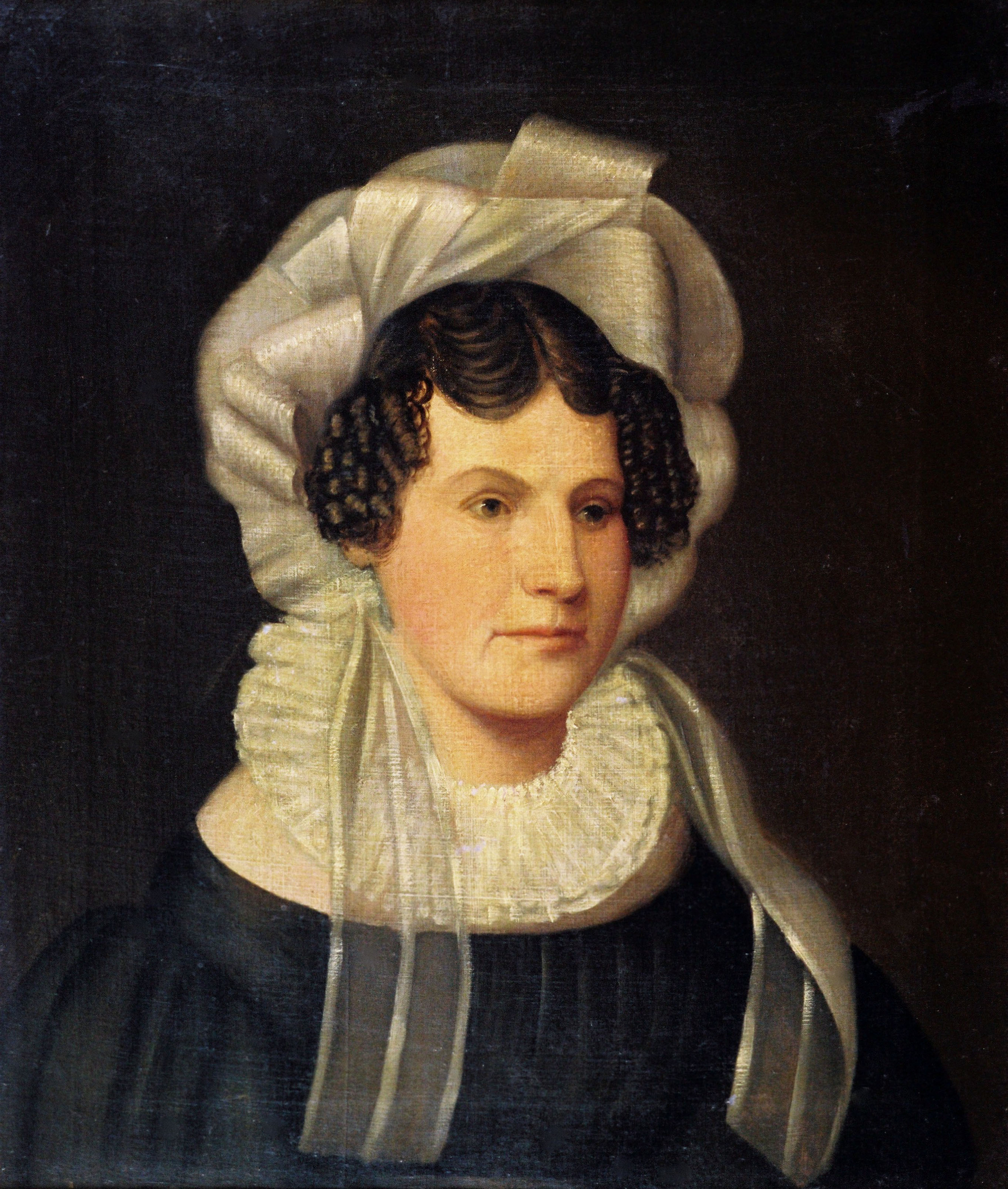 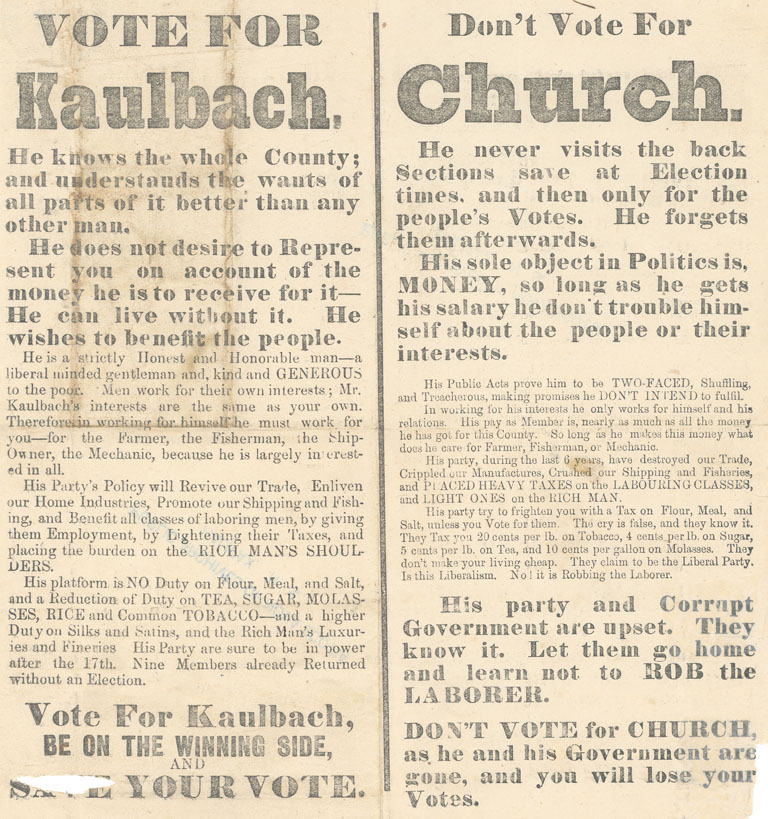 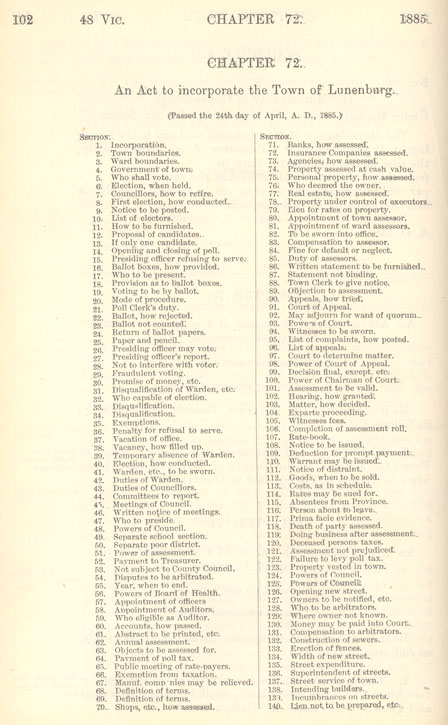 "An Act to Incorporate the Town of Lunenburg" 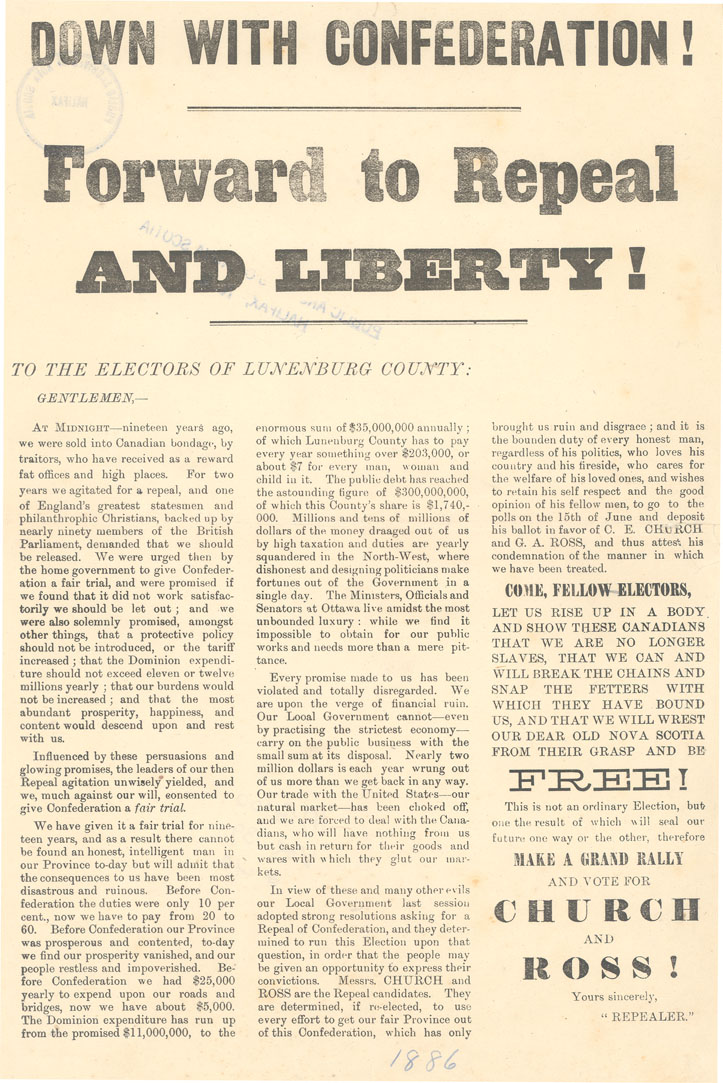 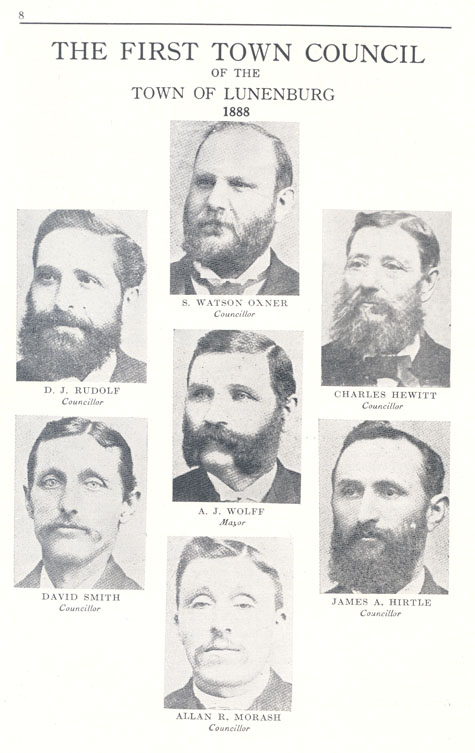 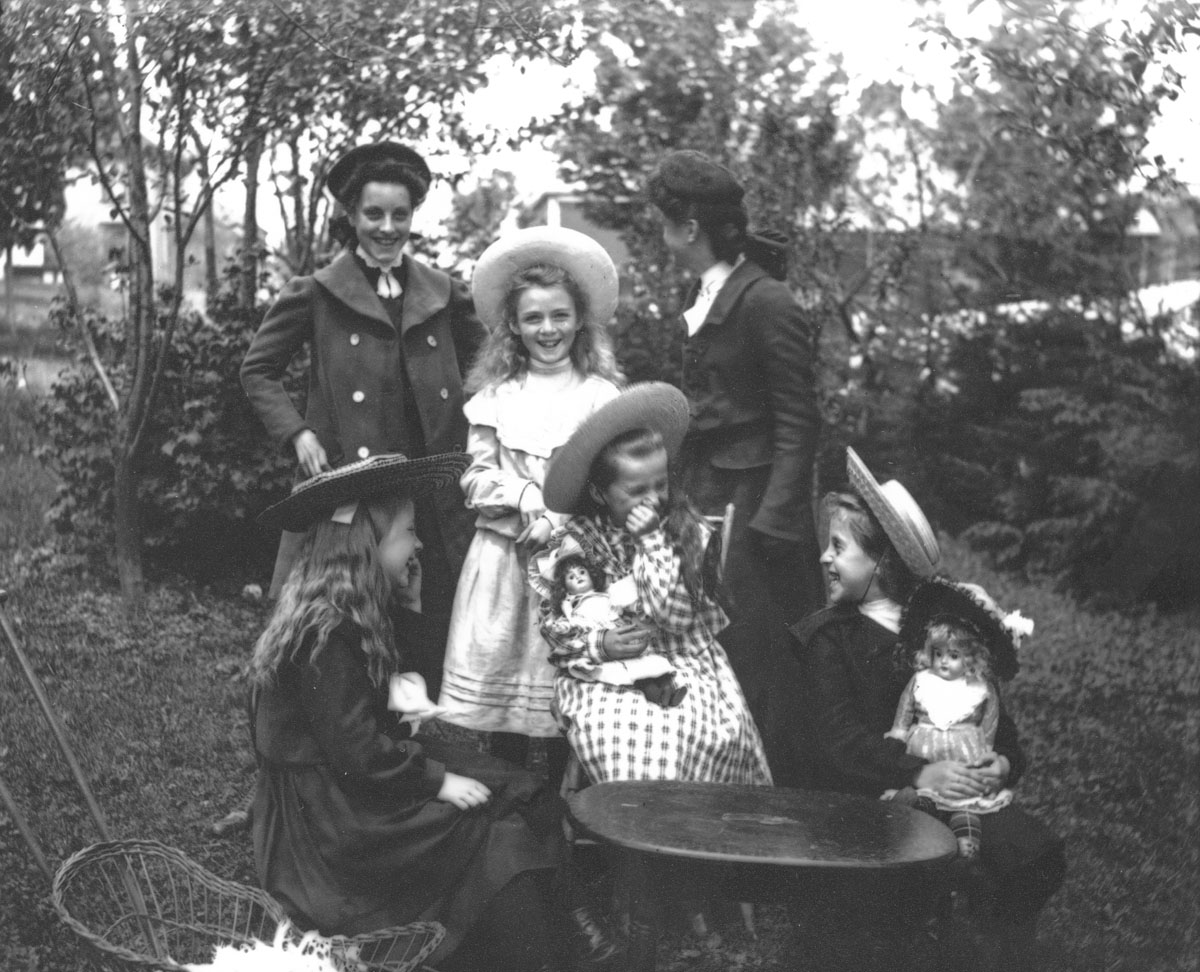 Little girls and their dolls 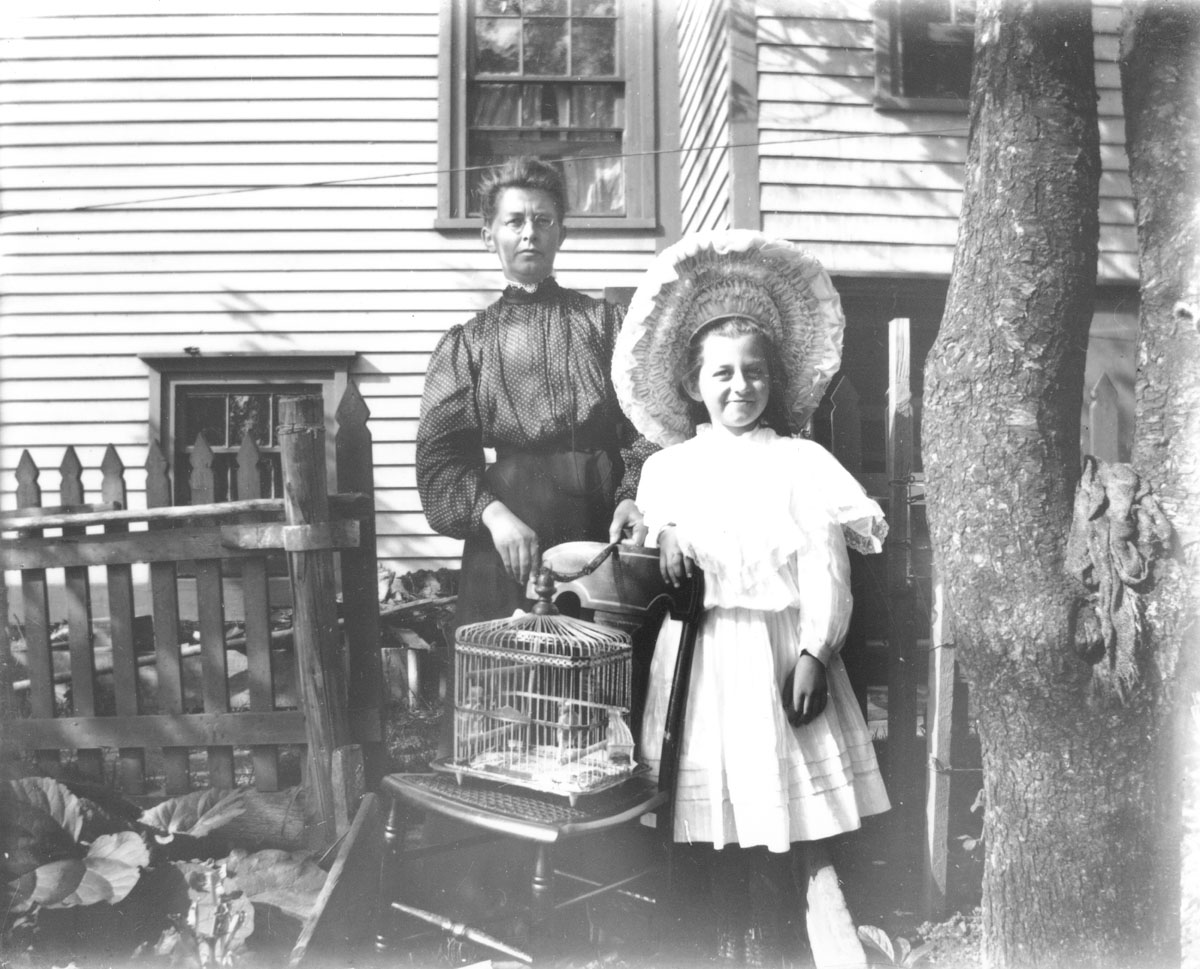 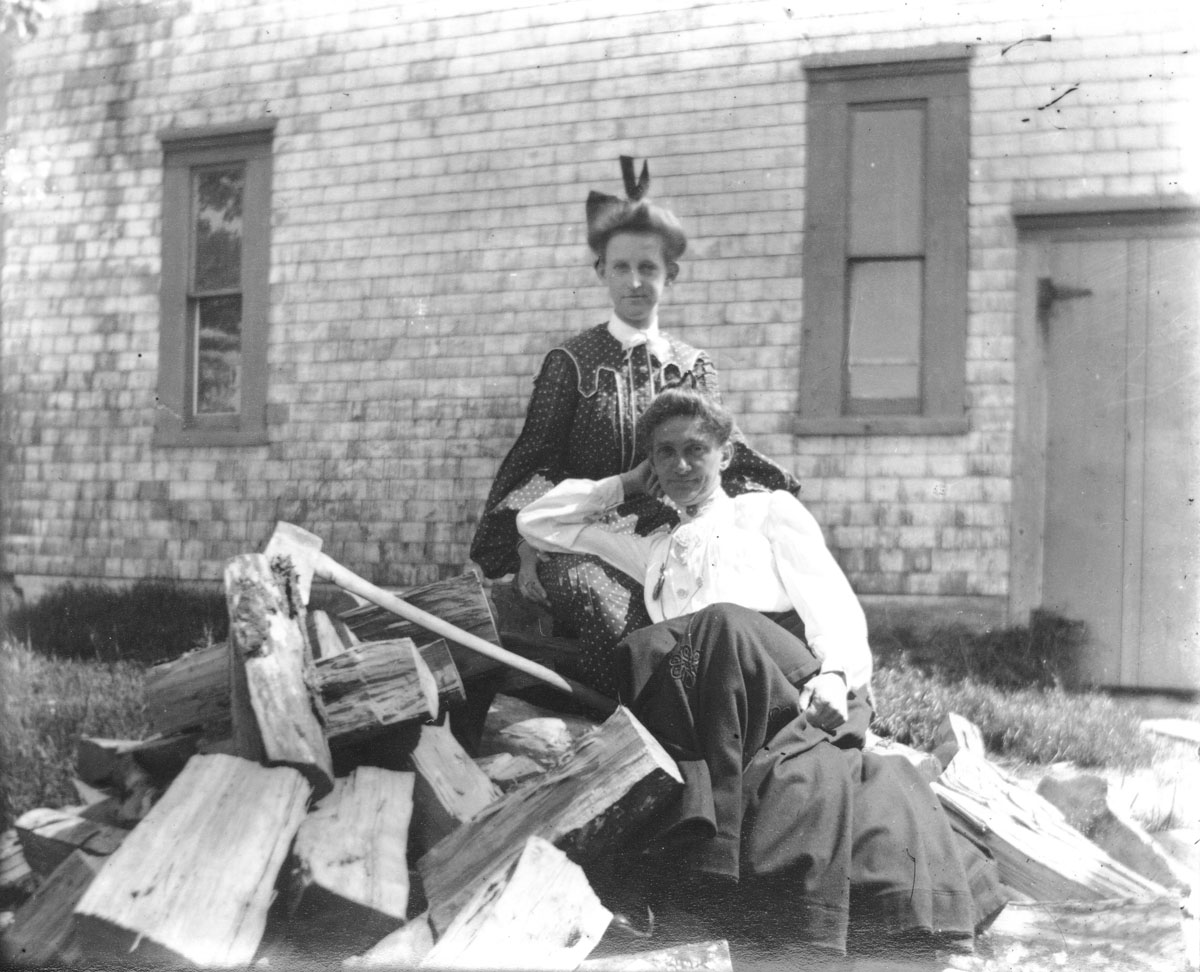 Two women and a woodpile 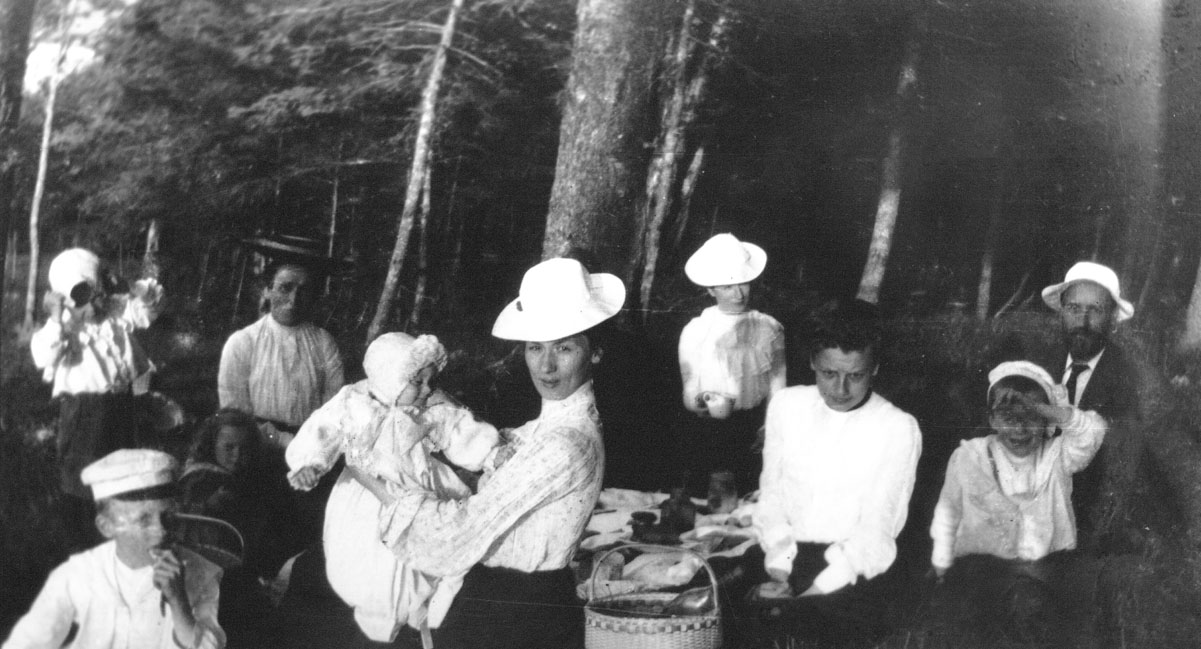 Picnic under the trees 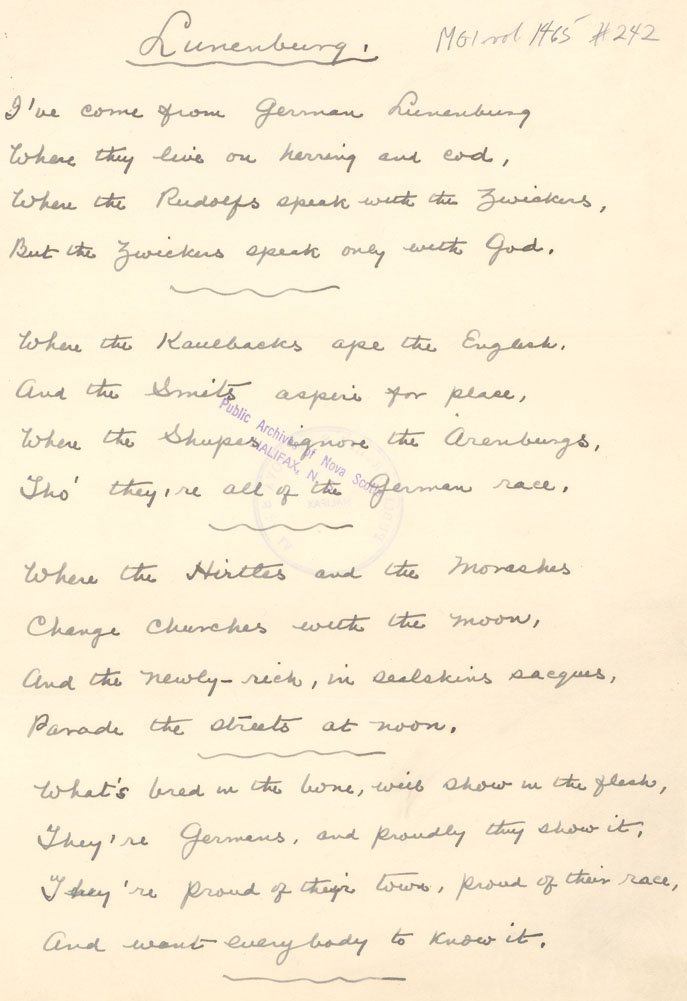 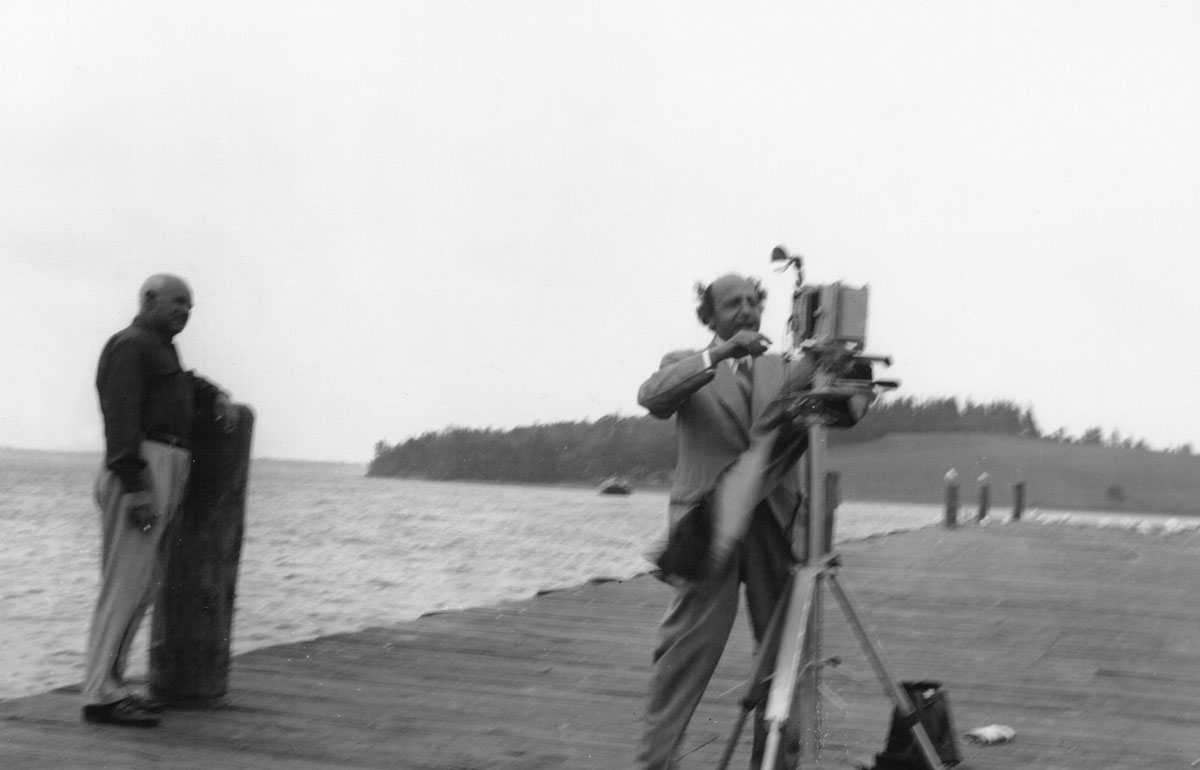