It did not take the early settlers long to realize the potential of the sea which surrounded them — especially when they realized the challenges and limitations inherent in farming the lands they had been given. By the late 1700s, the shift from land to sea had already begun. If the settlers wanted to travel anywhere, they went by sea. To go by sea, they needed a vessel. In a growing community, many vessels were needed for travel and trade.

Thus by August 1787 it was no surprise when the Halifax newspaper noted the arrival in port of "a handsome brig built in Lunenburg." By the 1830s, Lunenburgers owned one ship, six brigs and 68 schooners — the lure of the Banks fishery, with its need for smaller, faster and more agile vessels, had begun. In 1861, during the Golden Age of Sail, there were eighteen vessels on the building stocks in Lunenburg at one time.

A few days later, The Halifax Herald again commented on shipbuilding in Lunenburg, under the banner headline 'Boom is on in Lunenburg Shipbuilding', announcing that fifteen vessels were then on the stocks in Lunenburg County — ten on the LaHave River, four in Lunenburg and one in Mahone Bay.

McAlpine's Gazetteer for 1919 noted that Lunenburg's chief industries were "agriculture, fishing, ship and boat building, the latter on a large scale; there are 3 ship yards and 5 boat building establishments." Construction of wooden vessels continued well into the twentieth century — the most famous Lunenburg products are without doubt the Bluenose (1921), Bluenose II (1963) and the replica of HMS Bounty (1960). 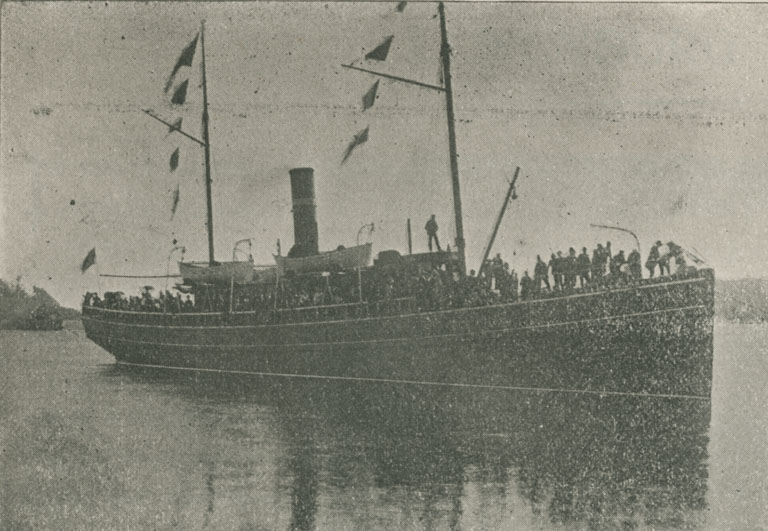 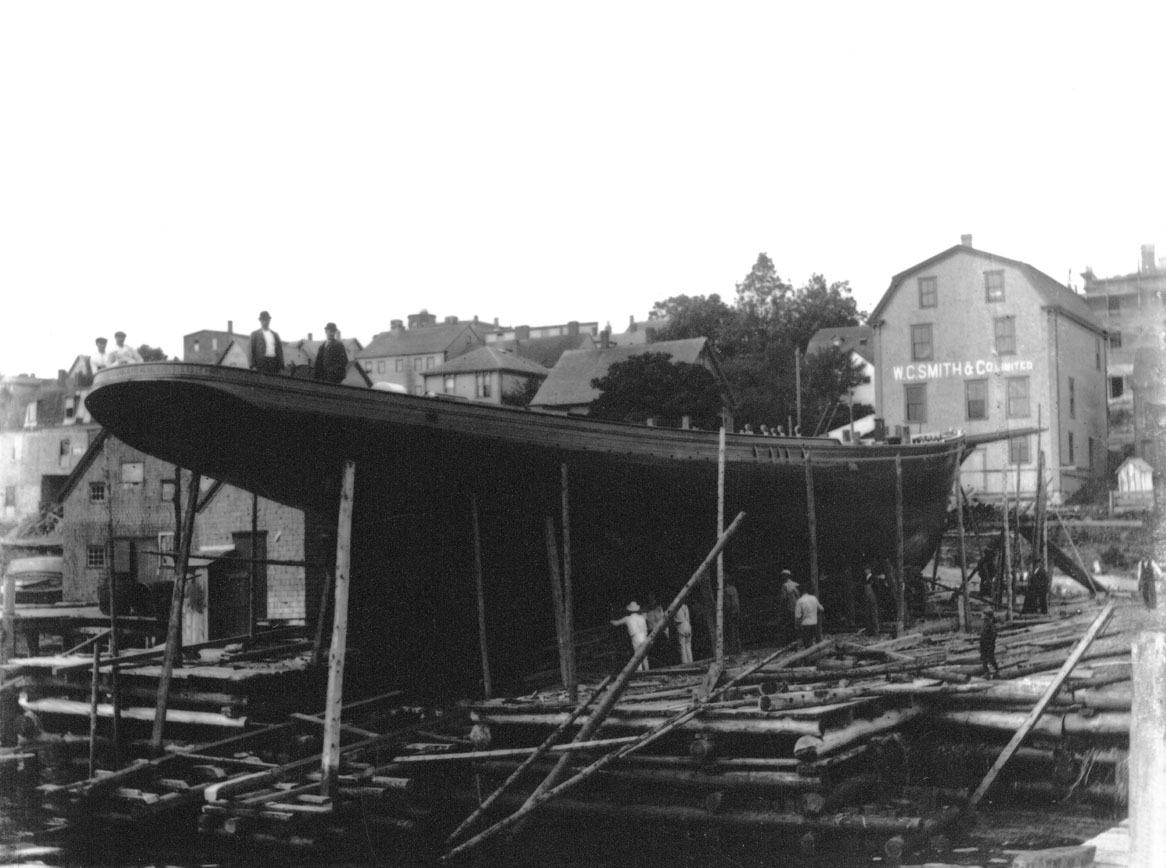 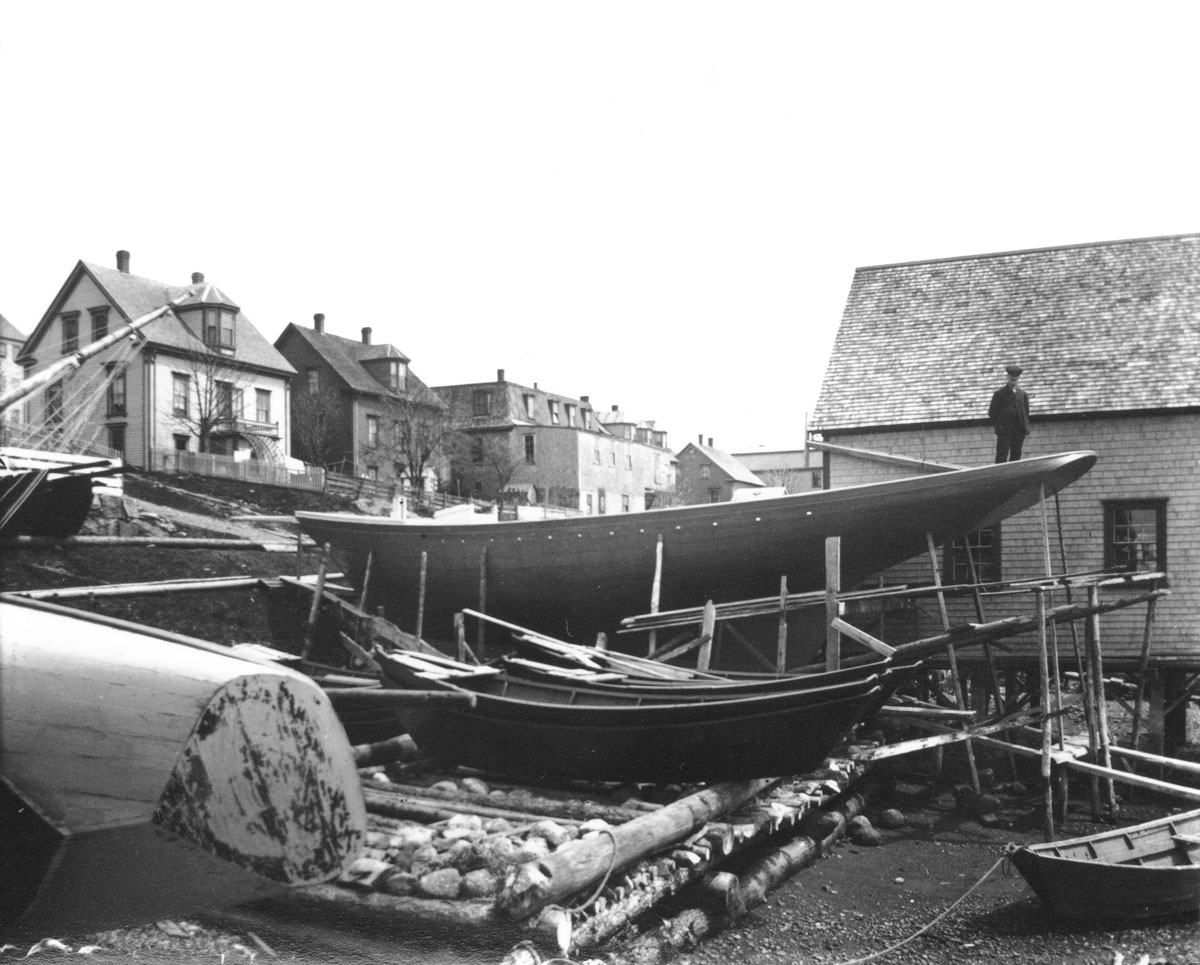 Lunenburg Waterfront and Schooner under Construction, as seen from the Harbour 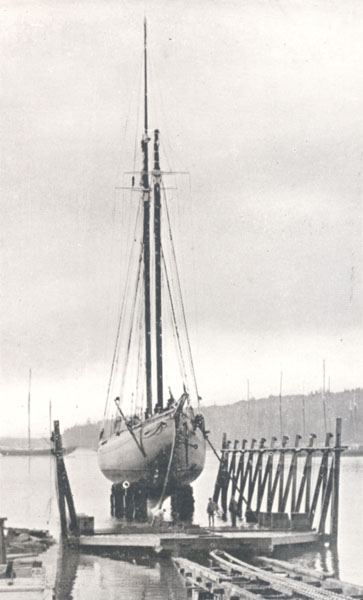 "The Bluenose on the slip at Lunenburg, N.S." 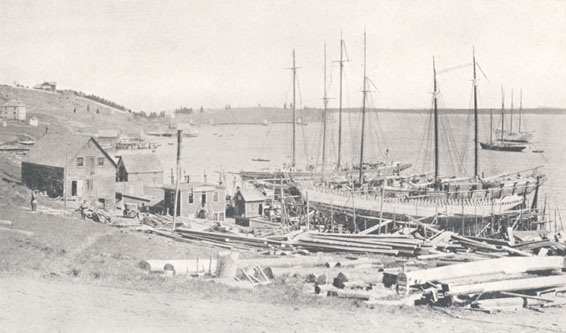 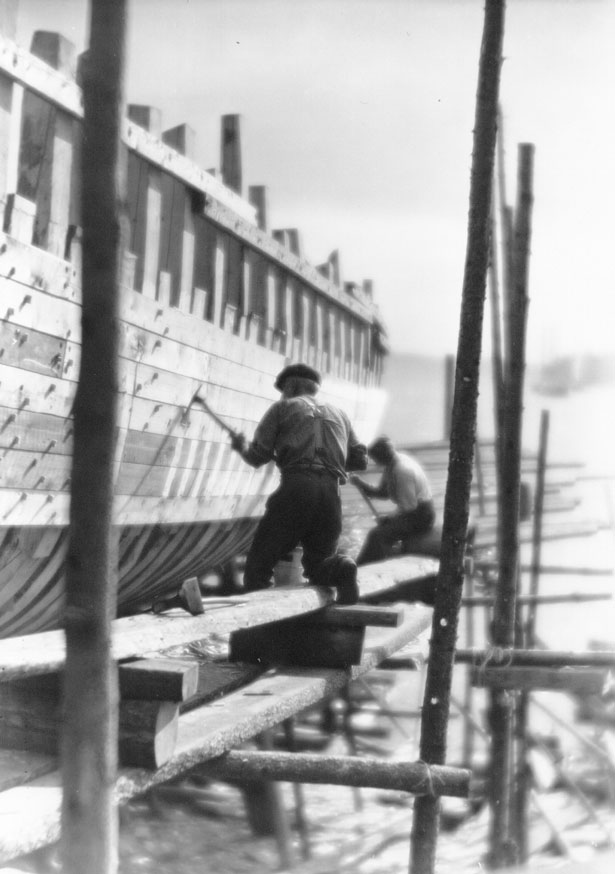 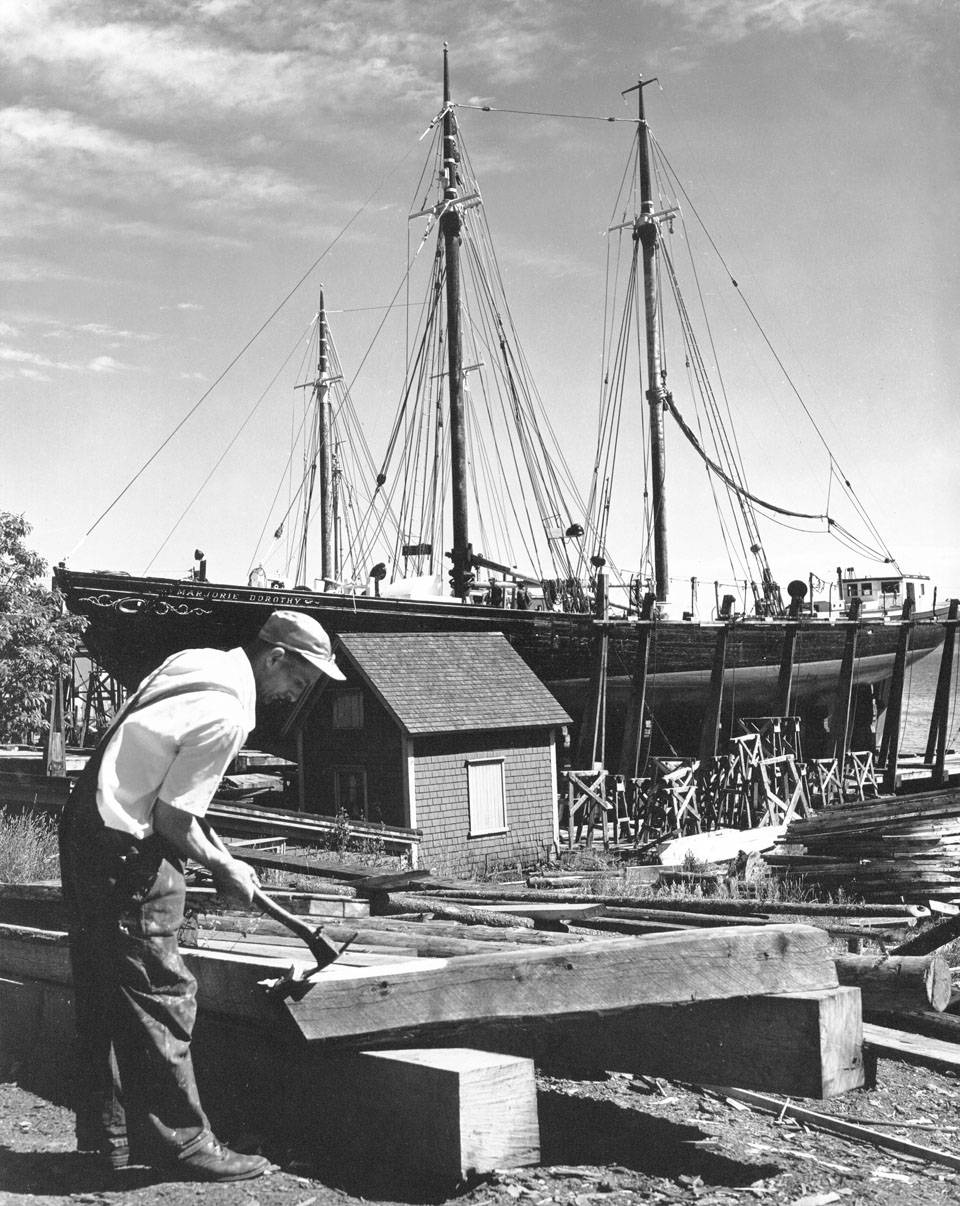 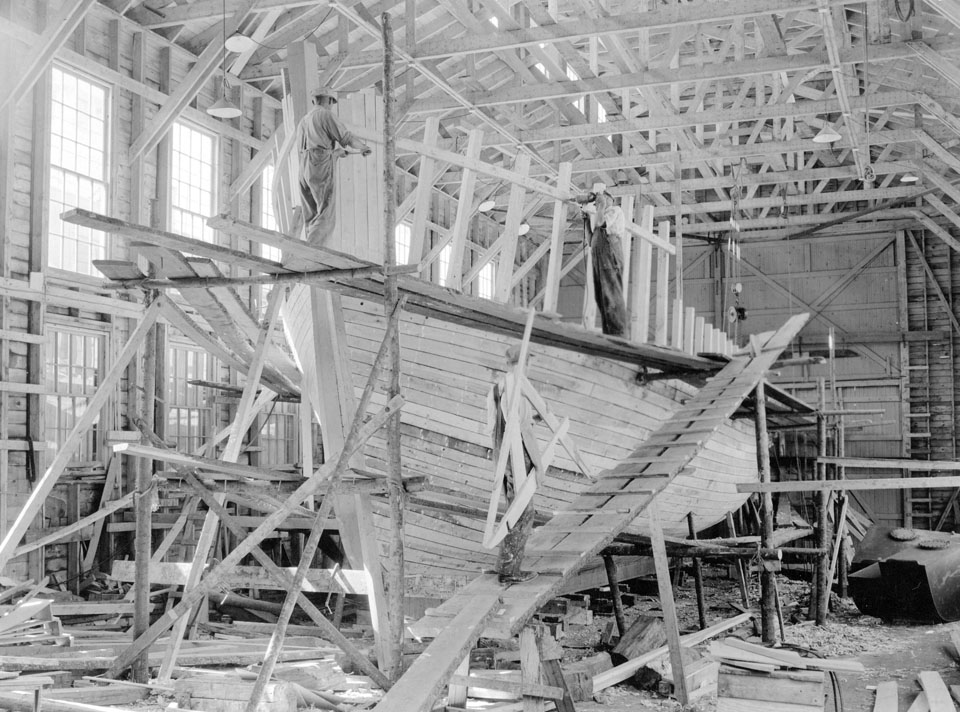 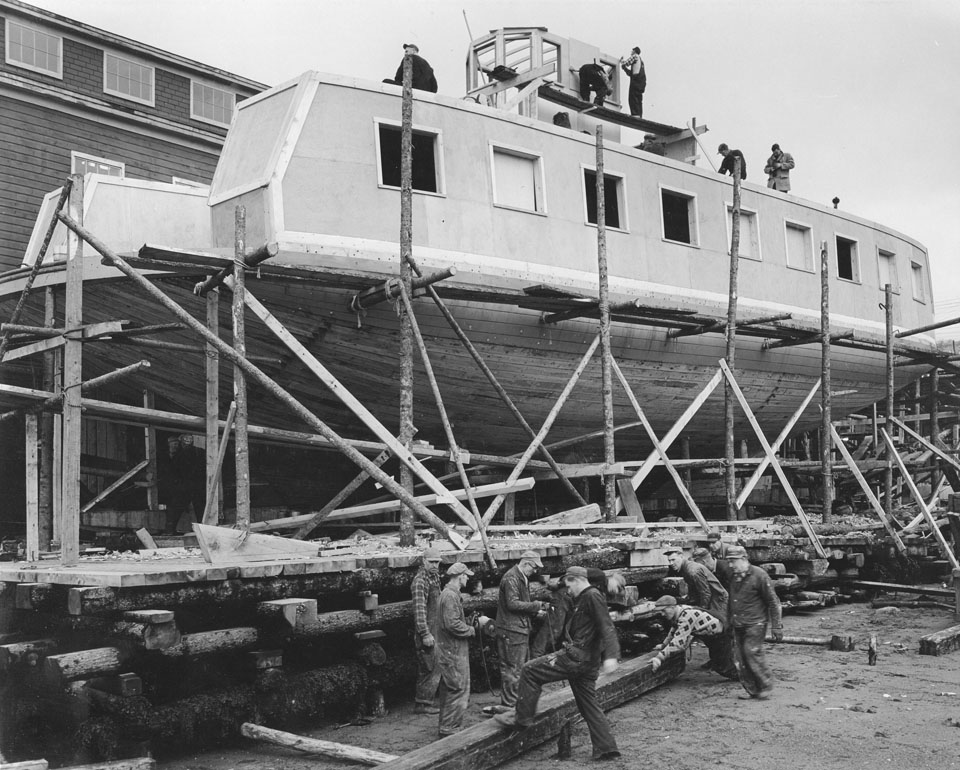 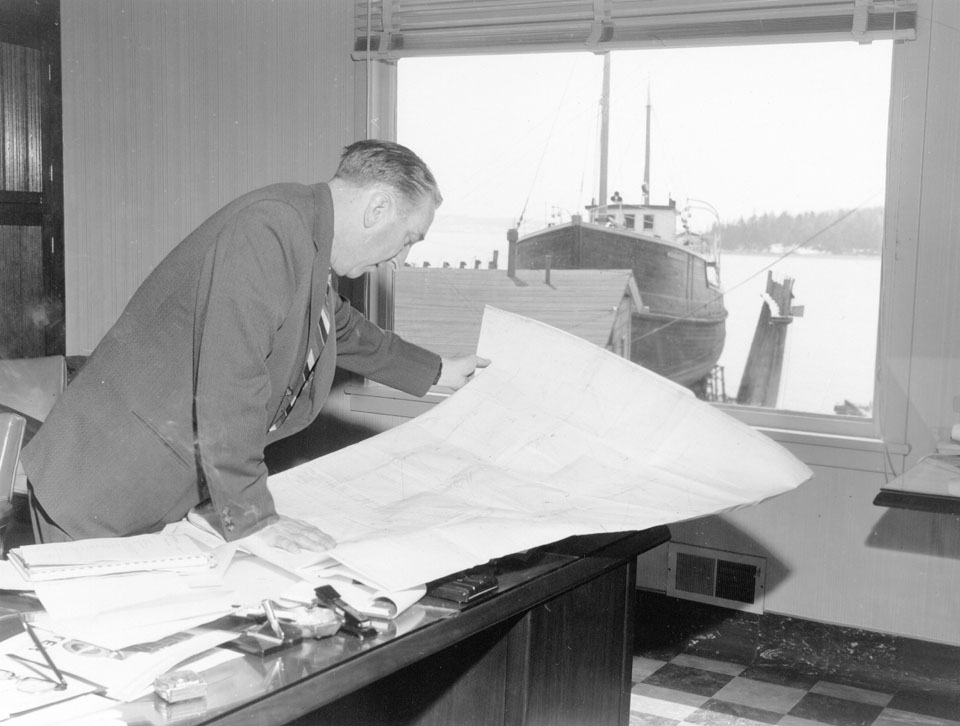