The Call of the Open Road

The arrival of the automobile 'democratized' tourism in Nova Scotia. In the days before there was a motor vehicle in every driveway and good roads to drive it on, a trip to Nova Scotia was for the élite — those tired of New England or the St. Lawrence, and able to afford the rail or steamship fares to get here, and then the outlay required for a summer in the woods or at a coastal resort. The automobile changed all that.

Suddenly, anyone from anywhere could come to Nova Scotia, drive around easily, stay wherever they wanted, do what they liked doing, and remain for as long as they wished. More importantly, this experience was now available to Nova Scotians themselves, and to their neighbours in the next-door provinces. People who had never thought of taking a vacation before, now used their family car to travel for a day or a week, exploring unfamiliar parts of the province, and staying in a variety of new accommodations catering to people on the move like themselves.

This suddenly-mobile mass market first became evident in the 1920s, and immediately opened up a world of opportunity for tourism entrepreneurs. By 1925 the Nova Scotia Motor League (a predecessor to the Canadian Automobile Association) was publishing the Automobile Green Book specifically for the motoring public. Government also took notice, and by 1934 a sign high on the bridge across the Missiquash River — the border between Nova Scotia and New Brunswick — alerted east-bound motorists to the 'Nova Scotia Boundary Line — Information Bureau 500 Feet Ahead — Tourist Please Register.'

Highway maps became popular, not only to help motorists find their way around, but also to promote the province as a tourist destination. They drew attention to Nova Scotia's expanding highway infrastructure, as well as rail and steamship connections, the best beaches and prime locations for fish and game. By 1950 the Official Highway Map, Province of Nova Scotia, Canada's Ocean Playground could proudly proclaim 'All main highways are paved.'

Click through the virtual exhibit presented here to follow the call of the open road in Nova Scotia from the 1920s to the 1950s, and experience the wonderful sense of freedom that came with owning an automobile. The best example of how road construction anticipated and leveraged tourism potential is the story of Cape Breton's fabled Cabot Trail, completed in 1932. Rarely-seen photographs taken by the Department of Highways that year as the road was being cut through the Highlands are displayed here — the Trail was neither paved nor completely fitted with guardrails until the 1950s. For an even better experience of the road under construction, check out Clara Dennis's photographs from 1929 — she was the very first woman, and one of the first Nova Scotians, to drive an automobile up and across that long and winding Trail. 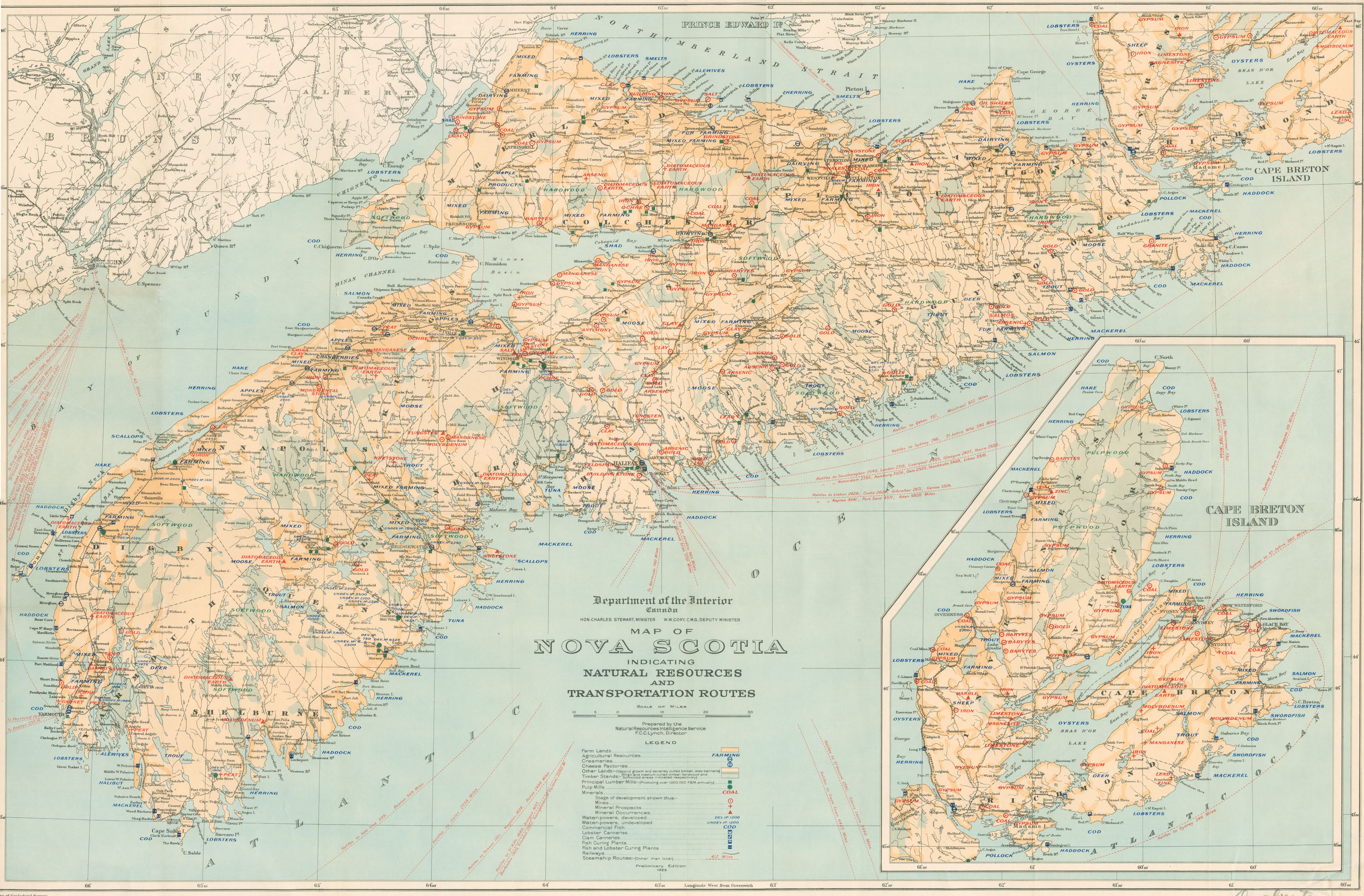 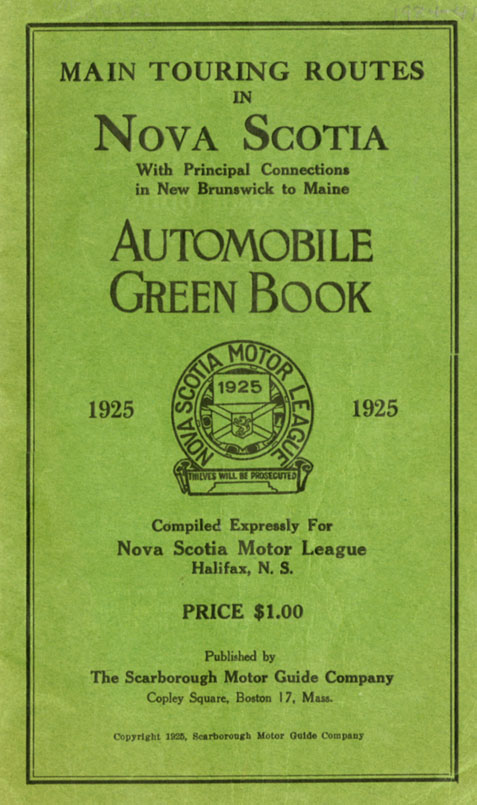 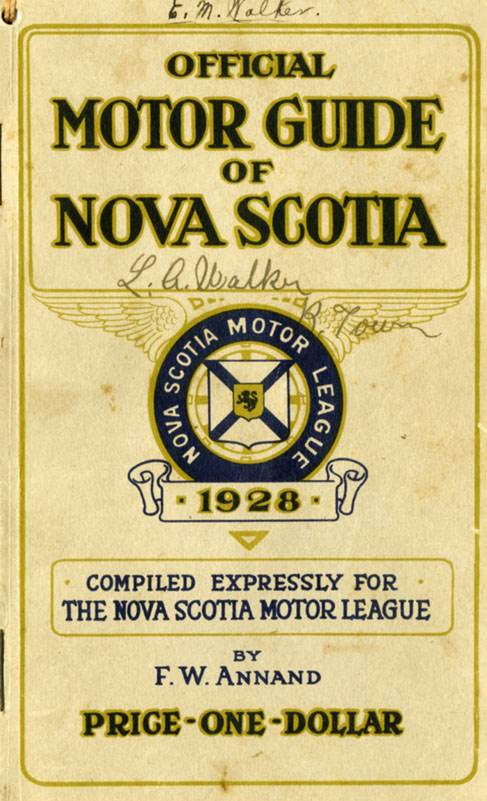 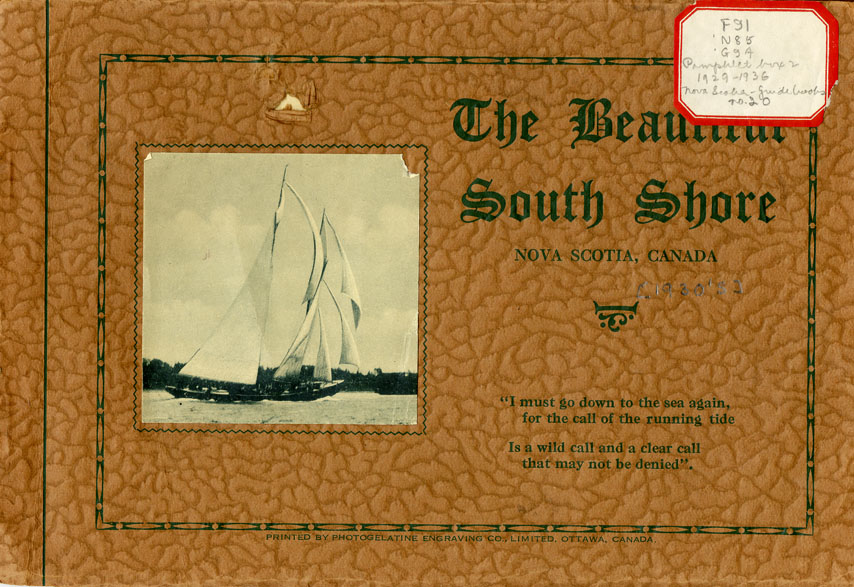 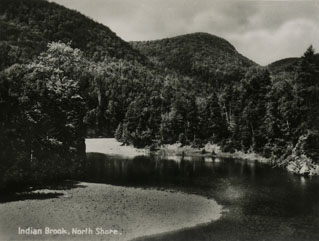 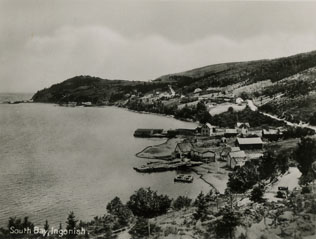 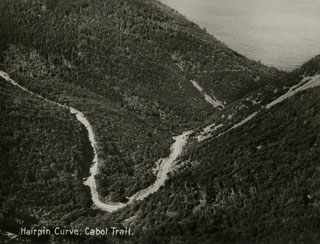 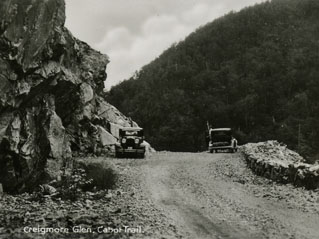 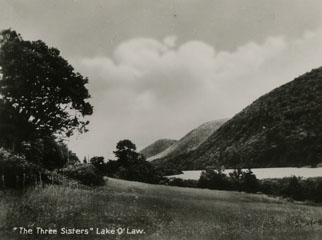 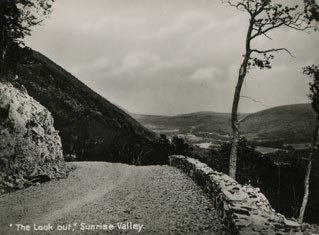 ''The Look Out, Sunrise Valley'' 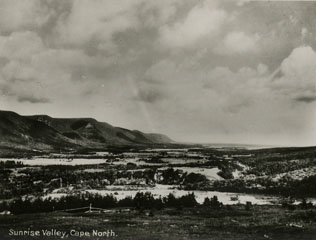 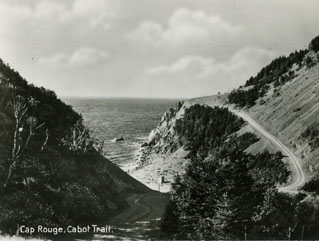 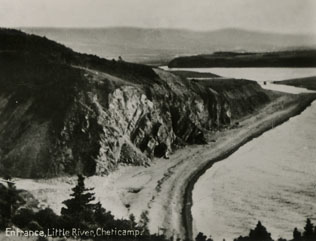 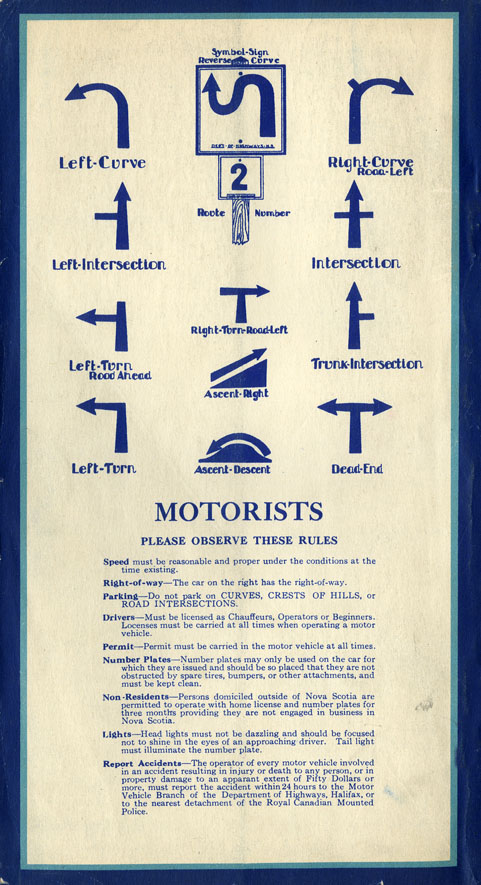