Trains and Boats and Planes

Early one July morning back in 1871, some 300 New Englanders arrived in Annapolis Royal on the steam-ferry from Saint John, travelled up the Annapolis Valley by train, stopped briefly at Grand Pré to experience Acadian country, went on to Halifax and made a fast tour of the city, caught the evening train back down the Valley, and arrived at the ferry dock just in time for the last sailing of the day. This was the first organized tour group ever to visit Nova Scotia and their entire tour of inspection was accomplished in nine hours — not bad, even by today's standards.

Their whirlwind tour is significant not only because it marks the beginning of commercial tourism in Nova Scotia, but also because it anticipates how the industry developed in the decades that followed — essentially in a straight line forward, parallel with, dependent on and inseparable from the opportunities brought by modern transportation, from steamship lines to railway companies to the automobile and beyond.

The completion of the Windsor & Annapolis Railway in 1869 from Annapolis to Windsor and on to Halifax (via the Intercolonial) provided unprecedented access to a huge swath of Nova Scotia. The old ferry service across the Bay of Fundy to Saint John, New Brunswick suddenly took on new vitality, and beyond Saint John lay rail connections deep into the Canadian and American markets.

Digby and Annapolis were the early pivot-points in this network. In 1891, however, the rail line between Yarmouth and Digby was extended to Annapolis; at long last it was possible to board a train in Yarmouth and get off in Halifax — with huge potential for entirely new commercial and economic ventures. Yarmouth became the principal southern gateway into Nova Scotia and lost no time capitalizing on its existing saltwater connections to New England and New York. Steamship and railway companies immediately saw an opportunity to leverage their capacity by catering to the tourist trade, and a whole new industry — commercial tourism — was born.

Click through this exhibit to explore ninety years of tourists arriving in and travelling through Nova Scotia — from the days of the Windsor & Annapolis, to the Bluenose car ferry and the arrival of the first Tauck Tours in 1957, on National Airlines. Also included are examples of early printed timetables, which soon became glossy, picture-laden booklets advertising Nova Scotia as a tourist destination — for more of these, see the Travel Literature exhibit.

Results 1 to 15 of 53 from your search: Trains and Boats and Planes 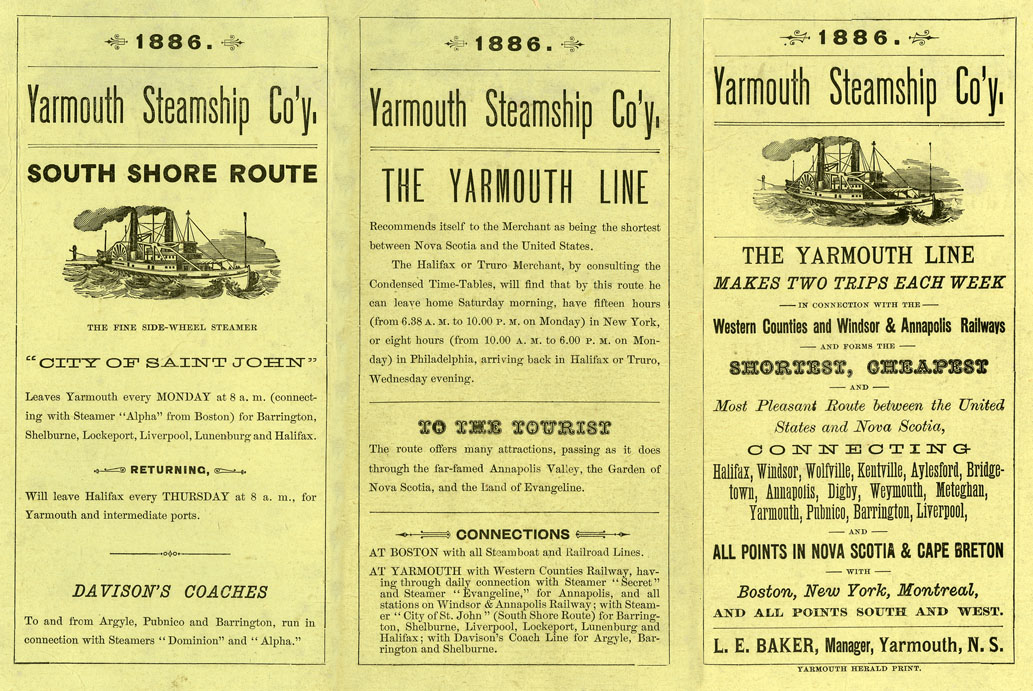 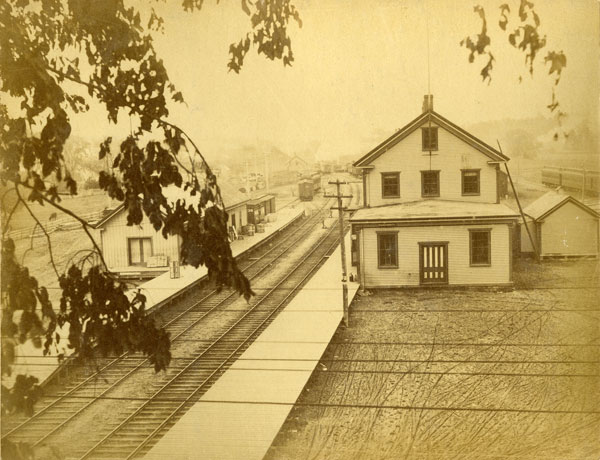 ''Nova Scotia the Land of Evangeline'' 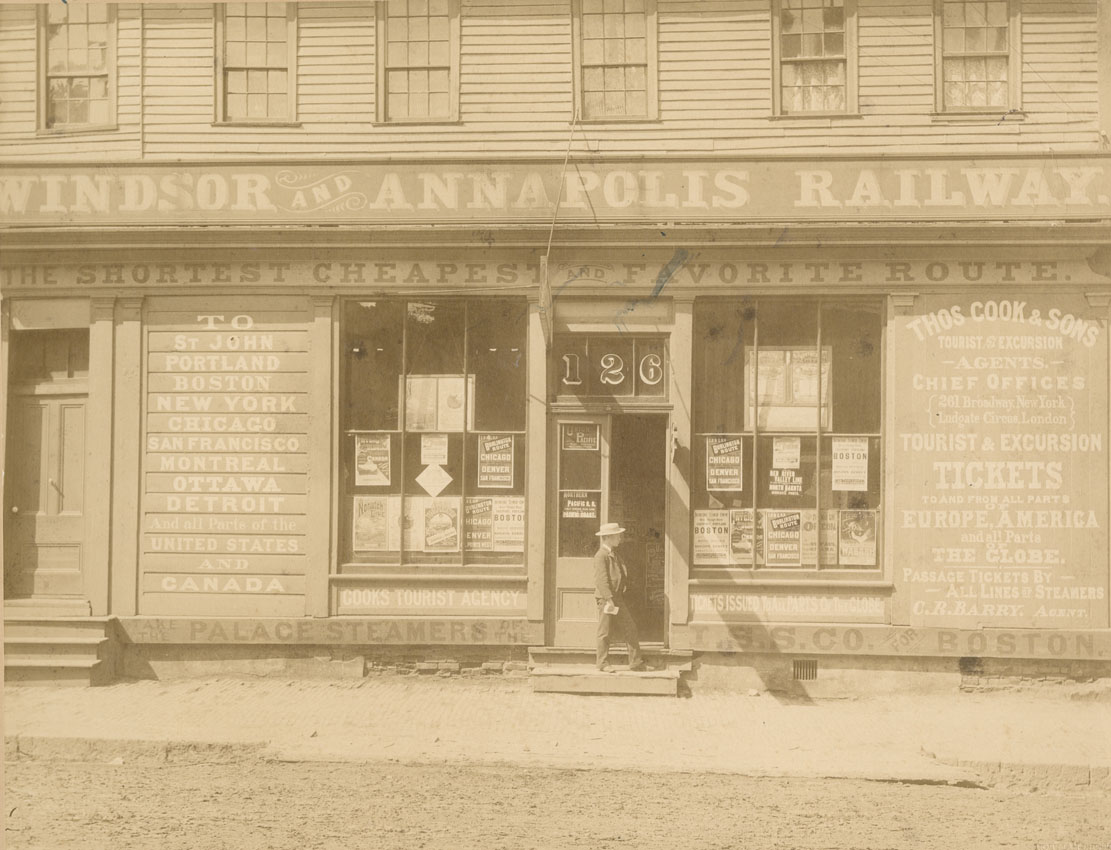 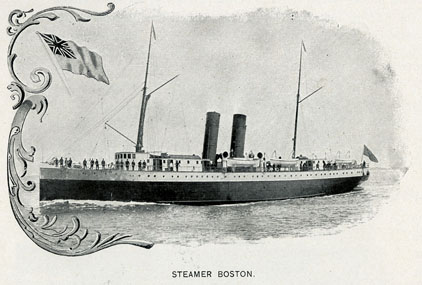 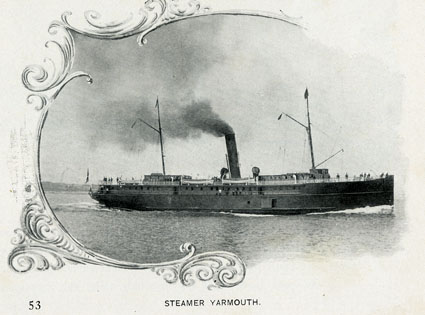 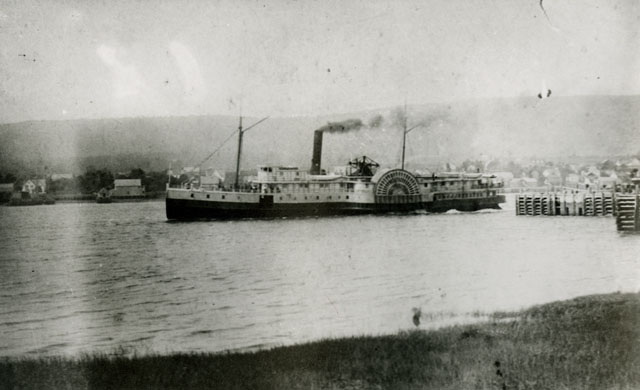 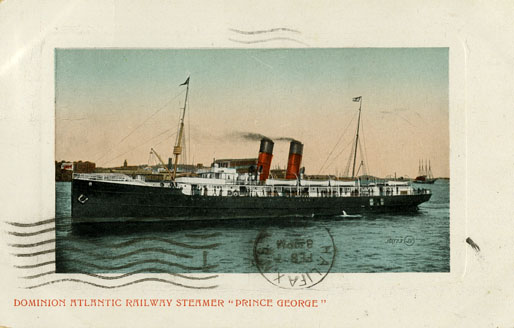 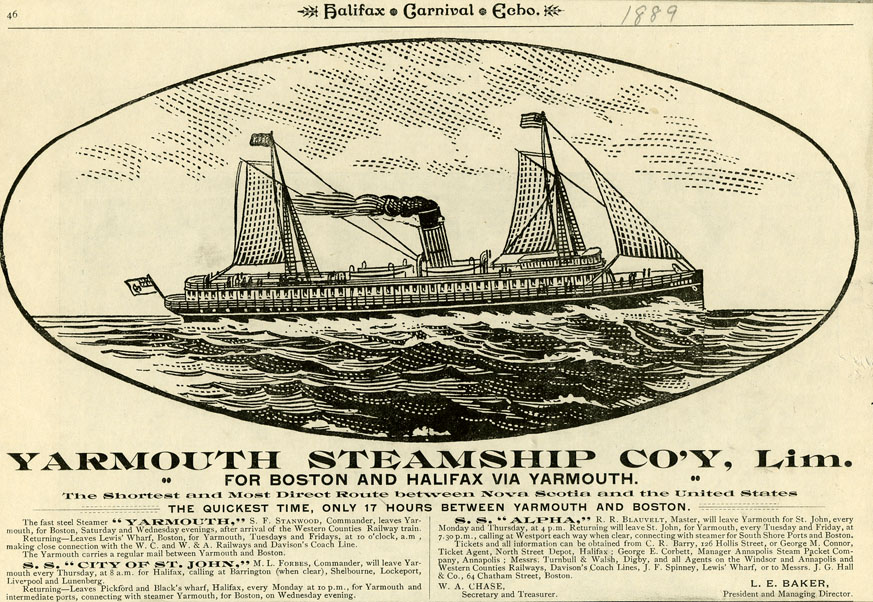 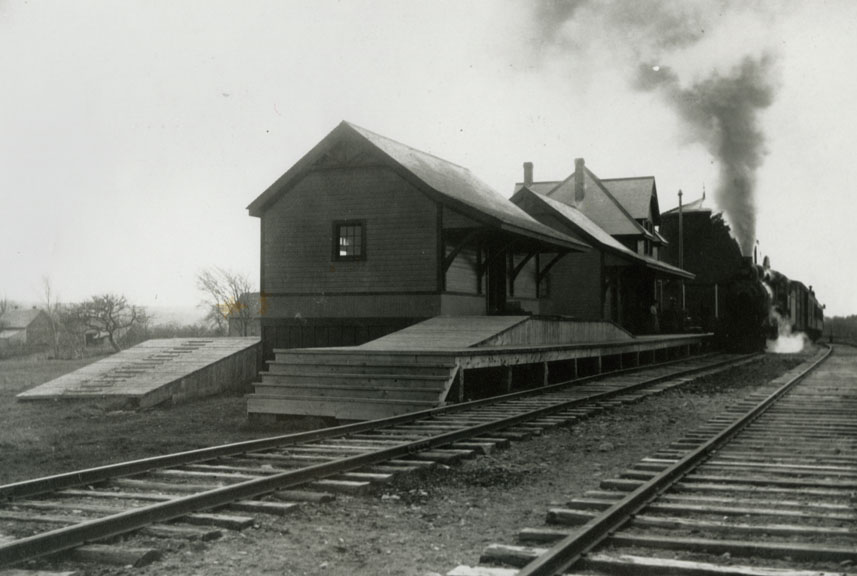 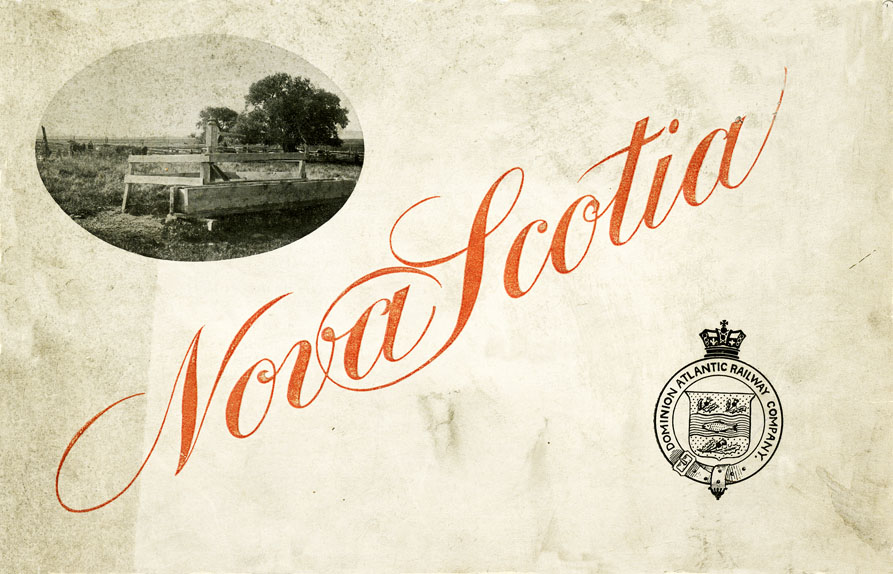 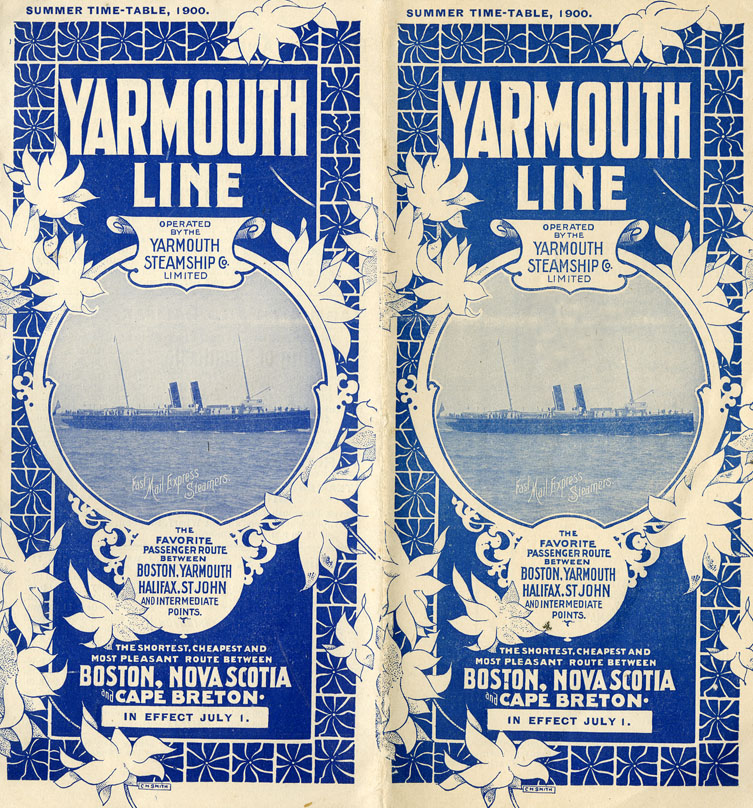