In the beginning there was the water and the woods and the stillness of it all; an endless bounty of trout and salmon, deer and moose, bears in abundance... and more than enough fog and flies. Nova Scotia was 'the real thing,' an authentic and unspoiled 'paradise of sportsmen.'

These were the traditional hunting and fishing grounds of the Mi'kmaq, the original guardians and custodians of Nova Scotia's forests and streams. So famous were they for their hunting and fishing skills and their knowledge of forest life, that they were routinely engaged as woodsmen and guides for the province's first real 'tourists' — members of the British military establishment stationed in Halifax, with time on their hands, money to spend, and a taste for the sporting life.

The rewards of hunting and fishing in early 19th century Nova Scotia were so impressive — flies and all — that before long the province was being promoted as the sportsman's promised land, waiting to be explored and enjoyed. Books such as Campbell Hardy's Sporting Adventures in the New World, or Days and Nights of Moose-Hunting in the Pine Forests of Acadie (1855) — an eye-catching title if there ever was one — created a groundswell of interest, fed later in the century by American newsmagazines. By 1900, Nova Scotia's woods and waters were vacation destinations of choice for the British military, the New England corporate elite and the province’s own business leaders.

In this exhibit, explore 19th century Nova Scotia when it was 'the land of sporting adventure' — fish and game, canoes and campfires, lean-to's and lodges, Mi'kmaq guides and men in business suits, women casting lines into salmon pools. Most of the activity was centred in the southwestern part of the province, where it continues to this day. Jim Morrison's companion article, 'American Tourists in Sportsmen's Paradise, 1871-1940,' explores roughing it in the backwoods of Queens County, and provides a fascinating look at the early days of outdoor-experience tourism in Nova Scotia. 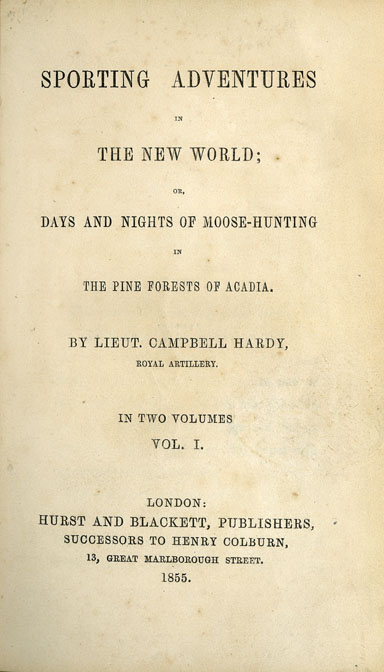 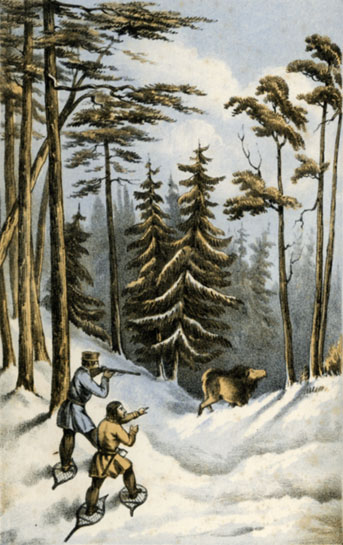 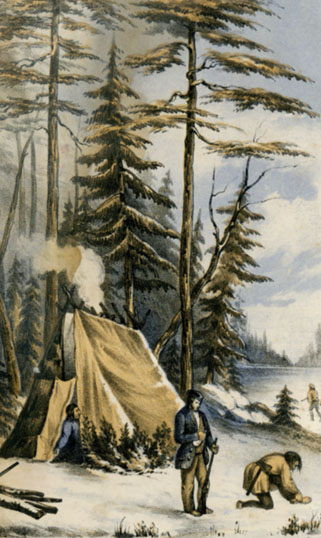 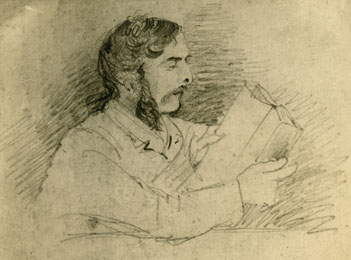 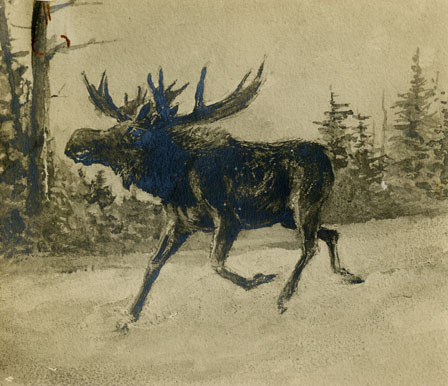 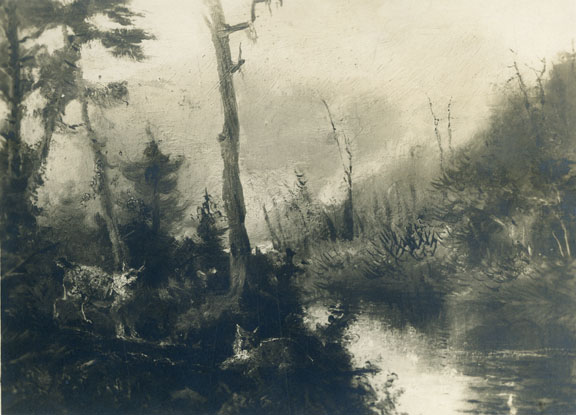 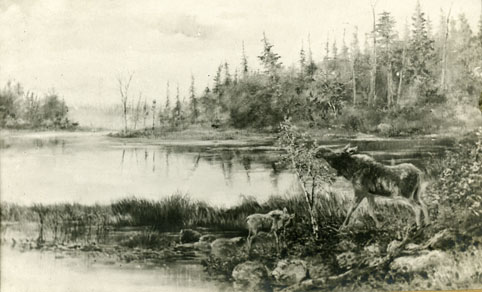 ''Cow Moose and Calf on Edge of a Nova Scotia Lake'' 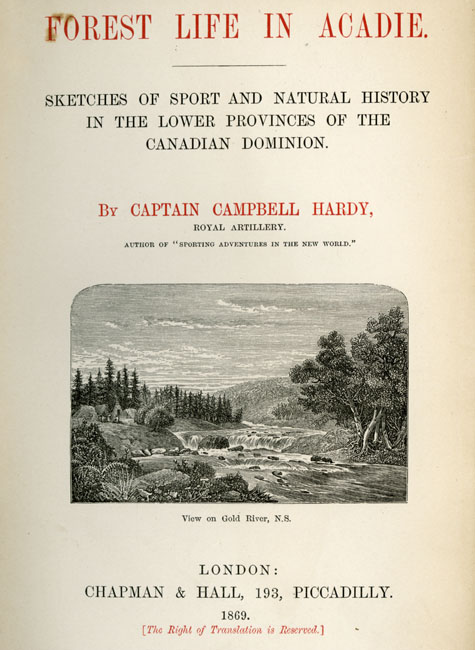 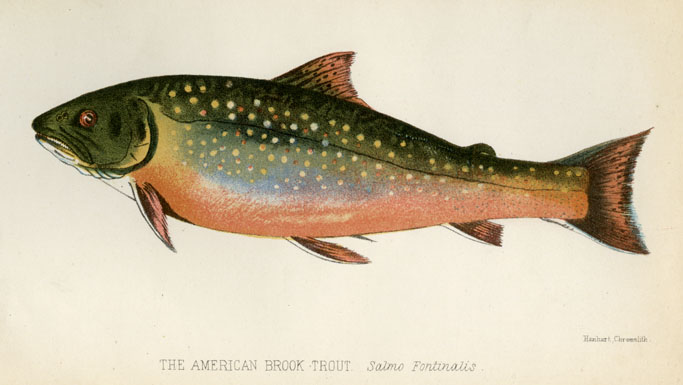 What Attracted Their Interest -- ''The American Brook Trout'' 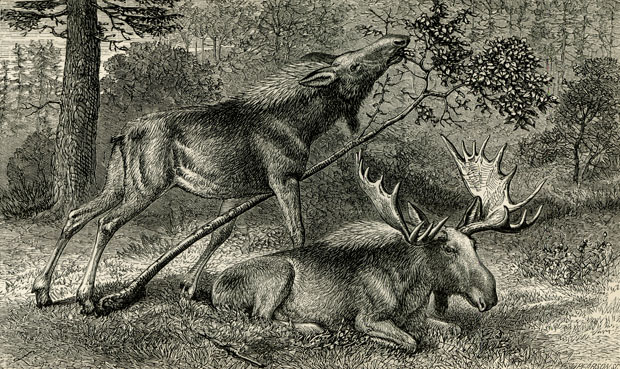 ''Moose Riding Down a Tree'' 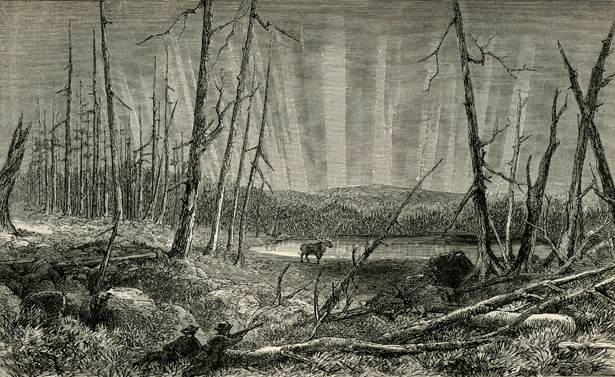 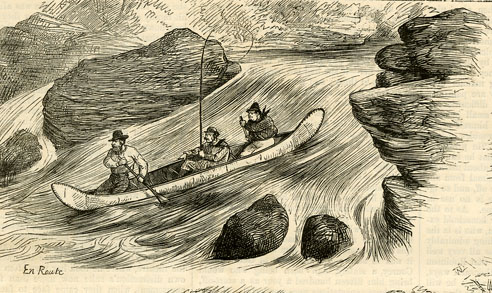 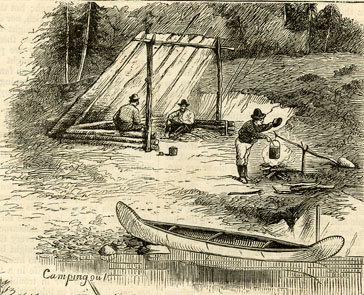 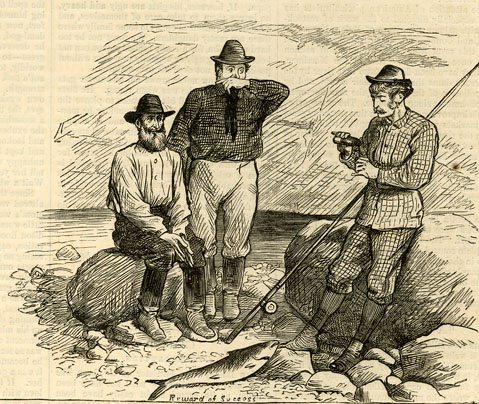