In 1933 Bluenose was invited by the Government of Canada to represent the country at the Century of Progress Exposition (World's Fair) held that summer in Chicago. Someone in the crew kept a scrapbook of the voyage, mostly from May and June, filled with newspaper clippings of Bluenose's reception as it sailed up the St. Lawrence with stops at Montreal and Toronto, then proceeded into the Great Lakes and on to Chicago. It was the bottom of the Depression and everywhere the schooner went, Bluenose and its crew generated huge crowds and media attention. The Toronto Evening Telegram, for example, wrote that "Her name is household word. She has knit Canada together." The scrapbook is held by Nova Scotia Archives & Records Management and is presented here, in its entirety. See also the previous chapter for additional images of the 1922 voyage

While in Chicago, Bluenose participated in the annual Mackinac CupYacht Race, a 331-mile long-distance challenge held on Lake Michigan. The schooner was too large to race officially, but was under charter to an American and was invited to participate anyway; to no one's real surprise, Bluenose carried off the prize awarded to the first vessel to cross the finish line — a 300-pound American cheese! Afterwards, Angus Walters persuaded Lunenburg Exhibitors to allow Bluenose to winter over in Toronto; in the summer of 1934 the vessel visited various Great Lake ports and participated in the Canadian National Exhibition. 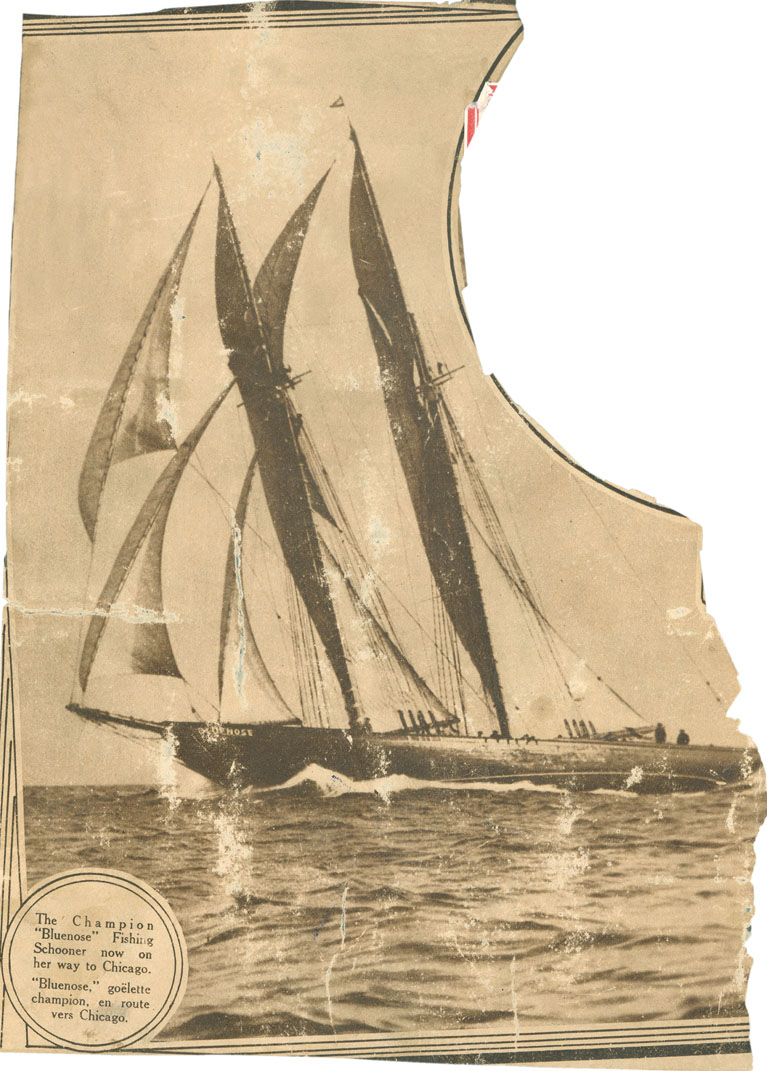 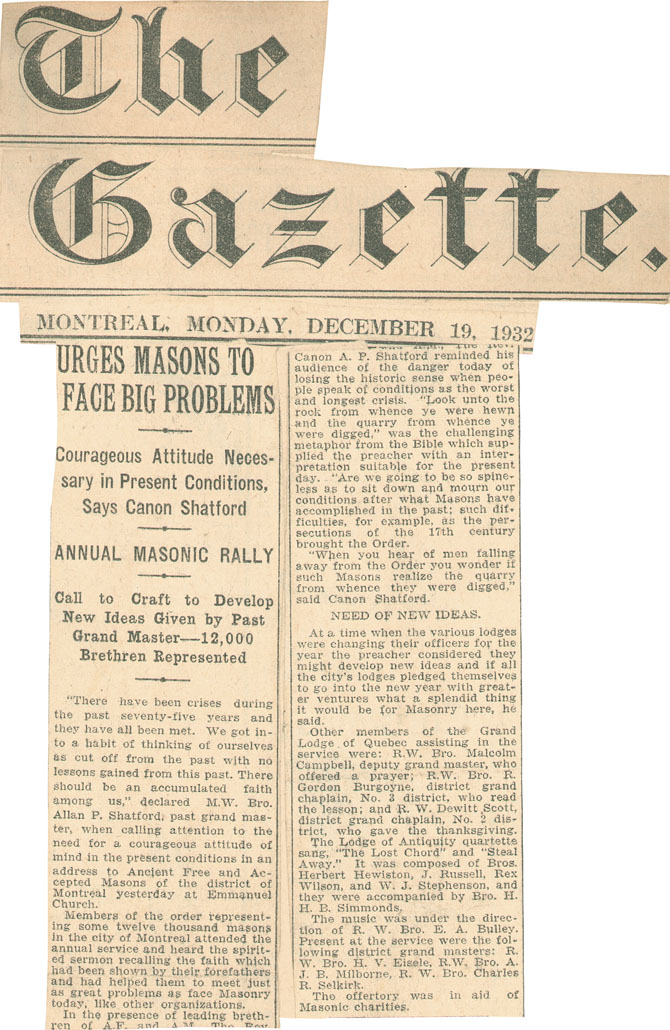 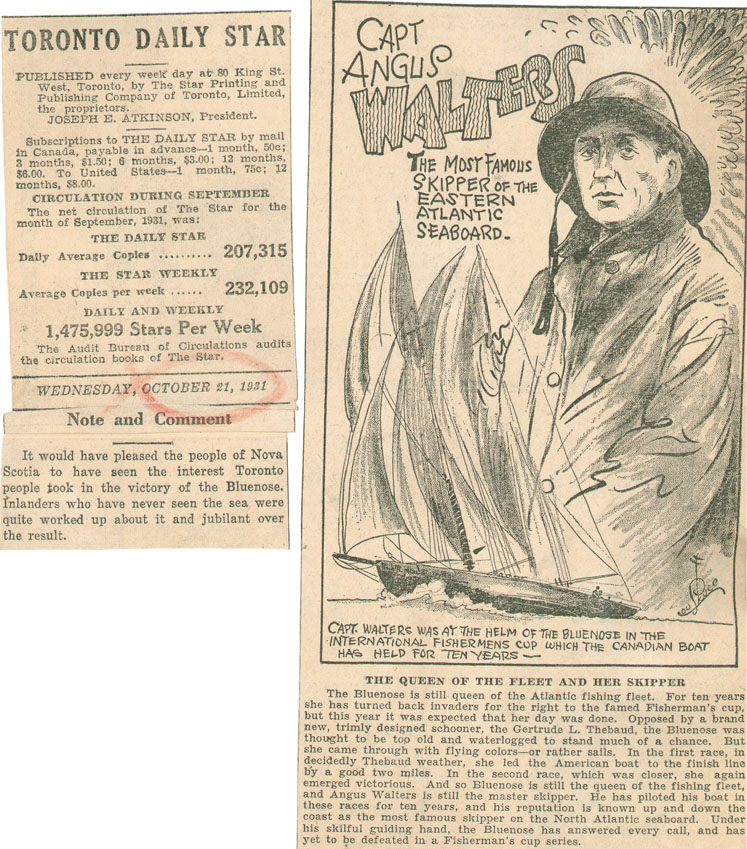 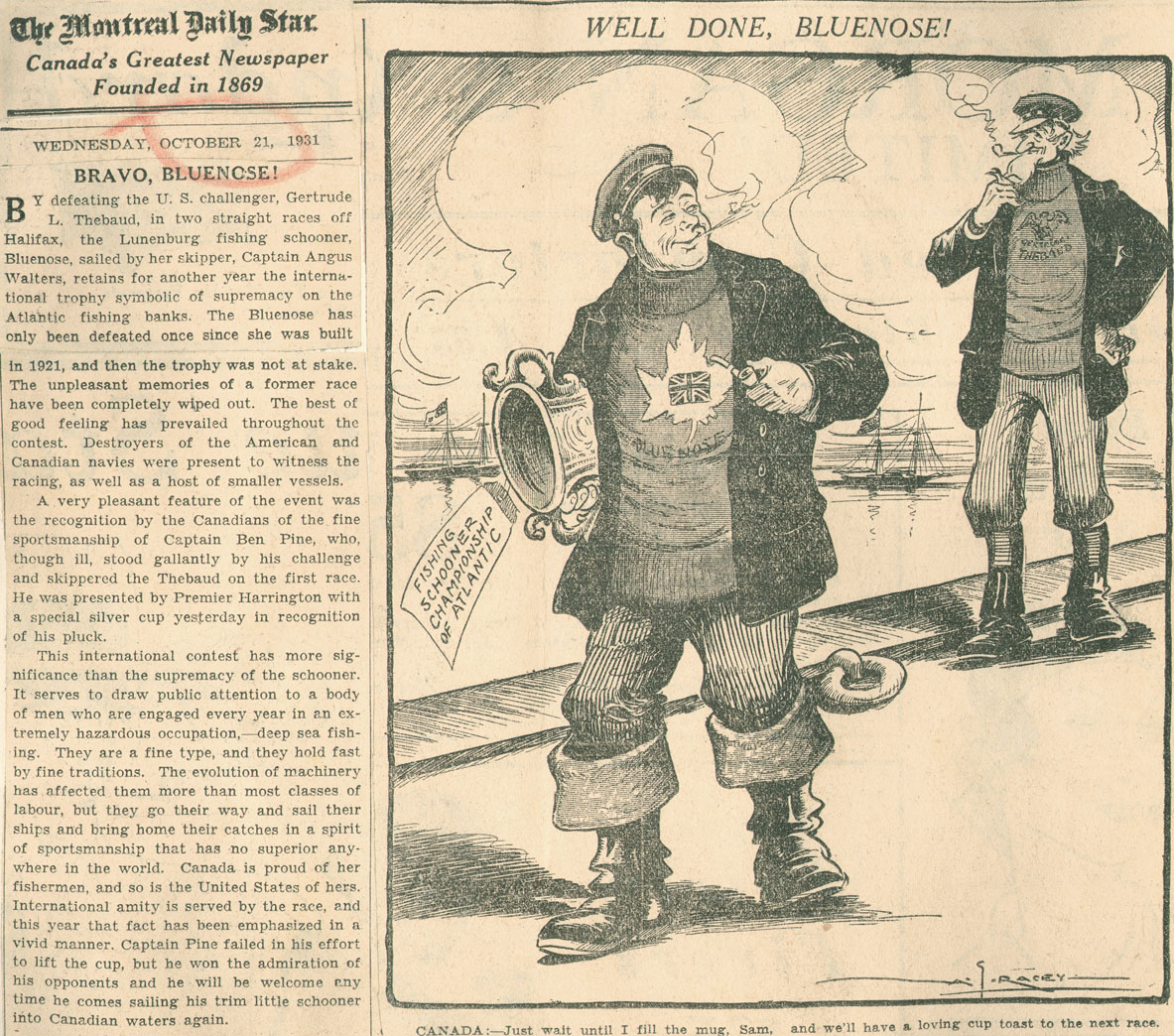 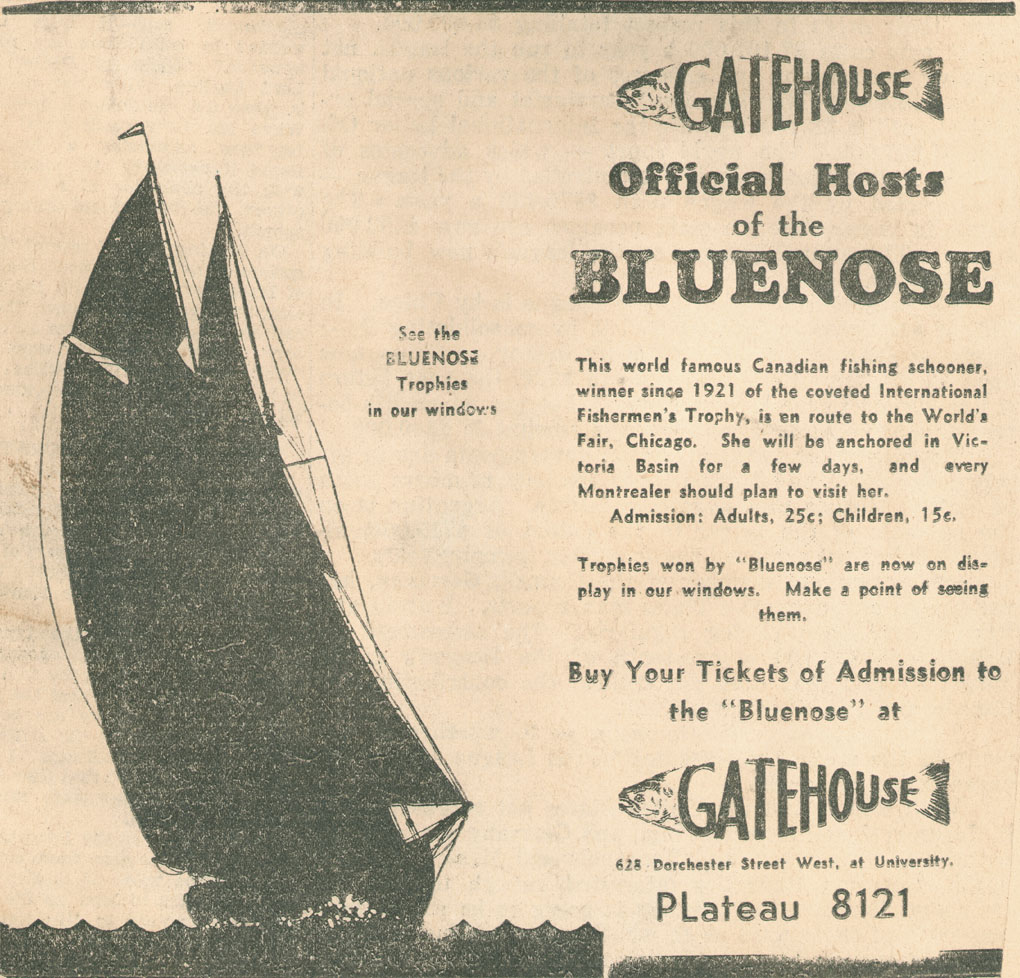 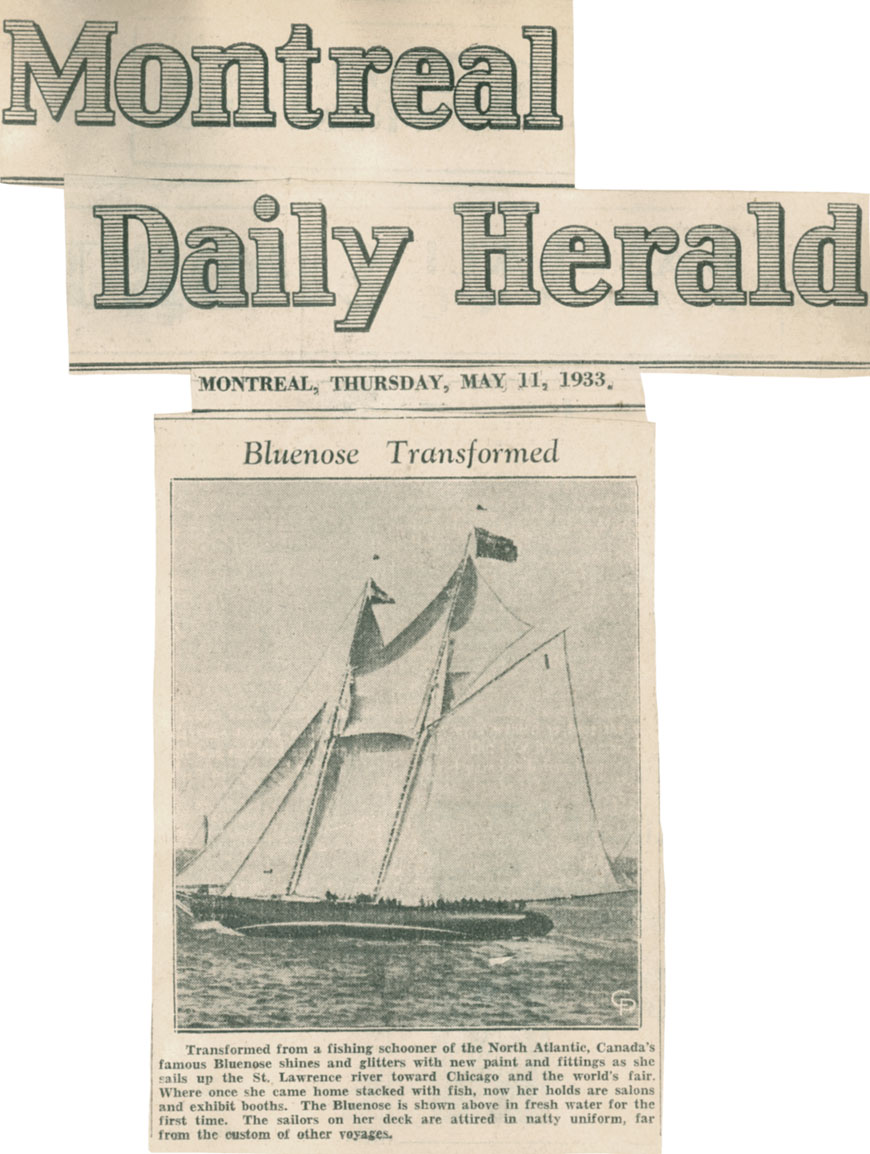 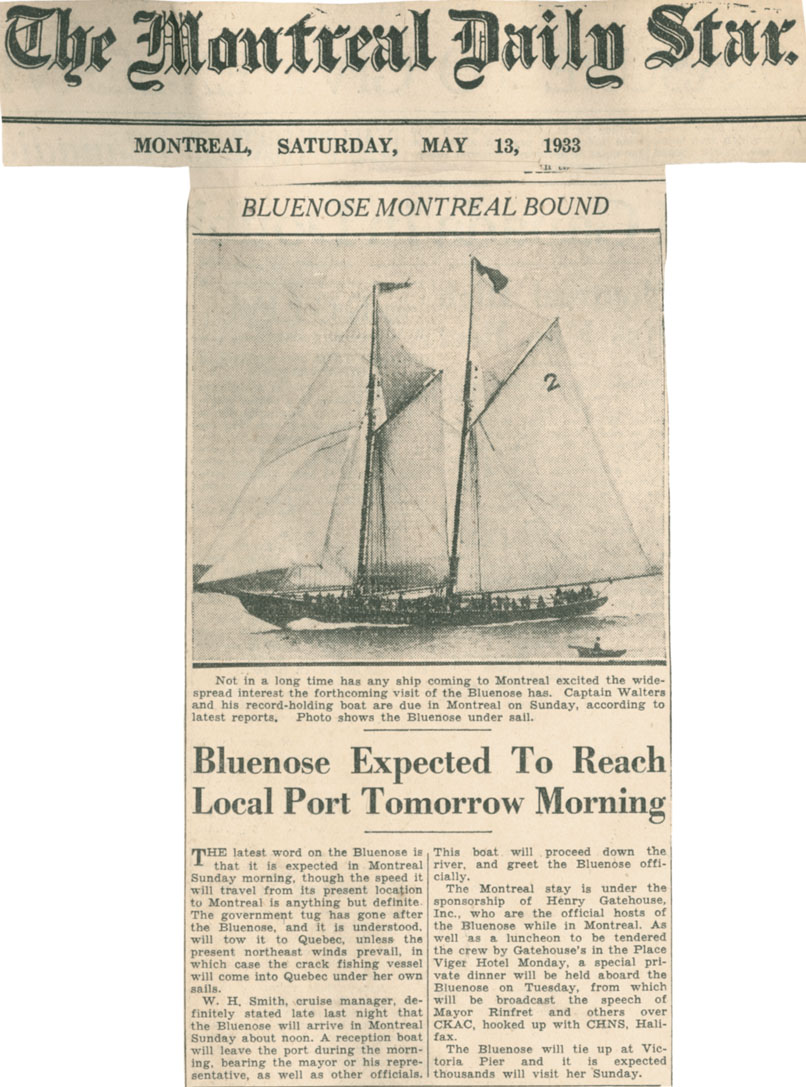 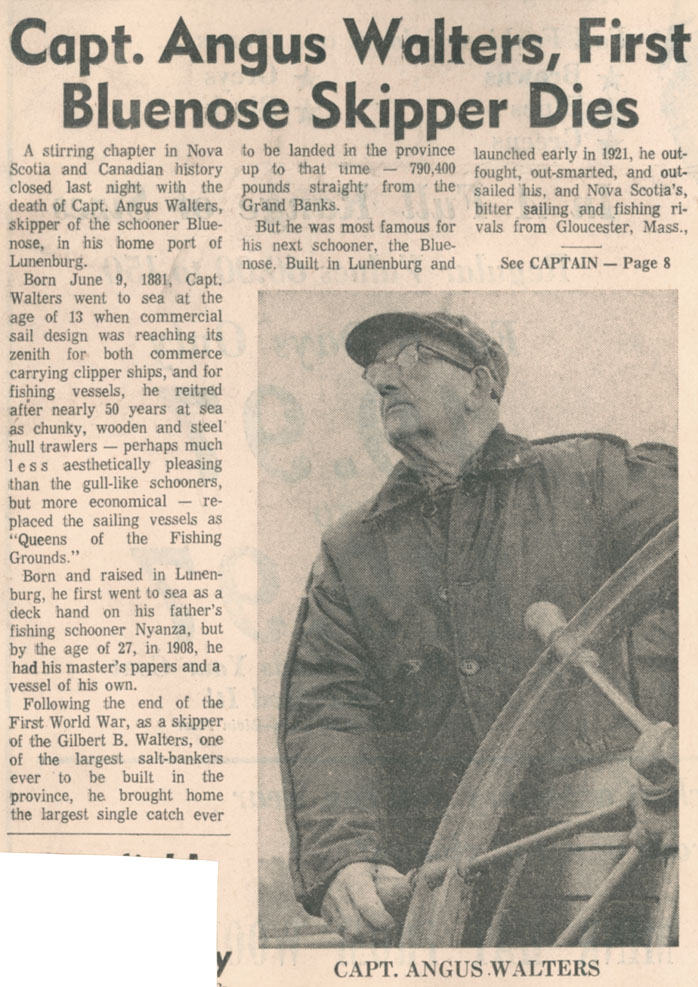 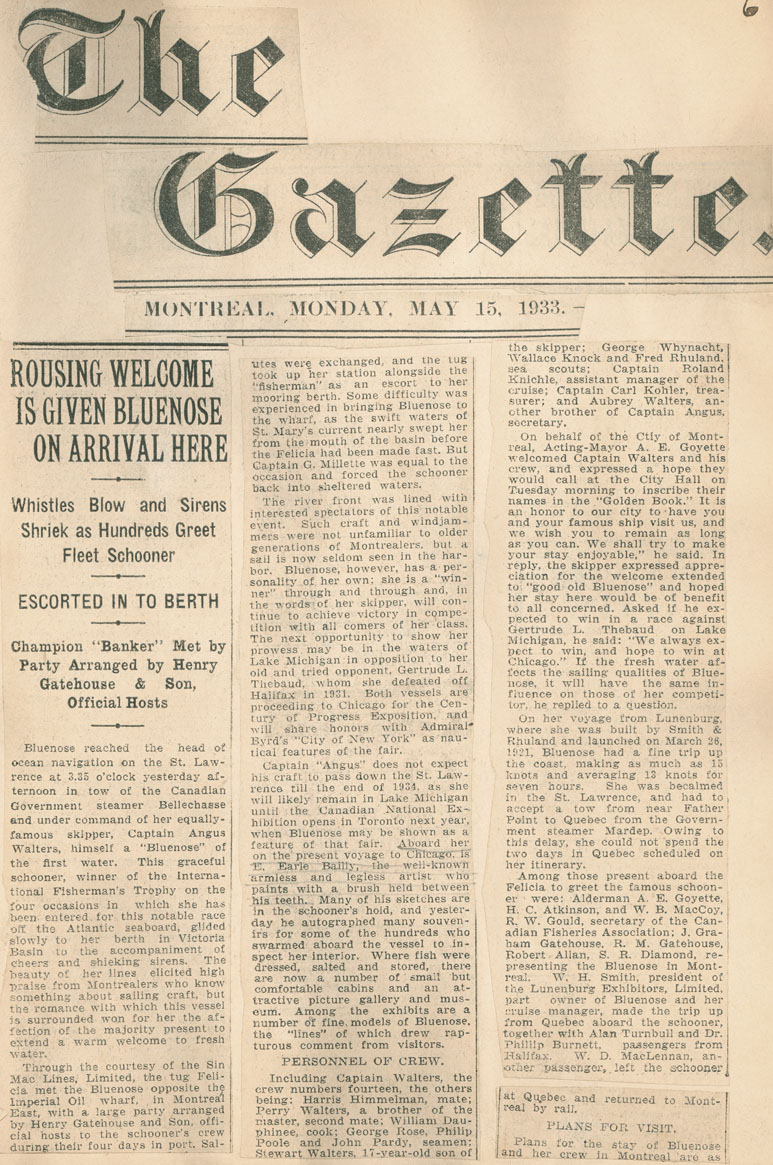 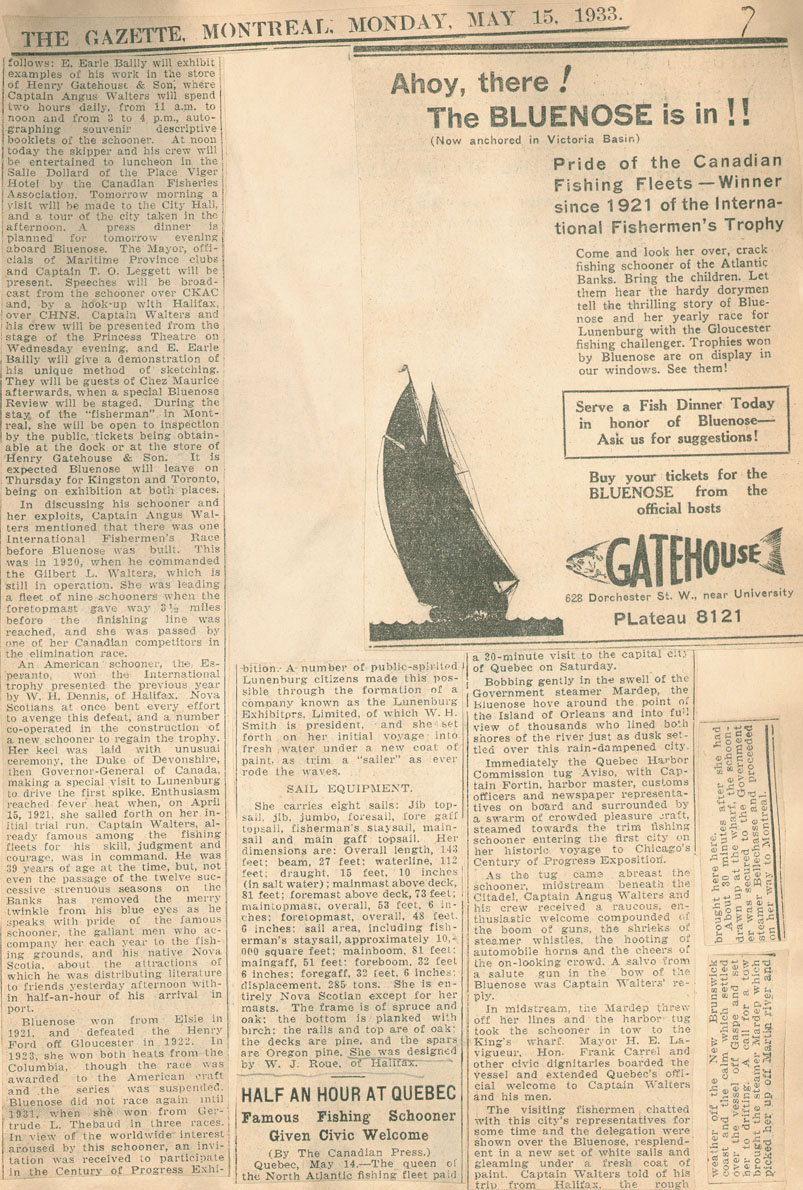 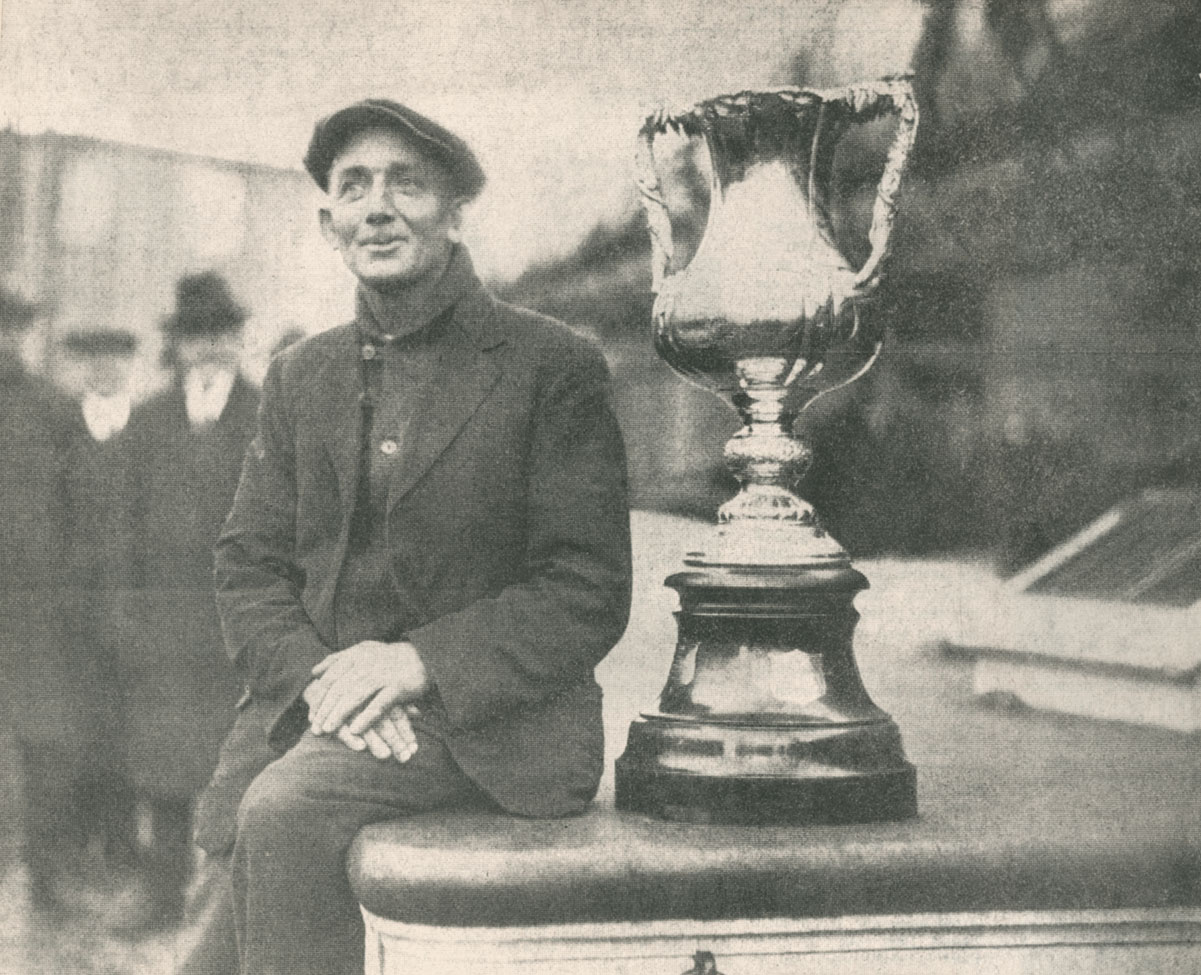 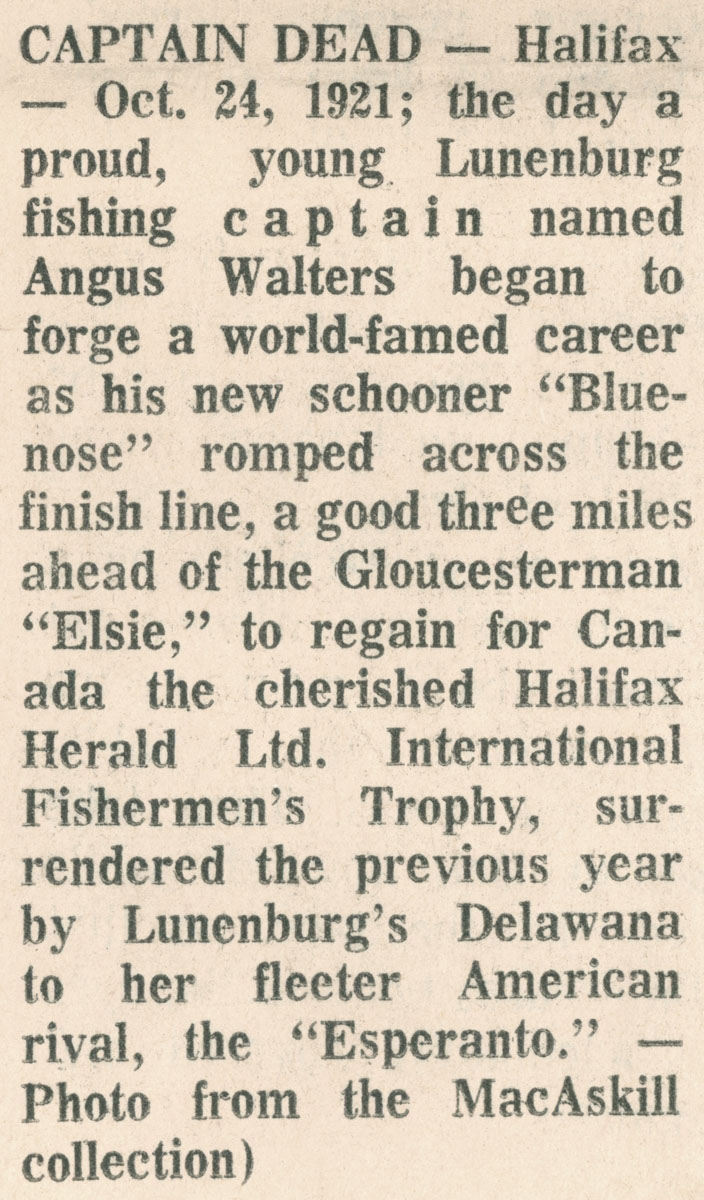 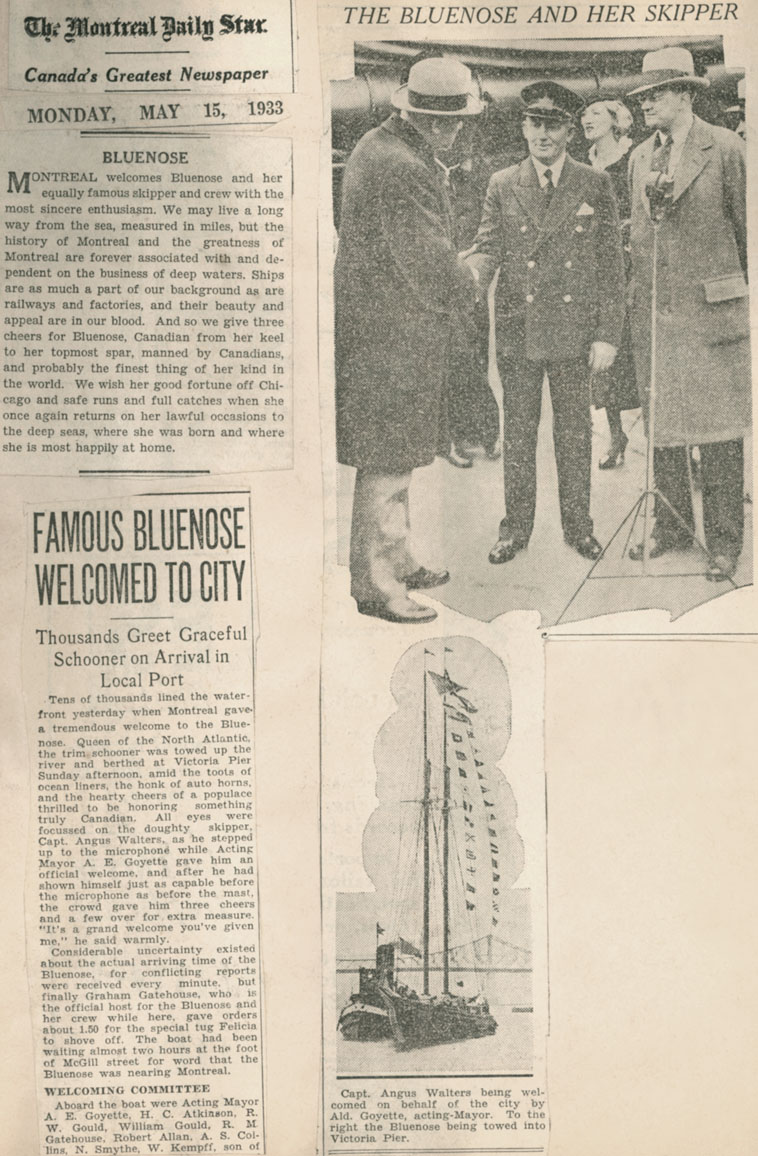