Sometime during the 1850s, Frederic S. Cozzens boarded a Cunard Line steamship in Boston, bound for Nova Scotia. The travel sketches which resulted appeared afterwards in his book, Acadia; or, a month with the Blue Noses (1859). While in Nova Scotia, Cozzens visited a Mi'kmaq encampment about a mile from Sydney, Cape Breton, and recorded his impressions:

It was a little cluster of birch-bark wigwams, pitched upon a carpet of greensward, just at the edge of one of the loveliest harbors in the world.... When our file-leader reached the wigwam of the chief, he went down on hands and knees, lifted up a little curtain or blanket in front of the low door of the tent, crawled in head first, and we followed close upon his heels.<< /p>

Inside, Cozzens found that

A circle of poles, say about ten feet in diameter at the base, and tied together to an apex at the top, covered with the thin bark of the birch-tree, except a space above to let out the smoke, was all the protection these people had against the elements in summer or winter. The floor, of course, was the primitive soil of Cape Breton, in the centre of the tent a few sticks were smouldering away over a little pile of ashes: the thin smoke lifted itself up in folds of blue vapor until it stole forth into the evening air from the opening in the roof. Through this aperture the light--the only light of the tent--fell down upon the group below.... Around the central fire a broad green border of fragrant hemlock twigs, extending to the skirts of the tent, was raised a few inches from the ground. Upon this couch we sat....

As Cozzens left, he noted that the encampment, with its "birch-bark wigwams; the canoes that lined the beach; the paddles, the utensils; the bows and arrows; [and] the parti-colored baskets, [are all] independent of [and]...earlier than [any of] our arts and manufactures."

The traditional Mi'kmaq shelter—the conical wigwam—was constructed from poles covered with birchbark strips which were sewn together with spruce. Wigwams varied considerably in height and in ground circumference, depending on the season of the year. In winter they were built for warmth, shelter and mobility, scattered through the woods as the Mi'kmaq followed game.

Before construction began, the ground was leveled with an adze or hoe. Heat was provided by a central fireplace bordered with stones, and smoke escaped through an opening where the poles met at the top of the wigwam. Small fir branches were spread on the earthen floor, and over these were laid woven reed mats and moose or other skins. The wigwam was warm and comfortable, easily erected and well suited to the Mi'kmaq nomadic way of life.

In summer the Mi'kmaq lived in larger, oblong-shaped wigwams clustered in villages near the water. Some 46 summer locations have been identified throughout Nova Scotia, where 200-300 residents of each village took advantage of seasonal fishing.

Permanent structures came later, as the Mi'kmaq were encouraged to settle on lands reserved for them. Schools and churches, constructed mostly under the sponsorship of government agencies or religious bodies, signified this transition to a new way of life. The Big Harbour Island school in Cape Breton, photographed by Clara Dennis in the 1930s, was one example.

Margaret MacPhail later wrote in The Halifax Chronicle-Herald (16 June 1950) that the island community had experienced many negative changes over the years—there had been no grants for canal repairs, the five miles of road were unimproved, the school was closed, and the mail route and post office had disappeared. Indeed, as a result of the federal government's Centralization Policy, the community's entire population, both native and white, had dispersed by 1949—the reservation was completely vacated and the native population moved to Eskasoni.

Results 1 to 8 of 8 from your search: Encampments and Buildings 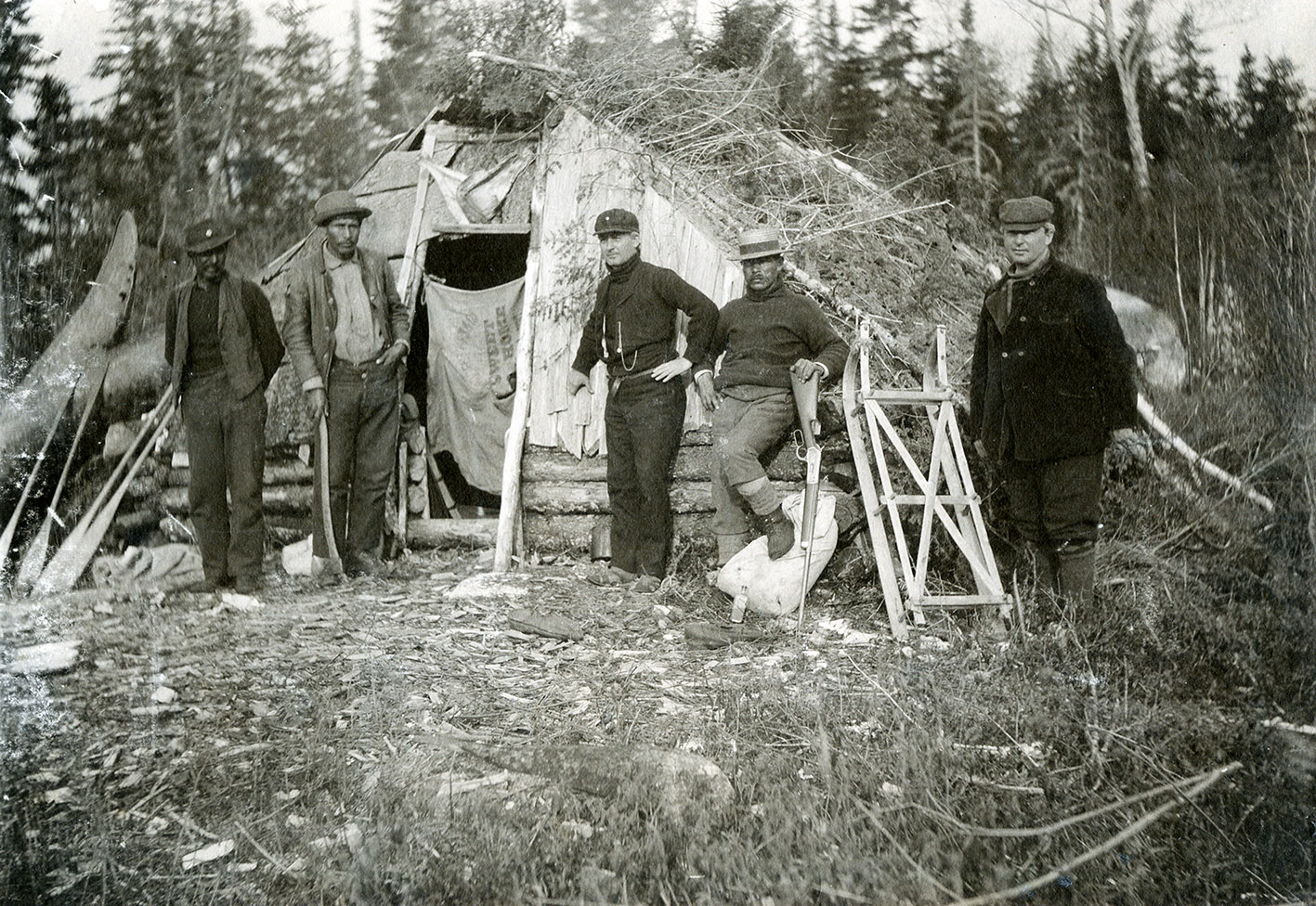 Mi'kmaq guides from Bear River at camp near Weymouth, N.S. 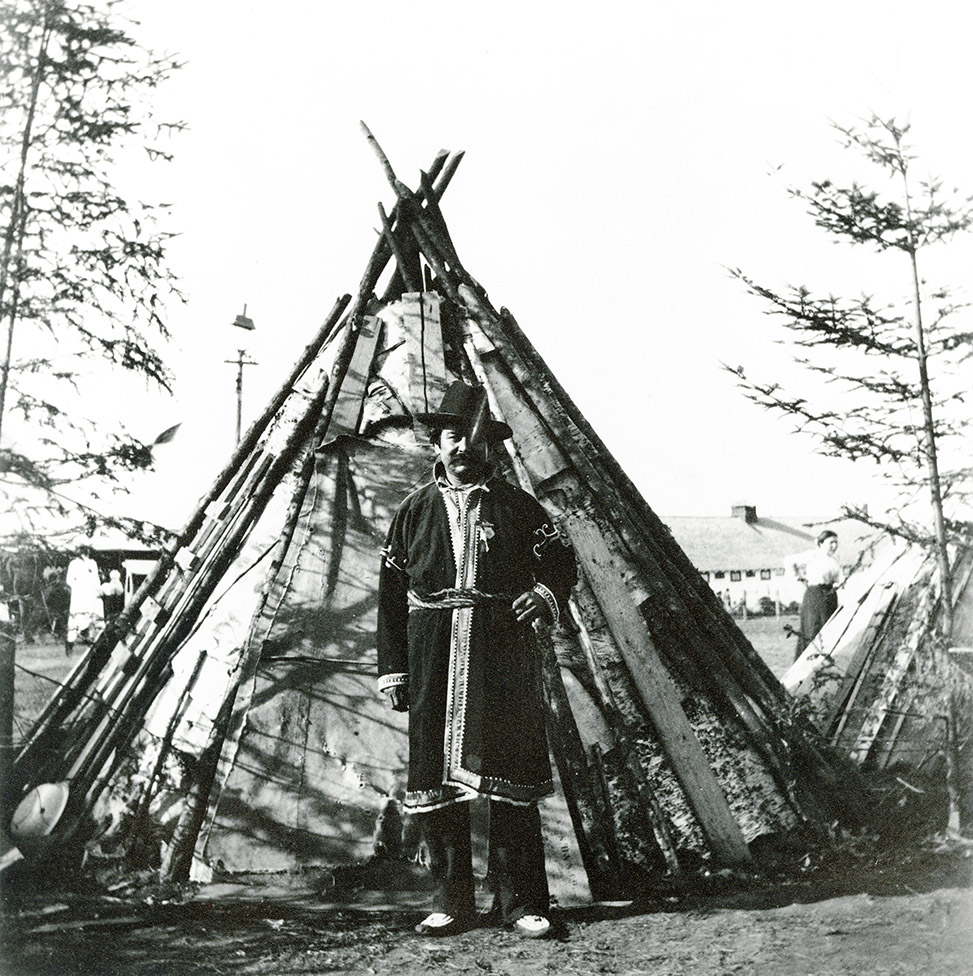 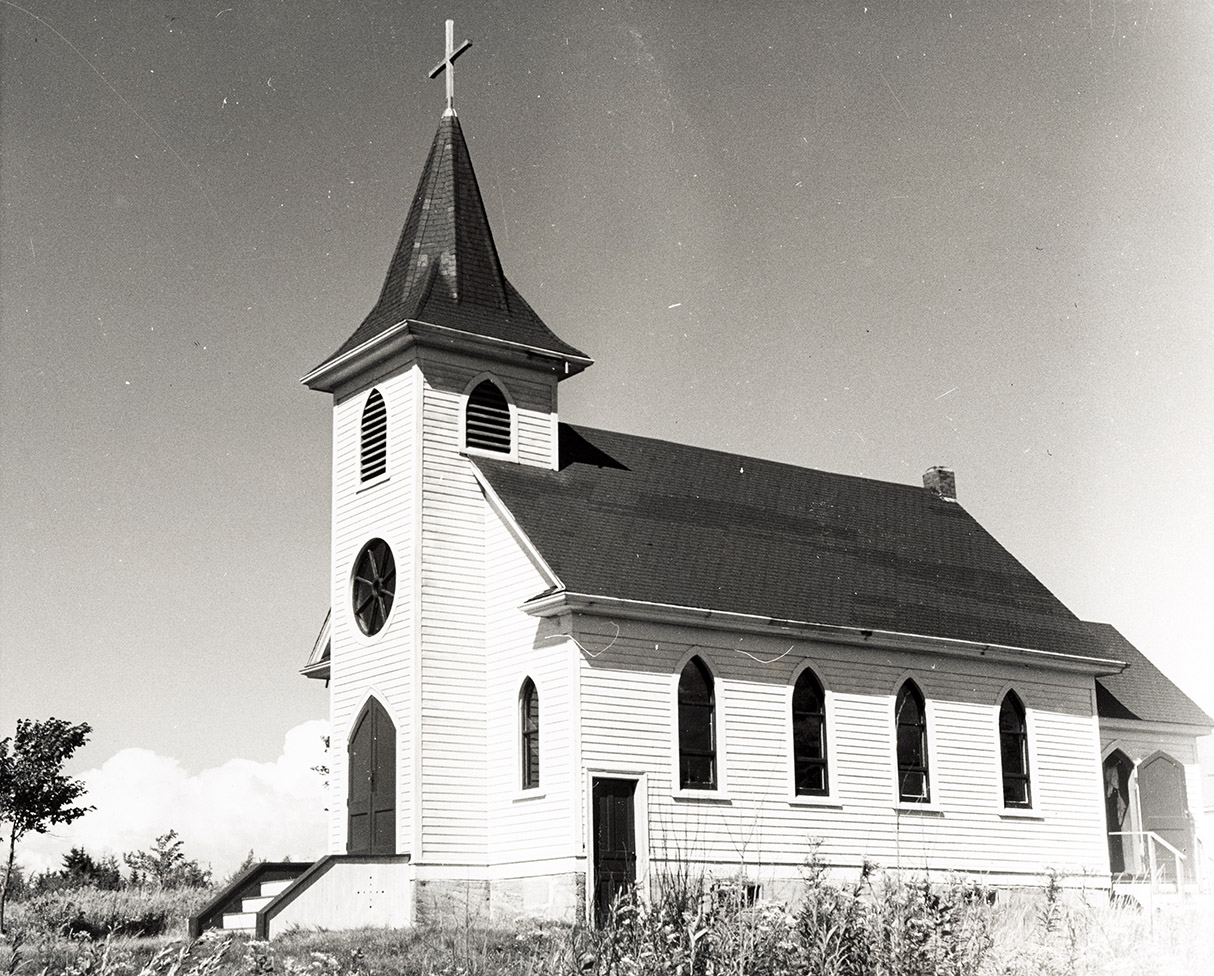 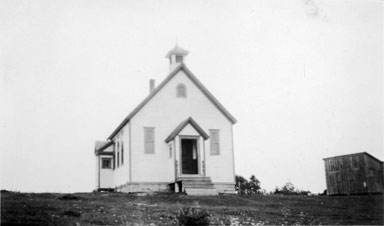 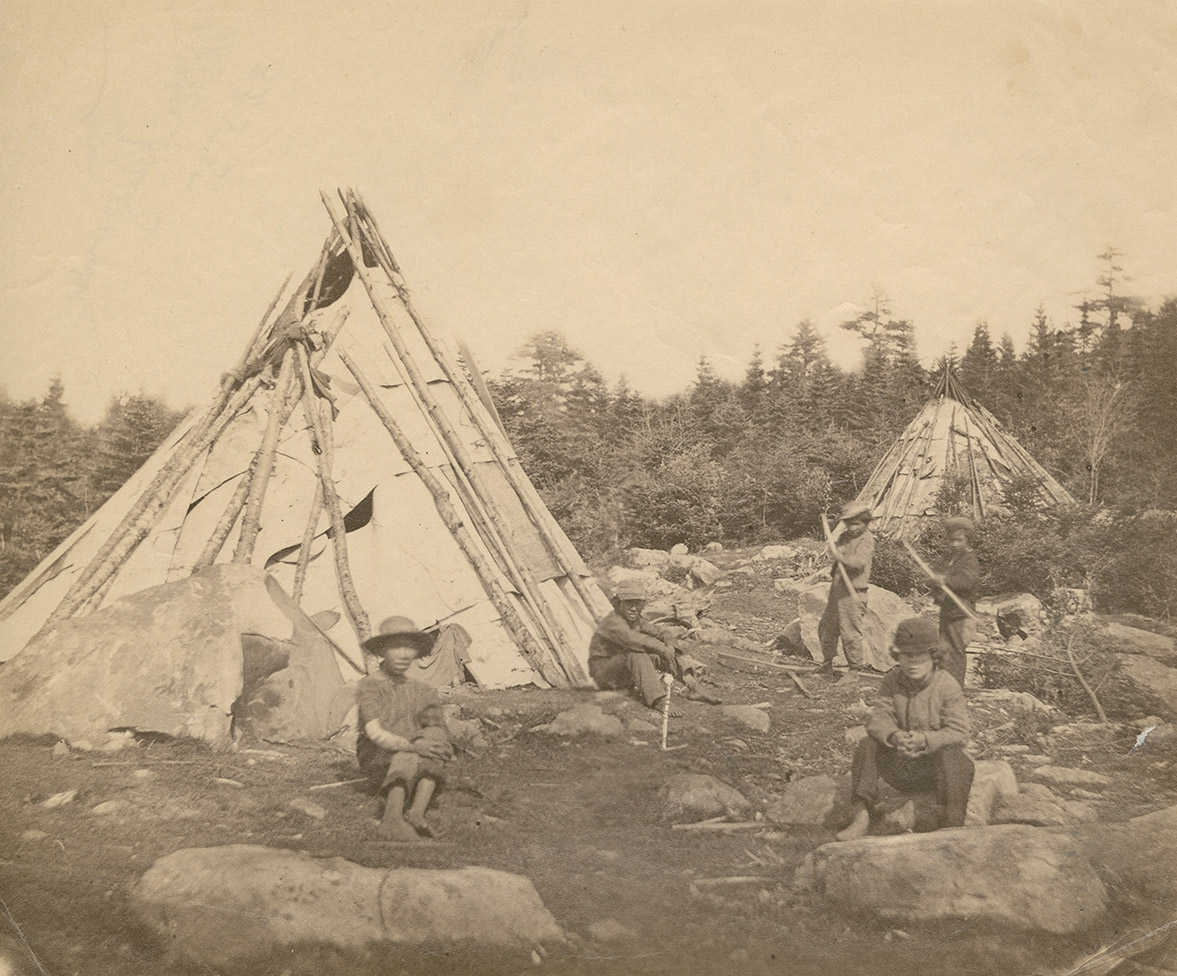 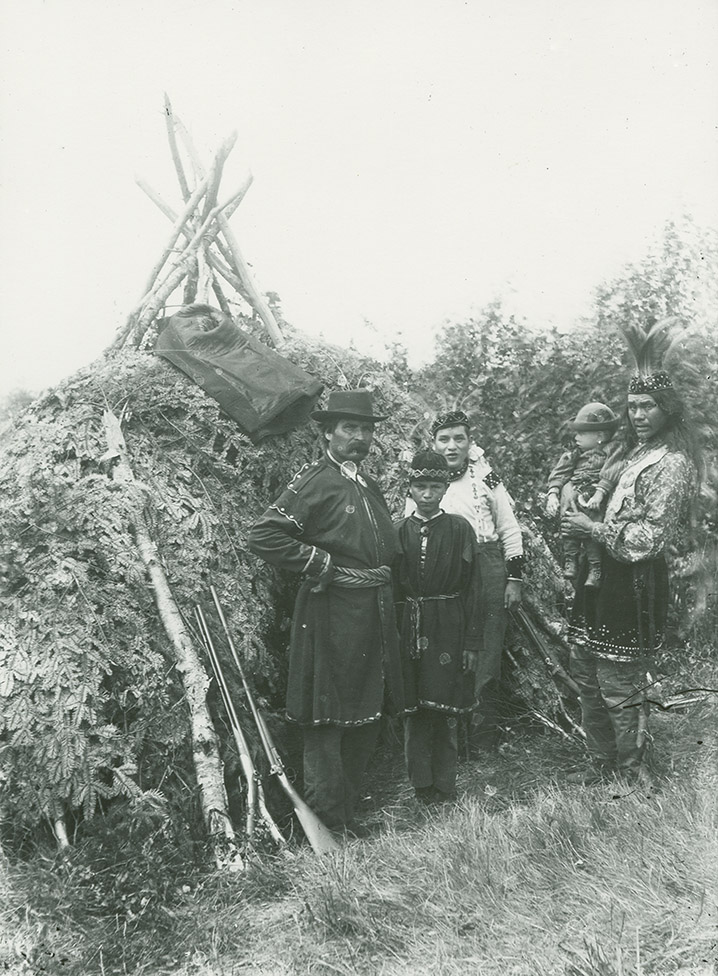 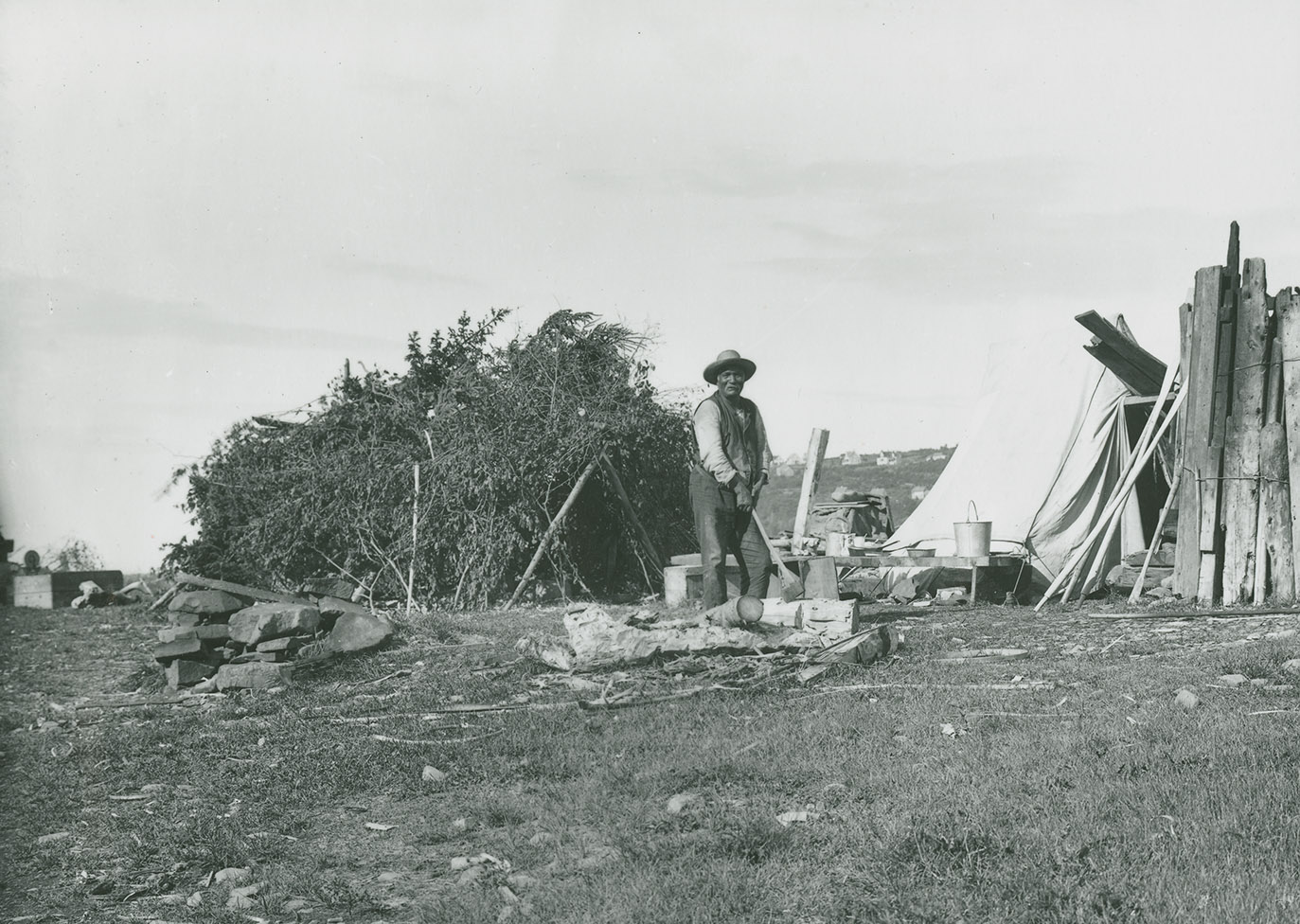 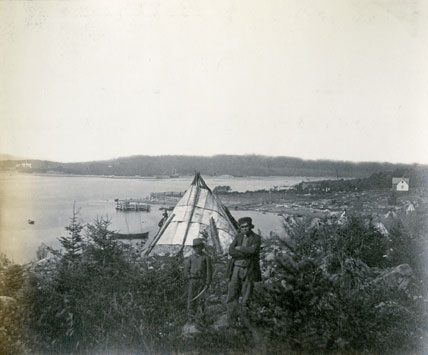