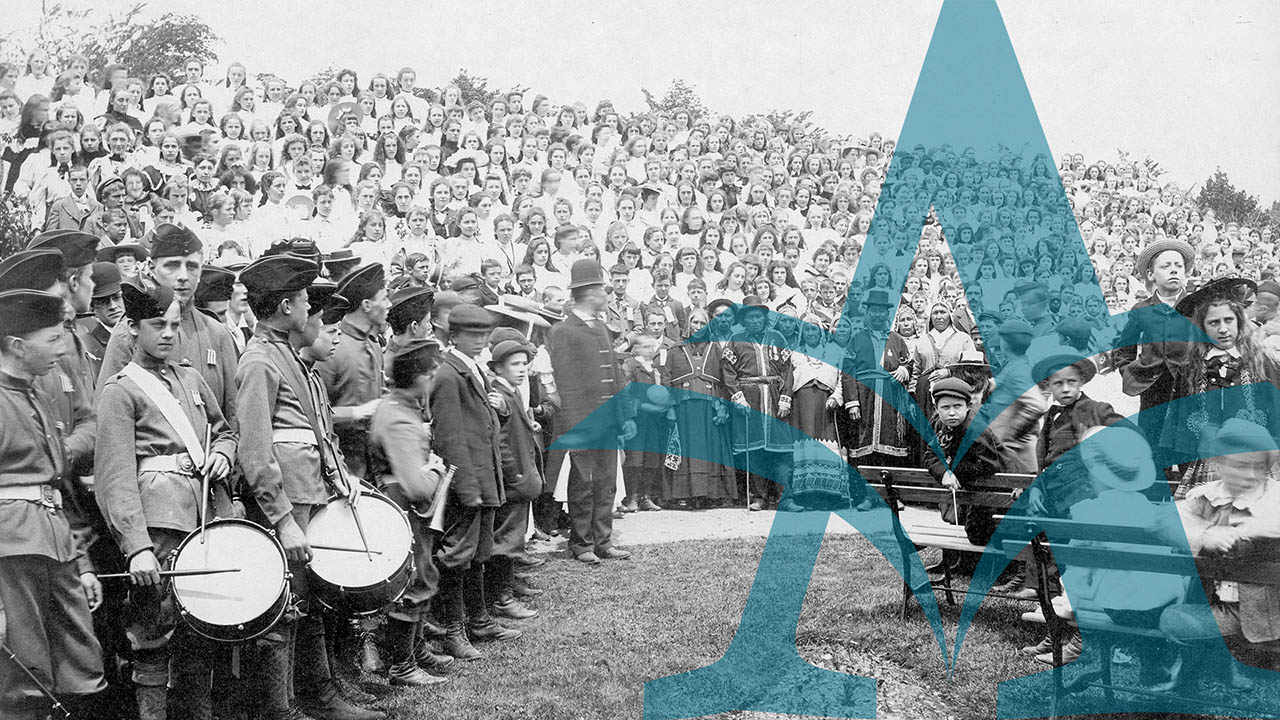 Kinship and family origins are still important in Nova Scotia. Visit Cape Breton Island and you're likely to be asked, 'Who's Your Father?' Nova Scotians come from many diverse ethnic and racial backgrounds; this diversity and richness is reflected everywhere in the records held at the Nova Scotia Archives, and displayed across this website. So, as you explore your family's roots, dig a little deeper...

The Mi’kmaq are the original inhabitants of Mi'kma'ki, or Nova Scotia, with settlements across the province. Nova Scotia Archives holds early records of Mi’kmaq interactions with the British government, including the Peace and Friendship Treaties - powerful living documents.

Today's vibrant Acadian communities are descended from Nova Scotia’s first European settlers, as far back as 1632. Nova Scotia Archives holds records of these early settlements and people, the Deportation and Le Grand Dérangement, and present-day communities. Those interested in Acadian history and genealogy have a number of online resources to choose from, as well as onsite and library materials.

People with English or American ancestry form the second largest share of Nova Scotia's population, after the Scots, but are seldom considered as a distinct ethnic group, due to the differences in time and circumstance under which they arrived. About 3,000 people arrived when the British government sponsored the founding of Halifax in 1749. Approximately 8,000 New England Planters arrived between 1760 and 1768 and established townships in the Annapolis Valley, Liverpool, Yarmouth and Chester. At about the same time, Ulster Irish from Ireland or via New England established townships at Truro, Onslow and Londonderry. About 1,000 settlers from Yorkshire arrived between 1772 and 1774 and settled at the Isthmus of Chignecto. And approximately 20,000 disbanded soldiers and refugees loyal to the British Crown removed to Nova Scotia following the American Revolution. Several resources are available on this website for exploring English and American ancestry:

You may wish to consult the following from the Nova Scotia Archives Library:

Between 1749 and 1752, approximately 2,500 Foreign Protestant settlers from Germany, Montbéliard and Switzerland, arrived in Halifax and founded Lunenburg in 1753.

Gaelic language and culture have been an important part of Nova Scotia since the arrival of the ship Hector at Pictou Harbour in 1773. Records of Gaelic communities and culture can be explored through both primary and secondary sources held at Nova Scotia Archives.

You may also wish to consult Donald Whyte, Dictionary of Scottish emigrants to Canada before Confederation; 1986 and James Stuart Martell, Immigration to and emigration from Nova Scotia, 1815-1838, Public Archives of Nova Scotia publication no. 6; 1942 (mainly English, Scottish and Irish immigration to Nova Scotia) from the Nova Scotia Archives Library.

The Irish have been part of Nova Scotia since Roger Casey arrived in the 1660s, married an Acadian and began the Caissy family.

You may also wish to consult A.A. MacKenzie, The Irish in Cape Breton; ca. 1979 from the Nova Scotia Archives Library.

The rapid development of coal mining in the 1880s, and construction of Canada's first integrated Steel Plant in Sydney, led to a huge influx of immigrants.

Today there are nearly one hundred distinct ethnicities represented throughout Nova Scotia. Visit the Canadian Museum of Immigration at Pier 21 website to learn more abot their role in this story.