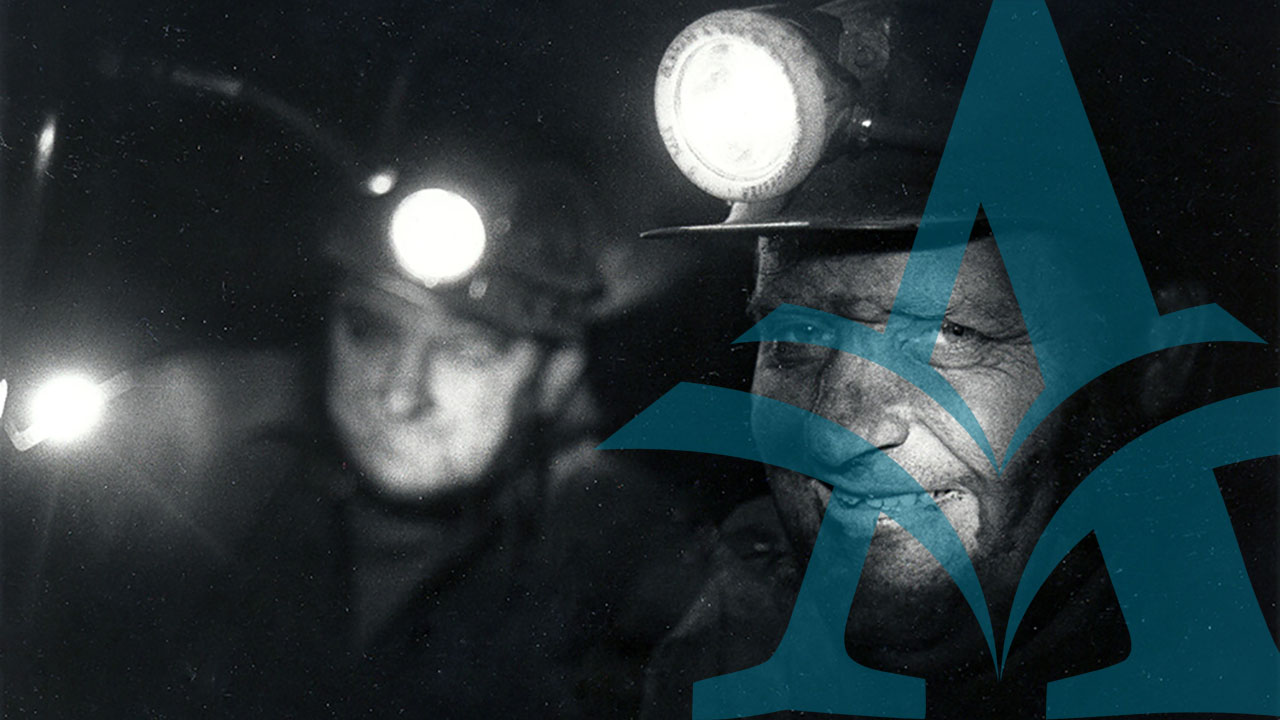 The history of mining activity in Nova Scotia is a 'large' subject indeed. Along with fishing, farming, forestry and the ocean-going trade, the exploration and development of our metallic, industrial and energy reserves is one of the province's foundation industries. Like the other four traditional resource-based enterprises, mining is old and well-established, stretching back nearly three centuries.

From the earliest days of settlement, Nova Scotians were curious about the economic potential of what lay on the surface or just under the surface of their new farmlands and forest tracts. The year 1720 has been chosen as the beginning date for 'Men in the Mines', since this marks the first recorded exploitation of a domestic mineral deposit-the discovery of surface coal at Port Morien in eastern Cape Breton, and its timely use by the French as a fuel supply at Louisbourg, the great fortress then being built on the edge of the North Atlantic.

The year 1992 has been selected as the end-date, not because mining activity has ceased in Nova Scotia — far from it! — but because it marks the Westray Disaster in May of that year, when 26 miners were killed in the newest colliery of the Pictou coalfield. Westray is an indelible reminder of the human costs which have always accompanied resource development and exploitation in this province.

In spite of floods, explosions, disasters, strikes, lock-outs and the relentless cycle of economic boom-and-bust, Nova Scotia's mines, quarries and offshore resources have been, and continue to be, integral to the province's economic development and prosperity. They provide employment for thousands of men and women; and countless other industries, both domestic and foreign, are in turn dependent on the raw products which they yield.

'Men in the Mines' has been created to open a door into the past, so that Nova Scotians today can look back on the history of how our mines were discovered and developed; and can better understand how the province has been shaped and defined by the traditions of the mining life, its daily challenges and tragedies, and by the unshakeable sense of community which binds together all who dare to go down into the earth for their livelihood.

'Men in the Mines' has been developed through the use of archival material — over 1100 historical photographs, art works, maps, government records, personal documents and published items, supplemented by film clips and sound recordings.

The main themes are presented in three virtual exhibits:

An 'Historical Timeline, 1604-1992' accompanies the three exhibits, and provides a chronological framework for the discovery and development of the province's mining resources. Most events described in the time-line can be related directly to images featured in the exhibits.

Telling the story of mining activity in Nova Scotia involves all the challenges of a difficult and often ambiguous saga. We make no claims that the account presented in 'Men in the Mines' is complete, or even truly representative. The very nature of archival records also means that we have frequently been limited in what we can present-for example, the available collections do not yet include recent material, and in many instances there are huge gaps in what has survived for the earlier periods as well.

The scope of 'Men in the Mines' is enormous and simply cannot be contained within the parameters of this project. Eleven hundred images only begin to tell the story and tap into the information that is available. The 'Resource Guide' which completes 'Men in the Mines' is an attempt to address some of the obvious gaps in this Website; and to suggest the wealth of primary and secondary sources that exist for exploring the subject further.

'Men in the Mines' is the result of a collaboration between Nova Scotia Archives (Halifax, NS), the Museum of Industry (Stellarton, NS) and The Beaton Institute, Cape Breton University (Sydney, NS). Thanks are extended to the staff of both the MOI and the Beaton for the spirit of cooperation which made the project possible. Their contributions and assistance have enriched the content of 'Men in the Mines,' and have helped us to tell a better story. Our thanks are extended as well to those who participated in a Stakeholders' Consultation to review 'Men in the Mines' in beta-format; their input, feedback and contributions have improved the final product immeasurably.