The Censor and the City: H.B. Jefferson Captures Wartime Halifax

When war broke out in September 1939, one of the first casualties was freedom of information, with the press (newspapers, magazines and radio — no television or Internet back then) being the most prominent example. The Government of Canada immediately put regulations in place to ensure that all war-related information reaching the public was carefully controlled.

In Atlantic Canada, H.B. (Bruce) Jefferson, a senior journalist and newspaper editor, was appointed Regional Censor of Publications in the autumn of 1939. His responsibility was to review all news material being prepared for publication or broadcast, decide what could or could not be said, then advise editors and producers accordingly. Sixteen daily newspapers, 68 weeklies and ten radio stations were under Jefferson's jurisdiction, stretching across Nova Scotia, New Brunswick and Prince Edward Island.

Jefferson's days may have been full, but he still found ample time for a hobby that was somewhat peculiar, given wartime restrictions and his own responsibilities concerning national security. Jefferson was a camera buff, and from his censor's office perched high up in the Post Office Building overlooking Halifax harbour, he created an unsurpassed wartime photographic record of Canada's 'East Coast Port.'

Using 120-size black-and-white film, Jefferson recorded the movement of thousands of naval vessels in and out of the harbour, beginning late in 1941; and kept careful written notations — right down to the f-stop setting — for each of the hundreds of negatives that he seems to have developed himself. No enemy spy could have been more assiduous. 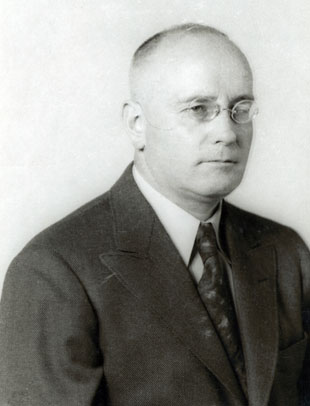 Jefferson also kept a typewritten journal and a number of notebooks, recording in minute detail the world around him — from convoy departures listed by time and sequence of vessels, to which local hotel served better dinner rolls. He was an acute and witty observer of the passing parade, and not a thing missed his attention regarding life in wartime Halifax.

Few if any of his negatives were ever printed, and this website reproduces the collection as positive prints for the very first time. Jefferson's typed journal is also presented here in digitized format. We guarantee that after exploring both, you'll find no better record of what life was really like in Canada's 'East Coast Port' during World War II. 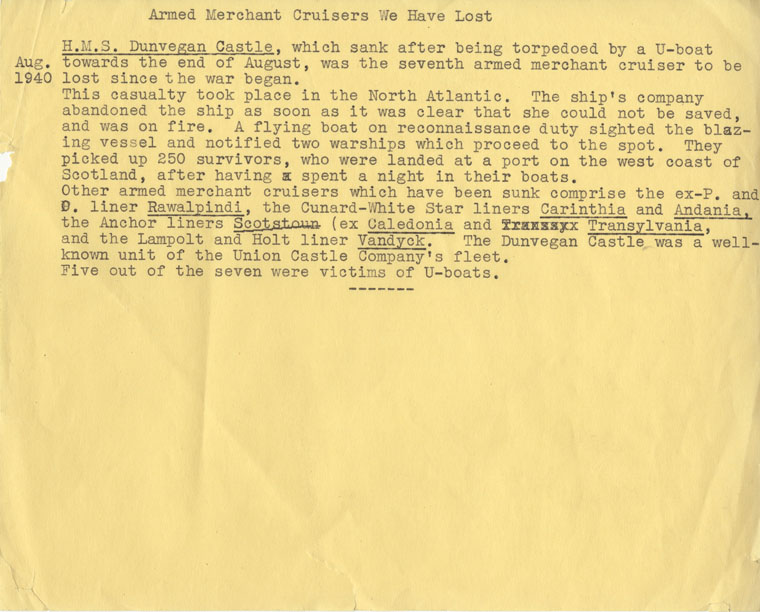 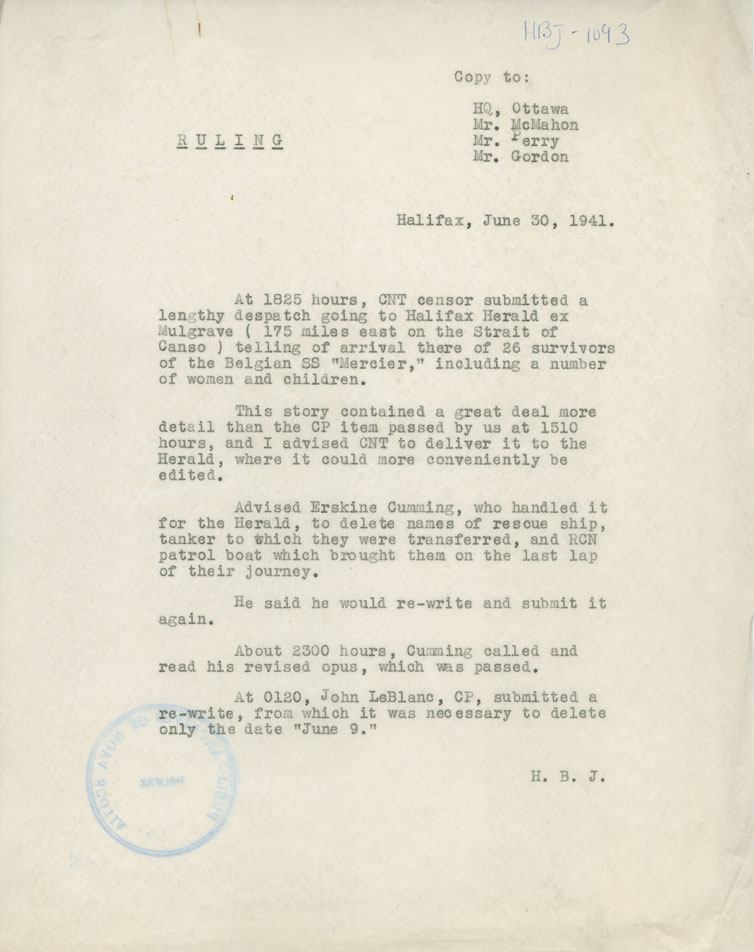 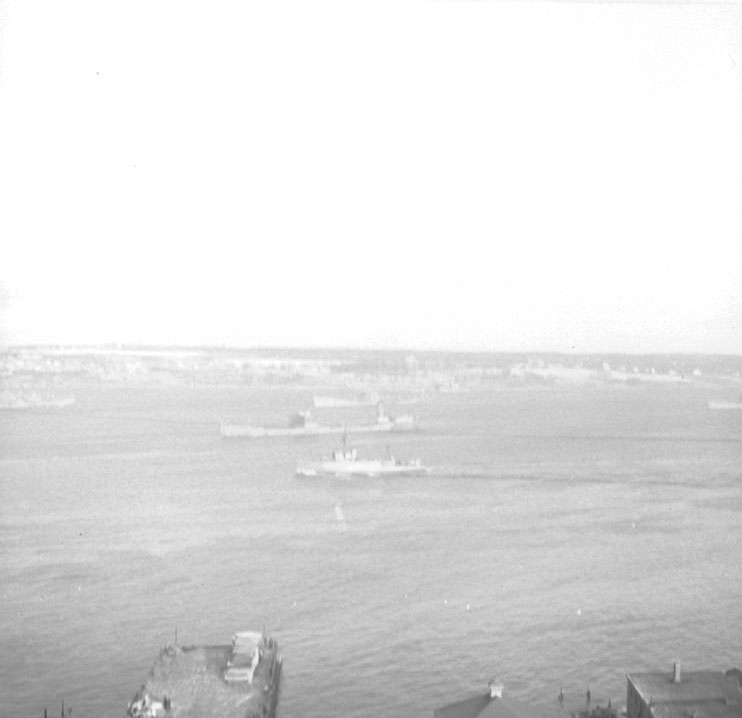 Minesweeper and corvette going up the harbour 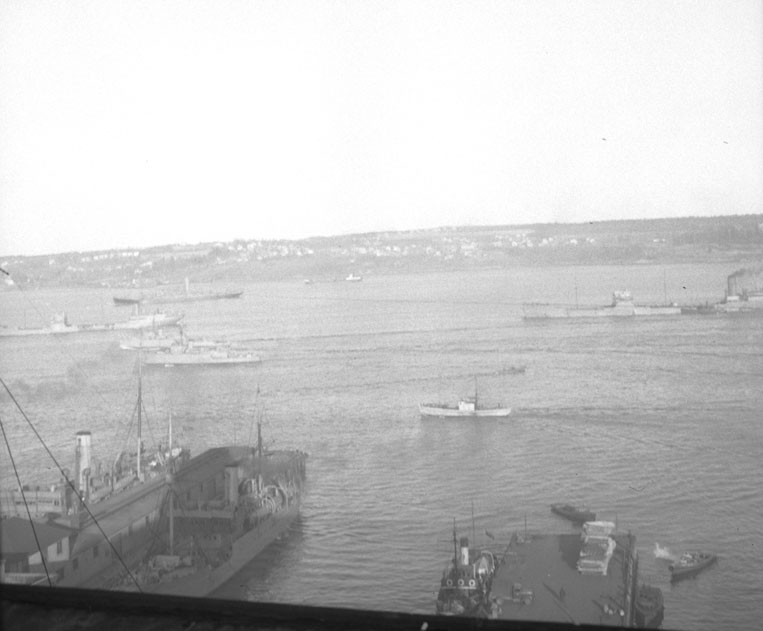 Minesweepers going up the harbour 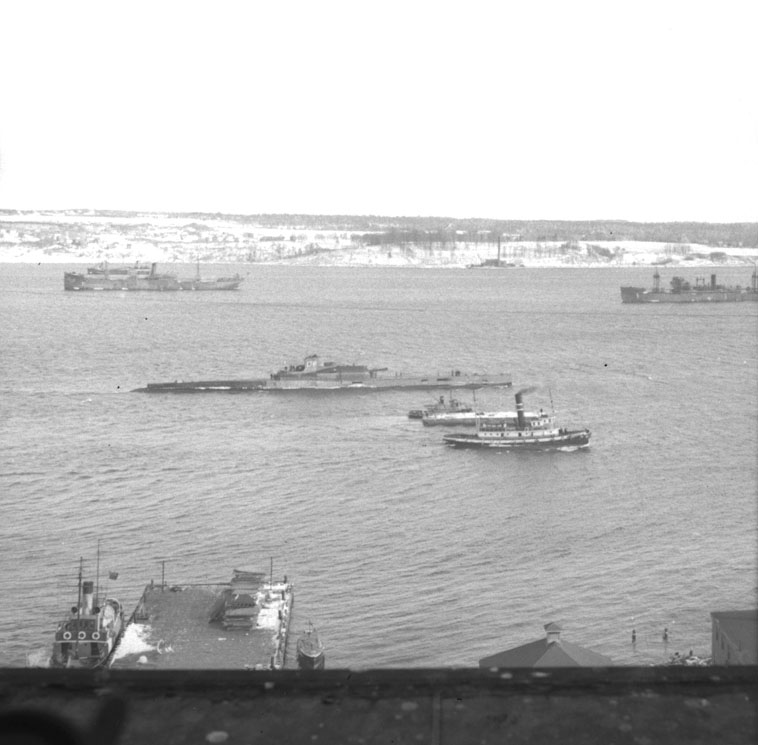 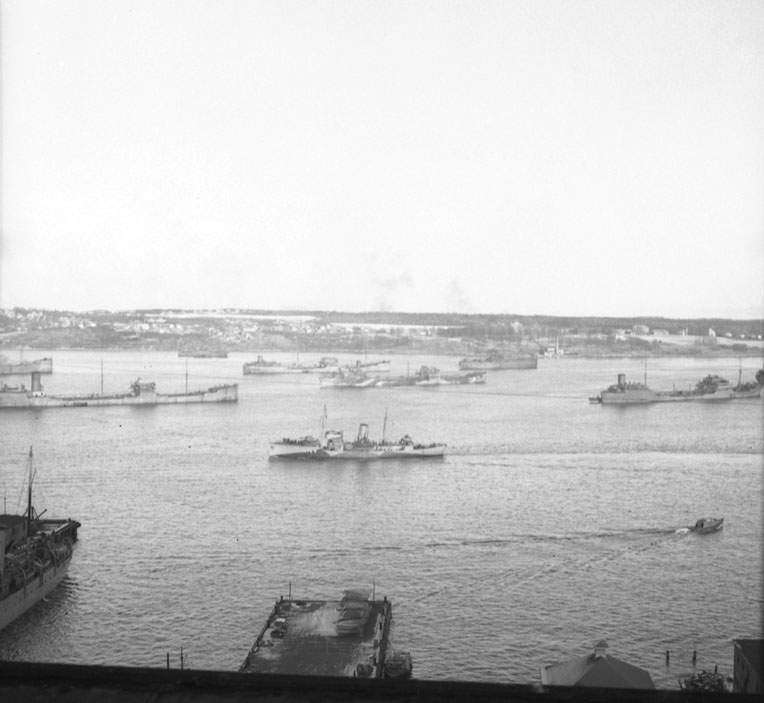 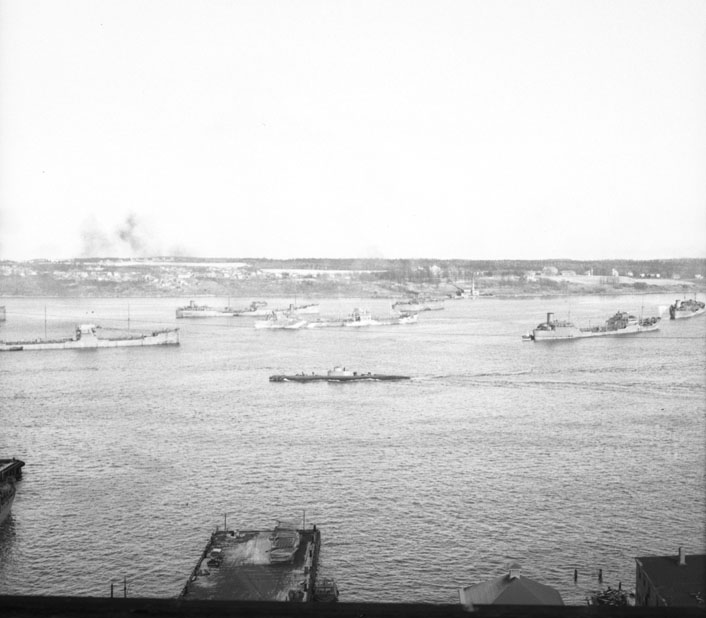 Camouflaged tanker, at centre of image a Dutch submarine 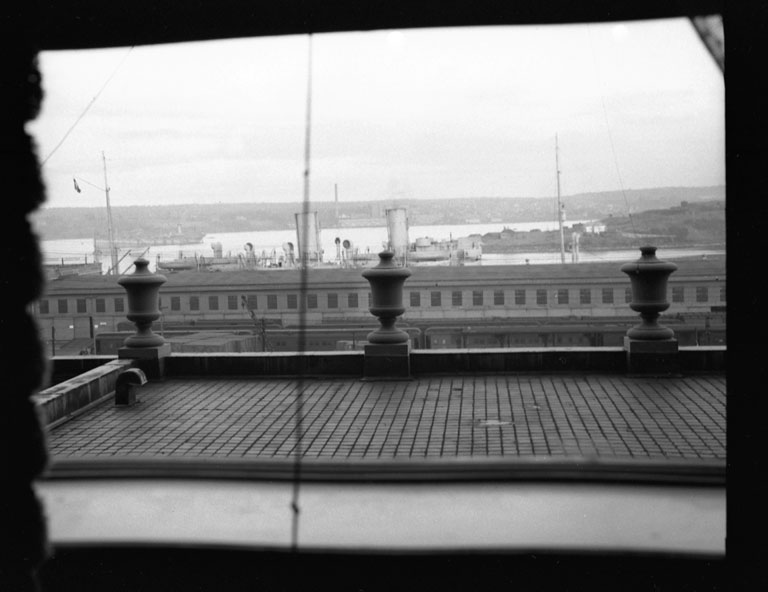 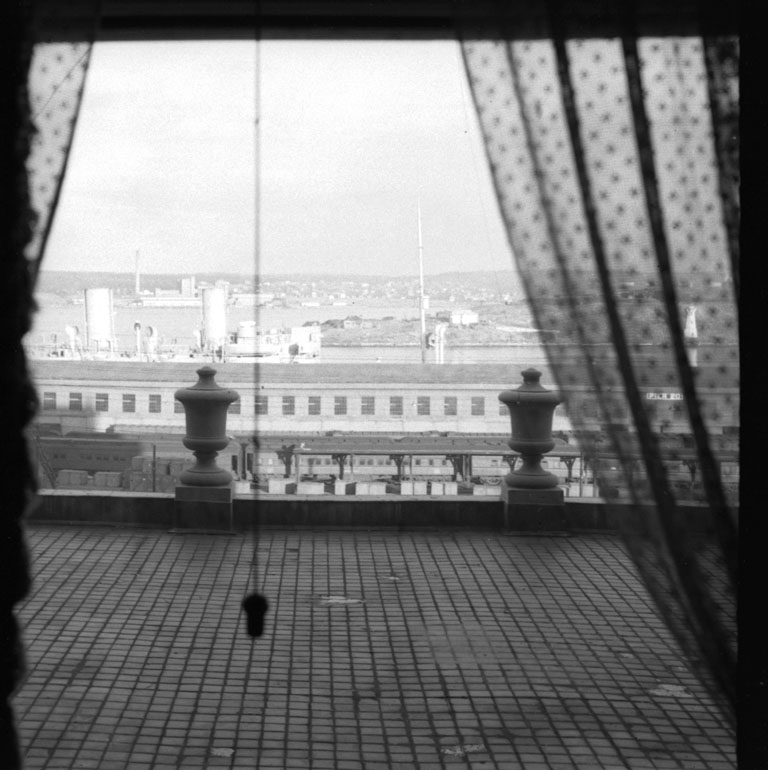 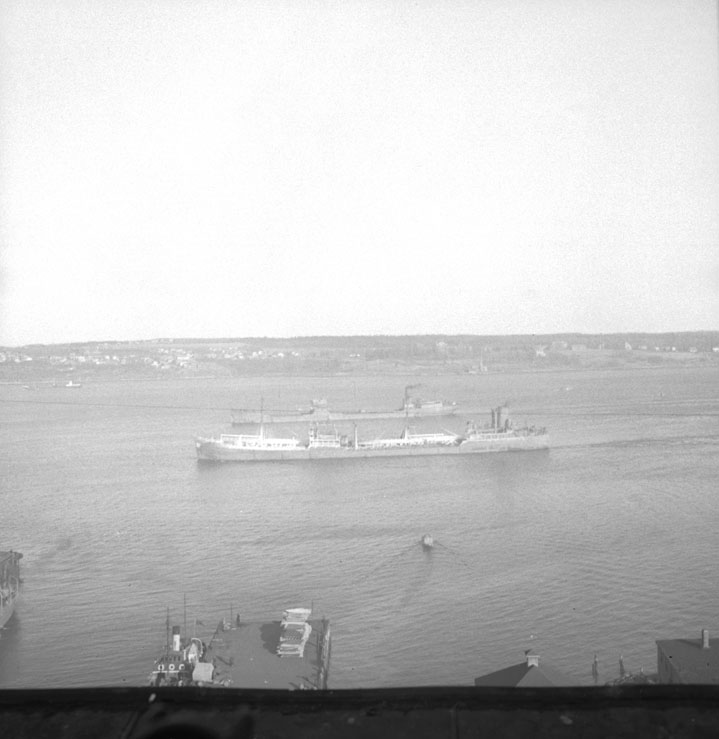 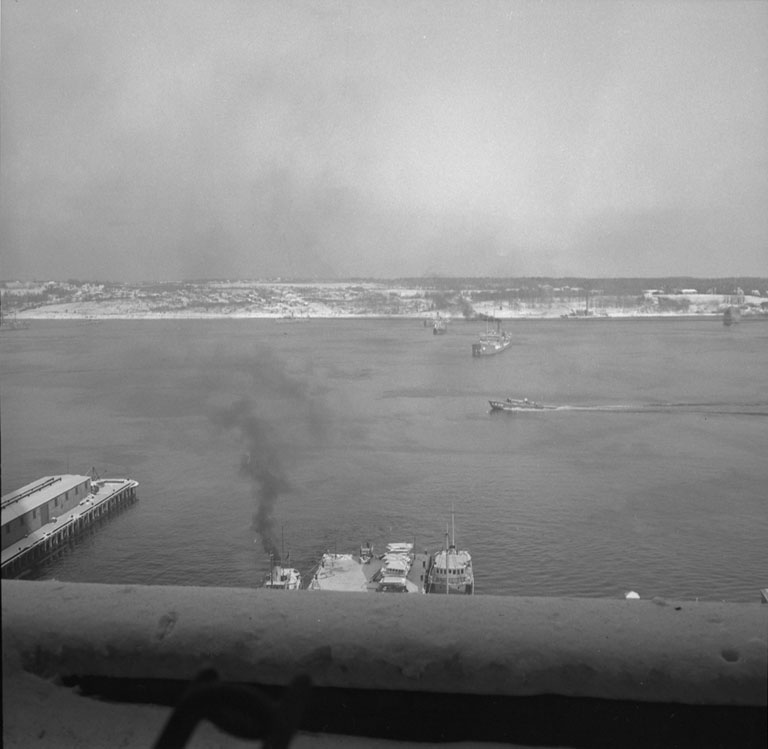 M-231 with RAF motorboat with insignia 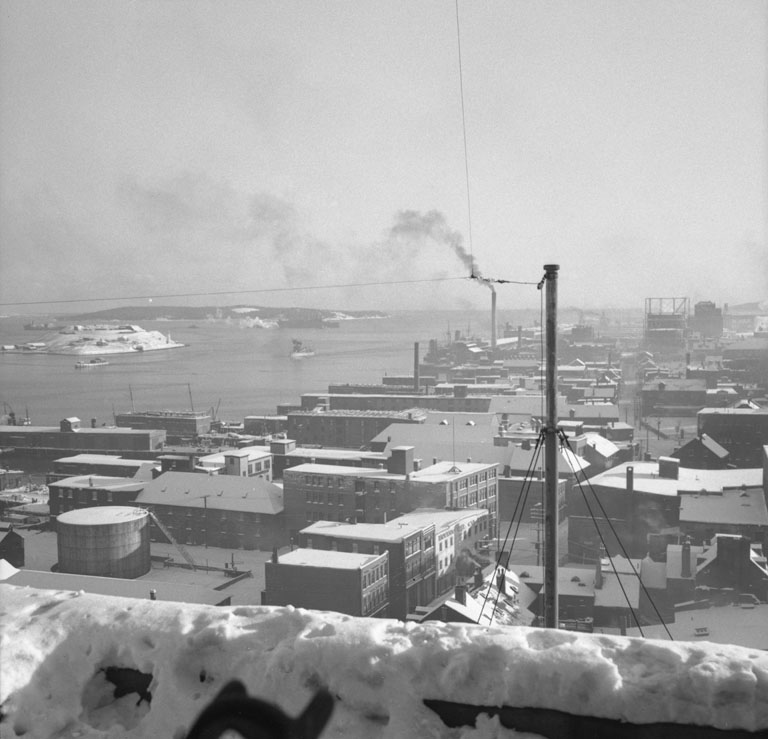 SS Queen of Bermuda with Z00 HMCS Acadia coming in 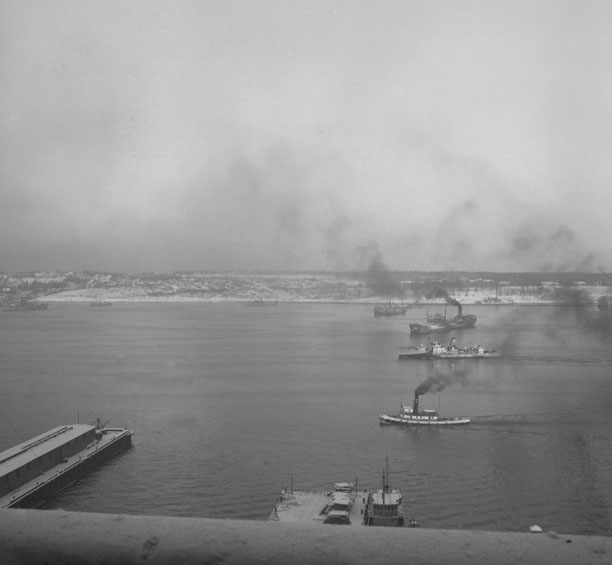 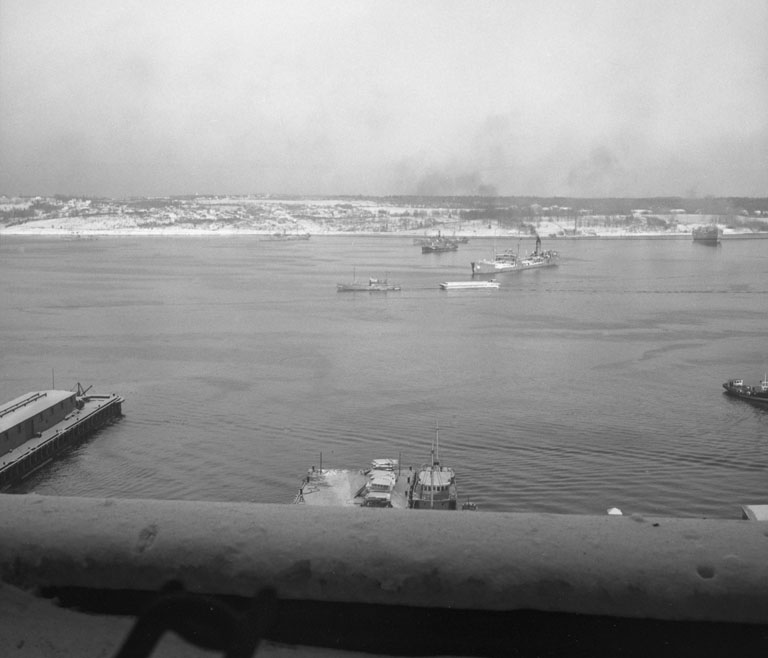 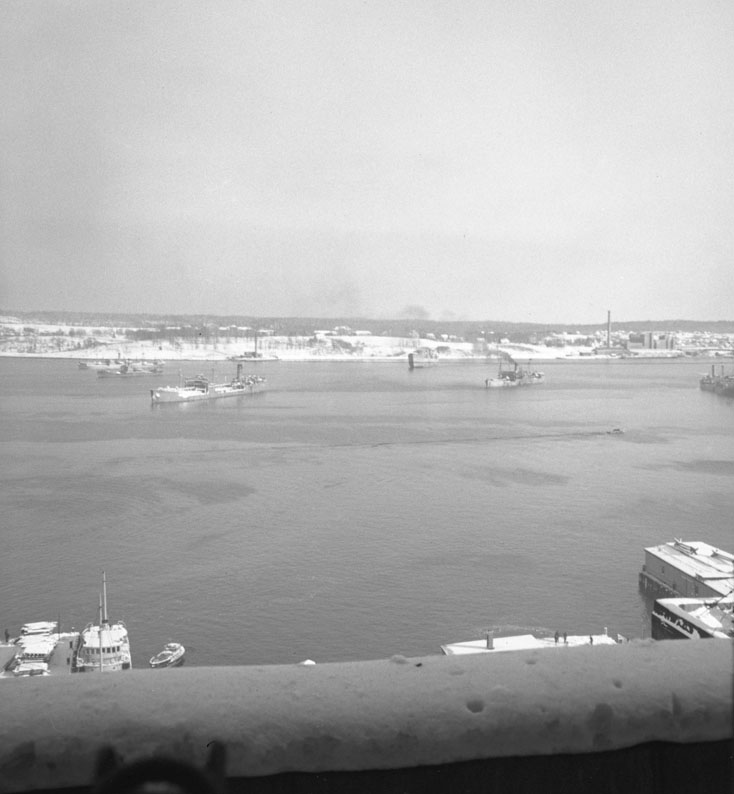