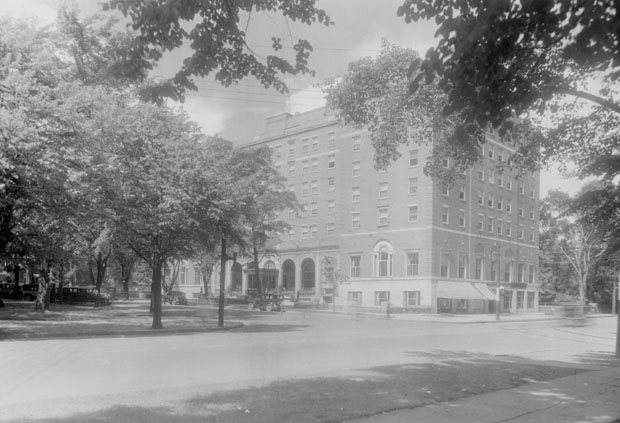 ''Corner of Spring Garden and South Park Streets, Halifax, NS''. Primary shareholders in the company incorporated in 1927 to build the hotel included Canadian Pacific Railway, Eastern Steamships and Furness Withy. "Visitors to Nova Scotia and to Halifax show a regular and rapid increase annually. Last year Government figures show an increase of 50% in the number of tourists without motor cars and [an increase] of 87% [of] motorists over the year before.... Already it is considered that the demand for such accommodation will be greater than The Lord Nelson can supply, without consideration of the stimulus such hotels invariably have on further travel" (Ward Scrapbook, MG 1, vol. 2417, no.1).