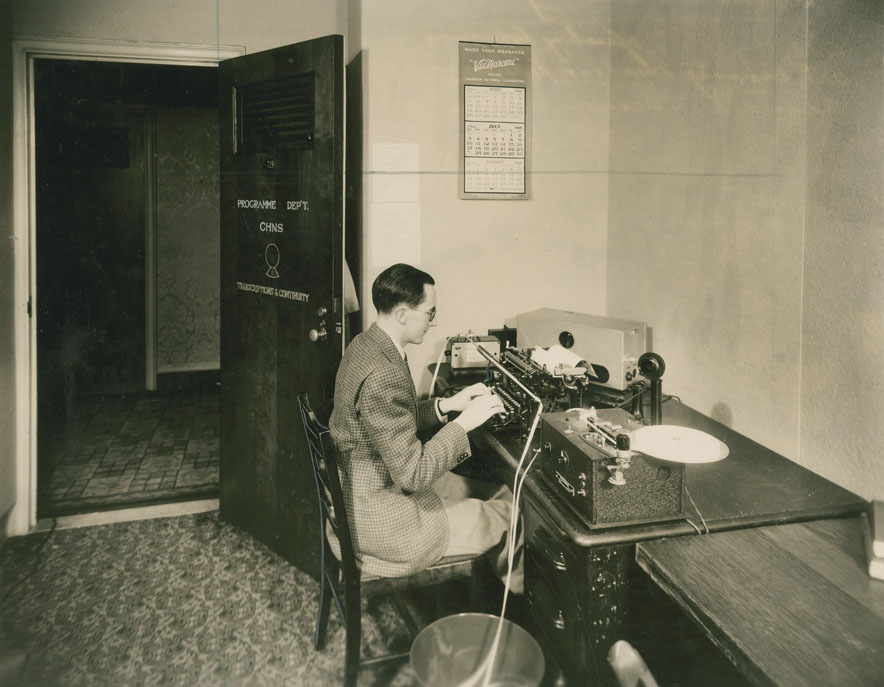 Clare listened to the telegraphy and then transcribed the news to paper. John F. Clare was Assistant Director in 1941. CHNS Halifax, N.S. The Centre of Nova Scotia's Radio Population, 1941, gives a brief history of CHNS:

"Soon the station was making inroads on the seventh floor with first one, and then a whole string of offices. Finally the time came when further expansion was not possible without inconvenience to the [Lord Nelson] hotel. C.H.N.S. then determined to construct a building of its own, and just prior to the outbreak of the war in 1939, the Auditorium Building on Tobin Street, formerly the original St. Andrew's Church, was selected as the most desirable site.

With this familiar old Halifax landmark removed, a fine three story modernistic building of stucco finish soon took its place. Radio equipment and furnishings of the latest type were installed and the new home of C.H.N.S. was appropriately christened 'Broadcasting House'." [MG 1, vol. 2619A, #6A]