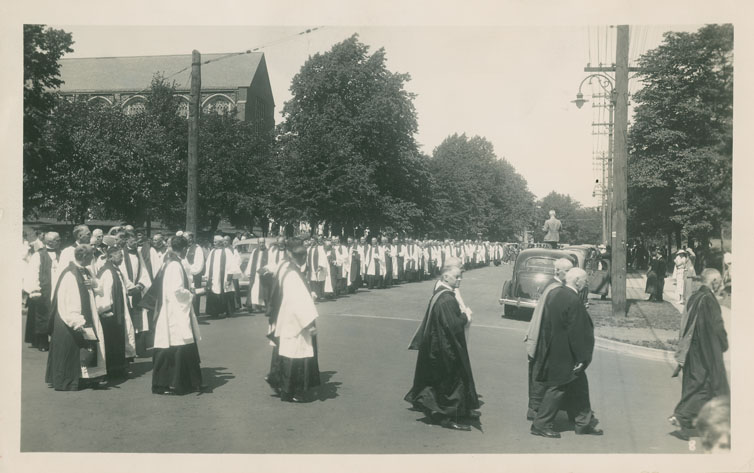 The General Synod of the Church of England in Canada gathered in Halifax for the 14th General Synod which also commemorated the 150th anniversary of the consecration of Bishop Charles Inglis, first Anglican Bishop of Nova Scotia.

The procession included the Rt. Rev. P. Shinji Sasaki, Bishop of the Diocese of Mid-Japan, whom The Halifax Herald, 30 August 1937, p. 1, called “one of the many outstanding churchmen from other lands attending the Synod.”