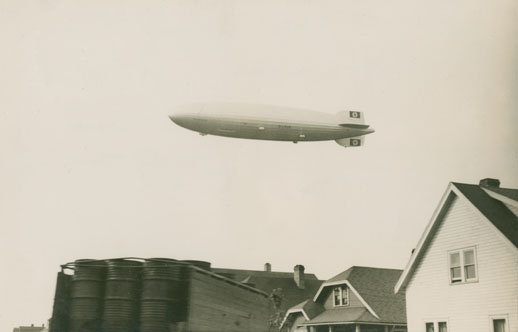 The giant German airliner Hindenburg flew over Nova Scotia on Saturday, 4 July 1936. It appeared to fly low over Halifax and the province in general but especially low over Shelburne, Chester and Hazel Hill.

The airliner flew at an altitude of about 1000 feet, but due to its size the dirigible seemed to be just above the tree line.

The Halifax Herald, 6 July 1936, p. 4, reported in bold print that it was possible that “those aboard the Hindenburg were taking pictures of Halifax and other places, for the files of the German air ministry”.

Military authorities said photographs could easily be taken up to 10,000 feet and it would be impossible to prevent photographs from being taken.