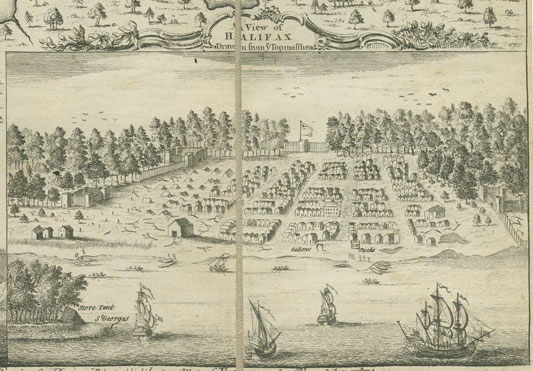 "We are all happily arrived in this country, after a voyage of two months and three days. At our first landing we were obliged to live in tents like soldiers in the field, having no other habitations; but were soon after ordered by our governor to cut down a great number of trees, (all the country being a wood, quite wild and over-grown) to clear a large piece of ground; which we actually did, and finished this work, as we were ordered, in the space of six weeks; after which the country was divi