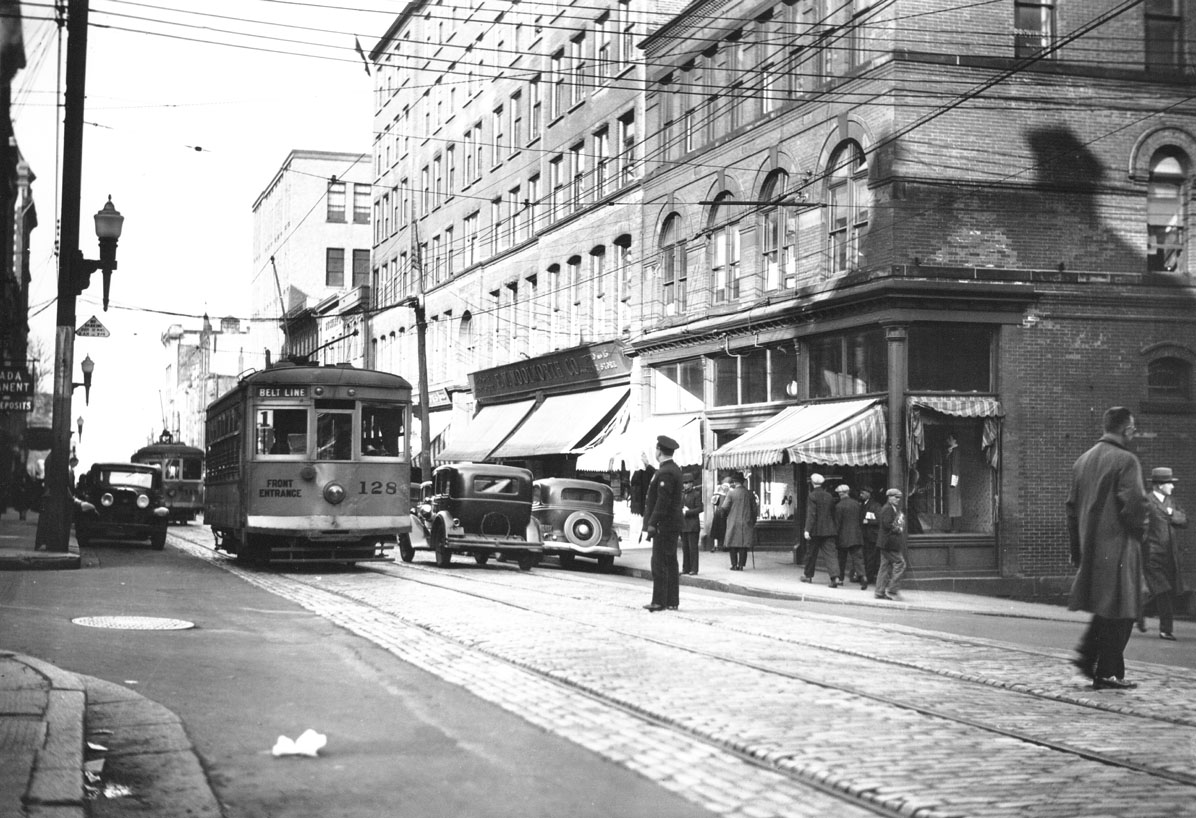 Near intersection of Sackville Street, Halifax.

They efficiently handled about 9,000,000 passengers per year. However, the war put a tremendous strain on the operation because Halifax's population doubled to about 120,000 in 1941 and the trams carried 31,000,000 passengers.