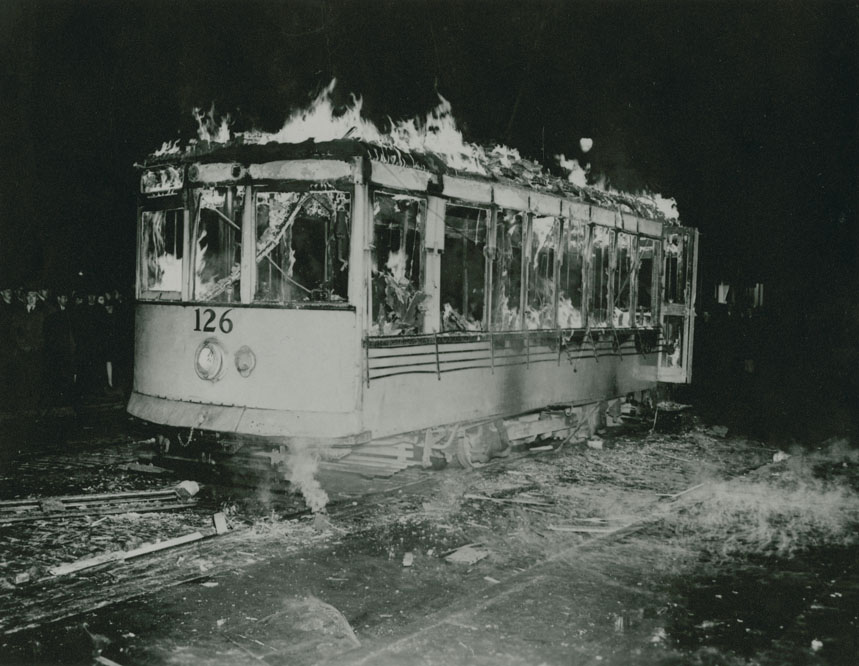 V-E Day Riots. A few sailors drew the pulley of a street car from its track, then the following street car, and soon eight cars were lined north of Spring Garden Road junction. As their operators tried to reconnect power, a crowd grew and began smashing their windows. The seventh car was extremely damaged as a crowd of 7,000 watched rioters use boots, fists and sticks shatter almost every pane. The Halifax Chronicle, Tuesday, 8 May 1945, p. 16, reported "One sailor made a final round of the vehicle with a decrepit broom shattering remaining fragments of glass. 'Smash 'em', roared the crowd. 'Lace into it.'" This may also be a photograph of the incident that started it all The V-E Day riots begain on 7 May, after a group of sailors trashed a tramcar outside Stadacona in the afternoon, followed by an evening of looting liquor stores.