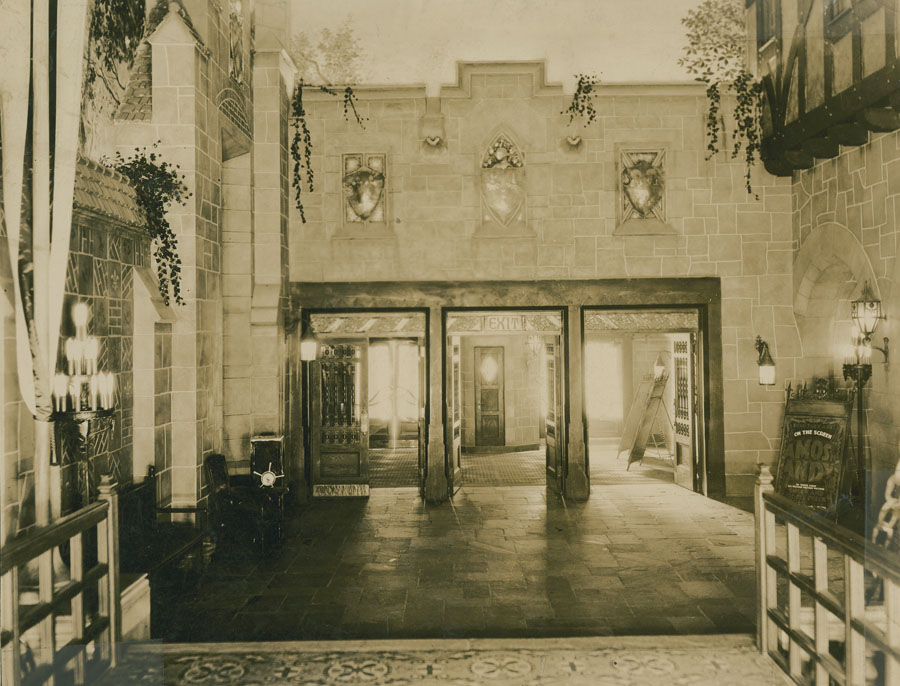 "From here we enter through a lych-gate into the paved castle court with its arched cloisters, battlemented towers and gabled turrets and half-timbered buildings, recalling the Old World atmosphere of a Mediaeval castle.

This feeling is enhanced by the long mullioned windows filled with stained and leaded glass and illuminated from behind. Over the lower walls are seen the trees of the surrounding park with the blue sky overhead, across which float the evening clouds. The whole sky being illuminated by concealed cove lighting. Knights in armour stand guard at the arches, and the flag standard bears the cross of St. George." [The Halifax Mail, 31 October 1930, p. 21]