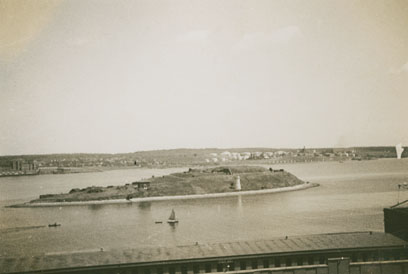 Fort Charlotte's searchlights ceased regular operation and its garrison was removed from Georges Island after the fort closed down on 16 December 1918. Only a small care-taking detachment remained.

However, even these caretakers were removed by 1937; responsibility to watch over armaments then fell to the lighthouse keeper. Several guns were dismantled and shipped to British Columbia. For a detailed history of Georges Island see Dianne Marshall, Georges Island The Keep of Halifax Harbour [FC 2346.55/ M367/ 2003]