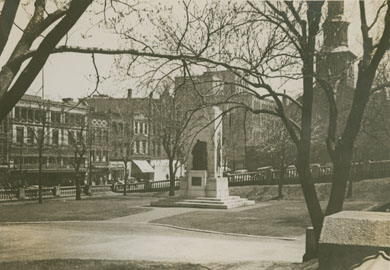 The Cenotaph, honouring those who served and those who died in World War I, was unveiled in Halifax's Grand Parade on 1 July 1929. The distinguished guests included Sir Robert Borden (war-time Prime Minister of Canada) and the Hon J.L. Ralston (Minister of National Defence).