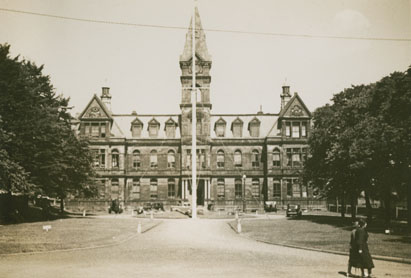 The Halifax Board of Trade's guidebook Halifax: The City by the Sea, 1936, p.6, stated that "the City Hall, on the north end of the Parade has considerable architectural merit. The Parade, with its heavy balustrade, lawn and fountain, is an artistic open space in which years ago, military reviews were held." [V/F, vol. 60, #13]