Many of the sources described in this Resource Guide complement one another, yielding rich detail for re-constructing the built-heritage landscape. For example, researchers exploring the site history of Halifax's World Trade and Convention Centre (1985) on Argyle Street will want to examine photographs, fire insurance plans and city directories — and will be rewarded with small but interlocking details which build into the story of a changing streetscape over time.

W.D. O'Donnell, an early commercial photographer in Halifax, took a photograph about 1887 showing construction of the wall around the Grand Parade, and looking beyond to a number of buildings on the west side of Argyle Street, north of George. A few years later, a photographer from the Notman Studio took another photo of Argyle, showing the streetscape just slightly north of the O'Donnell photograph; City Hall is on the right and several wood-frame and brick buildings are clearly visible on the west side of the street. Moir, Son & Co. is the tall narrow building at the corner of Argyle and Duke, with a horse-drawn delivery wagon outside; and beyond Duke Street is the present site of Scotia Square.

The streetscape had radically changed by 1941 when photographer E.A. Bollinger also stood in Argyle Street, on almost the same spot as the Notman Studio photographer. By now, Moir's had expanded to occupy the entire block between George and Duke. Cars line the paved street and a 'modern' motorized truck is pulling away from the curb. A few years later still, The Underwriters' Survey Bureau Ltd. identified Moirs Candy Factory, Shipping, Bakery and Offices as a large factory and business complex spread out across 110-128-130 Argyle Street. 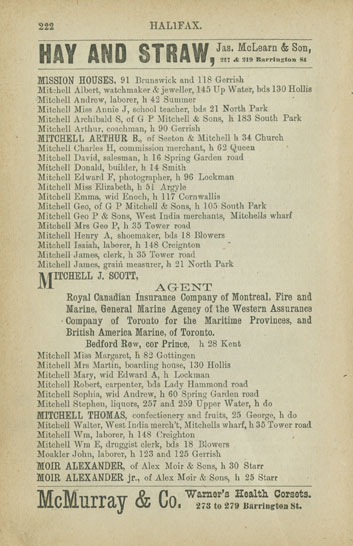 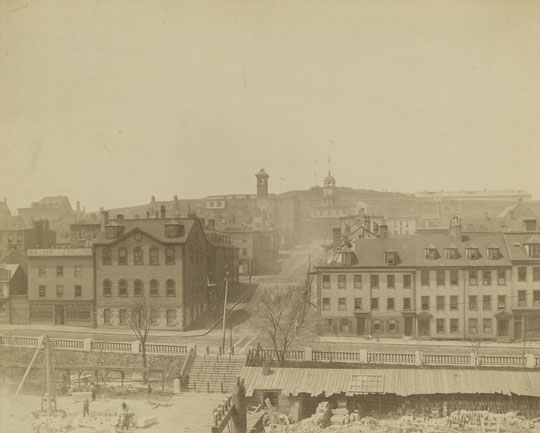 "The Citadel Hill, Showing Clock-Tower on the Glacis, Halifax" 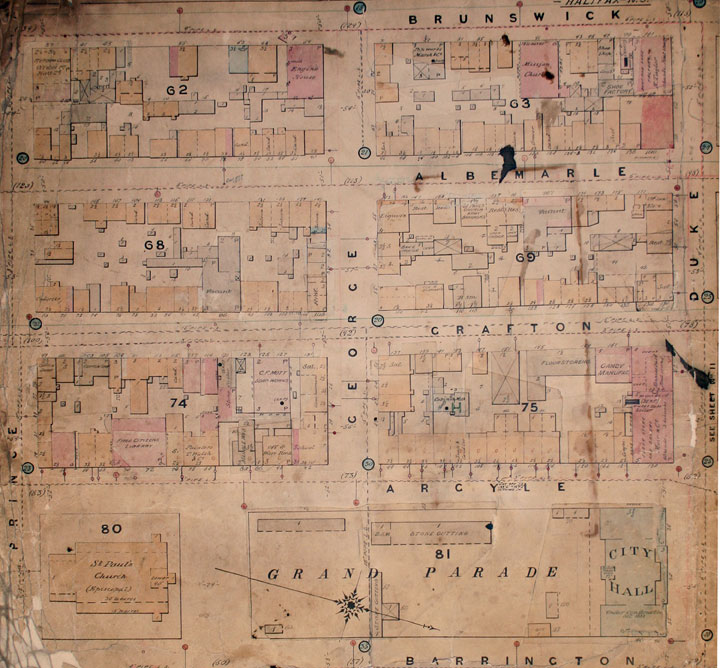 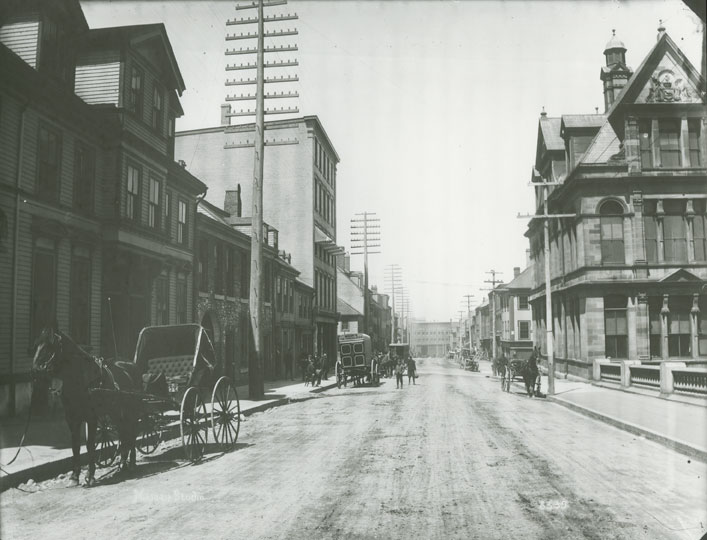 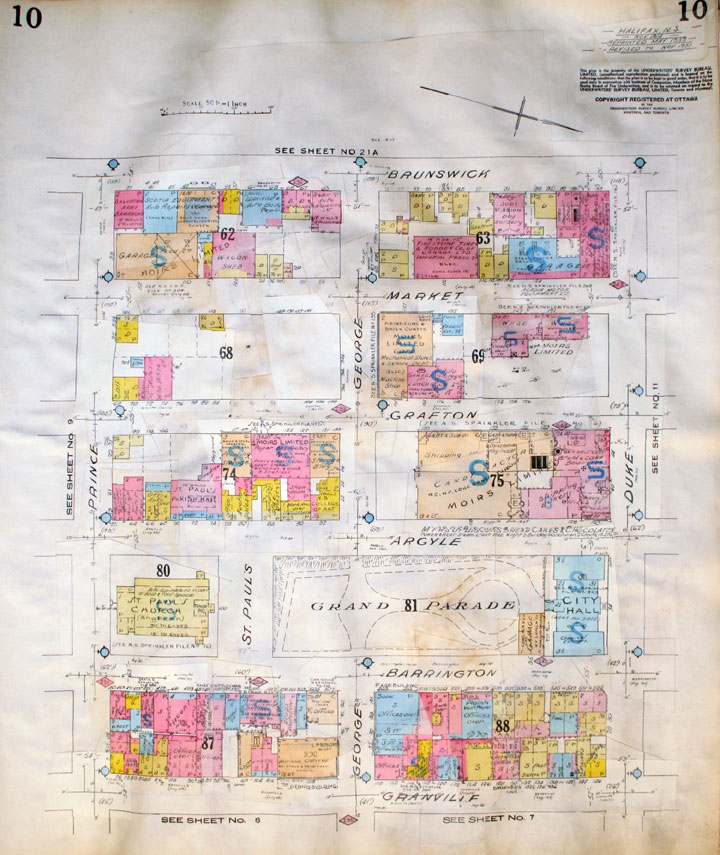 Plate 10, Insurance Plan of the City of Halifax Nova Scotia 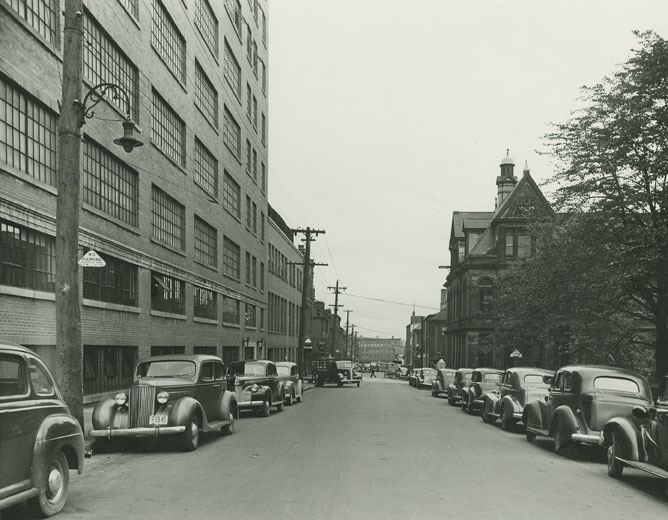 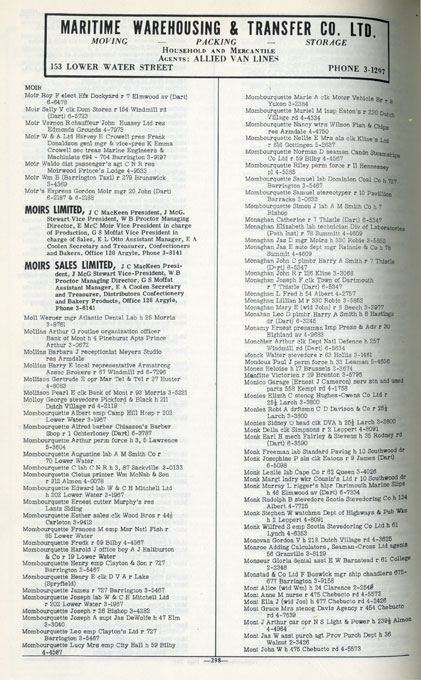