Young Boy with Ralph Jones' House in the Background, Africville, Boarded Prior to Demolition 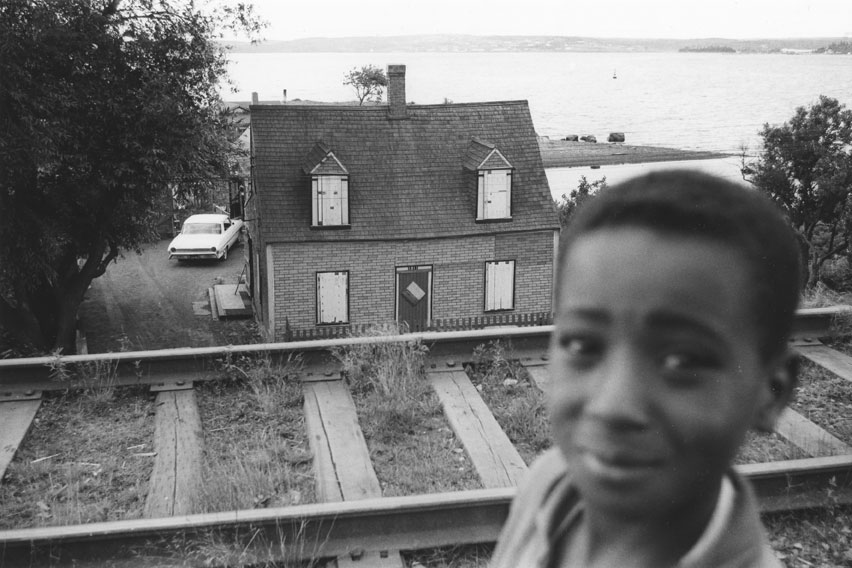 In October 1962, the City decided to eliminate Africville and relocate its residents elsewhere in Halifax. The relocation was part of a broader program of "urban renewal" in Halifax, as in other North American cities, in the 1960s.

The process of relocating Africville residents began in 1964; the demolition of the community was largely completed by the end of 1967. In early January 1970 the City bulldozed the building of the last Africville resident, who reluctantly agreed to sell his property to avoid expropriation.

The land on which Africville stood is now part of Seaview Memorial Park, named in memory of Seaview African United Baptist Church.