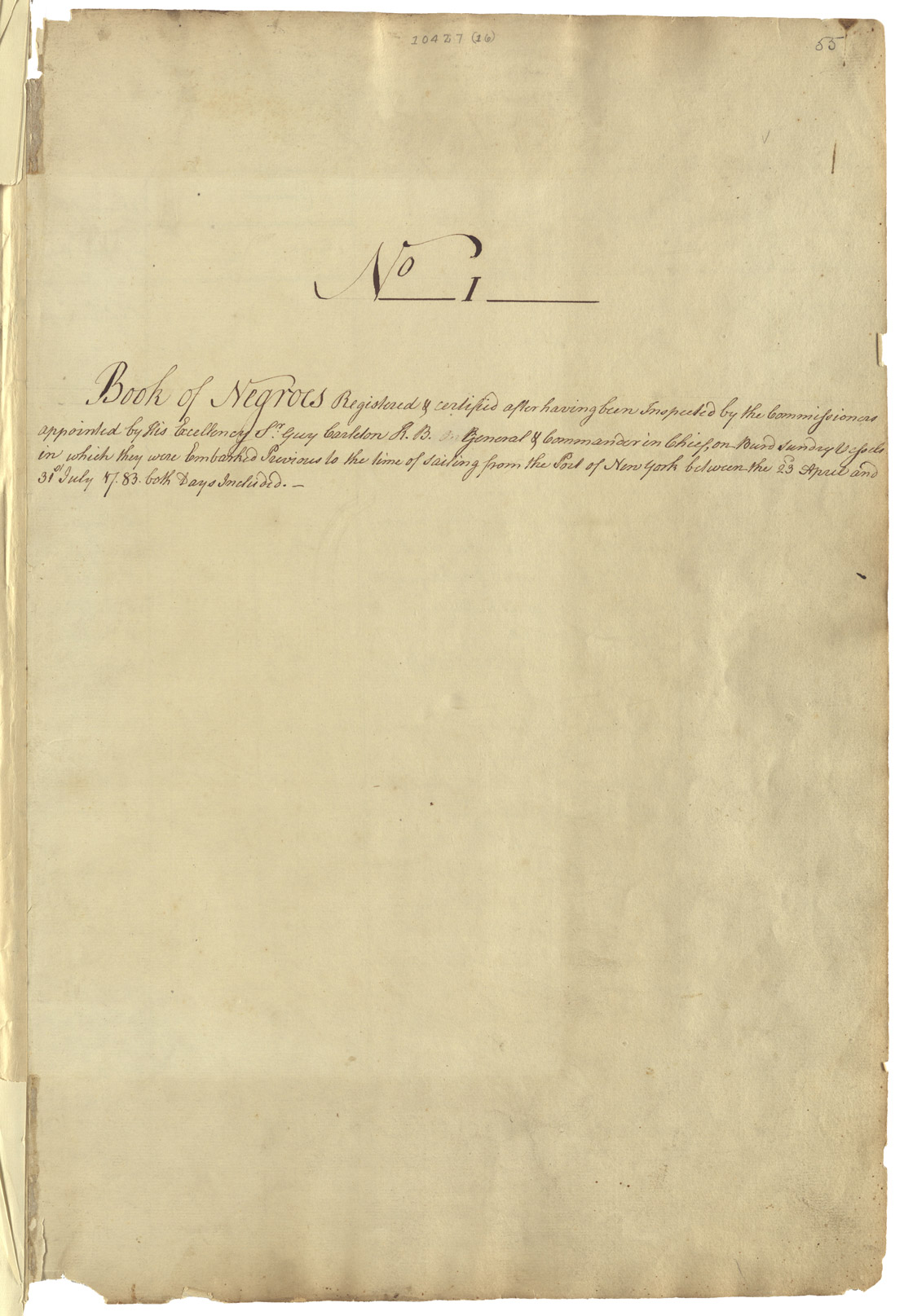 Search and view the "Book of Negroes"

The "Book of Negroes" is the single most important document relating to the immigration of African Americans to Nova Scotia following the War of Independence. It includes the names and descriptions of 3000 black refugees registered on board the vessels in which they sailed from New York to Nova Scotia between 23 April and 30 November 1783.

The book also documents the cases of some fugitive slaves who were returned to their owners before they could escape to Nova Scotia. One of these was the "Negro woman named Betty," who had left her owner, Thomas Smith. Before she could sail to freedom, Smith claimed that he still owned her. Unfortunately, the British authorities agreed with Smith and sent Betty back to Thomas "to be disposed of by him at his pleasure."

The "Book of Negroes" exists in two original versions. These were created separately but at the same time by the British and the Americans as they registered the refugees. The British version, presented here, is in the Sir Guy Carlton papers at the Public Records Office (National Archives of Great Britain.) The American version, which forms the basis of Graham Hodge's Black Loyalist Directory, is at the National Archives at Washington. A microfilm copy of the American version is available at the Nova Scotia Archives (microfilm 10149 ).