Lieutenant L. Howard Johnstone was nicknamed the 'Iron Duke' by the men of the 25th Battalion. Johnstone came from a prominent family; he was son of Dr. Edmund James and Caroline Charlotte (nee Kavanagh) Johnstone, and great-grandson of Nova Scotia Premier J.W. Johnston, 1857-1860.

L. Howard Johnstone was born in Victoria Mines, Cape Breton County, on 11 January 1889, and made his mark despite his short life. He served on staff of various newspapers – Post (Sydney), Record (Sydney), Morning Chronicle (Halifax), and Gazette (Montreal). Although he was appointed Private Secretary of the General Manager, Nova Scotia Steel and Coal Company, printer's ink must have been in his blood because he resumed journalistic work in 1912 when he joined the staff of the Montreal Gazette. However, later in the year he returned to the Morning Chronicle. The "British Roll of Honor" stated, "In reportorial work no newspaper man in Eastern Canada was a better descriptive writer and few whose career in journalism promised more brilliantly. Naval and shipping events particularly attracted Captain Johnstone and many varied stories came from his facile pen." He also enjoyed healthy sports and was a member of the Royal Cape Breton Yacht Club, Sydney.

Johnstone qualified as lieutenant and captain in the Halifax School of Infantry in 1914 and went overseas as Lieutenant in the 25th Nova Scotian Battalion, Canadian Expeditionary Force. He reached the Western Front on 15 September 1915 and was first a Bombing Officer and subsequently was with a trench mortar unit. M. Stuart Hunt, Nova Scotia's Part in the Great War, p. 78, noted Lieutenant L.H. Johnstone led the 25th Battalion "... in the fruitless and bloody attack on Regina Trench, October 1st, 1916. While gallantly leading those men into a veritable hell of machine gun and shell fire, the 'Iron Duke' as he was nicknamed by the gallant men he was leading, fell to rise no more."

Back in Sydney, a memorial service was held at Christ Church on 15 October 1916. The service began with the hymn 'Onward Christian Soldiers', followed by prayers, names of men of the Honor Roll, silence, followed by the 'Last Post'. Captain Johnstone's former newspaper, The Sydney Daily Post, 16 October 1916, p. 5, reported, "There was scarcely a dry eye in the church when the last notes died away."

Results 1 to 7 of 7 from your search: Johnstone 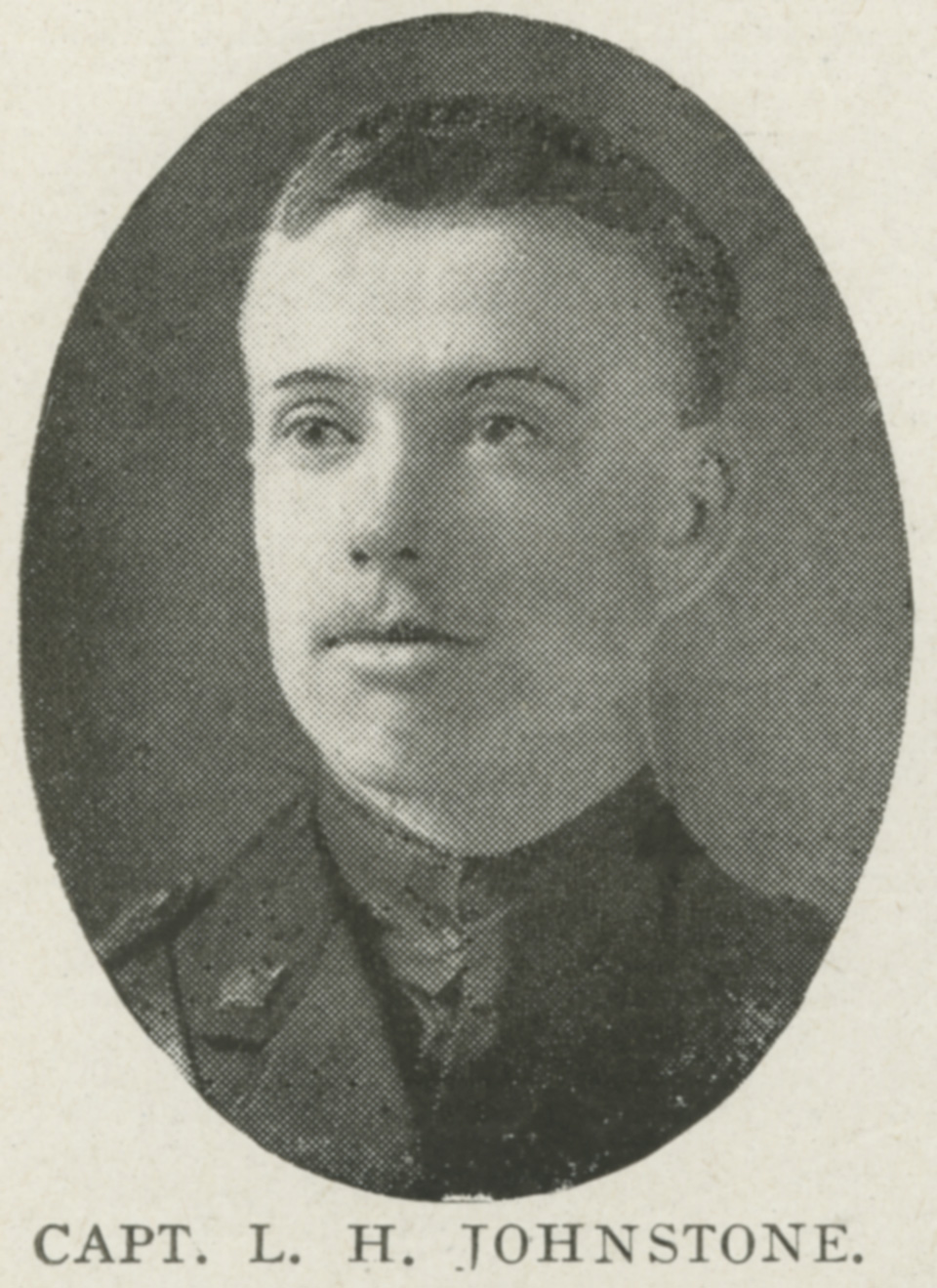 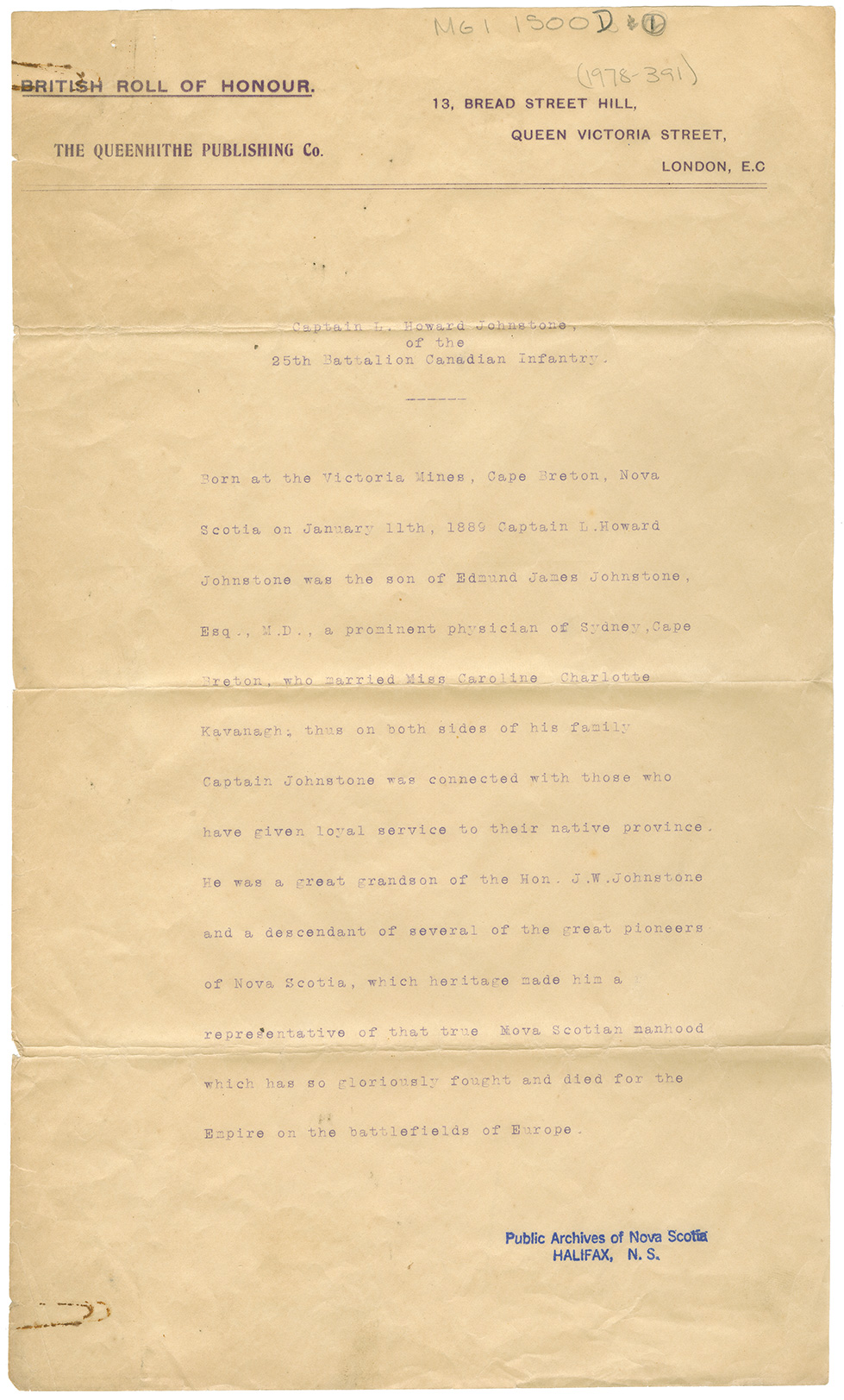 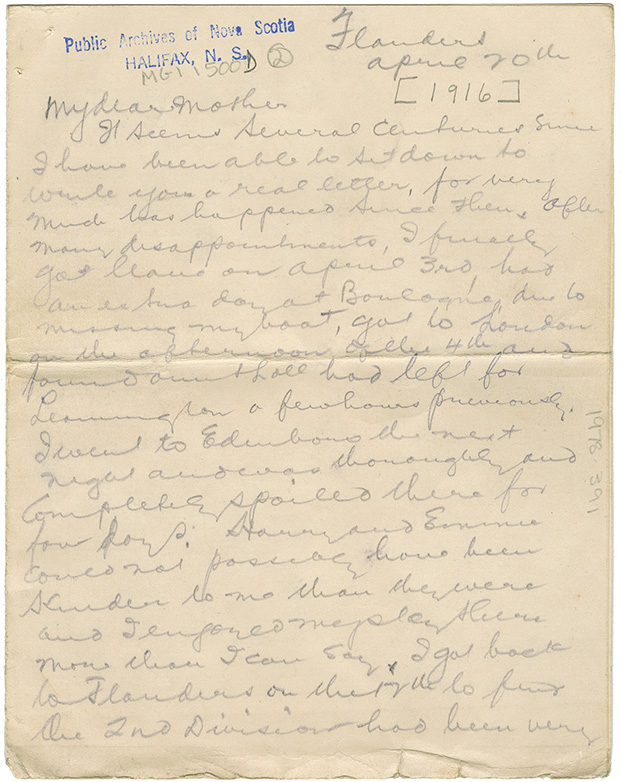 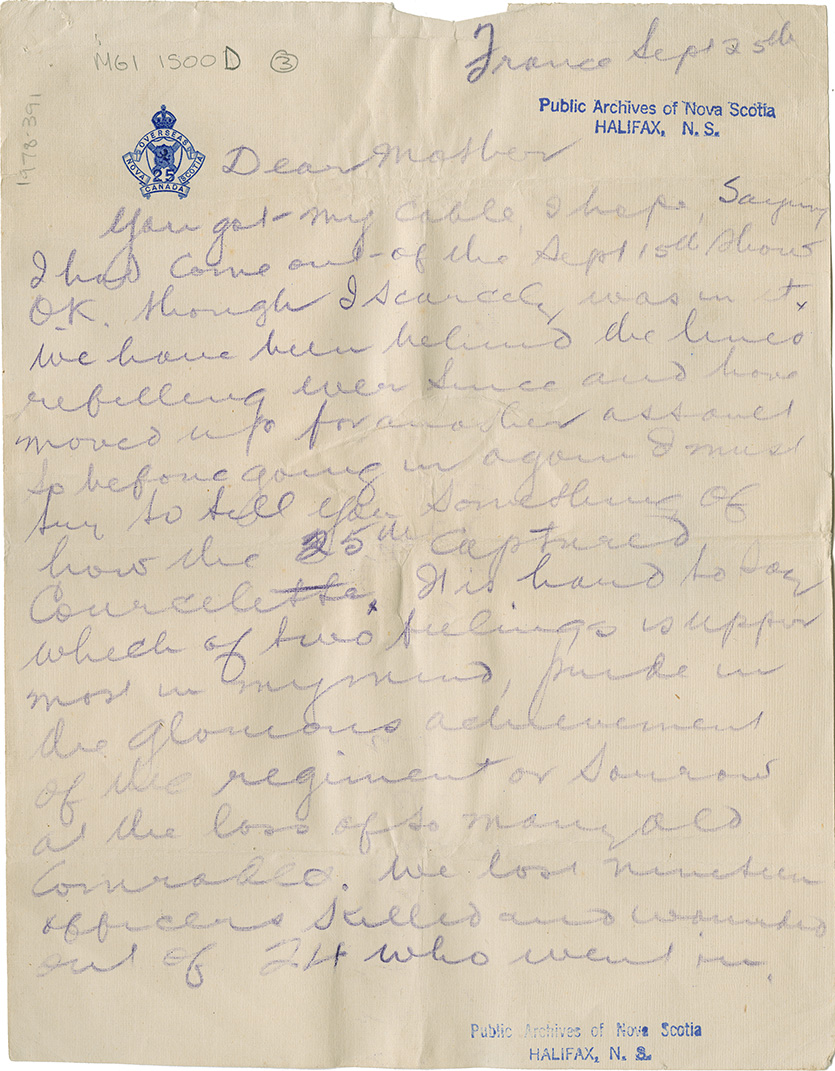 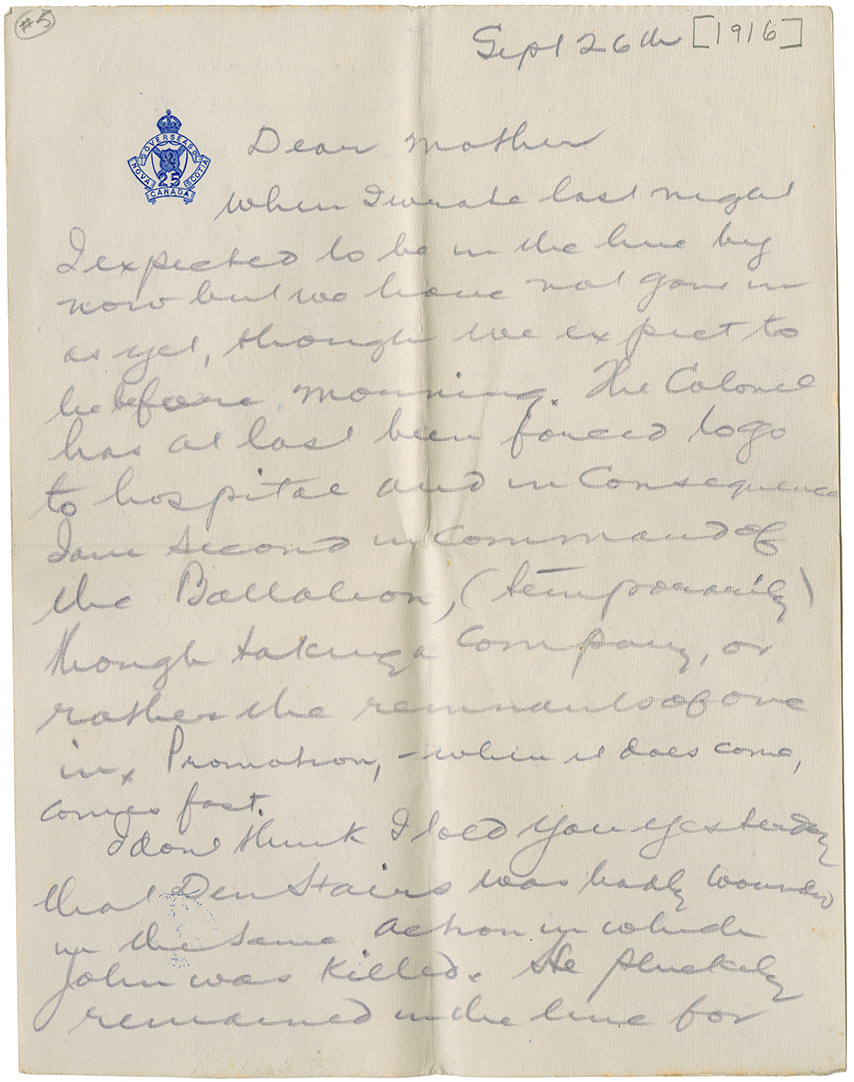 "When Lt. Howard Johnstone fell." Story as told by a Soldier who was with him (news clipping) 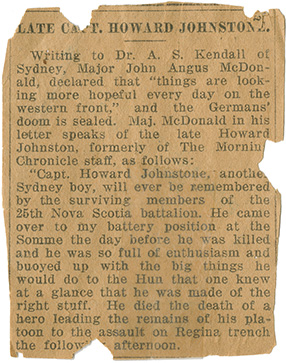