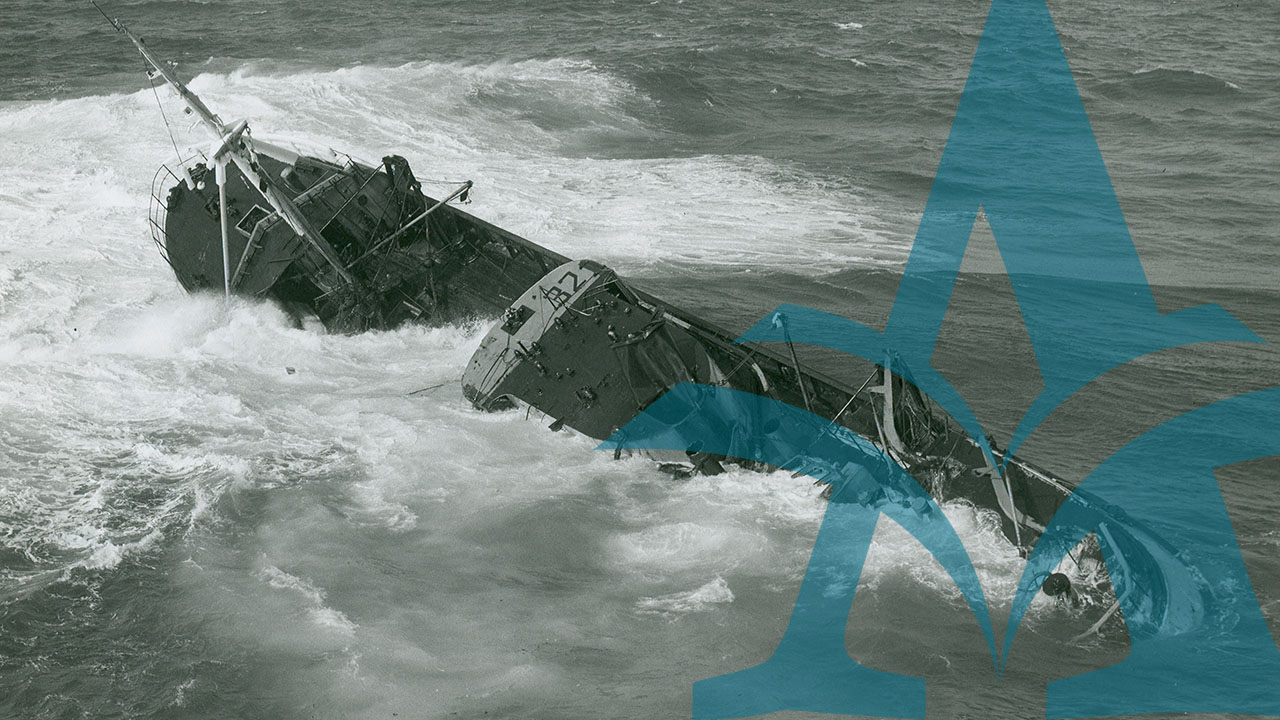 Scene of the Wreck Atlantic at Prospect, April 1st, 1873

Nova Scotia is frequently described as having 'a culture shaped by the sea.' Across four centuries, the people who live here have depended on the ocean for the harvest it provides, the coastal and international trade which it facilitates, and the land-based industries which have grown up around its presence and potential. The sea has given Nova Scotians their earliest economic livelihood and their primary identity. Over the years it has also given them, and continues to give, constant danger, immense loss and inescapable death.

The number of vessels which have foundered on the rocky Nova Scotia coastline defies calculation. The database presented here enumerates 5000 wrecks — a sobering number of known, identifiable losses, but still far from complete. The 'On the Rocks' database, with its various search fields and enhancements, is a research product developed by the Maritime Museum of the Atlantic (Halifax, NS) as part of their 'Shipwreck Treasures of Nova Scotia' permanent onsite exhibit. Nova Scotia Archives is pleased to have partnered with the Museum, in developing this Web-enabled version of what is a significant research tool for the province's marine history.

The remainder of 'Shipwrecks of Nova Scotia' encompasses a virtual exhibit, using a selection of representative photographs, documentary artworks, newspaper articles and original records to begin to tell the story of tragedy, destruction and loss so common in Nova Scotia waters. A wide range of vessel types is included — sailing ships, fishing vessels, passenger vessels, naval vessels, freighters, ferries and tugs; and while all the examples shown here were wrecked, they were not necessarily sunk or permanently lost.

The photograph of the Skidby in 1905 is a grim reminder of Sable Island's reputation as 'The Graveyard of the Atlantic.' So treacherous were its waters, shoals and shifting sands that in the days before modern navigational aids such as radar and GPS, the government maintained a life-saving station there; selections from the Superintendent's diary are included in this exhibit to add context to the wreck of the Skidby.

Of additional interest are various documents selected from the Assembly Petitions found within the Nova Scotia House of Assembly fonds. These records are representative petitions from ordinary citizens, describing the loss of specific vessels in the early nineteenth century — for example, the frightening tale of those who survived the Africaine, which foundered off northern Cape Breton in 1843; and a strong condemnation of the wreckers who picked over the remains of the Sir George Beckwith near St. Mary's River in 1820.

A separate section of this exhibit tells the story of the SS Atlantic, a disaster which has been largely overlooked in Nova Scotia's marine history. The Atlantic combined sail with steam, and was one of the finest passenger vessels of its time; in the early morning hours of 1 April 1873, it foundered on the rocks at Mars Head near Lower Prospect, in the outer reaches of Halifax Harbour. The loss of life was horrific — 565 passengers and crew. The disaster was the world's worst merchant shipwreck known at that time, and was not surpassed until the loss of the RMS Titanic in 1912.

Related material on Nova Scotia shipwrecks can be found elsewhere on the Nova Scotia Archives Website:
• RMS Titanic: List of Bodies and Disposition of Same
• Halifax and Its People / 1749-1999