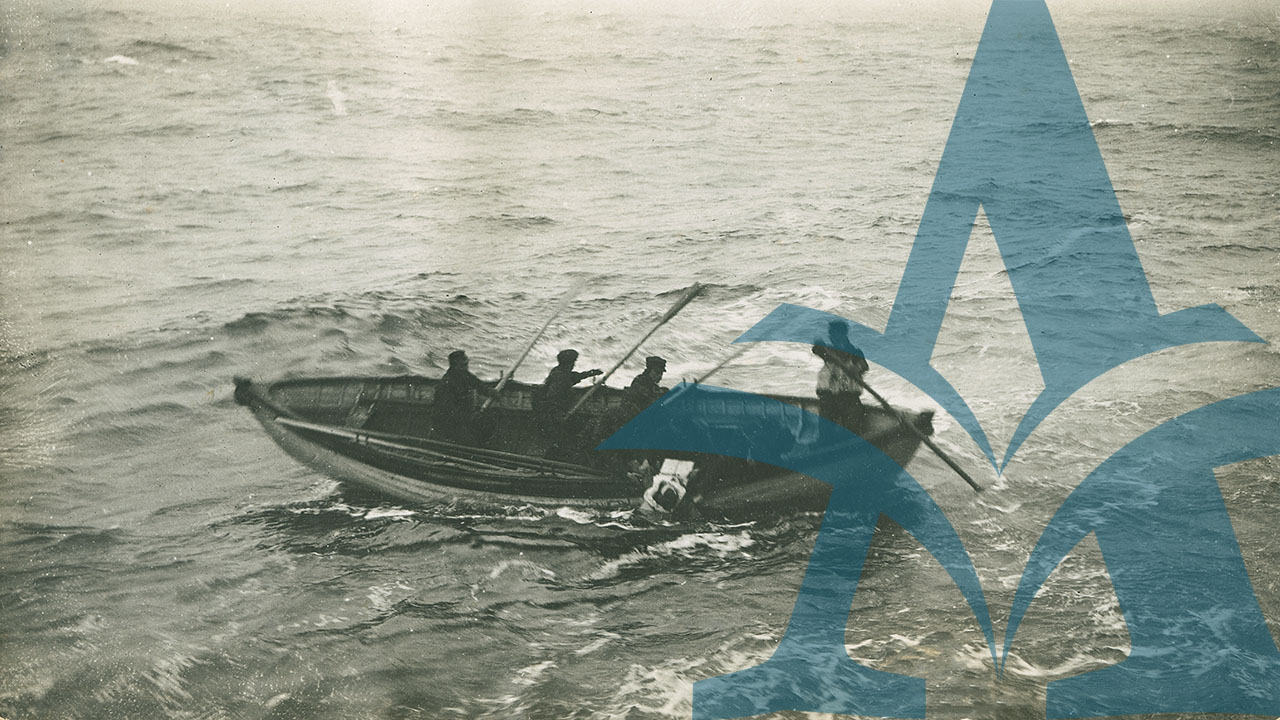 Body of RMS Titanic victim being picked up at sea

The loss of the White Star Liner RMS Titanic needs no introduction for anyone alive today. On its maiden voyage in 1912 the great vessel suffered irreversible damage, after a glancing blow from an iceberg at 11:40 p.m. on 14 April 1912 opened five water-tight compartments to the in-rushing sea. At 2:20 a.m. the following day, 15 April, the technological marvel of the Edwardian Age sank.

Of the 2209 passengers and crew on board, 1497 lost their lives. Within hours, the RMS Carpathia recovered 712 passengers at the scene; five were dead or subsequently died on board and were buried at sea. Two Halifax-based cable ships, the CS MacKay-Bennett and the CS Minia, were chartered within days, steamed to the site, and recovered the majority of the remaining bodies — 306 by the MacKay-Bennett and 17 by the Minia.

Altogether, some 337 bodies were plucked from the Atlantic, with the CGS Montmagny, the SS Algerine, the RMS Oceanic and the SS Ilford also assisting. One hundred and twenty-eight bodies were buried at sea and 209 brought to Halifax. Of the latter, 59 were claimed and shipped to other locations; the remaining 150 were buried at Fairview Lawn, Mount Olivet and Baron de Hirsch cemeteries.

The loss of the RMS Titanic is one of the landmark events of the early 20th century. Discovery of the wreck in 1985 and the huge international success of the 1997 film have guaranteed that although the great liner lies at the bottom of the North Atlantic, she sails on forever in our collective imagination. We are proud to make this small contribution towards perpetuating the memory of those who died in Titanic's catastrophic end.