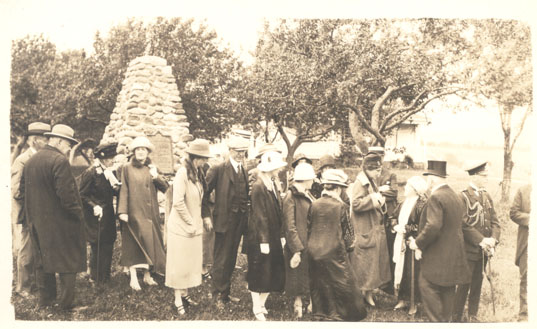 L.M. Fortier, Honorary Superintendent of Fort Anne, spoke on "The First Days of Port Royal in Acadia" and his speech was reported in The Spectator on 21 August. The tablet on the cairn reads:

Site of the first Fort or "Habitation" of Port Royal. Built by the French under de Monts and Champlain, 1605. Attacked and partially destroyed by a British force from Virginia, 1613. Restored and occupied by Scottish colonists, 1629. Laid waste on their retirement from the Country, 1632. Home of the Order of Good Cheer. Birthplace of Canadian literature and drama.