"A Report on the Work Accomplished for Rebuilding the Habitation of Port Royal, New France, at Lower Granville, Nova Scotia" 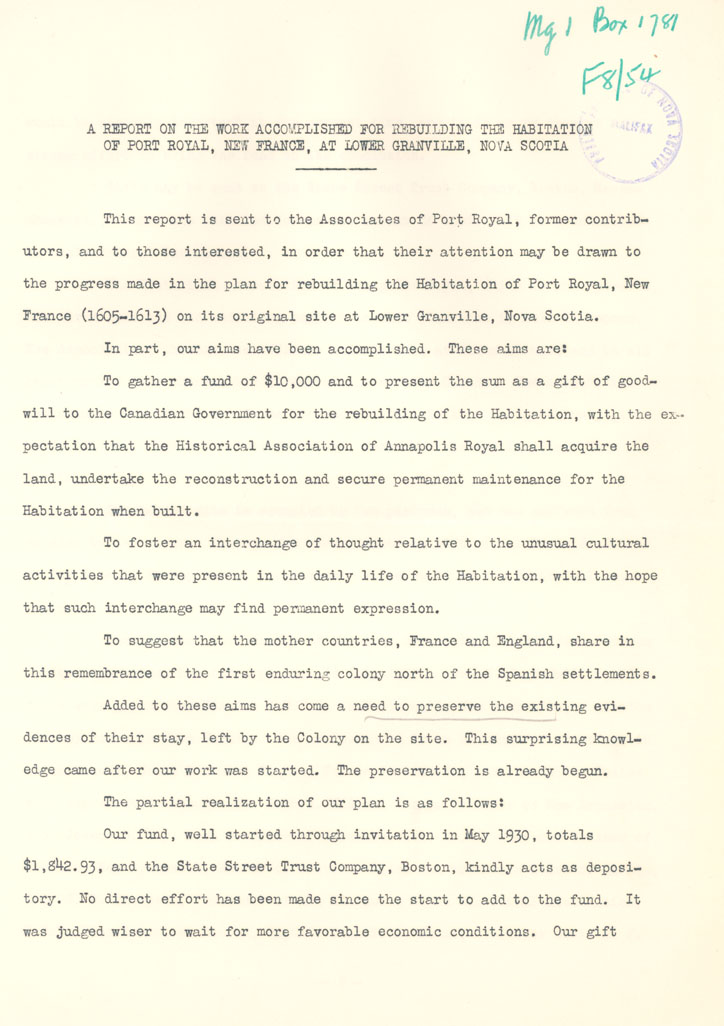