Rioters packed together on Hollis Street between Blowers and Bishop Street 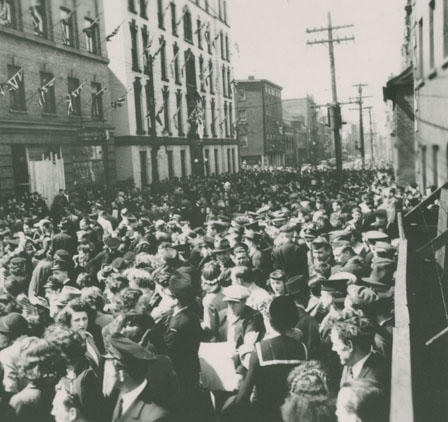 On east side of street by A. Keith and Son Brewery.This photograph appeared in The Halifax Mail, Wednesday, 9 May, p.1, with the accompanying caption, "A typical mob scene in downtown Halifax yesterday. It was taken in front of the the Hollis Street Liquor Store while gangs looted the store for the second time after more liquor was discovered in it. It was first looted Monday night."