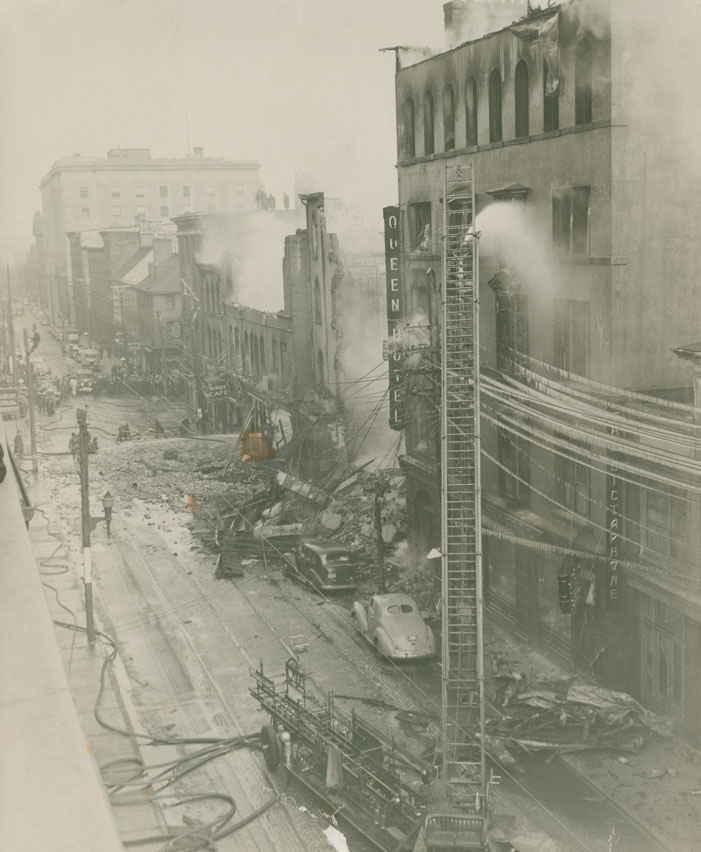 The Halifax Daily Star ran this photograph on 3 March 1939 with the caption:

"The above picture presents a general view of what is left of the Queen Hotel on Hollis Street, which was leveled by fire yesterday morning. Note where the hotel wall has collapsed, barely missing one of two automobiles that never will be claimed. Their owners are among the missing. Great difficulty was met by firemen attempting to raise the giant aerial tower and ladder in the foreground."