Auditorium and Stage of Capital Theatre 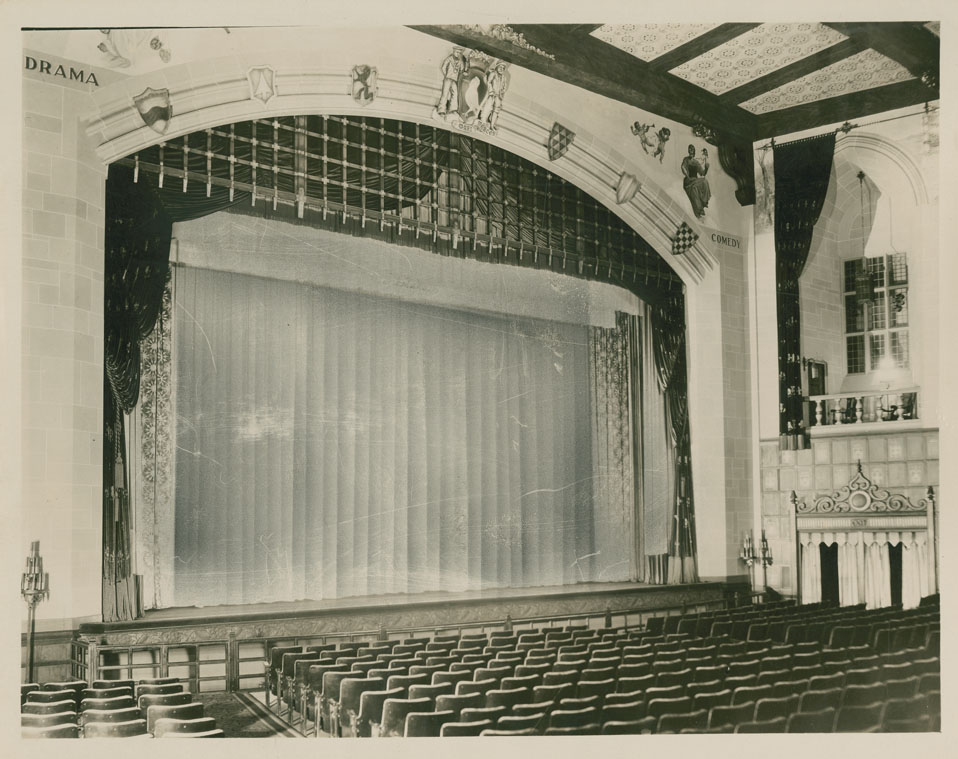 "...after the manner a Baronial Hall with panelled walls and tall mullioned windows, half timbered balconies and deep embrasured openings. The roof is formed of massive oak beams carried on carved grotesque brackets smaller beams running between the main beams. The panels between these beams are formed of special accoustical plaster so as to get the best possible results from the sound equipment in the Auditorium."

The newspaper reported that "the Stage is fitted with a very modern electric panel board, which controls the lights of the Theatre and Stage. It has the most modern equipment for dimming these lights, so as to produce pleasing color schemes in the Auditorium. The Stage is fully equipped with a gridiron floor some seventy-five feet above the Stage level which provides ample accommodation to allow for hoisting the large talking horns of this sound equipment, as well as making it possible to accommodate any large travelling theatrical production which may visit the city."