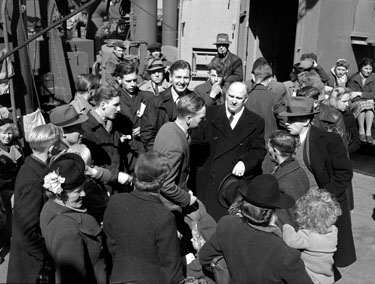 The movement of British 'Guest' children was suggested at the beginning of the war but the idea was not popular until after the fall of Belgium, Netherlands, and France and the increased danger of bombing in Britain. Many British parents thereafter showed a desire to send their children to Canada but by this time North Atlantic shipping was problematic.