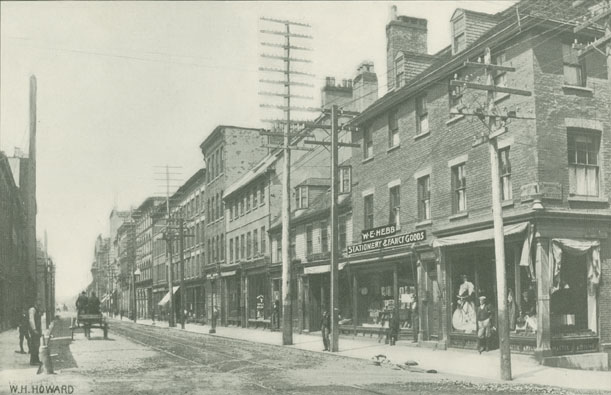 In Glimpses In and About Halifax, Nova Scotia: Its Picturesque Beauties and Attractive Surroundings Illustrated and Described, 1896, p. 50

William Hill and J.T. Hill owned the building which subsequently became known as the Lenoir Building (third building from right). It was built after the fire in 1816.

The building was later owned by Peter and Fanny Lenoir; Peter was a Halifax lawyer whose clients included Adele Hugo, the daughter of French novelist Victor Hugo. The Lenoir Building is now part of Founders Square.