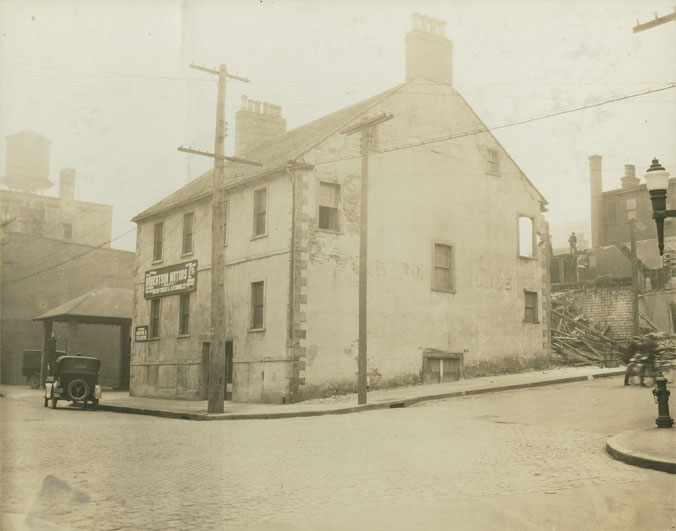 Dr. Almon's stone house was built at the corner of Argyle and Prince streets, Haifax, in about 1812.

After Dr. Almon's death in 1817, the house became the residence of his son Dr. William Bruce Almon. It eventually became a boarding house called "The Central House". The building was demolished in May 1928 and a large garage was erected on the site.