Marine Survey of the Barquentine Maid of England 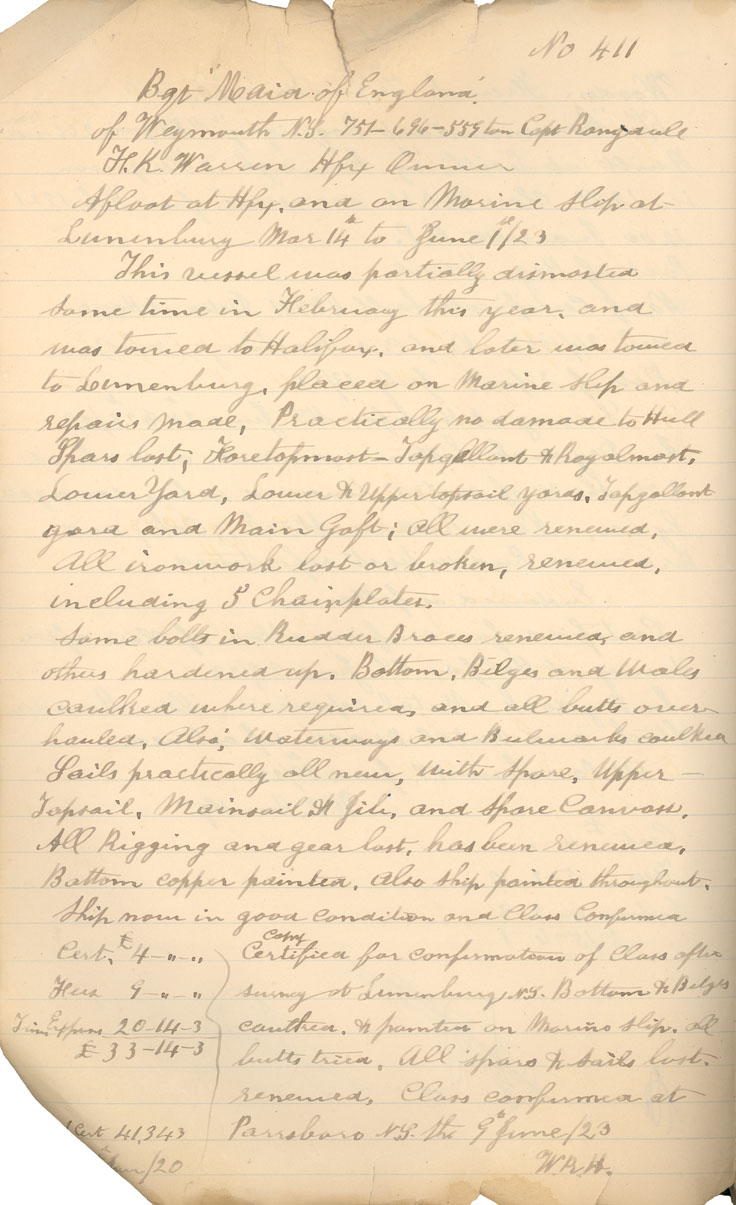 "This vessel was partially dismasted some time in February, was towed to Halifax, and later was towed to Lunenburg, placed on Marine Slip and repairs made. Practically no damage to Hull … Ship now in good condition and class confirmed." Photos by MacAskill show her with mast broken and covered in ice in Halifax Harbour. By 1923, vessel was owned by F.K. Warren, Halifax, but sailed out of Weymouth.