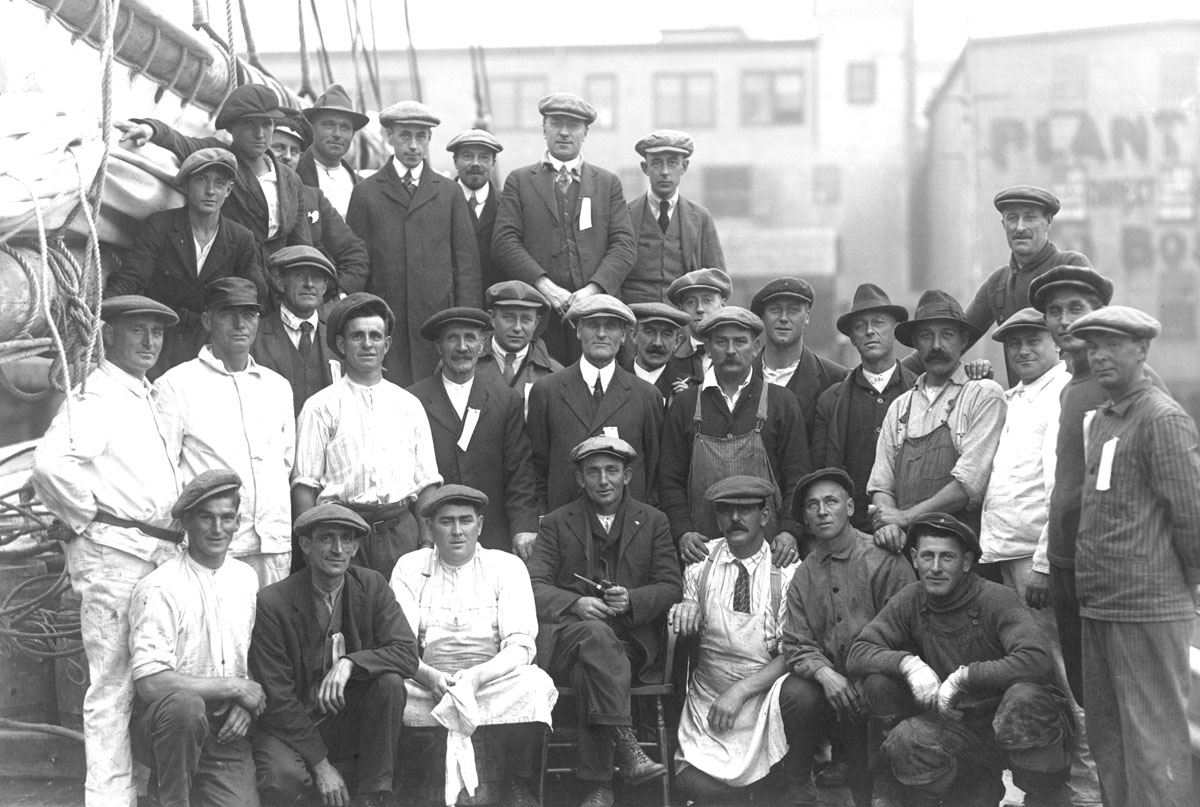 Crew of the Bluenose at the A.M. Smith Wharves, Halifax, NS. The man standing behind Captain Angus Walters appears to be Captain Ben Pine. He is wearing a ribbon, as are several others in the photograph. These may be members of the crew of the Columbia.