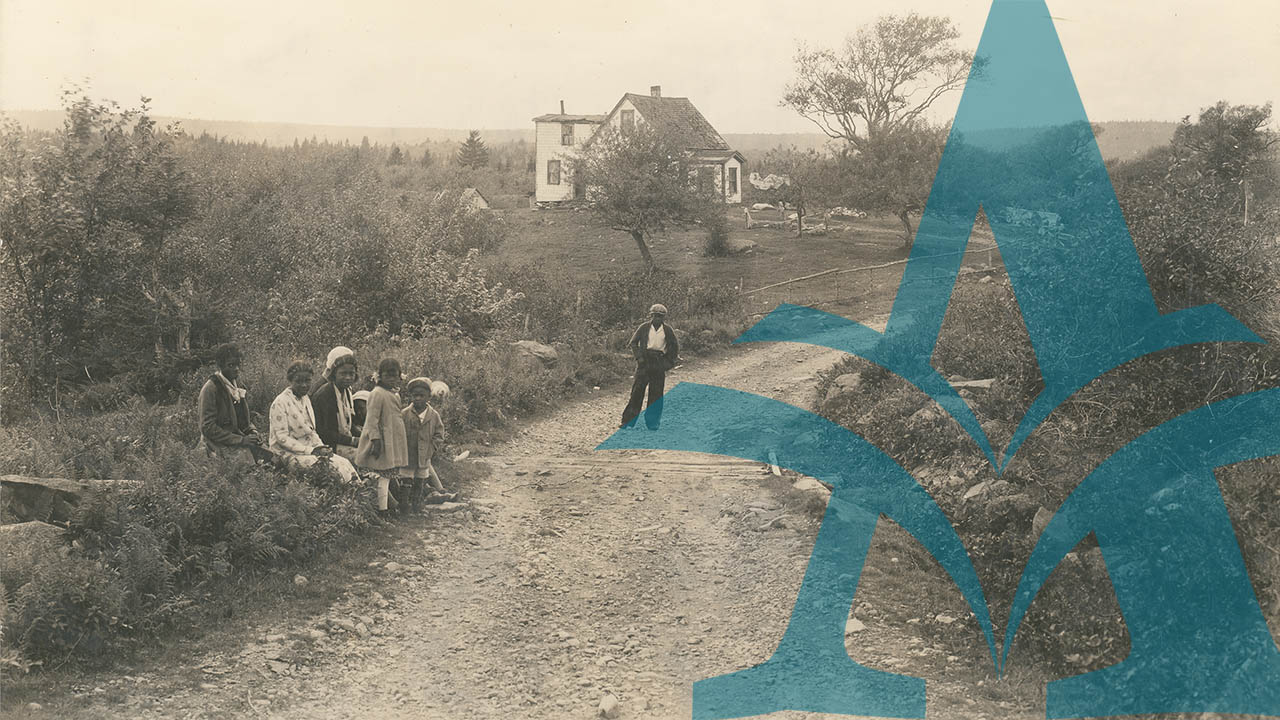 House at North Preston, with group of children in the foreground

Return of Black People at Halifax Arrived from the Chesapeake

Approximately 10,000 black people came to Nova Scotia between 1749 and 1816. This virtual exhibit celebrates the lives of Barbary (Barbara) Cuffy, Rose Fortune, Lydia Jackson, Richard Preston, Gabriel Hall, William Hall VC, and the many other African Nova Scotians who arrived during that time. It showcases more than 100 documents reflecting the early African Nova Scotian experience. The exhibit focuses on the period between 1749 and 1834, dates which mark the founding of Halifax and the coming into effect of legislation abolishing slavery in the British colonies, respectively. The year 1749 is also the beginning of the period for which Nova Scotia Archives holds adequate documentary sources; and the exhibit relies largely on material at Nova Scotia Archives .

However, the founding of Halifax does not mark either the beginning of African Nova Scotian history or the introduction of slavery into Nova Scotia. African Nova Scotian history dates back to the Acadian period, 1604-1755. Black people accompanied the early French explorers to Acadia. During the 1606 voyage of Poutrincourt and Lescarbot from France to Port Royal, an unknown black man aboard their ship, Jonah, died of scurvy. The name of Mathieu da Costa, a man of African descent, is associated with the early French exploration of Acadia. While at Amsterdam in 1608, he signed a contract with Pierre du Gua de Monts (de Mons), founder of Port Royal, to provide services as an interpreter in Canada and Acadia from 1609 to 1612. Whether or how da Costa fulfilled the terms of the contract is not known. The first identified black resident of Acadia, "La Liberté, Le Neigre, " appears at Cape Sable in the census of 1686. Slaveholding was common at Louisbourg (1713-58). It also dates back to the Acadian period in what is now mainland Nova Scotia, although its extent is not adequately documented.

The exhibit includes striking images by artists of the day. Among those portrayed are an unknown black woodcutter at Shelburne in 1788, and a family, probably from Upper Hammonds Plains, heading to the Halifax market on a Saturday morning in 1835.

Visitors will also find a virtual photo exhibit, depicting several African Nova Scotian settlements and descendants of early African Nova Scotians, 1880-1955. Among the communities photographed are Preston, Upper Hammonds Plains and Five Mile Plains. There are also memorable individual portraits. Eliza Brody of Sunnyville appears with a grandson or great-grandson about 1905, seated on her bed that was covered with a traditional handmade quilt. John Farmer of Birchtown was photographed during the early 1930s in front of the house he built with money earned in the Grand Banks fishery.

We hope you will enjoy our depiction of this remarkable Nova Scotian chapter in the history of the African Diaspora. We trust you will find it informative and meaningful, whether you are a newcomer to the subject or already well versed in African Nova Scotian history.