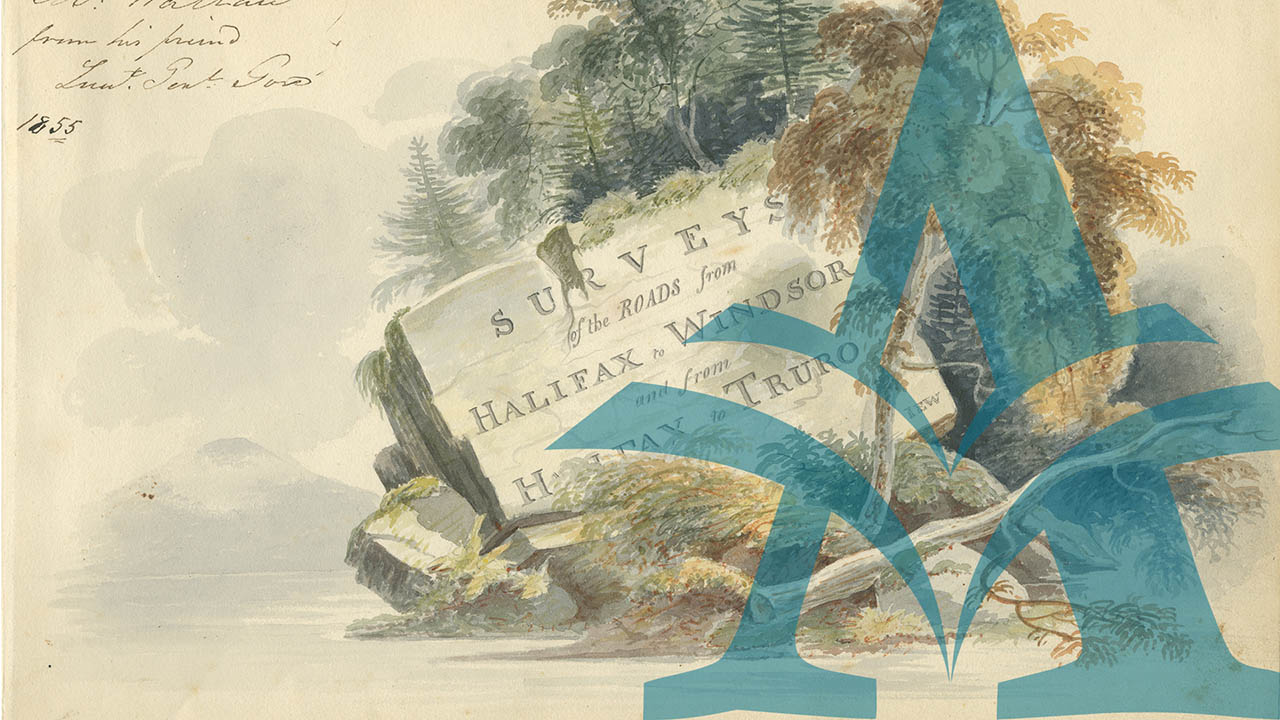 Surveys: The Roads from Halifax to Windsor and Truro, 1817-18

In 1816, George Ramsay (1770-1838), the 9th Earl of Dalhousie, arrived in Nova Scotia to serve as Lieutenant-Governor for the colony. With him came John Elliott Woolford (1778-1866), employed as 'landscape and portrait painter and Draughtsman to His Excellency.' The two men spent only four years in Nova Scotia, nearly two centuries ago, but left behind a significant legacy for us to explore and enjoy today.

While in the province, Lord Dalhousie kept regular journals of his daily activities and his many travels, describing the communities he visited and the individuals he encountered. Woolford, whose specialty was line-and-wash drawings in sepia, accompanied the governor on many of these journeys, sketching and drawing along the way.

Each sheet captures in detail the topographical features to be expected when travelling that section of the route, notes the mileage from Halifax, and identifies by name, the sequence of inns, houses, properties and other notable buildings encountered along the way. Make sure you click on the individual map images in order to find the rich descriptive notes added beneath each, including excerpts from Dalhousie's journals recounting his experiences along both routes.

Many buildings or locales which Woolford identified and Dalhousie described were still in existence in the early twentieth century, and some of them remain today. A number of historical photographs, artworks and related documents have been added in a separate virtual exhibit to complement Woolford's maps and Dalhousie's experiences.

We've provided several options for you to explore Woolford's Survey. From Halifax to Sackville there was only one road. In Sackville, the road branched at Fultz's Inn (Sheet 3); travellers went left for Windsor or right for Truro. So, your choices are: