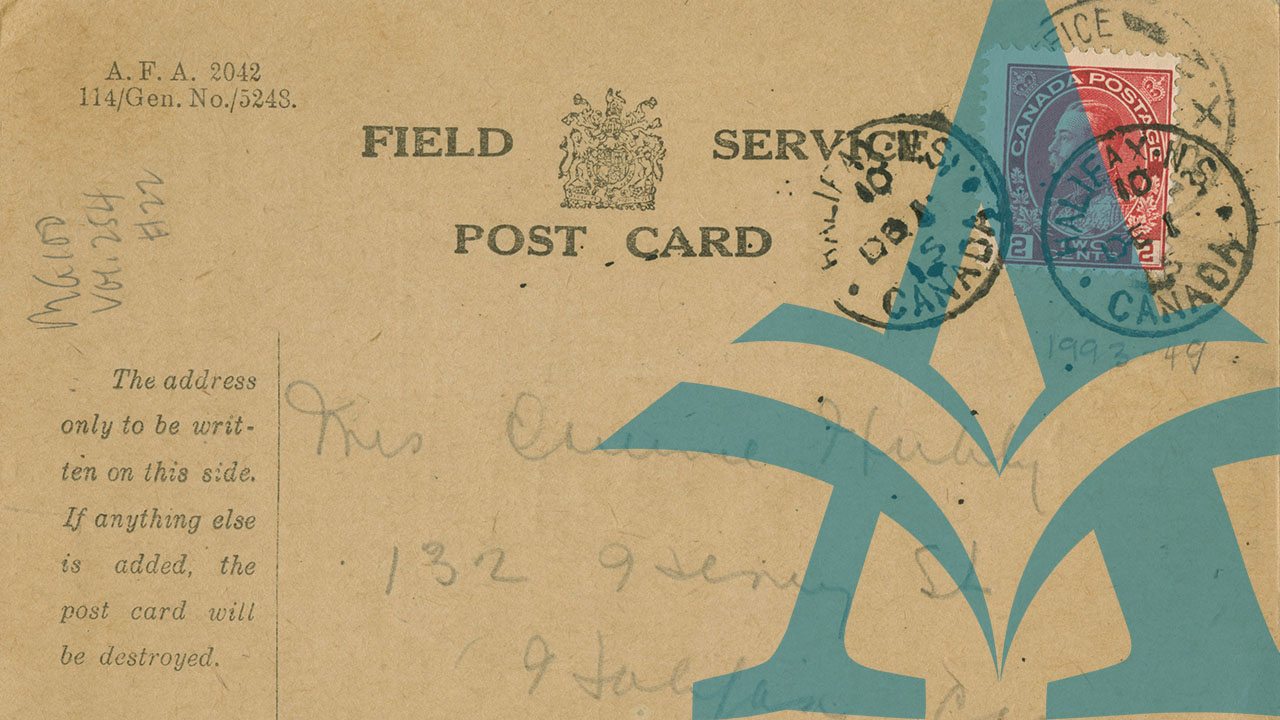 Correspondence from the First World War

For the 30,000 Nova Scotians who served overseas in the First World War, letters home and letters from home were lifelines in a strange and fragile world. All too often, such letters were later saved and treasured as the last tangible links to those who did not return. We are pleased now to share some of these letters with our Internet audience.

In Nova Scotia, war-time recruitment began in October 1914, but the first provincially-trained service personnel did not set out until 20 May 1915, when the RMS Saxonia left Pier 2 in Halifax, with 1000 men and 32 officers of the 25th Battalion on board. They arrived in Devonport on 29 May, and like all troops coming from overseas, undertook further training in England before being deployed to the battlefields in France.

What began as a not-to-be-missed 'great adventure' for so many of Nova Scotia's young men quickly became a nightmare of catastrophic proportions and outcomes. The letters home began upon arrival at the training depots in England, and were often lengthy and descriptive. Letters from the front, however, were heavily censored — sometimes only a printed postcard form with the appropriate information box ticked. All of them, lengthy or brief, are stark reminders of a world gone mad, where the boundaries between boredom and death were essentially meaningless.