The virtual exhibit presented here features, in digitized format, original First Class and Second Class Passenger Lists from the maiden voyage of RMS Titanic, the diary of Clifford Crease, a crewman on the CS Mackay-Bennett, various photographs taken at the time of the disaster, and a series of official records documenting the recovery, identification and disposition of two bodies, namely those of Ramon Artagaveytia and Alfred Rowe, retrieved at the disaster scene and brought to Halifax. These latter records are taken from the Fatality Reports presented elsewhere on this site in their entirety. The records are extensive and give shape to the lives of two individuals who died on the Titanic, but about whom very little else has ever been discovered. 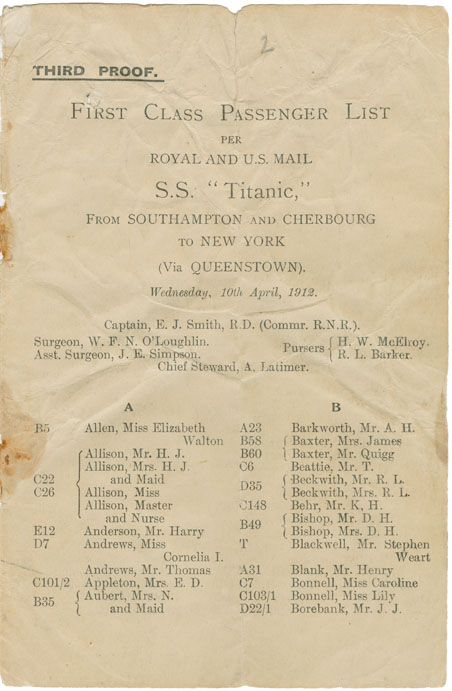 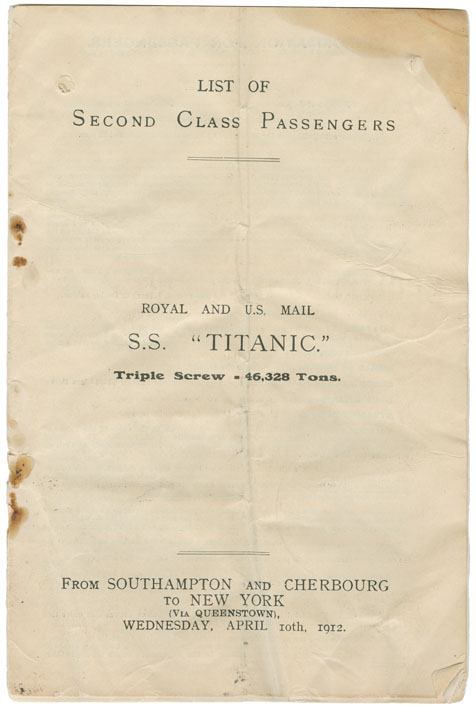 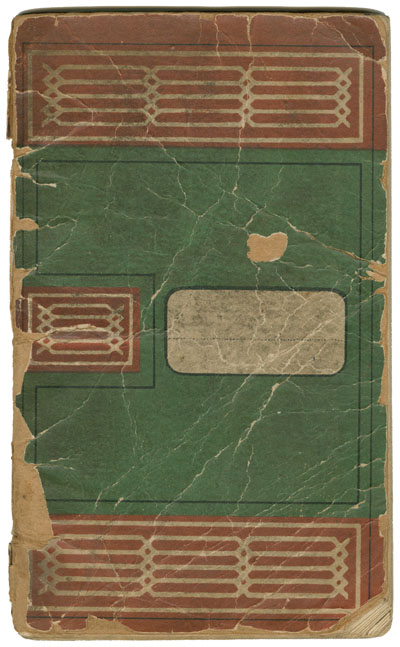 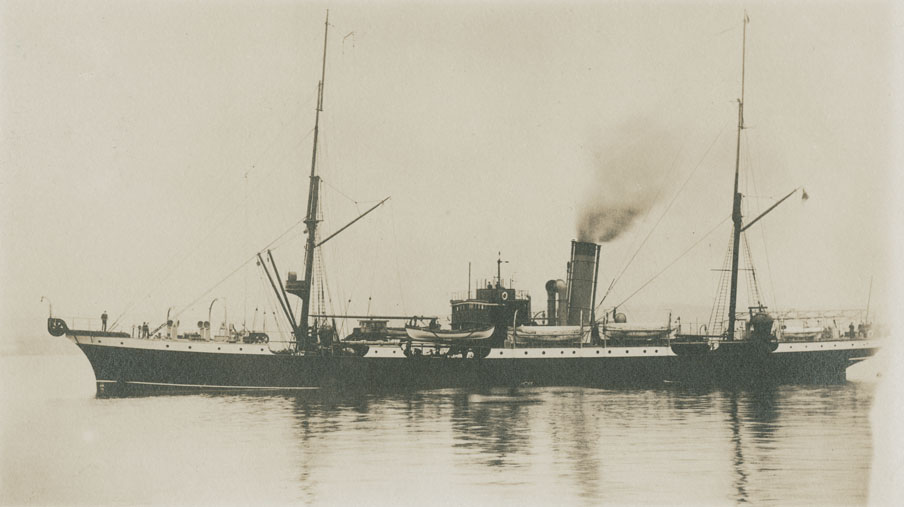 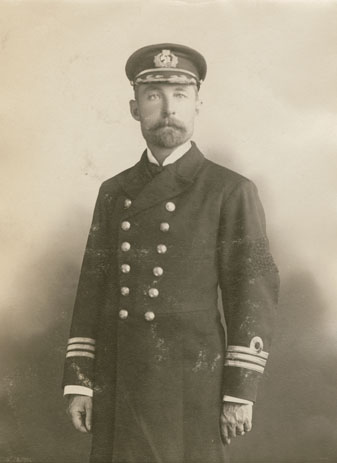 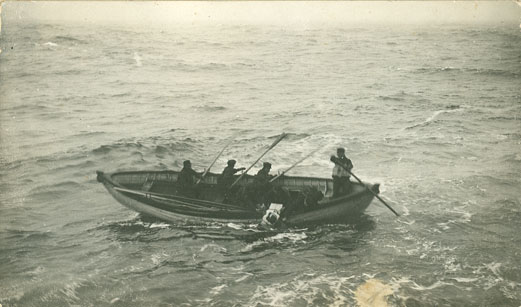 Body of RMS Titanic victim being picked up at sea 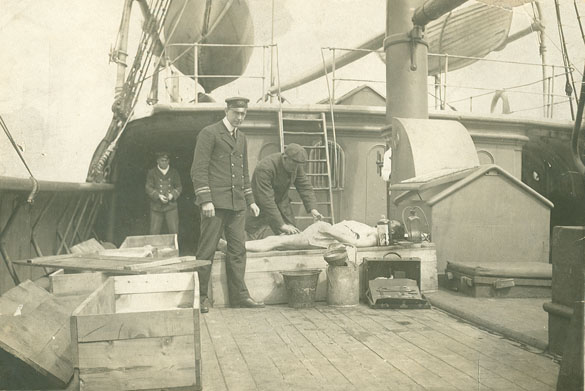 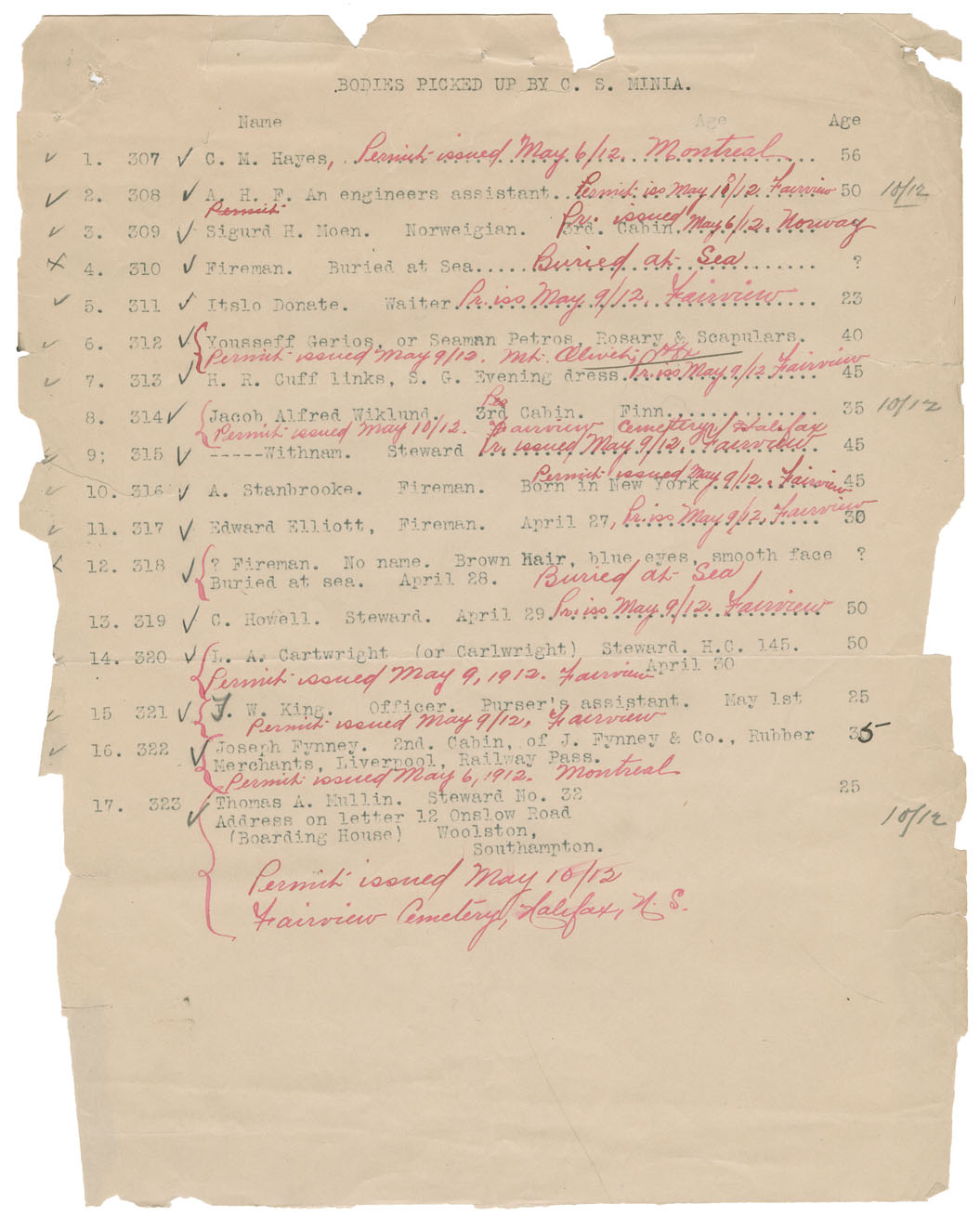 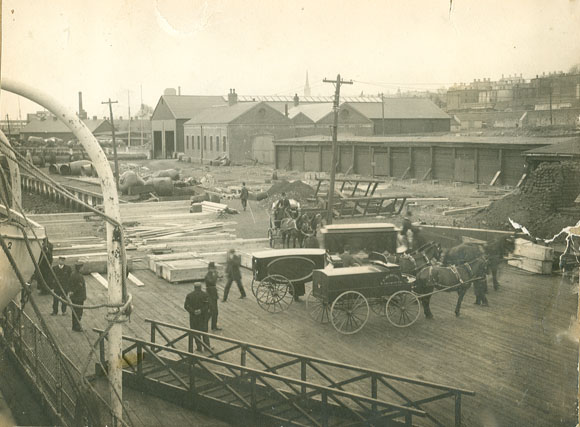 Hearses lined up on Halifax wharf 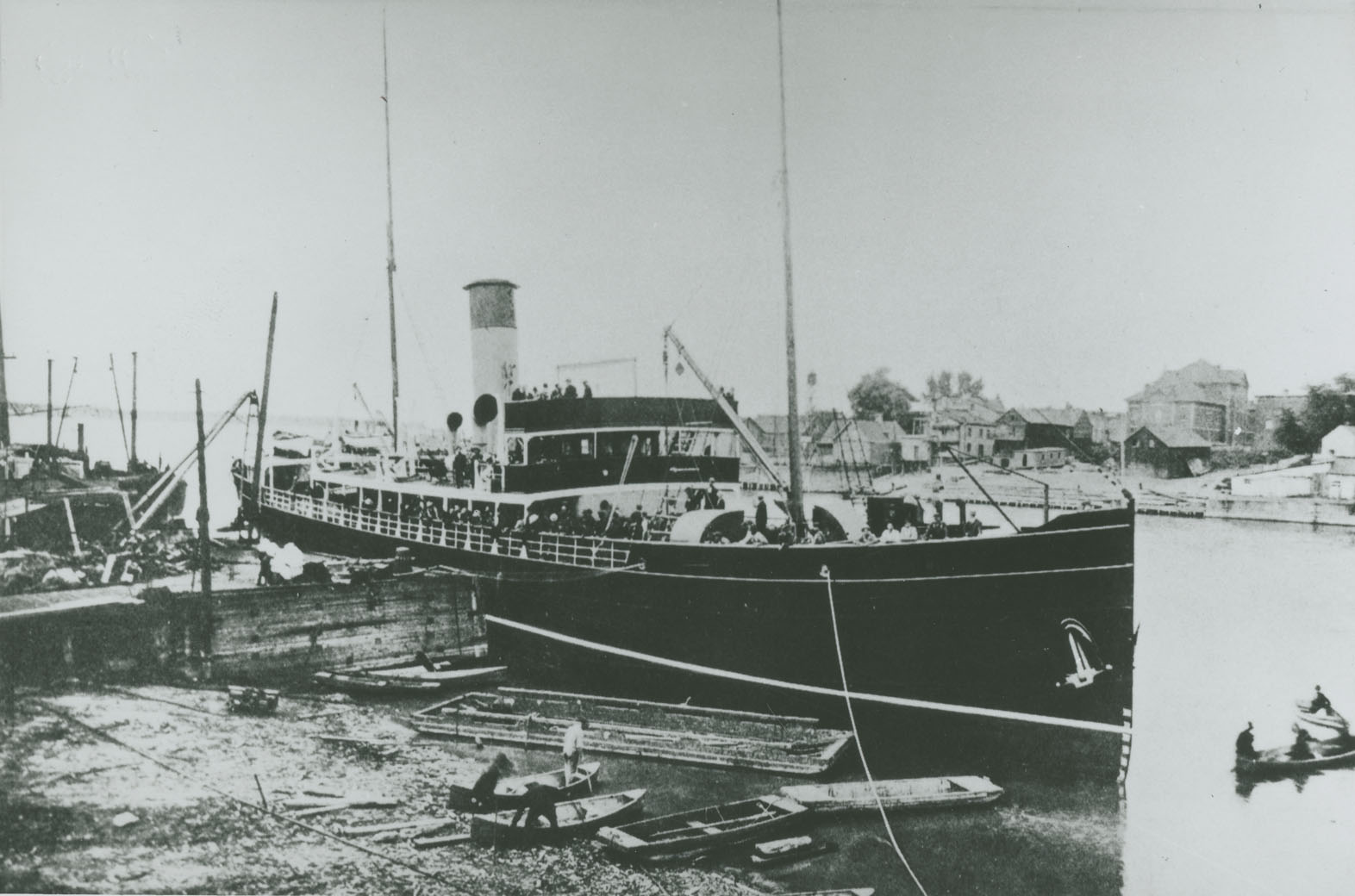 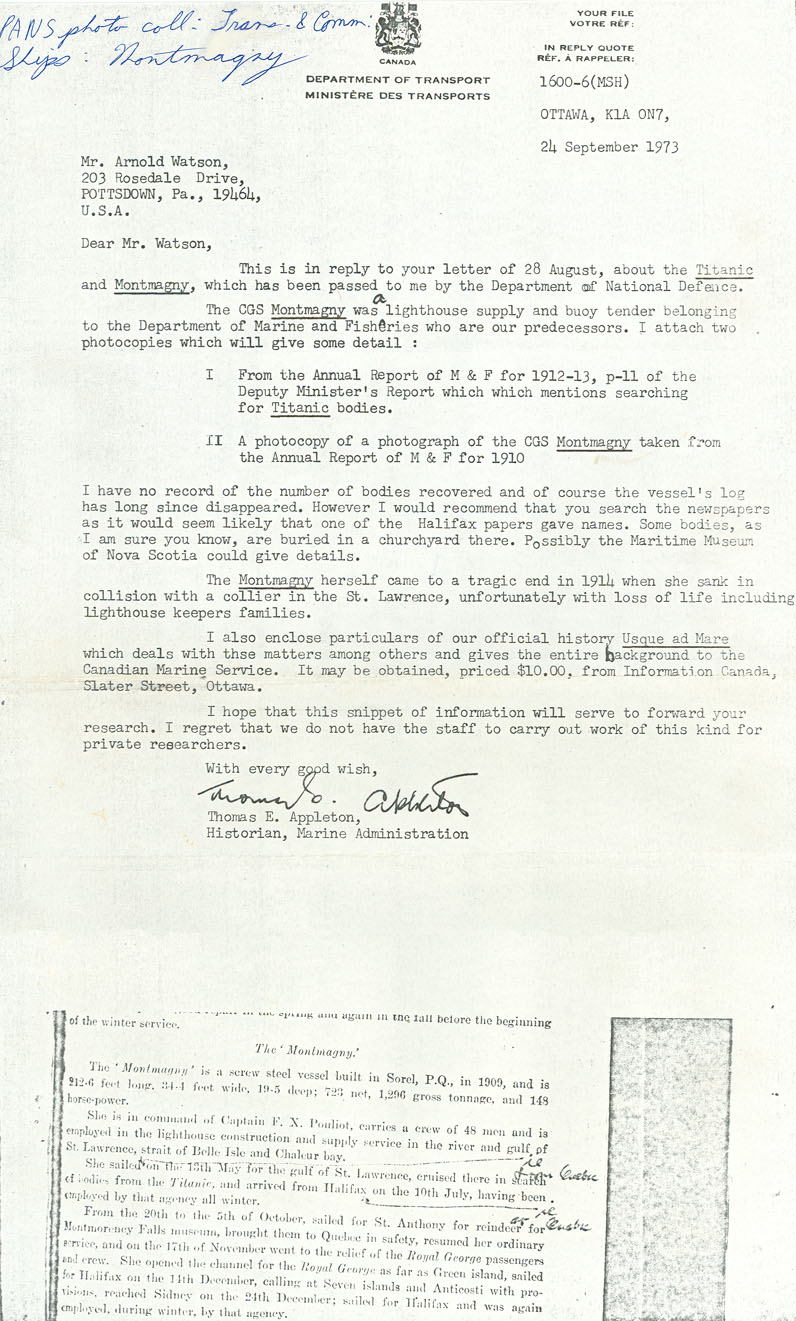 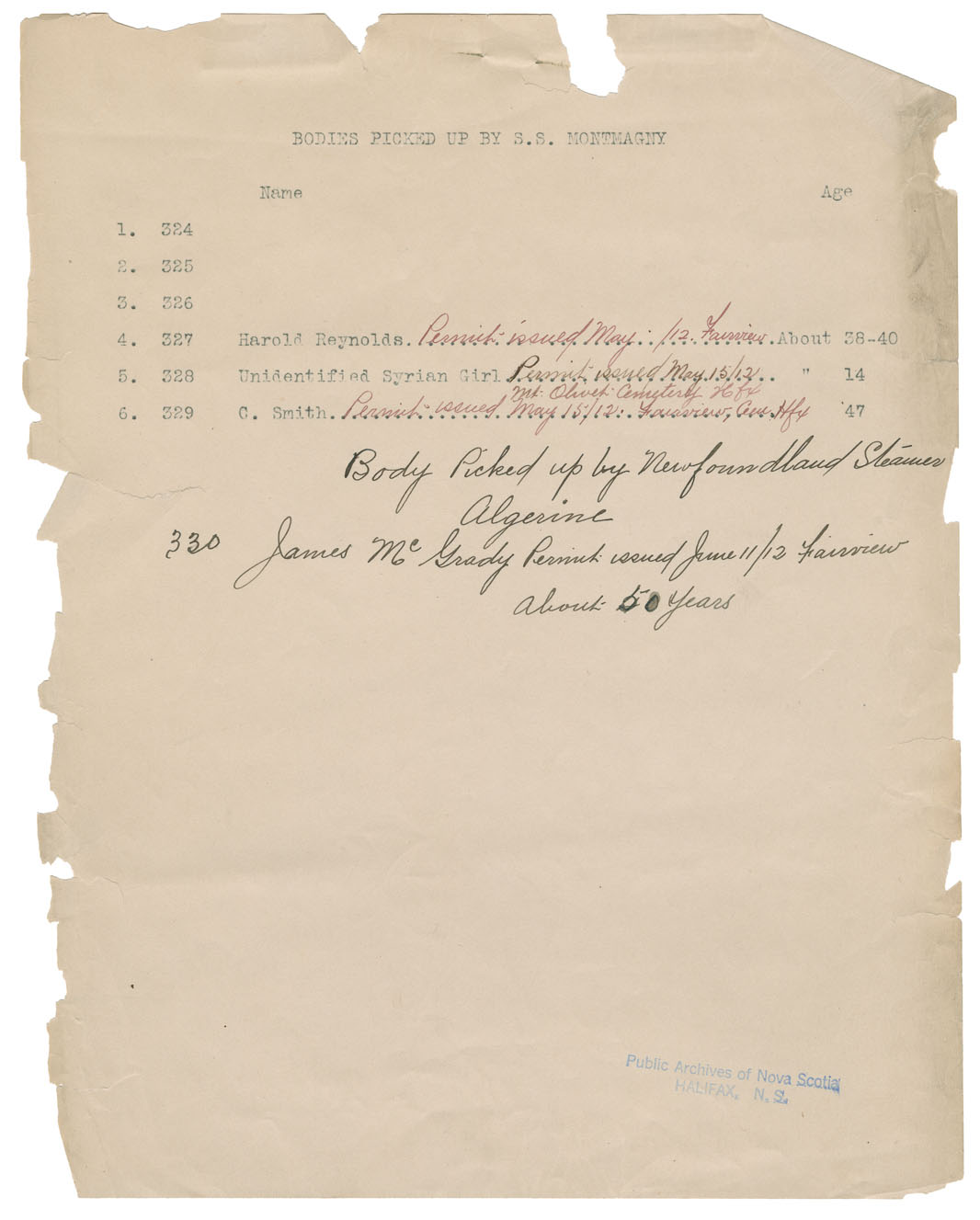 List of bodies recovered by CGS Montmagny and SS Algerine 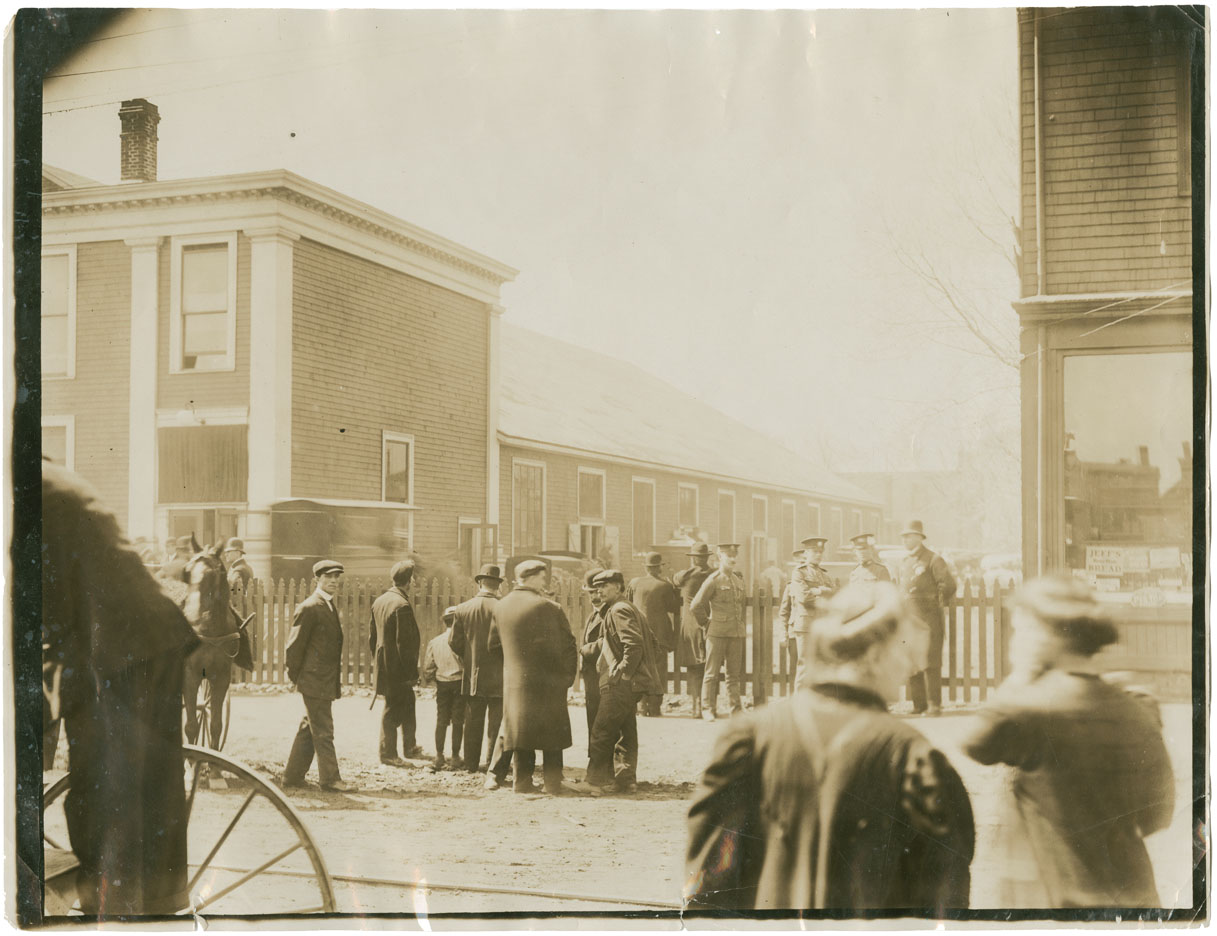 Receiving the bodies at the Morgue 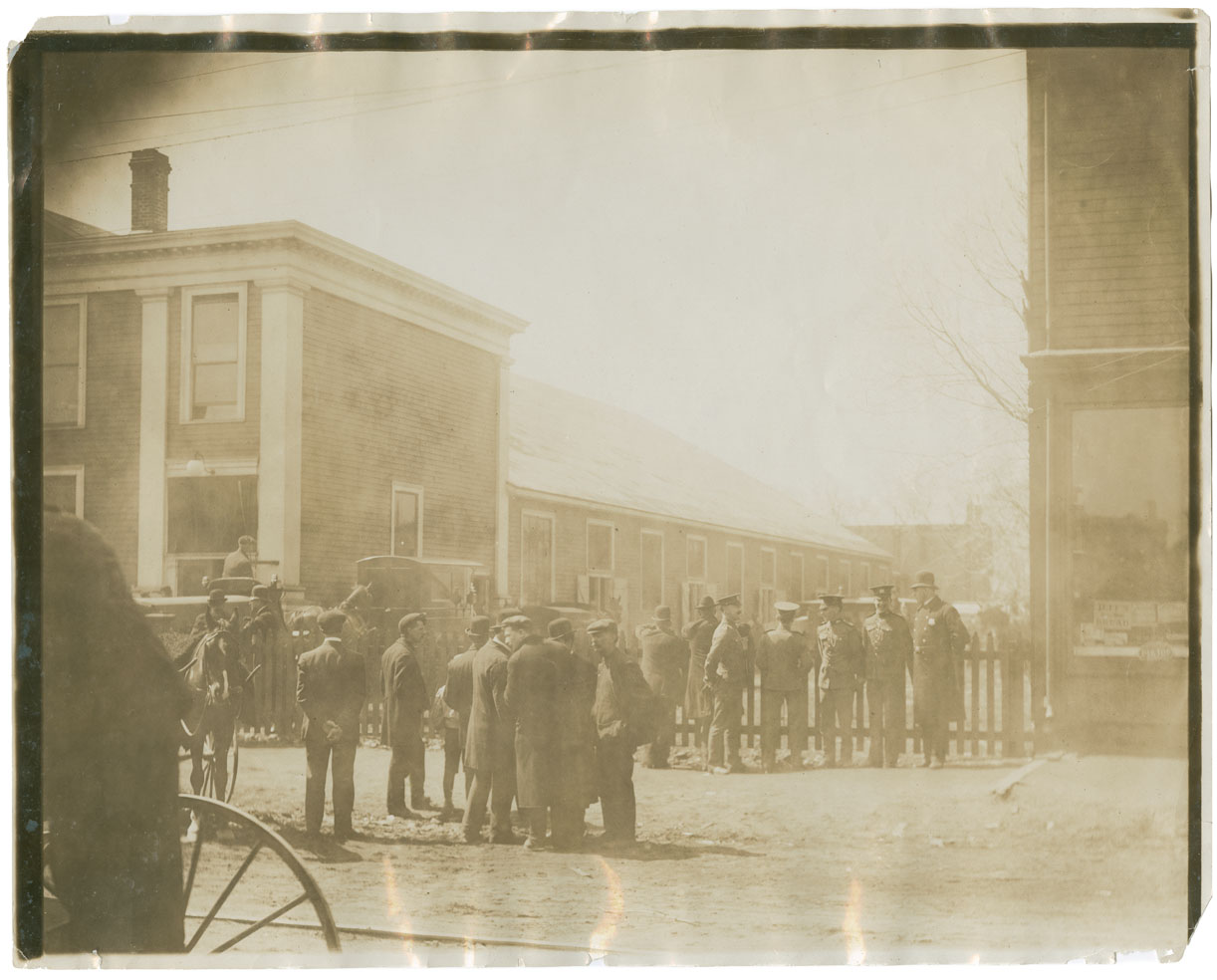 Receiving bodies from the RMS Titanic