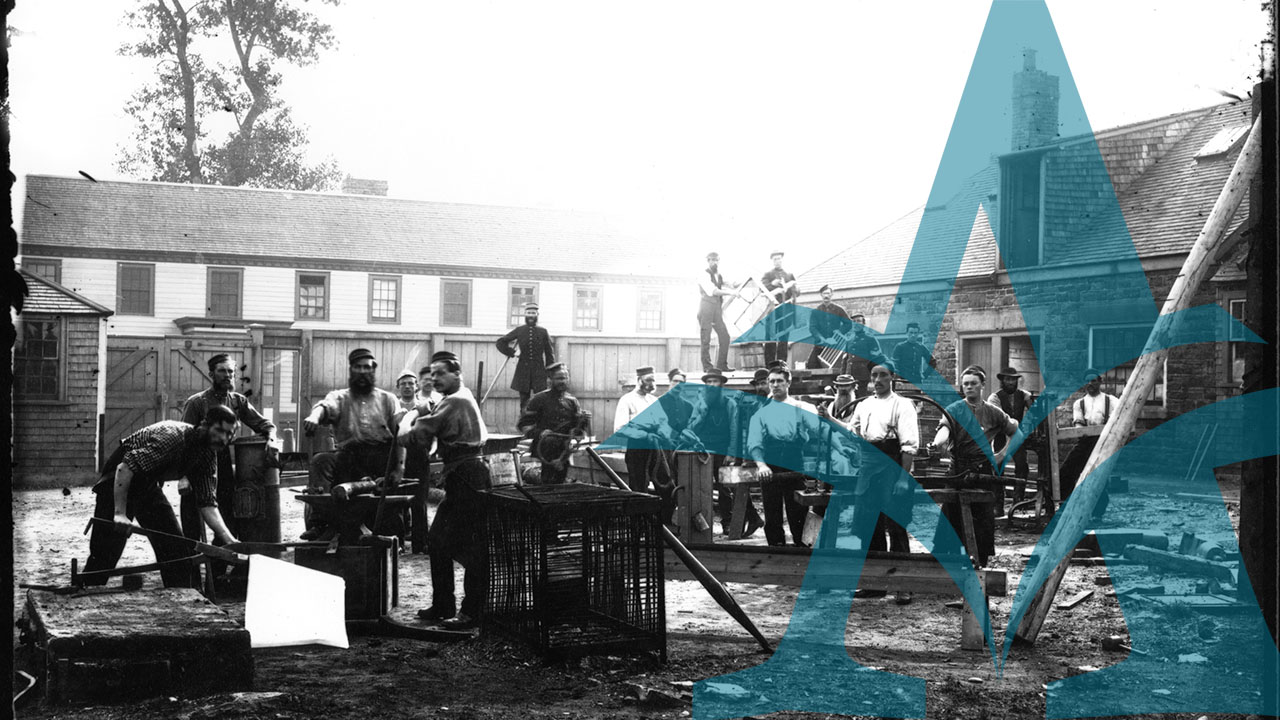 The Royal Engineers in Halifax

When the British forces departed Halifax in the spring of 1906, the Royal Engineers were the very last contingent to leave — thus holding, along with the Royal Artillery, the record for the longest-serving British military unit stationed in Nova Scotia. The Engineers were here from the early days of the garrison city, and remained until responsibilities for national defence were transferred to appropriate units of the newly-established Canadian armed forces.

The Royal Engineers continue today as that branch of the British Army responsible for construction and maintenance of all military buildings and installations — fortifications large and small, barracks and official residences, offices, storehouses, ammunition magazines and depots, hospitals, prisons and a broad range of related facilities. The Engineers also carry out surveying and demolition work, and are sometimes involved in large-scale civil construction projects such as roads, canals and bridges.

One of their activities in Halifax during the last quarter of the nineteenth century was to undertake a detailed photographic inventory of the local defence complex. This exercise was an extension of their survey work and also ensured that a systematic record existed for managing the properties for which the Engineers were accountable.

The camera and photography were still relatively new at that time, and the varied uses to which they could be put were being examined with interest. The product created by the Engineers in Halifax extends beyond a mere inventory of buildings and fortifications, to explore the broader possibilities which photography offered for systematically capturing, classifying and ordering the Victorian world — in this case, the military landscape in which the Engineers lived and worked, and for which they were responsible.

The results are presented here, in a series of 259 photographic images taken between 1870 and ca.1885. It seems likely that several thousand glass-plate negatives were produced in total, with each assigned a four-digit control number. At some point in time, perhaps when the collection (or part of it) was transferred ca.1903 to the new Royal Canadian Engineers, an additional three-digit number was assigned to each image.

This latter sequence is the one which Harry Piers followed, for the most part, in annotating the series; and it is the sequence used here in presenting the exhibit. Gaps in the three-digit numbering usually denote the loss of individual plates, normally through breakage. It is unknown whether additional plates survive from the original collection, beyond the approximately 400 held by Nova Scotia Archives; and if so, whether they were transferred to England in 1906.

Harry Piers (1870-1940), curator of the Provincial Museum from 1899 until his death, was a man of encyclopaedic knowledge regarding the natural, cultural and military history of our province. Fortunately for us, he examined the Royal Engineers' photographs sometime around 1900, and again in 1930 when the collection was transferred to the Museum. His eye missed nothing, and we have therefore decided to include here the minute descriptions, exactly as he wrote them, which accompany almost every photographic plate in the series.