Collins & Allison announce their partnership and sale of prizes 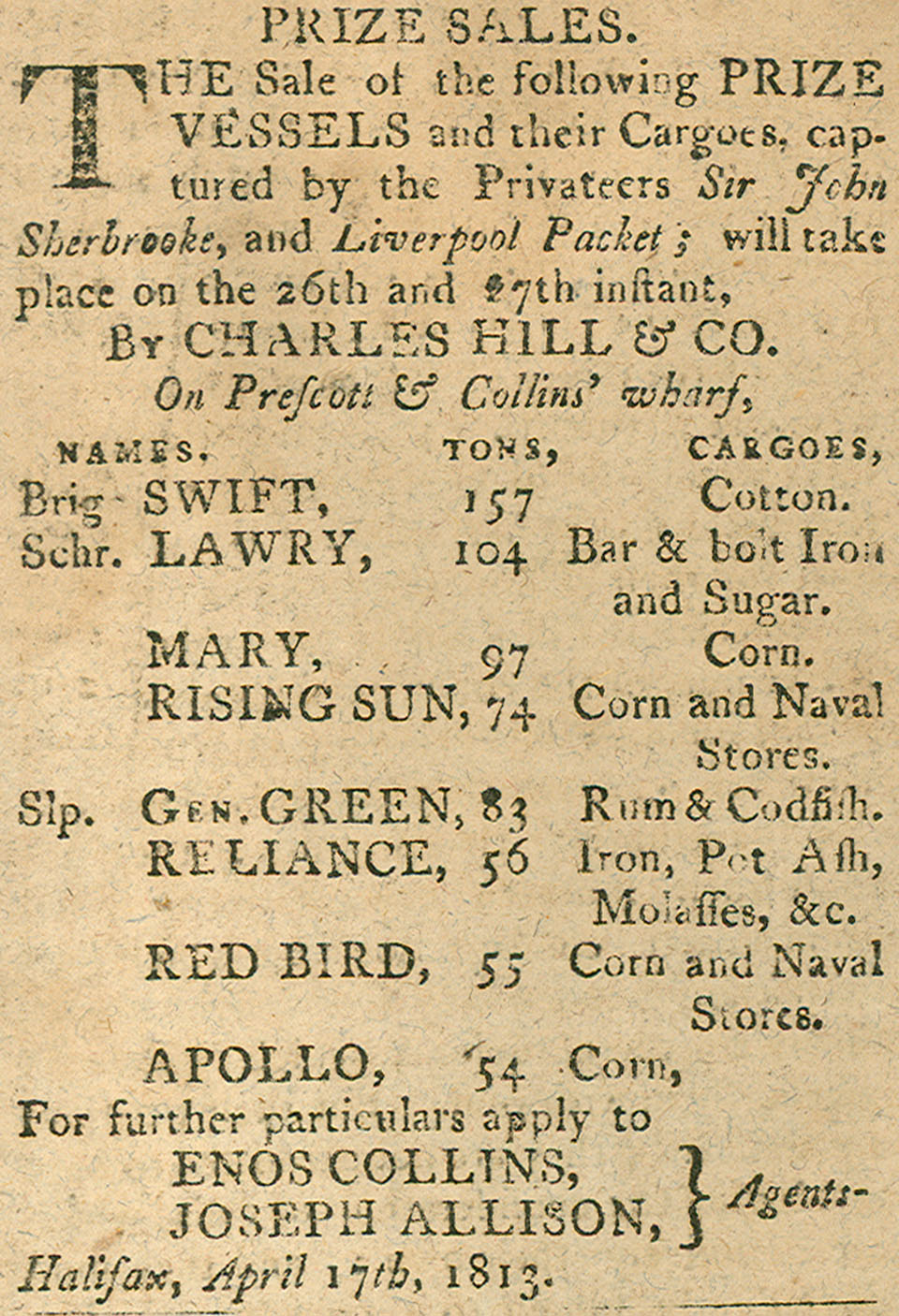 Enos Collins, Nova Scotia’s most successful privateer, began his career in Liverpool, serving as first mate on the Charles Mary Wentworth in 1799-1800. Later he moved to Halifax, set up as a merchant and invested heavily in the ownership of privateers, including the Liverpool Packet.