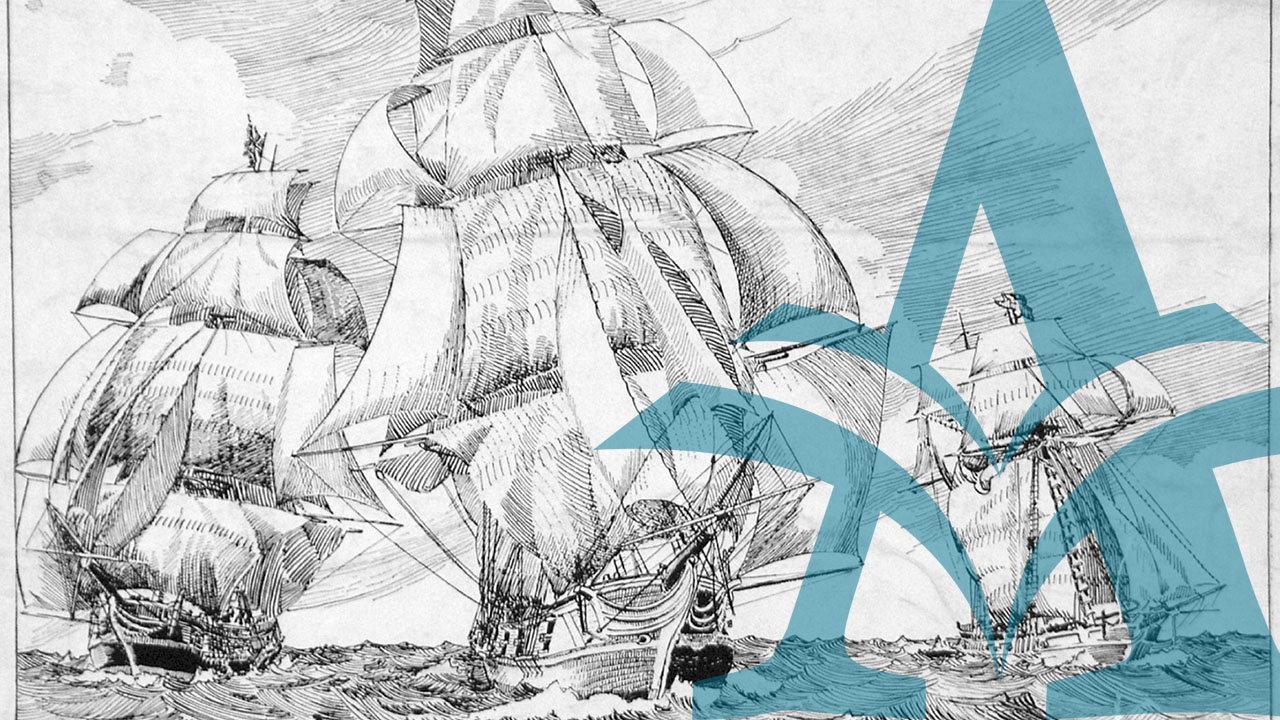 Privateer: An armed vessel owned and crewed by private individuals and holding a government commission authorizing its use in war, esp. in the capture of merchant shipping.

Privateering was a recognized part of war-at-sea in Nova Scotia's offshore waters, beginning in the 1750s and continuing to the end of the Napoleonic Era. Vessels sailing out of home ports such as Halifax and Liverpool roamed the North Atlantic and ventured as far south as Caribbean waters off Venezuela. Their adventures were many, their successes mixed; privateering was dangerous and risky business.

Nova Scotians have always been divided over how to regard the story of these sea-going ventures. Many considered privateering immoral, "little better than legalized piracy"; others have viewed it as an activity born of economic necessity. Enos Collins, the greatest and most successful privateersman of them all, refused to be drawn into the debate: "You will observe, sir, that there were many things happened we don't care to talk about."

This online exploration of privateering in Nova Scotia contains the following:

Thanks are extended to David Sutherland (Halifax, NS) for his generous assistance throughout the project — writing the Introduction; developing the guides to primary research sources and secondary published materials; and researching, selecting and writing accompanying notes for the newspaper extracts and related documents featured in the Virtual Exhibit. Thanks are also extended to the Dalhousie University Archives (Halifax, NS) for making both the log-book of the Dart and original artwork by T.W. Hayhurst available for digitization purposes; and to the Nova Scotia Legislative Library (Halifax, NS) for providing access to issues of contemporary Halifax newspapers not held at the Nova Scotia Archives.