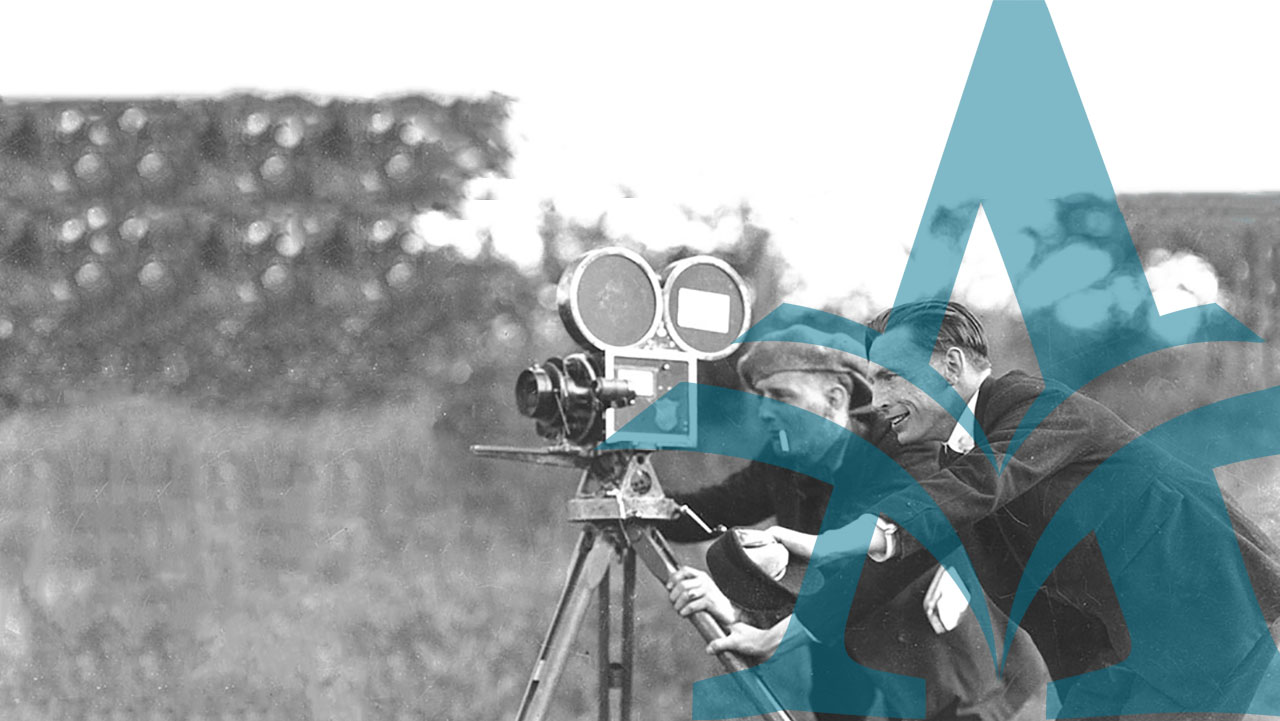 The website you're about to explore has been created to celebrate nearly a century of filmmaking in Nova Scotia. From the extensive collection of archival footage held at Nova Scotia Archives, we've selected 87 'movies' that highlight the first four decades of amateur and professional cinematography in this province. We believe this is the largest selection of archival film footage yet digitized and made available online in Canada.

The 87 films total 51,000 feet and 1,390 minutes' running time – just under 24 hours! – which we've broken into over 1,000 small clips to enable optimum online viewing, either on this website or via our YouTube channel. The footage has been selected from 16 separate collections held at the Nova Scotia Archives; you can read more about the individual cinematographers on the Nova Scotia Filmmakers page.

The Virtual Cinema rolls in chronological order, beginning with W.G. MacLaughlan's 1917 Explosion footage and ending with several promotional films produced by the Nova Scotia Film Bureau in the 1950s.

In between, the Virtual Cinema runs in chronological order and includes representative samples of other professional filmmakers such as E.A. Bollinger and Sam Short, as well as a wide variety of semi-professional and home-movie footage. The films begin in black-and-white, but by the 1930s there is some colour footage. Captioning is occasionally provided in the earlier productions and sound in the later ones, most notably those produced by the Film Bureau.

Almost every region of the province is represented, with an emphasis on everyday activities, outdoor life, iconic scenery, natural resources and industry. Be sure to explore Alexander Leighton's filming of a traditional Mi'kmaq porpoise hunt at Bear River, Digby County in 1936. Charles Balish's home movies from Lockeport, taken in the same decade, portray Nova Scotia from the perspective of a recent immigrant family, and include unique footage of the Lockeport Strike in 1938. Other highlights include the Bear River Cherry Carnival in 1928, a trip around the Cabot Trail before it was paved, the 1945 V-E Day Riots in Halifax, and footage of Babe Ruth and Winston Churchill visiting the province.

Nova Scotia's early film-makers were an intrepid lot. They filmed outdoors, they went everywhere, and they took their cameras with them when they left the province. Some of the most intriguing footage in the Virtual Cinema was shot informally, outside Nova Scotia, by early home-movie aficionados. These 'tourist' films feature Bermuda, Nassau, Jamaica, New York City, California, the Southern US, Montreal, the Gaspé, England and Europe — and include landmark events such as the funeral of King George V (1936) and the 1939 Royal Visit. They reveal much about Nova Scotians looking beyond themselves and at the world around them, finding that world extremely interesting ...and capturing it on film.

The Background Reading section features articles by film historians Darrell Varga and Ernest Dick, as well as a brief history of film in Nova Scotia taken from Eastern Eye: A Nova Scotia Filmography, 1899-1973 — which is presented elsewhere on this site in its entirety, as a value-added research resource. Together, these articles provide background and context for the history of filmmaking in the province and suggest ways to further explore, enjoy and think about the footage presented here. Viewing these films from the perspective of the 21st century, for example, reminds us that the world was very different 'back then' — less complex, more optimistic — and the filmmakers represented here generally did not question what they were capturing on film.

Lastly, and online for the first time, a fully searchable Film Holdings Database identifies and provides detailed information about 4,948 individual works held in the film collection at the Nova Scotia Archives. As on online resource, this database will be of immense value to film researchers, film-makers and film scholars everywhere.

So... wherever you are, pull up a chair, make yourself comfortable, and settle in for a journey back in time to discover and explore 'the way we were' in Nova Scotia's earliest 'moving images'....