[embossed letterhead] HALIFAX DISASTER RECORD OFFICE, CHRONICLE BUILDING, HALIFAX, N.S.
4
By six o'clock some two hundred cases had passed through the main reception room which was converted into a dressing and first aid station. Fifty people were given shelter from the street that night in the Assembly Hall and hundreds fed who were hungry. Probably not less than one thousand were given free meals during the first three days, while three hundred injured cases received attention during the first two days. Some six hundred patients in all have been treated up to the time of writing, Saturday, Dec 22.
Dr. Codman, who has a private hospital in Boston, and who is an authority in hospital organization, started immediately on a special train with his staff of assistant doctors and nurses, carrying a stock of supplies. He arrived on Sunday morning and was put in charge of the Y.M.C.A. Hospital by the Military Medical Authorities. He soon had it well organized from top to bottom and it is regarded as one of the best adapted, best appointed and most successfully conducted hospitals in the city.
Since the beginning of the war the 'Y' building has been a sort of Military and Naval headquarters, and growing in use and in popularity. The week proceeding the disaster there was a record attendance, due partly to the assembling in the city of a large transport, made up of many nationalities. On the previous Saturday not less than two thousand Military and Naval men made use of the social priveleges [privileges] afforded them by this building. In the front lobby might be seen a bunch of American Navy boys gathered around a piano, giving an impromptu entertainment. In another room in the same floor might be seen another group around another piano: also having a jolly sing with an audience
[handwritten in pencil top right: MG 1 volume 2124 number 45 c] 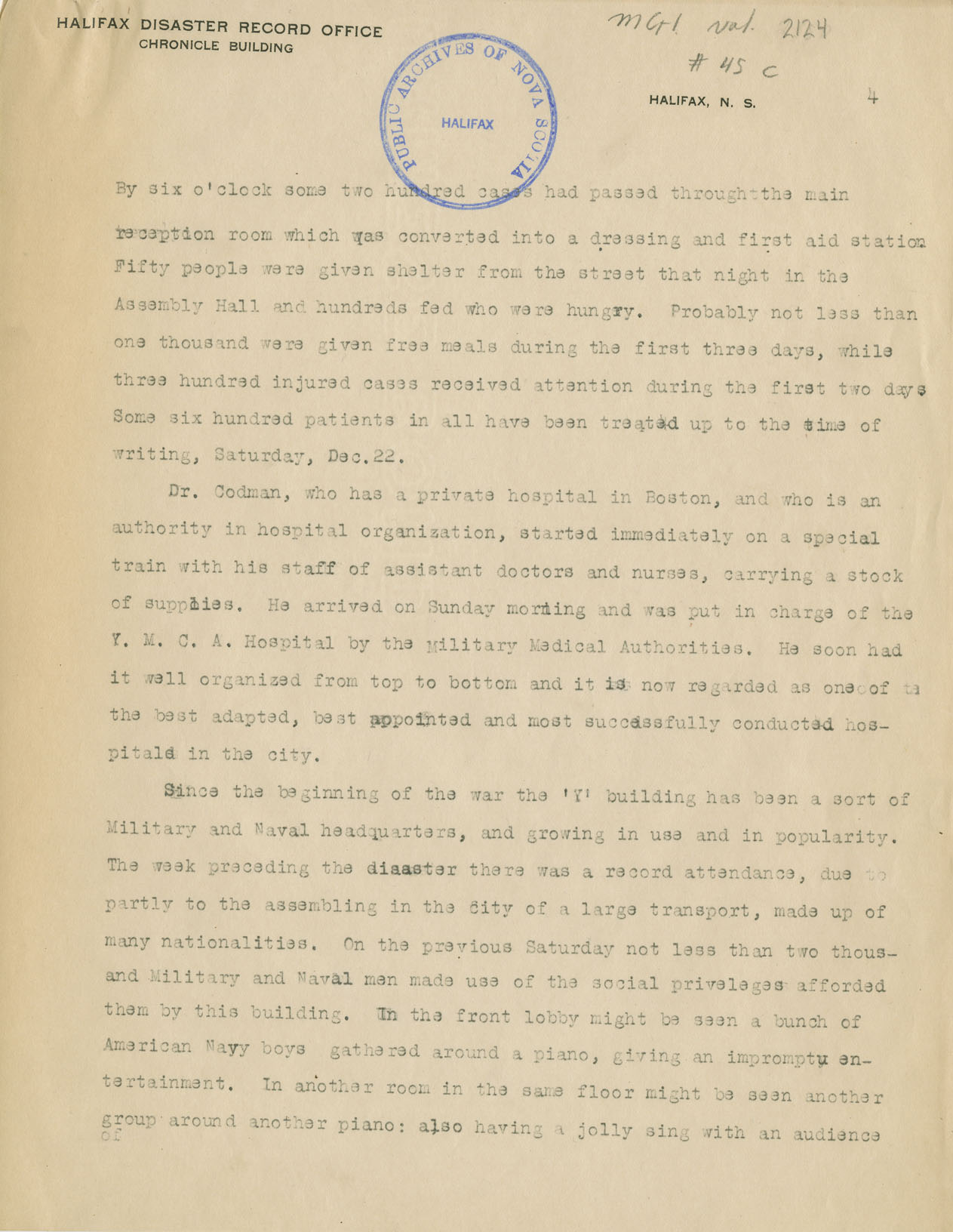